BB nest - sand badge
posted 1 year ago
This is a badge bit (BB) that is part of the PEP curriculum.  Completing this BB is part of getting the sand badge in Nest.

In this Badge Bit, you will setup a cloth napkin system.  (Note that this BB is part of an 8-part choose your own adventure list BB called the Jeeves List. You must complete eight Badge Bits in the Jeeves List.) 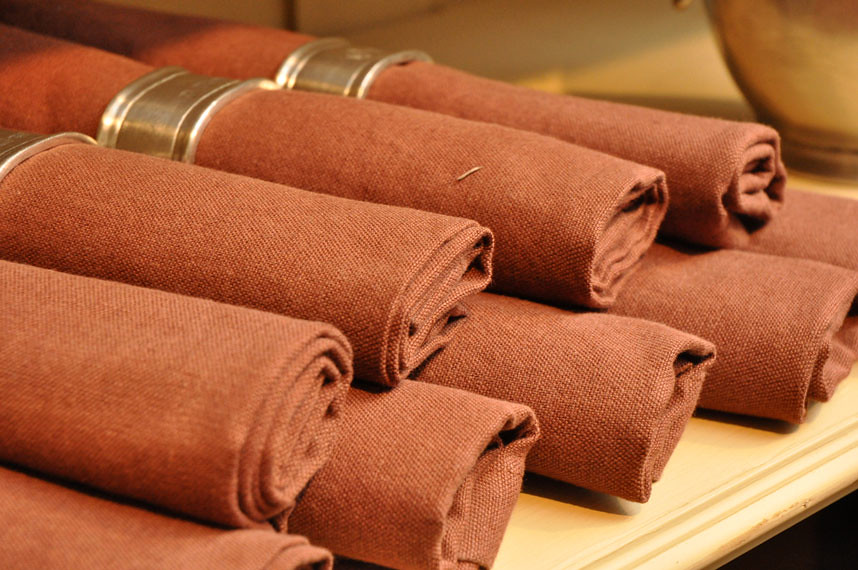 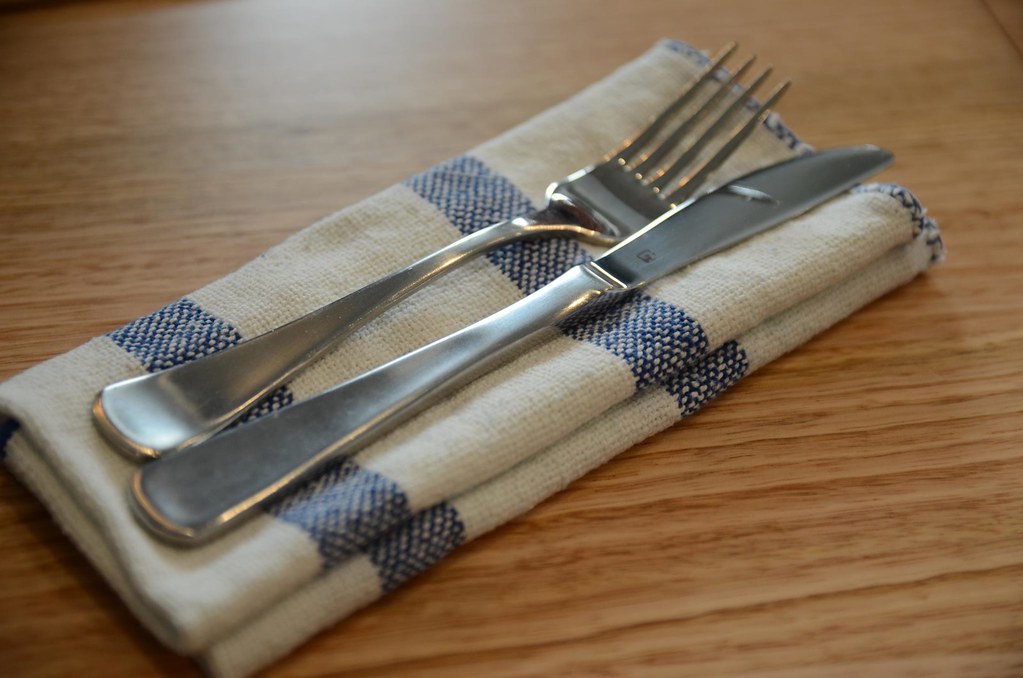 Some related articles
- Save Money and Reduce Waste with Cloth Napkins
- Problems with Easy Solutions: Cloth Napkins
- How to Wash, Iron, and Store Cloth Tablecloths and Linens
- Why You Should Switch to Cloth Napkins and How to Do It
- How to Create a Paperless Kitchen

To complete this BB, the minimum requirements are:
- set up a cloth napkin system
- dirty napkin basket (with labels)
- clean napkin storage

posted 1 year ago
Approved BB submission
About half a year ago, I made this little box to hold all our napkins. Once they are dirty, they go in our rag bag, which gets washed every few day, as we generate a lot of dirty napkins, towels and rags cleaning up after our kids. The rag bag and it's napkins get washed with a little bit extra detergent than a normal load, and if things are really messy in there, I wash it on hot to help remove the grease and gunk in the rags, napkins, etc. 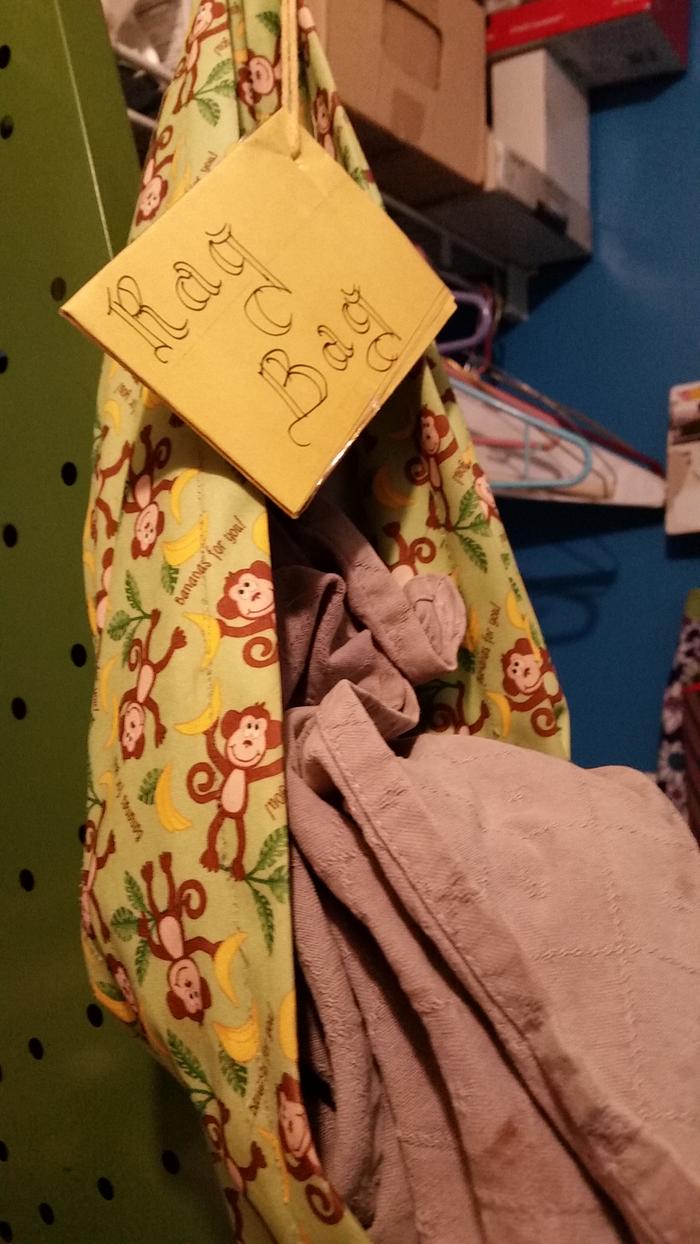 posted 1 year ago
Approved BB submission
They are washed at the same time as the towels. Dark towels don't risk stains.
Dirty-rags-and-napkins..jpg
The-clean-napkin-box..jpg

posted 7 months ago
We love our cloth napkins! I made ours from some cute fabric scraps that I had laying around the house.
We've been using ours for a couple years now, but I had to whip up a few more last week because some of the napkins have mysteriously disappeared (napkin fairies!!)

Clean napkins live in a little basket on the kitchen table

Dirty napkins go in our small bin along with towels, washclothes and rags. They get washed with bleach, which none of our other laundry gets.

The bin isn't labeled because we've been using this system for almost three years now and no one in the house needs the reminder of where things go anymore.

Carolyne Castner wrote:We love our cloth napkins! I made ours from some cute fabric scraps that I had laying around the house.
We've been using ours for a couple years now, but I had to whip up a few more last week because some of the napkins have mysteriously disappeared (napkin fairies!!)

The bin isn't labeled because we've been using this system for almost three years now and no one in the house needs the reminder of where things go anymore.

Fixing Pics that weren't showing up!

posted 5 months ago
Approved BB submission
We have nearly 100 cloth napkins, which seems a bit excessive for 2 guys, no matter how messy 😀

I gathered them from thrift stores and made a bunch back in 2017 for our wedding. Now, maybe 20 of them are in regular use at home, and the others are taken to local events for use instead of paper ones.

Napkins are washed in the regular laundry: cold water wash in a clothes washer, home made laundry soap, hung to dry. Unless unusually gross, in which case they might get rinsed out first, or put in a separate rag load.

I certify this BB complete! I also humbly request a thread with your homemade detergent recipe

For the BB to be complete there needs to be" a description of how the cloth napkins are cleaned".

Please include this information so we can certify this BB!

Ashley Cottonwood wrote:For the BB to be complete there needs to be" a description of how the cloth napkins are cleaned".

Please include this information so we can certify this BB!

posted 5 months ago
Approved BB submission
My son and I are both pretty tidy eaters. Often, our napkins can get a reuse by shaking the crumbs into the compost bucket and returning the basically-clean napkin back to our spot at the table.

Truly dirty napkins (or thrice-used-basically-clean) get a shakeout over the compost bucket, and then go straight into the washing machine, until a full load gets run.

My PEP Badge Tracker - An easier way to track your PEP Badge Progress. | Wait, wait, wait; What is PEP? | How Permies.com works.

posted 5 months ago
I inherited cloth napkins, linen ones. But my dad and I had used cotton ones too. When $ got tight it was a cost saving idea I had that he approved of as it required next to no extra effort. I grew up with cloth napkins, so using them isn't different for me.

I have a holey linen table cloth I'm going to try and turn into napkins. I've never done that as sewing just isn't a skill of mine. But it's a nice piece of cloth and I want to salvage it.

We use paper towels for grease. I use rags for messes and wash them. I use old washcloths to clean the kitchen counter/cutting boards, etc. But we're not on city water and DH does NOT want the fats in the leach field, so I use paper towels and sometimes, when I have it, newspaper. What do you do with your grease and fats?  Putting them in a can doesn't answer the issue.

I have a rag system, not a napkin system. When a rag gets where I won't yell at DH if he uses it for something really nasty, I put a slash on it with a permanent marker, like "/". When it degrades to a shop rag altogether, where it will likely be tossed after its next use, it gets another slash "\" so now it looks like this: X. I use the same method for marking sheets and other cloth items. "/" means I'm not pristine, but still have life in me. "X" means I'm on my last legs and if you abuse me, I'll probably wind up in the trash.

Re cleaning napkins? We use them once and I look at them afterwards. If they're stained or icky they go in the wash. if not, they get a second use before they're washed. They're always washed with the flannel I use for dishwashing and other rags, on 'sanitize" and I only do full loads...

Finished one life quest, on to the next!

posted 4 months ago
Approved BB submission
Another BB I go for. Cloth napkins. 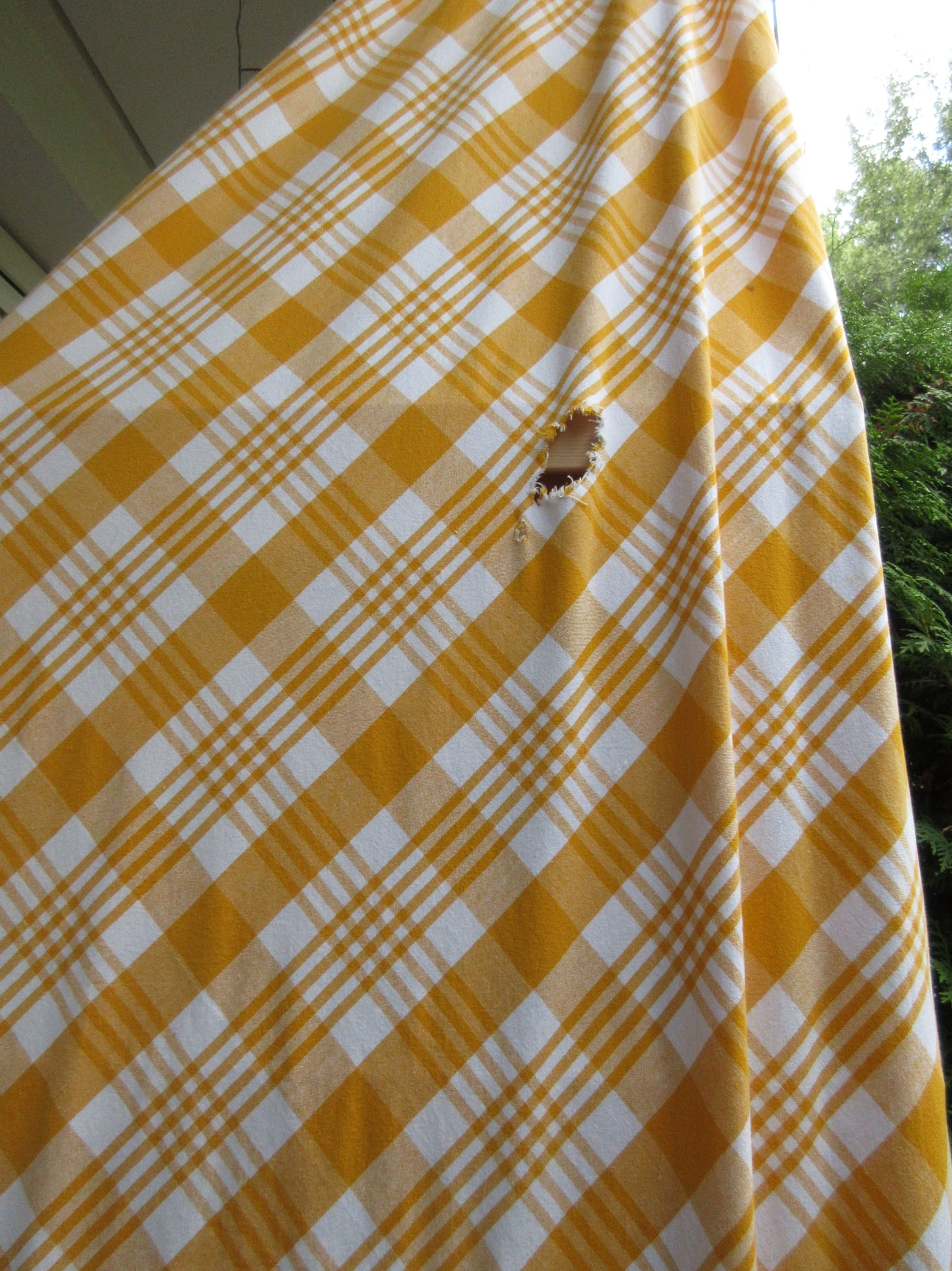 There's a hole in this tablecloth ... I will use it as fabric for napkins 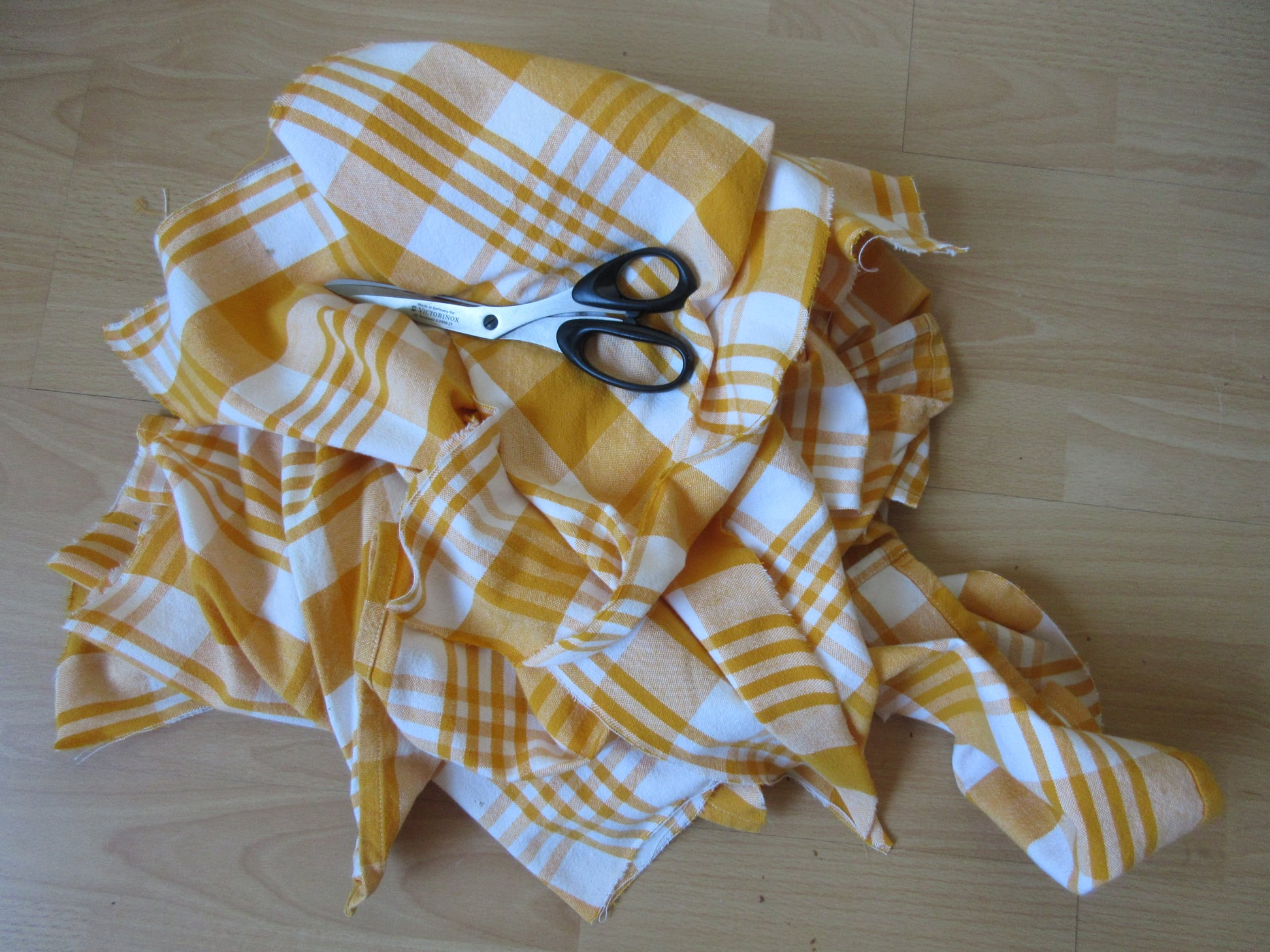 I cut 8 napkins from the good parts of the tablecloth 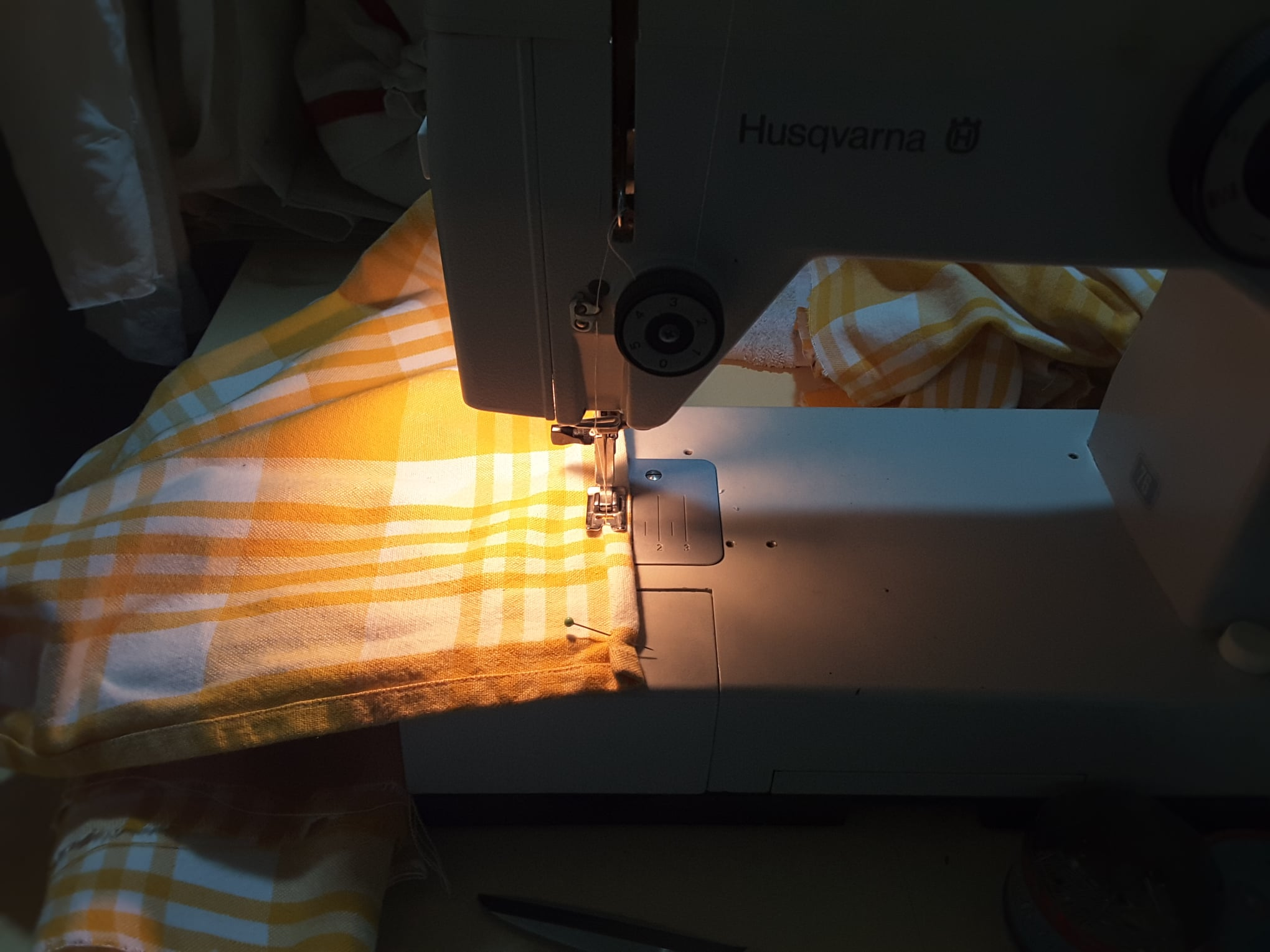 Sewing the seams with my sewing machine 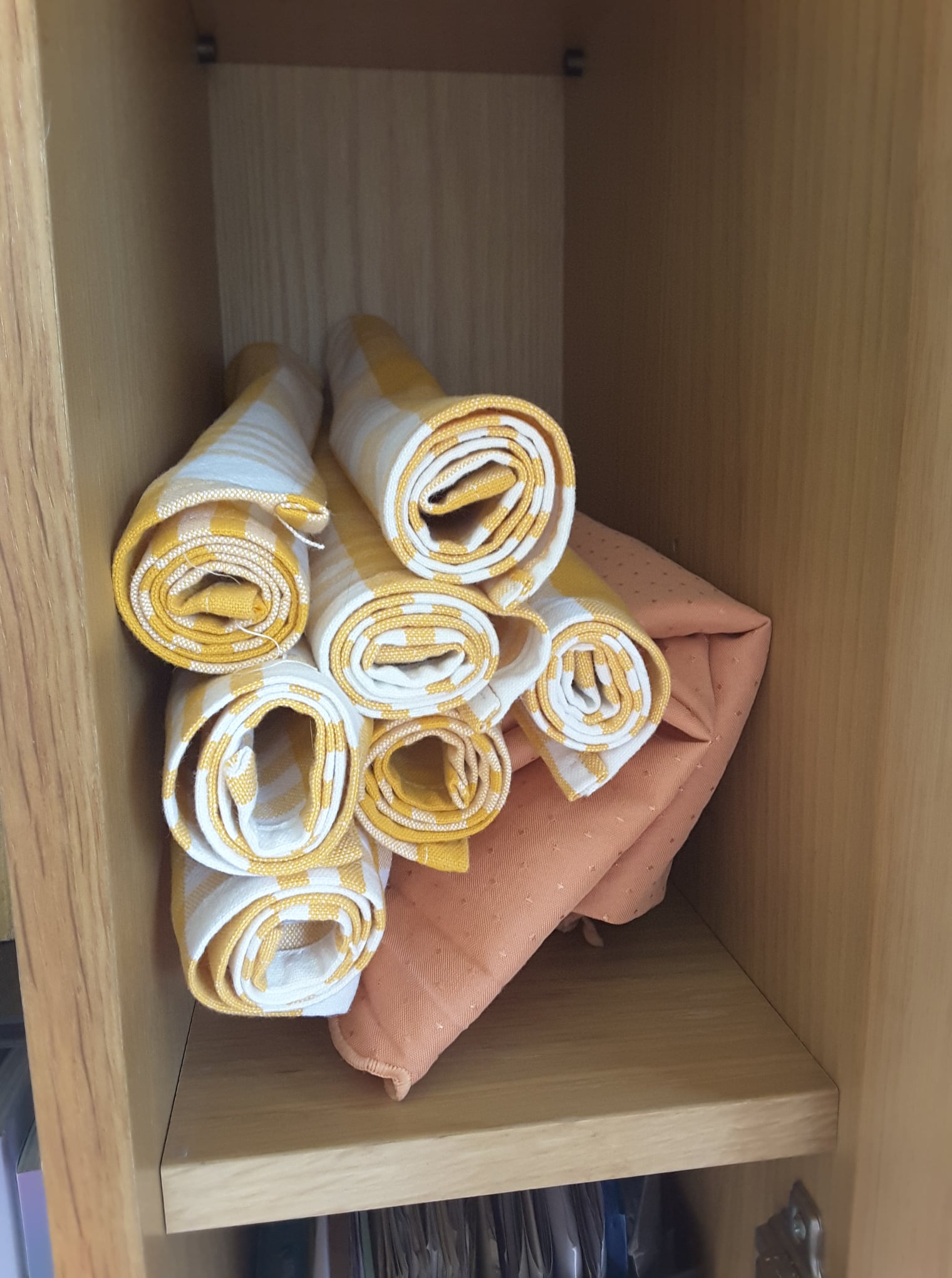 New napkins rolled up neatly in the closet next to the table . So this is the place for clean napkins 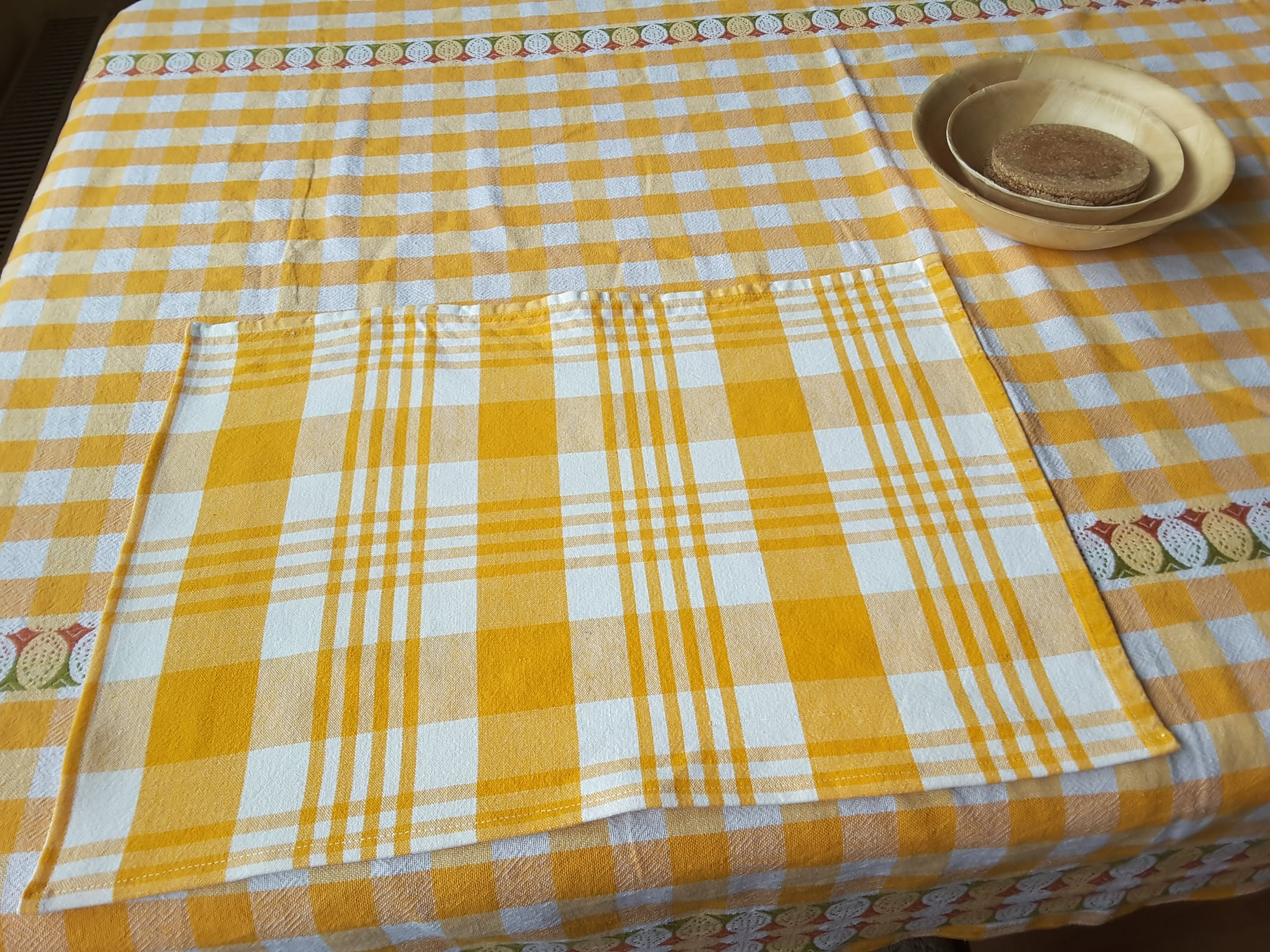 New napkin on the table (good combination with my tablecloth) 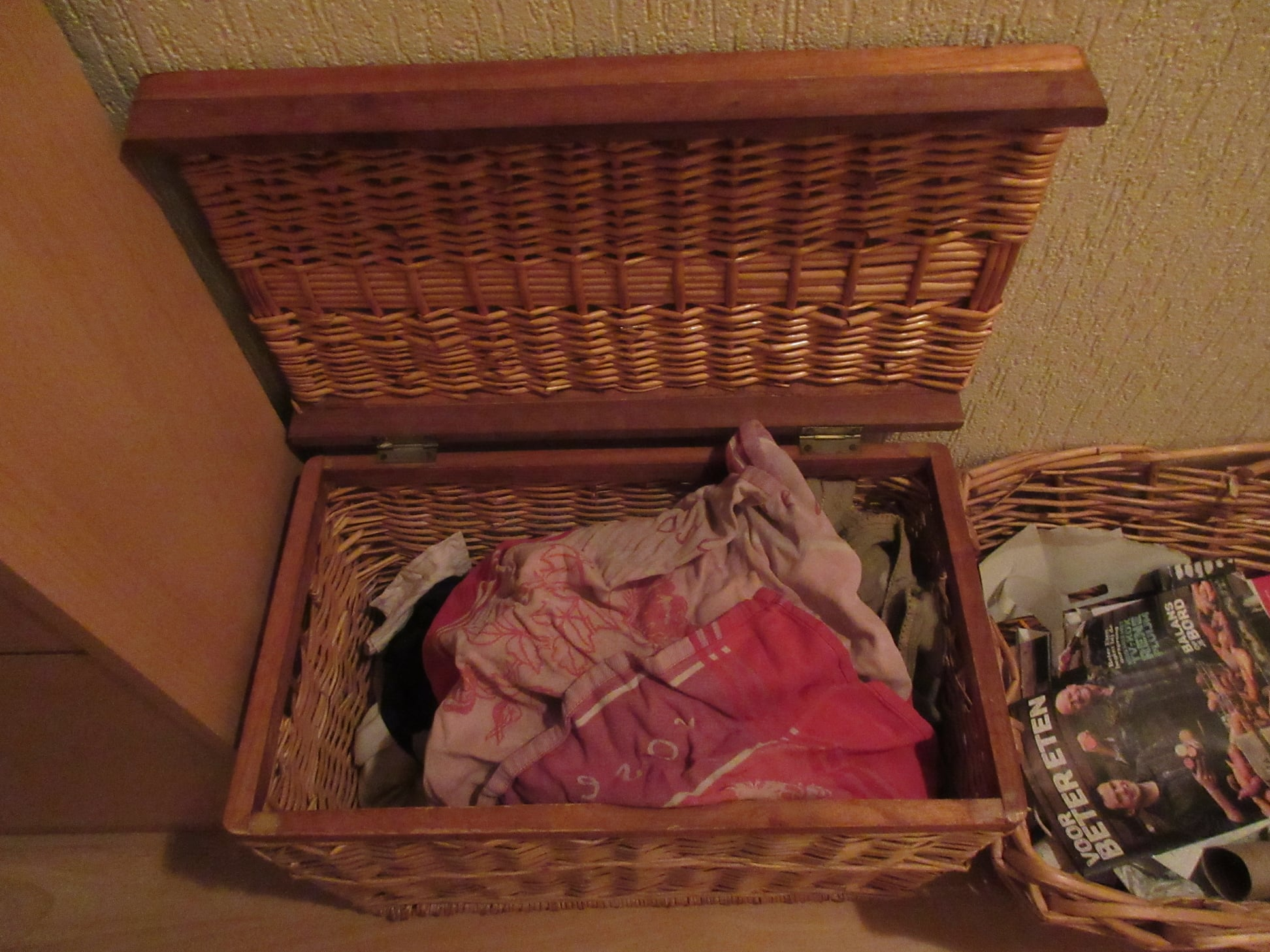 This is the basket where all dirty laundry goes, also dirty napkins.
How they get cleaned: like all other laundry they are washed in the washing machine. At 40 degrees Celsius (104 Fahrenheit). I use home-made laundry liquid (ingredients: olive oil soap, washing soda and water) or biodegradable washing detergent.

Hi Inge, I could certify this if you also included, "- a description of how the cloth napkins are cleaned."

posted 4 months ago
Hi Ash. I edited to add 'how they are cleaned', in the last sentence.

posted 3 months ago
Approved BB submission
I've collected an assortment of cloth napkins over the years. We keep most of them in a drawer in the kitchen, but we do have a wooden napkin holder my spouse made that we use to keep some accessible on the kitchen table (when it gets low we replenish it with more from the drawer). Under the sink we keep a small trash can that we've converted to a "laundry basket" for dirty kitchen linens - napkins, dish towels, dish cloths, etc. We wash the contents of that basket along with with the contents of our general towel basket (bath towels, hand towels, towels we used to dry the dog after she was out in the rain, etc.) in a washing machine on a the "energy saving" setting with laundry detergent. Usually we run the washing machine on cold unless there's something particularly greasy on something.
IMG_20200927_024140108.jpg
IMG_20200927_024236684.jpg
IMG_20200927_024113368.jpg

They/them. Autistic and disabled permie newbie in zone 6a.

I certify this BB complete! Congratulations on your new air badge!

posted 2 months ago
Approved BB submission
Just bought myself some fair trade napkins and a table runner (I didn't buy it just for this BB, its because we finally got a house of our own big enough to have room for a table and have people over). We normally use oshibori for wiping our hands before and after food (also cloth, was labeled face cloths in the setting up a rag system as we also use them as face cloths). Anyway the napkins will probably reserved for fancier meals and when we have guests. I've not washed them yet but I intend to throw them in with the regular laundry and if they are particularly stained soak in baking soda in the sink beforehand. Potentially I'll use my 100% biodegradable stain remover block when/if needed.

(I think this is my last BB needed for the sand nest badge depending on whether my rug one is sufficient to be approved).

Someone approved this submission.
Note: I certify this BB is complete.

For the sand badge please posts links to the BBs there so it is easy for staff to verify.

posted 2 months ago
Approved BB submission
This is my first BB and hopefully it'll get the ball rolling as I've got several that I should be able to pick off easily if I can find the time.

I have made the mistake of washing our napkins with our clothes a time or two, with some clothes getting grease spots as a result.
Despite this I somehow hadn't thought to devote a bag for them until coming across this BB.
So our system now is to place the dirty napkins in the bag shown below. When it's full, also pictured, they get washed on a sanitary cycle and then returned to their spot in the drawer by the oven mitts and pot holders, last picture.
IMG_20201116_131218.jpg
IMG_20201116_131229.jpg
IMG_20201116_204724.jpg

NW LP MI, Zone 6b "It is the mark of an educated mind to be able to entertain a thought without accepting it."
~Aristotle

"Each of us have a unique and necessary gift to the world. The purpose of life is to express our gifts. We are all here to contribute our gifts toward something greater than ourselves, and will never be content unless we are." - Charles Eisenstein