posted 1 year ago
Approved BB submission
I chipped comfrey from inside a guild and used it in place and on the outside edge. I had an area of burdock 20 feet long and about 6 feet wide at the narrow end,  widening to 10 or 12 feet.  The burdock was chopped and added around the edges of the guild as well,  to add fertility and to keep the grass from moving in.  The allium that was chipped and dropped was collateral damage.  The sad stick in the middle of the guild is a plum tree that rabbits ringed and killed.  It will be replaced if it doesn't come back from the root.
Part-of-the-guild.jpg
Burdock.jpg
Chopped.jpg
Another-view.jpg
After.jpg
Placement-of-chopped-material.jpg

posted 1 year ago
Does it HAVE to be Chop?  We hand pull orchard grass and use it to mulch right around where it was growing. More like pull and drop!

Better world Book Kickstarter
Save the world - Support world Domination and prevent the domination station from thirst!
Kickstart this

posted 1 year ago
Approved BB submission
This is my little patch of chop and drop. I waited until the bees had mainly finished with the wild flowers, weeded and chopped and then covered with an extra layer of hay, just leaving my comfrey to show through. 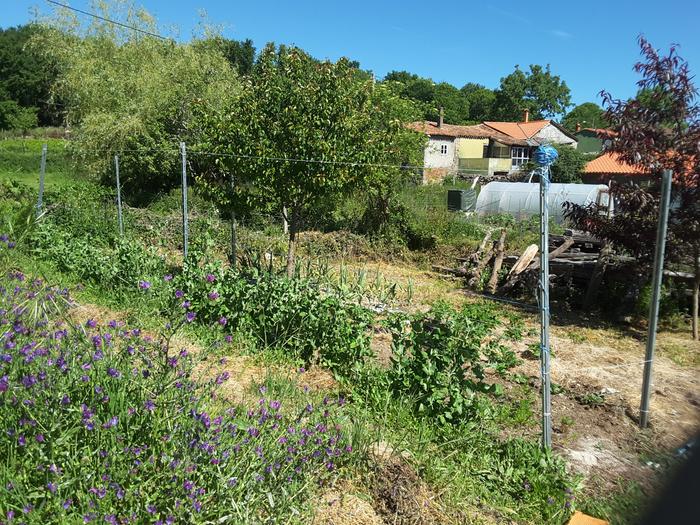 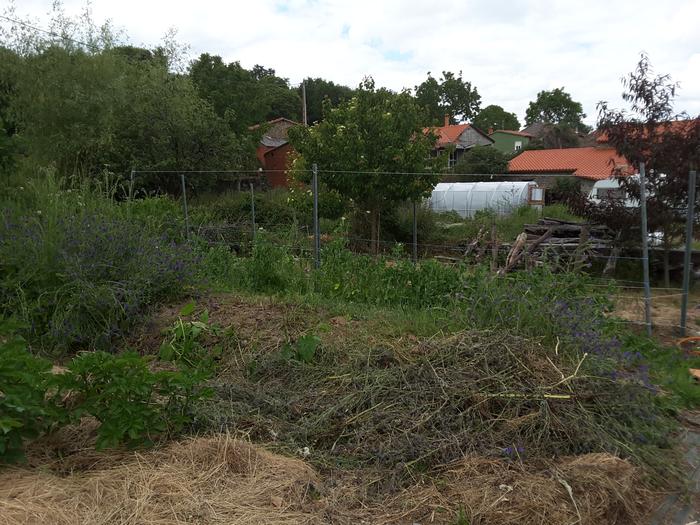 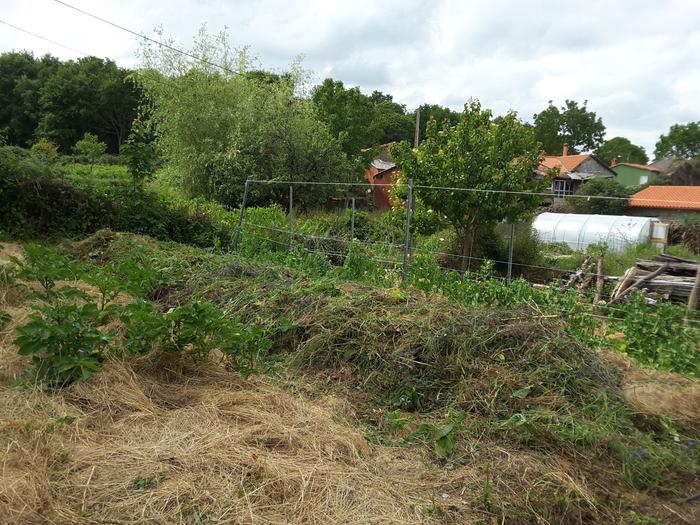 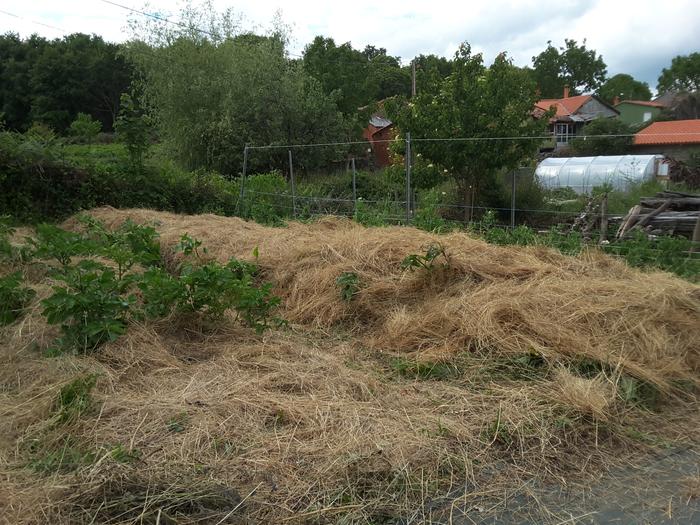 i certify this bb as complete!

posted 1 year ago
Approved BB submission
This is an example of the problem is the solution. Blackberries are ripening full strength now & an elderly lady terrified of snakes wants to pick some. That area used to be bush hogged but hasn't been done in several years. I'm gradually reclaiming it for easy berries & a few specific trees. Corn is starting to form cobs so wanted to give it some additional care. There was Austrian peas starting to interfere with that row. I started by chopping several large comfreys & spreading them the entire length. Then chopped & dropped the peas where they were. Next I started clearing the jungle (again) from around the blackberries. Tree saplings, honeysuckle, random other vines, & some sort of evil pointed plant that looks like blackberry but isn't. Chopped all that into smaller pieces then worked it in between & around the veggies. Also planted about ten peaches that spoiled. Will be pleasantly surprised if any of those sprout. Worked on it more today but rain ended that abruptly. By my calculations there is 84 square feet mulched (again) & 141 square feet remaining. The next layer will be some composted cow manure. It's a continuing work in progress but I think it exceeds the 50 square foot requirement now.

I call this a hugelberm. It's on contour built with layers of wood, soils, & mulches. That particular corn is intended for chickens but deer have been eyeing it lately. It could go either way. 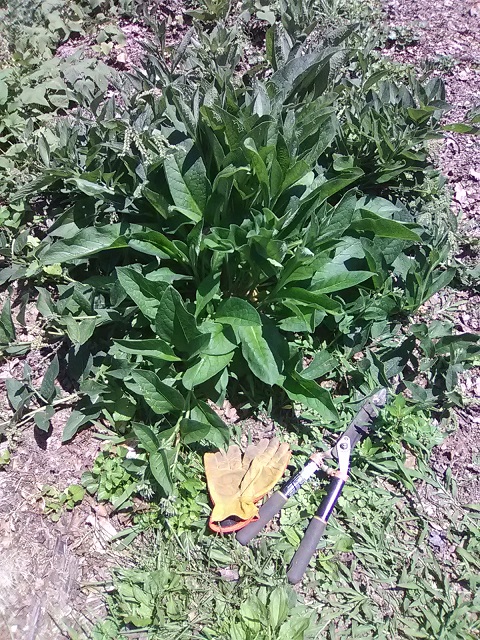 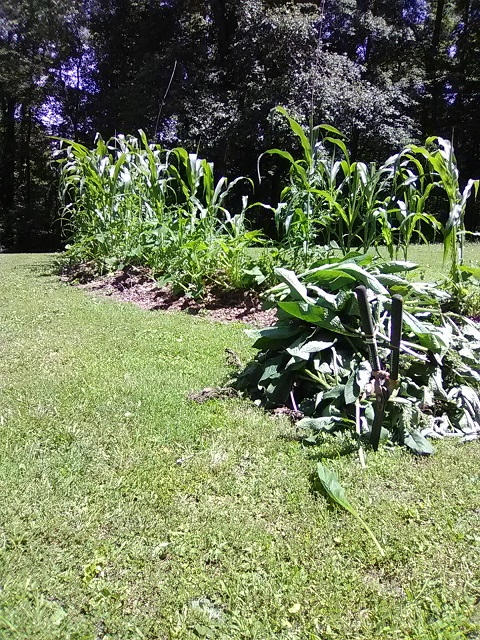 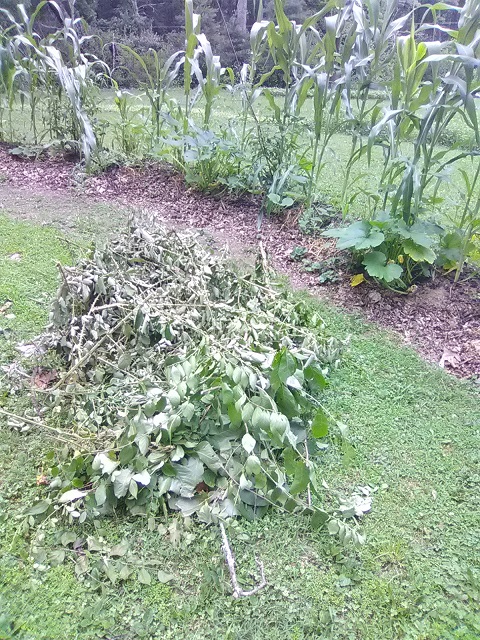 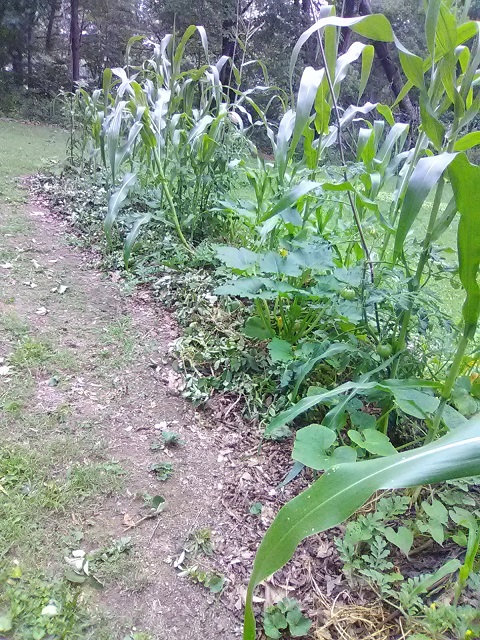 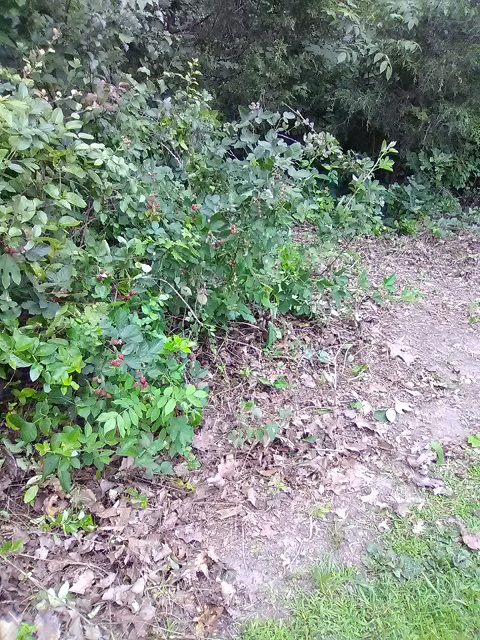 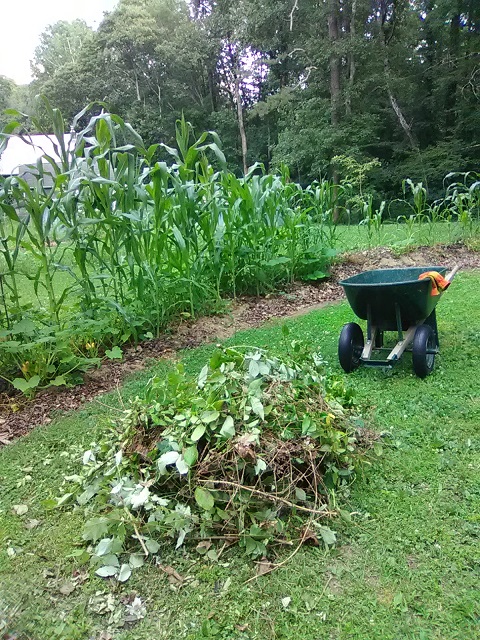 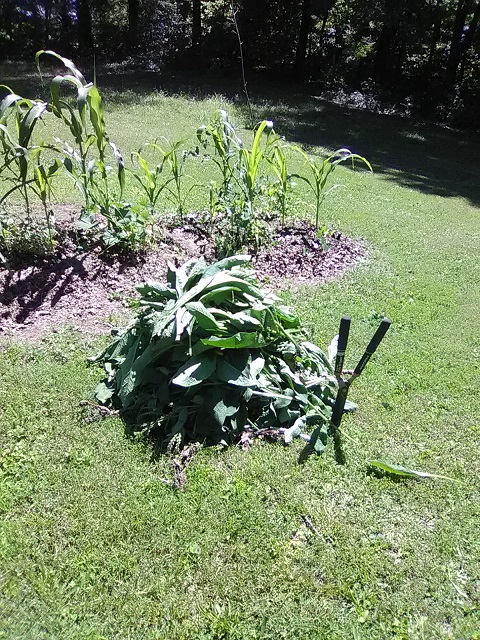 posted 1 year ago
Approved BB submission
I remulched the hugelkultur bed that Mike Jay built! I figured that this large area and the hugelkultur bed were a relatively good place for chopping and dropping, since I would likely be at a lower risk of accidentally chopping things that are desired to stay alive than on some of the more lively and densely planted berms.

The grass was kinda dry and a little sparse, so I chopped it by hand with a sickle. 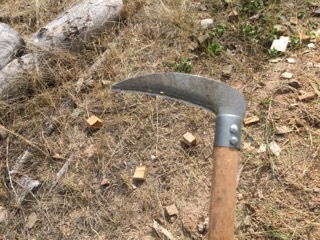 This is the hugelkultur bed before my chop and drop mulching. 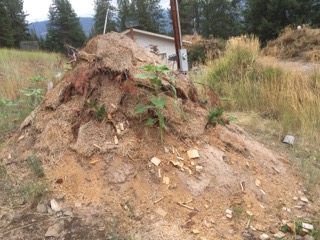 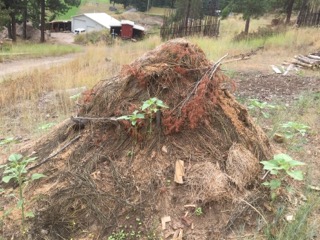 This is the area I was chopping and dropping before. 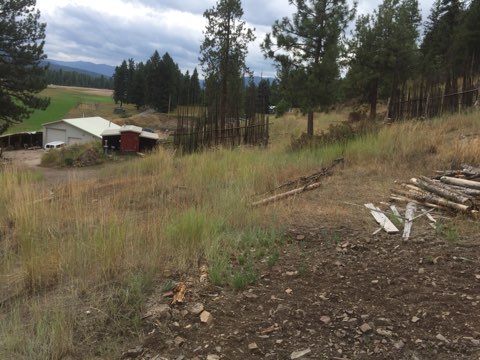 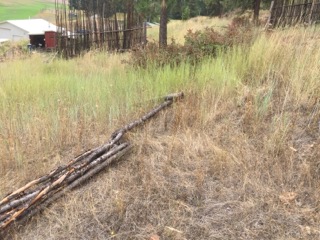 This is the hugelkultur bed after my chop and drop mulching. 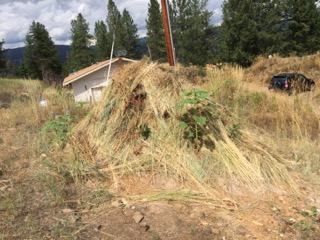 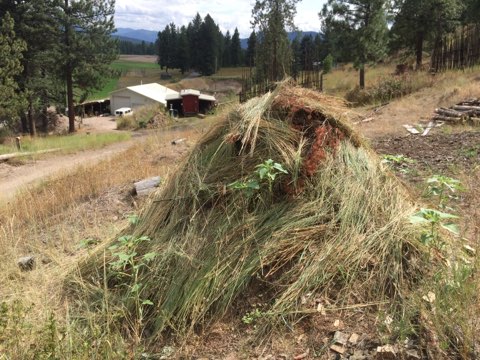 This is the area I was chopping and dropping after. 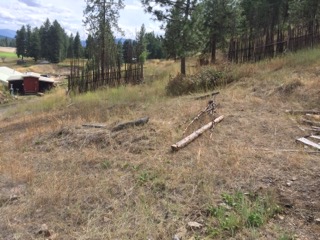 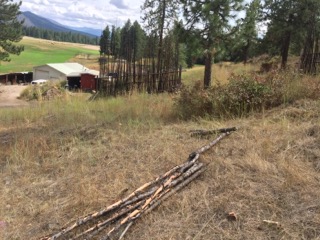 posted 1 year ago
Thanks Dave!  I was wondering how that hugel was doing.  Looks like the sunflowers grew but most of the rest didn't...

S Smithsson wrote:Does it HAVE to be Chop?  We hand pull orchard grass and use it to mulch right around where it was growing. More like pull and drop!

It depends. If you're potentially disturbing the roots of the things you are trying to keep, you need to chop instead of pull.

Learn more about my book and my podcast at buildingabetterworldbook.com.

posted 1 year ago
So I really want the seeds I planted in hugelkulture I made earlier this week to succeed to I moved the material to my hugel.

Ashley is planning to chop and drop more material to provide mulch for 50 square feet.