Merit Badge info
Shawn spent the most formative years of his life working at a summer camp where he quickly gained a passion for nature and for building a better world. Struggling to see how his future career in computer engineering was going to solve these big problems, he decided to leave it behind and dedicate himself to finding practical solutions that people can implement in their backyards. Shawn looks forward to starting his own homestead in southern Manitoba in the next few years, where he plans to implement many of the techniques laid out in his upcoming book and come up with a few more solutions along the way.
Manitoba, Canada
buildingabetterworldbook.com
Apples and Likes
Apples
Total received
627
In last 30 days
0
Total given
251
Likes
Total received
2579
Received in last 30 days
10
Total given
1046
Given in last 30 days
2
Forums and Threads
Scavenger Hunt

tablet that works like a cell?
I wanted a similar thing. I got a Samsung Galaxy Tab E from Virgin Mobile with a 2-year 3 GB per month data plan. It's roughly C$17/mo. And then using the Fongo app I sometimes make calls and texts from the tablet. It's not the world's most amazing device, but it has been really handy at times. And I am also very happy to avoid Apple (I'm a disgruntled ex-fanboy).
show more
1 month ago
meaningless drivel 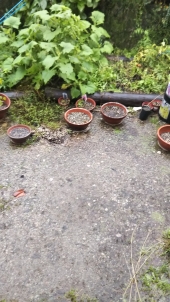 Protecting plants from the rainy season

Amy Arnett wrote:My husband is working in forestry at the moment so we have access to cedar logs and branches. But he is skeptical if they are appropriate for hugelkultur? He says the will never rot, but isn't that part of the point of hugelkultur?

I would stay away from cedar in hugelkultur. They have a bit of that anti-fungal thing going on and we kinda want the fungi in the soil to thrive.
show more
2 months ago
permaculture

I think that for me it really depends on the day. Overall, my natural inclination is to be hopeful. I am extremely encouraged by a lot of the people I have talked to about this book. It seems like a lot of people get it. And maybe they won't do explosive life change tomorrow, but overall I think will move in the right direction. The average person takes years to change. So I see it like we are planting seeds and the fruit of those seeds is not completely apparent yet. The flowers are still blooming.

And then, not gonna lie, I have pessimistic days too. Often when I hear that a number of my friends are out protesting but not really effecting the change that they are hoping for. And I have ideas that I know would make a difference if they would try them. But I'm finding that if I get stuck in that pessimism, then I'm not in a place where people want to listen to what I have to offer. So I'm trying really hard to stay in the hopeful camp and celebrating each and every step that I see people taking.
show more
2 months ago
permaculture

Protecting plants from the rainy season
Wow that's a lot of rain.

I think the raised beds is a big plus. I suggest some big Hugelkultur beds because they will absorb some of the water and the rest will shed off.

Mulch can help some. But probably isn't enough on it's own for that much rain, unless you have a HUGE amount of mulch.

The more plants and the less bare dirt, the better.
show more
2 months ago
permaculture

Permaculture Observation Exercises
We've had a lot of water lately but our property has high grasses and reeds and such so it's always hard to get a good feel for where the water actually is. But this last time we went out, the water was all frozen and shiny and the rest of the ground did not have snow on it yet. So we got a really good feel for where the water pools.
show more
2 months ago
permaculture design 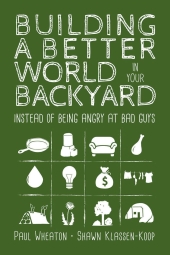 Stephanie Naftal wrote:I’m confused. This link only goes to paypal. Is there a site to order on?

Paul can correct me if I'm wrong, but I think his system is set up that if you go through the paypal stuff, you will then get access to the ebook on permies.
show more
2 months ago
books

Building a Better World in your Backyard by Paul Wheaton and Shawn Klassen-Koop
I held a book launch event at a local bookstore. My favorite store. It was great! So many awesome people showed up that they had to put out extra chairs! I'm so grateful!

As a bit of extra icing on the cake, I received the following image in my emails today. Check out #4 in paperback non-fiction!
show more
2 months ago
books

Image of Permaculture - public perception of the permaculture movement
I am trained as an engineer. Logic and critical thinking are extremely important to me. To me, permaculture is the only logical solution to our problems. To many of the people I talk to, the feeling they get is that permaculture is some weird hippy thing that must be crazy. And maybe it doesn't help that besides the engineer thing, I fit quite a few hippy stereotypes - my long hair being a commonly cited example. And yet I don't feel like I would ever be accepted by hippies.

I visited a commune once and was invited to consider being a part of the community. They had some cool permaculture stuff going on. And they were a bunch of lovely people. And I'm really happy that they have been one of the few communities that has lasted for many years. I hope they continue to last for many years. But I knew very clearly that if I tried living there, I would probably get myself kicked out within the year. Because many of my ideas are quite different from theirs.

I’m trying to have conversations where I share that I think that over the next few years, permaculture will become the only really profitable way to grow food. Even if you ignore the triple bottom line and think only of moneys. That often gets them thinking. They respect someone "thinking like a businessman" and not just dreaming of a gert-style life that they think is unattainable. Of course, I still have the gerthood dreams... but don't always start conversations with that unless I know the person is ready for it.

When I talk to people who are new to the word “permaculture”, I like to start by explaining that it is a regenerative design science. The word "science" gets them going, because isn't "science" saying that we need the GMOs and the monocrops and the sprays? So then I explain that this particular branch of science does not (generally) follow reductionist thinking that makes all other science seem so much easier for the average person to grasp. And when I start to paint a picture of the intricate complexities of nature that we are trying to work with, people sometimes start to think that maybe it's not just all woo-woo after all.
show more
2 months ago
permaculture