What is this spicey leafy green?

posted 2 years ago
Several years ago, I was gifted some seeds. Yay! Free seeds!  I was told they were Osaka Purple Mustard. The spring and summer leaves of this mustard look like the leaves shown at this seed company.  They list it under the Latin name of Brassica juncea. http://www.fullcircleseeds.com/product/osaka-purple/

It is beautiful. It tastes really good.  I love it. So of course I must save seed!! So I let several plants bolt and imagine my surprise when the flowers look like… Well not like Brassica! Look at those blue flowers. Aren’t they pretty? In flower, the plant is about four feet tall.  Sooo…  What do you think this plant is? It is clearly not poisonous, as we yet breathe.
osaka-purple-mustard-flower.jpg 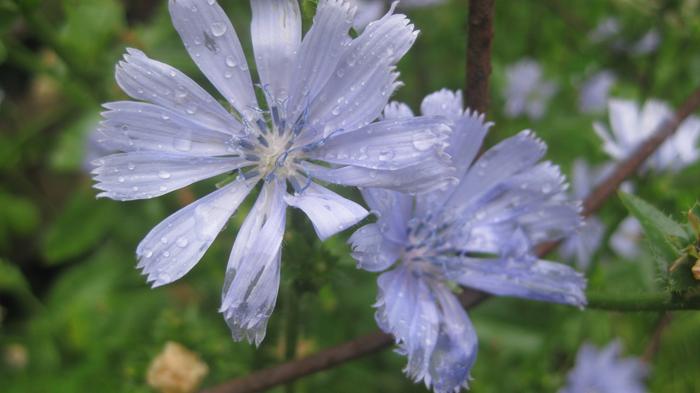 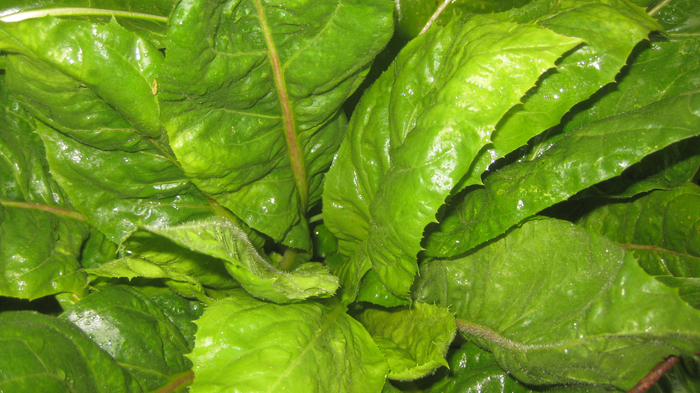 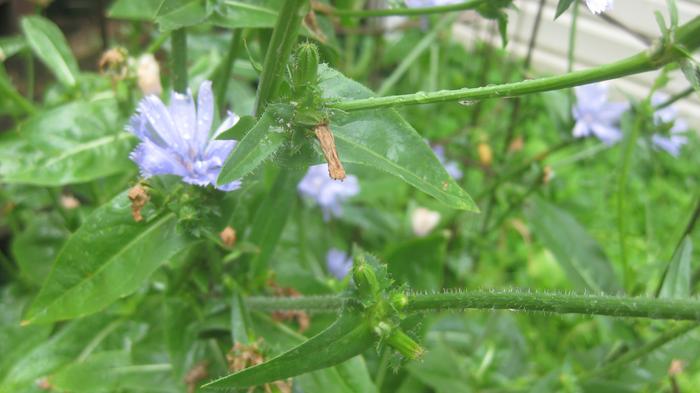 posted 2 years ago
I haven't knowingly seen chickory except in books. I'll stand back and take a full height pic of the plant tomorrow.
Lyda Eagle
pollinator
Posts: 142
44
I like...

posted 2 years ago
The picture of the blue flower is chicory.  It grew wild around my home when I was young. I  loved them because we had plates that had chicory flowers painted on them. I thought it was just amazing that we had something with this beautiful wild plant on it.  I wish I had know what they were at the time because you can eat the leaves and roots.  The leaves are best in the spring and fall, they get bitter in the summer but you can still eat them. You can roast the roots and make a tea on them.  It has been used as a coffee substitute when   times were hard for people.  I have eaten the leaves and they remind me of dandelions leaves in taste.

posted 2 years ago
Okay, this is why I'm still not convinced: This is a yummy, spicey thing until late winter, or early spring. Below are photos of the second year basal leaves, 5" wide X 10" long. When yummy, they tend to have a purplish tint, and stay oblong, about  4' X 6".

Note: there is never any toothyness to the leaf edges. 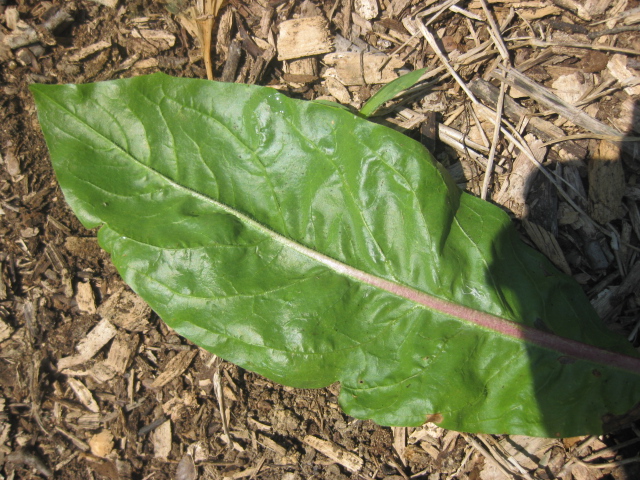 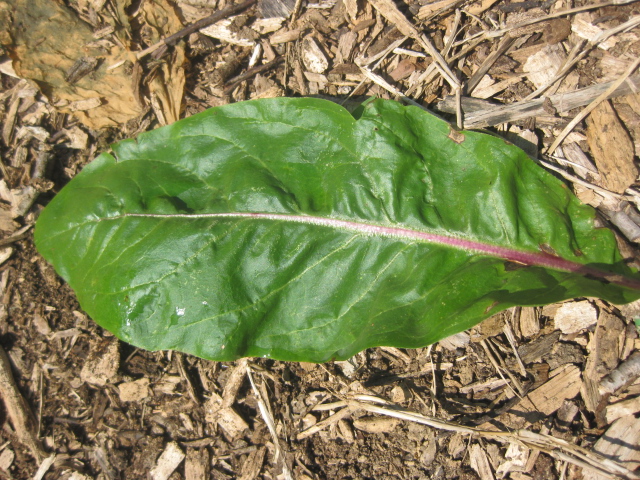 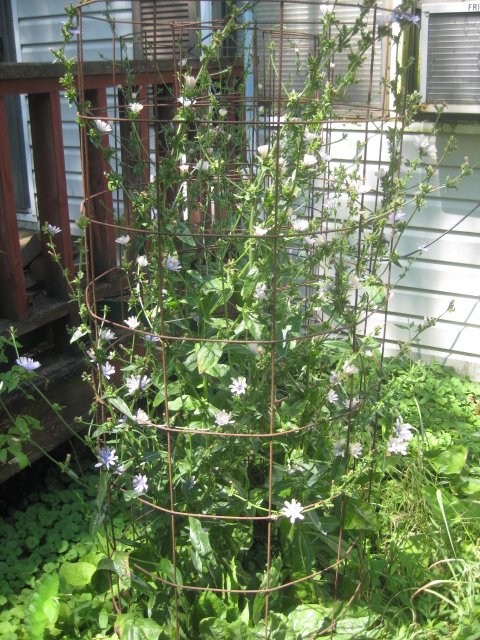 G Freden
pollinator
Posts: 580
Location: West Yorkshire, UK
164
posted 2 years ago
I've got a type of chicory--Belgian endive--which this really resembles;  mine has wide, flat leaves like this, slightly furry.  They are good for forcing under cover to get tender heads (typically in winter), though the plants are usually discarded after forcing a couple times.  Mine are in flower right now and the hoverflies are crazy about them :)

Trying to achieve self-reliance on a tiny suburban plot: http://gardenofgaladriel.blogspot.com

posted 2 years ago
Hmmm. No "fur" on my leaves. The texture is smooth, more like swiss chard than anything I can think of.
Lyda Eagle
pollinator
Posts: 142
44
I like...

posted 2 years ago
There are many different varieties of chicory.  The one I was talking about is the wild version, but there are also many cultivated ones as well. They all look somewhat different . some with smaller "toothy" leaves and some have fuller straight edged leaves.    The cultivated ones tend to have a milder flavor as well.    Even Radicchio and Escarole are apart of the same family as well as dandelions.  There is one variety  called Chicory Da Taglio Bionda a Foglie Larghe  that  might be yours.  It has larger smooth leaves and a mild taste.  As far as I know all of their flowers look very similar to the wild ones.

posted 2 years ago
Yes  but they are still related .......  there are many plants that come from this same kingdom, I think even artichokes are in the family somewhere


this is from wikipedia

Chicory is grown as a forage crop for livestock.[6] It lives as a wild plant on roadsides in its native Europe, and is now common in North America, China, and Australia, where it has become widely naturalized.[7][8][9] "Chicory" is also the common name in the United States for curly endive (Cichorium endivia); these two closely related species are often confused.[10]

Posts: 5521
Location: Cache Valley, zone 4b, Irrigated, 9" rain in badlands.
2138
posted 2 years ago
Chicory: Compare the flower petals (shape, number, and arrangement), the anthers, the stigmas, the color to this photo from wikipedia...

The photo from afar is archetypal chicory.

Gotta love it when the weeds grow so well, and taste so good, that whatever was originally planted is forgotten.