posted 7 months ago
I know I can use the bread machine to knead the dough then bake in the oven.  I don't want to heat up the house and use up the propane. 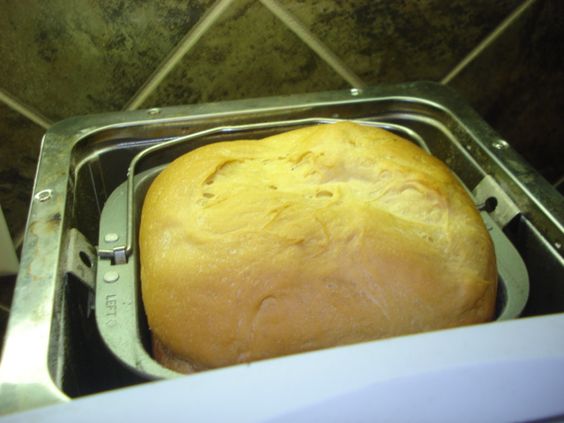 So far I have made four loaves.  The first was by far the best.  I used a recipe by Hillbilly Housewife.

This was the second one I tried: 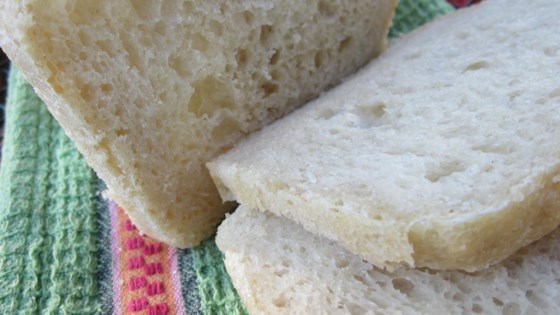 My bread did not look anything like that picture.  It looked like wheat bread with a sunken top.  I think the dark color came from my honey. Like This: 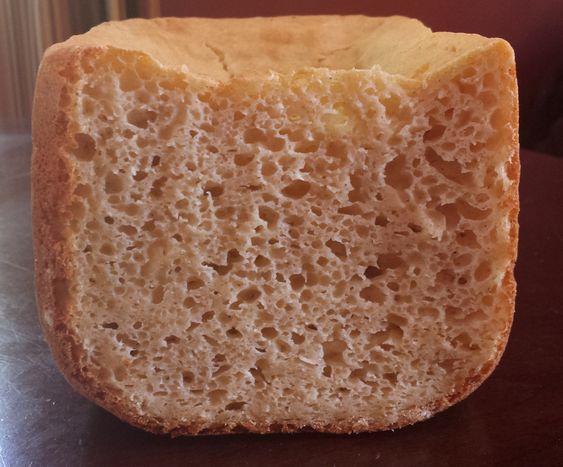 For the third recipe I tried one from King Arthur Flour.  It was good though the crust was thick, which I feel was because I did not take it out as soon as it was done.

For my fourth loaf, I wanted a bran bread made from raisin bran cereal, because I have lots of that stuff.  It sunk much more than the second loaf, maybe about 3".  What cause the bread to be sunken?

I have not tasted the Raisin Bran Bread yet.

All the other loaves taste great toasted!

Is it possible to get a lighter loaf than these dense ones?

posted 7 months ago
I used bread machine yeast.  The bran bread looked like it had a good rise though it fell for some reason.  I could see where the rise was on the pan.

posted 7 months ago
I've found there's a learning curve with bread machines as well. The problems I have found seem to be that not only are you a slave to the ingredients like making bread without the machine, but you are also a slave to the idiosyncrasies of that particular machine as well. If you had a good rise which then collapsed, I would imagine the timing of the machine waited too long to cook the bread after rising. With the raisin bran bread, you may have also diluted the gluten too much and the dough didn't have enough elasticity to maintain it's shape long enough. My machine has a function for dough and a separate one for cooking. If yours does, you can sometimes better cater to the situation by using the dough function, then observe it and when it's exactly ready, then make it cook. This is also handy if you have some yeast that's slow and needs more time to rise than the machine would normally allow.

posted 7 months ago
I'm so far from being a competent baker, but I used to make a bread recipe in my machine that wasn't sweet enough for my taste. So I started making small tweaks and taking notes. It seems that I liked the sweetness at about ⅓ of a cup of honey. (I wanted it to taste like dessert.) The first loaf I made that way fell in and had a tough chewy crust. I solved the falling problem by omitting ⅓ cup of water. (Recipe called for 1⅓, if I recall.) I asked my foodie coworker about the crust, and he started talking about carmelization and the maillard reaction. The punch line was that it cooks differently with more sugar. I set the crust setting one step lighter and got a still brown crust, but not thick and tough.

posted 7 months ago
Thank you for both answers! I am learning so much.

posted 7 months ago
as mentioned, it looks like the one bread there that collapsed over proofed. I have a lot of issues with that, personally, and watching my bread and baking it earlier than I would have thought has solved that. Great advice on putting it to dough setting and watching it, especially if it is getting warmer where you are.

posted 5 months ago
So I have a question.

During the cycle the electric went off.  Of course, I panicked!

I got the manual out which said if the power goes off before the second rise then you can just restart the cycle, so I did this.

The bread was like the last picture, which is ok as I am not picky.

My question is "could I have put the dough in the fridge and just stated over tomorrow?"

The manual explained that the loaf might not be as desirable as expected or I could remove the dough ball and bake in the oven, which I did not want to do because it would heat up the house.

Ellendra Nauriel
pollinator
Posts: 341
122
posted 5 months ago
The amount of flour needed is different every time, even with the same recipe. When I followed the recipe exactly, I always got sunken loaves. I think it's a moisture-level thing. Anyway, I start the machine running with about 3/4th the flour that it calls for, then add a bit at a time as it kneads, until it looks right. That solved the problem of sunken loaves, although it sometimes lets out a poof of flour if my timing is off.
Anne Miller
master steward

posted 5 months ago
Thanks, Ellendra

That is a great tip.  I will try that next time.