Myron Platte wrote:This is similar to how Russian serfdom operated, and it worked pretty well. The only freedom the serf didn't have was travel without permission. He had to give a fraction of his produce to the lord, who had to give a fraction to the Tsar. What's really interesting is that we seem to be seeing the organic development of a similar (though freer) arrangement.

I would bet that the original developed organically. And was probably freer in the beginning, too.
show more
1 day ago
permaculture artisans 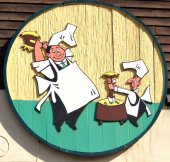 How to split peas and favas?
I wonder if partly sprouting the peas would make it easier to get the skins off?
show more
1 day ago
cooking 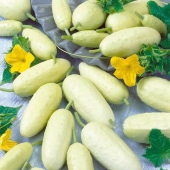 Mk Neal wrote:Does anyone have a favorite that is either resistant to cucumber wilt or else produces early enough to get a good crop before late-summer?

Cucumbers are a favorite in my family, but I have come to accept cucumber beetles as an intractable inevitable pest in my garden. I work full-time and just cannot fuss over the plants to keep them beetle-free.

Have you tried interplanting them with marigolds? I know it works for cabbage beetles, but I don't know if they repel cucumber beetles as well. I plan on testing them against squash bugs, corn earworms, and potato beetles this year.
show more
1 day ago
gardening for beginners

Ellendra Nauriel wrote:I keep trying new varieties, and I keep gravitating back to the same one. Dragon's Egg.


I'm intrigued, it's going on my list. If you ever want to trade seeds...

I don't have a lot of seeds to spare for that one right now, but I plan on saving a lot this year. I'll let you know.

show more
1 day ago
gardening for beginners
Documenting the decline in academic/governmental/private sector funding for plant breeding.....
There's funding for plant breeding projects???
show more
2 days ago
seeds and breeding
COVID-19 Seed Shortage 2020 (update: and 2021)
Baker Creek keeps having to take down their website so they can catch up on orders. Some websites are only allowing orders on certain days, or imposing strict limits on order sizes. Even then, things are selling out fast!

I think people are rattled by what's happening, and trying to take control of their lives as best they can. It's not just gardening, either. I was talking to a guy who makes small chicken coops for backyard flocks. He's got more orders than he can keep up with.
show more
2 days ago
ulcer factory
Share your Rural Wisdom
"Don't take advice from someone who thinks it's funny when you fail."

Not saying how long it took me to figure that one out.
show more
4 days ago
homestead

charcoal water holding capacity
I had been wondering how biochar might work in an arid or desert environment. Good to know!
show more
4 days ago
biochar

All proceeds go toward the "Build Ellendra a House" fund

Are Pine trees useful for anything other than shade?
I know blueberries and wintergreen both love growing under pines. The only places I've ever found them growing wild were in pine forests.
show more
4 days ago
trees