Melissa DeBusk
Posts: 9
posted 8 months ago
Thank you Steve! I bought mine from a pretty large “Online nursery” so I am sure it’s the first variety you mentioned. Thank you!!
Steve Thorn
gardener

posted 2 months ago
This was my largest mulberry last August. It has amazed me how fast this tree has grown and how healthy it is. Looking forward to a good sized mulberry harvest this year!
20200809_165645.jpg

posted 2 months ago
This is my other bigger mulberry the same day. It fell over when the fence around it fell over in a storm, but it is still doing well. This one has huge leaves.
20200809_165833.jpg

r ranson wrote:Last year I experimented on 3, 3-year old trees.  One I coppiced (cut at ground level), one I pollard (kept one stem and only one stem at shoulder hight, and one I left and trimmed the dead branches when the buds started to swell.

The coppiced one SHOULD do better from everything I've read, but it was the last to leaf out in the spring and is still smaller than the other two.

The pollard one was second last one to leaf out.  About a week after the not pruned one.  It's doing okay, but the top of the pollard died off, and it branched out all up and down the stem as well as from teh root.  So it didn't do the thing I had hoped it would.

The one I left leafed out earliest and has more than twice as many leaves as the other two combined.


But that is what happened one year in my climate on an unusual winter.  So I need to do some more experiments to get a better idea of what works in my climate.

This is something I want to do. I got 3 red mulberries this past winter and have kept them in my greenhouse. I want to plant one on the northwest side of a small orchard, but I don't want it to get 40'+ tall, so I was thinking of coppicing it. I plan on putting it in the ground in a week or two, letting it grow on for the season, and pruning to the ground late winter next year.

I'm going to put one near our woods and just let it grow, but I also want to put one next to a fence and willow tree near our chicken coop...and I'll probably have to manage how tall it gets. Anyone else have experience pruning mulberries?

"Nature is not a place to visit. It is home." --Gary Snyder

May Lotito
pollinator
Posts: 274
Location: Missouri. USA. Zone 6b
184
posted 2 weeks ago
I am clearing a spot with invasive vines and found this tree: 9ft tall covered with tiny berries and barely any leaves. Is it a female red mulberry? I ran plantnet and it said tamarisk, I don't think so.
Resized_20210407_165351.jpeg 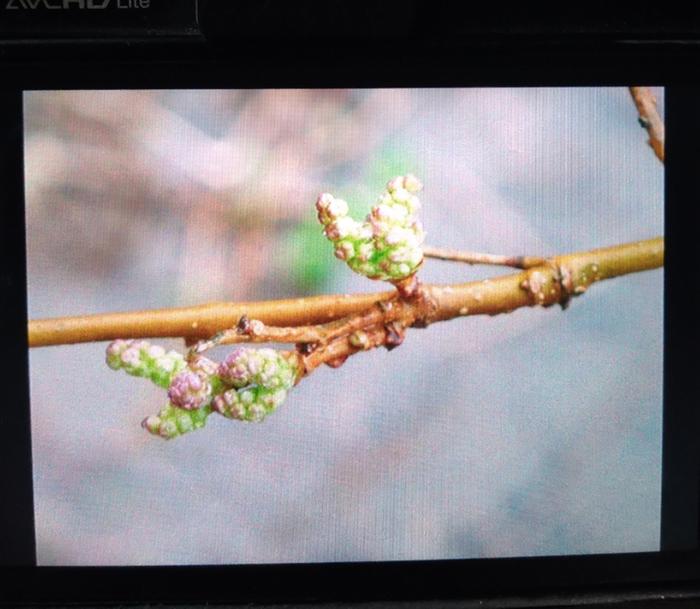 posted 2 weeks ago
It does look like an unopened mulberry flower!

Here's another photo of one to compare.

If you can get a picture of the branch and a few buds it'll be easier to tell for sure, but I think it is!

May Lotito
pollinator
Posts: 274
Location: Missouri. USA. Zone 6b
184
posted 2 weeks ago
Thanks Steve, that does look similar.

I will wait for them to grow some more to be sure.  I just realized it might be a mulberry yesterday and was really eager to find out. The tree is located in the corner, about to get invaded by honeysuckles.
https://permies.com/t/151226/Trash-treasure-making-biochar-invasives
Here's a silhouette shot, lots of berries expected.
Resized_20210407_164229.jpeg 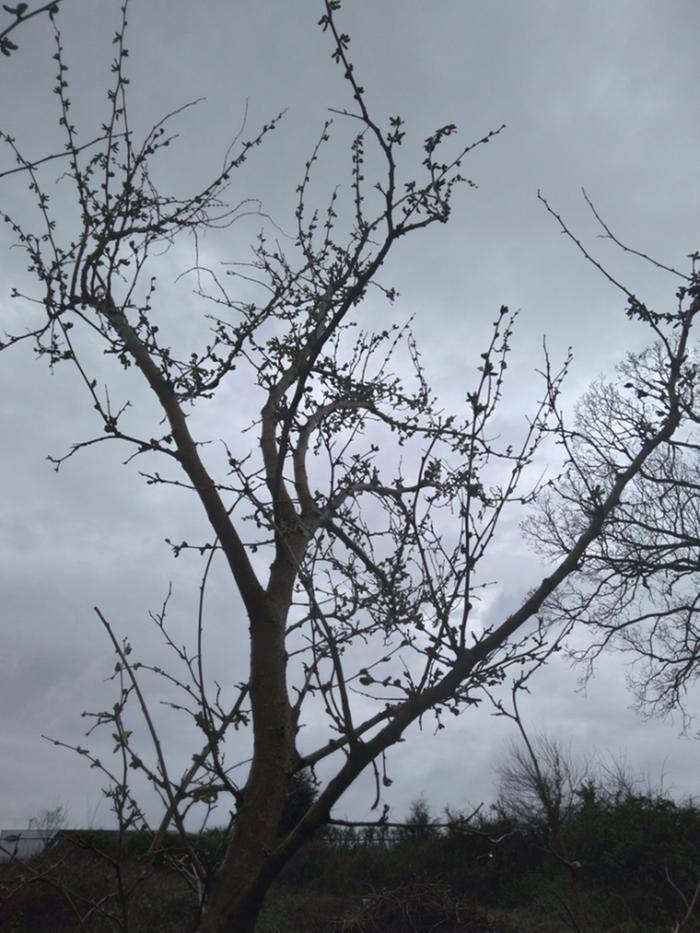 posted 1 week ago
The leaves are emerging on my largest mulberry tree, it is the last one to leaf out, and is very resistant to late frost damage as a result. Some of the other varieties got damaged in a late and very hard frost/freeze recently, but this one was totally unscathed.
20210410_114941.jpg

May Lotito
pollinator
Posts: 274
Location: Missouri. USA. Zone 6b
184
posted 4 days ago
I went in town to check out a red mulberry tree I know that bear fruits. And there is a Male tree right next to it. I took pictures and compared to my trees. Turned out the tree I was asking is a male, but I do have a female tree up on the hill. Catkins are still small under leaves so that I failed to see them from a distance.

D Tucholske
Posts: 47
2
posted 3 days ago
The mulberries here are some of the last trees to wake up from hibernation, so they're only just budding where I live.
Mary Beth Alexander
pioneer
Posts: 79
Location: Douglas County, WI zone 4a 105 acres
13
I like...

posted 3 days ago
My neighbor here in Zone 3b-4, offered me cuttings from 20ft trees that were fruiting last year and every year. Really wanted them but had no plan. Now that I know where I'll be putting my chicken coop/runs, I'm wondering if I can just "stick" them in opportune spots.
I can start them in pots of sand and then transplant if that's best. TYVM

Innovations that are guided by smallholder farmers, adapted to local circumstances, and sustainable for the economy and environment will be necessary to ensure food security in the future. Bill Gates

Mary Beth Alexander wrote: Now that I know where I'll be putting my chicken coop/runs, I'm wondering if I can just "stick" them in opportune spots.
I can start them in pots of sand and then transplant if that's best. TYVM

Some varieties of mulberry will root easily from cuttings and some may be really picky. I've heard that the wild North American varieties tend to fall in the trickier category. I like to have a separate nursery bed for trickier stuff to root, where it can be nurtured and get strong to be transplanted in its final home the next year.

This was an interesting thread about rooting mulberries.

Making mulberries on the cheap

Hope your cuttings do well!