season extender rocket mass heater - for inside of a greenhouse or .... outside

posted 3 years ago
This is a creation of uncle mud.

Quite simply, this is a rocket mass heater embedded in a hugelkultur bed. 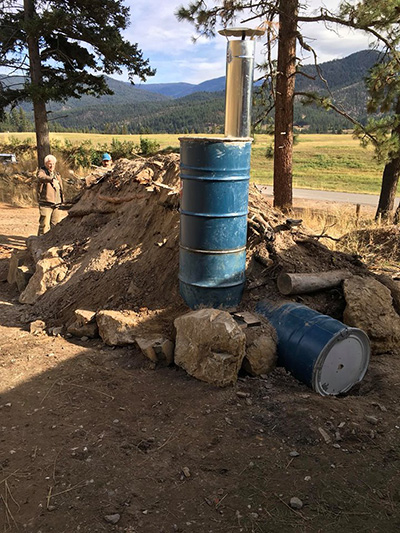 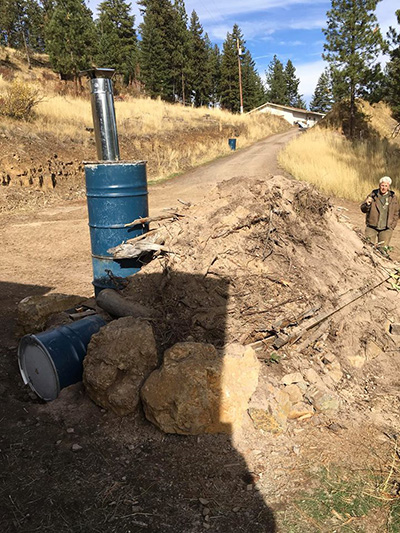 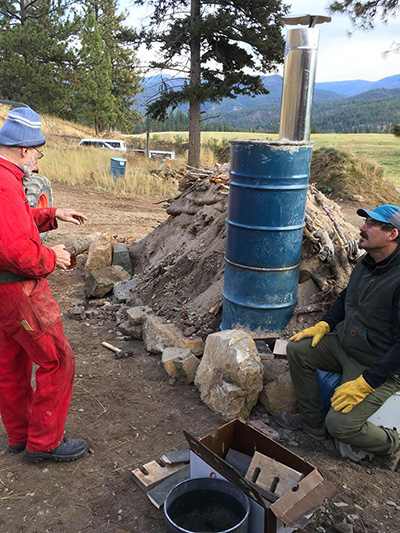 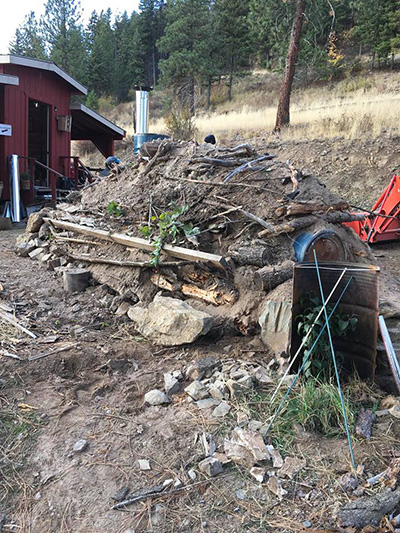 In the spring we are going to add more soil, seeds and mulch.  It will be a couple feet taller. 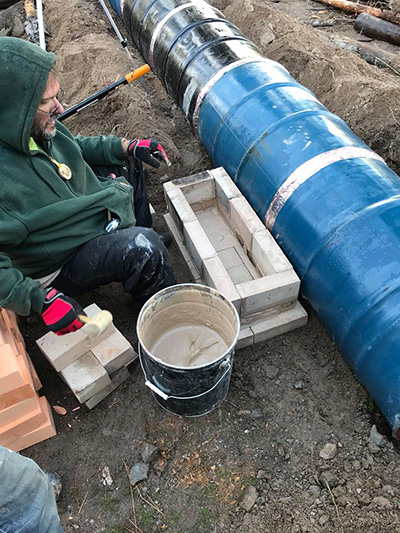 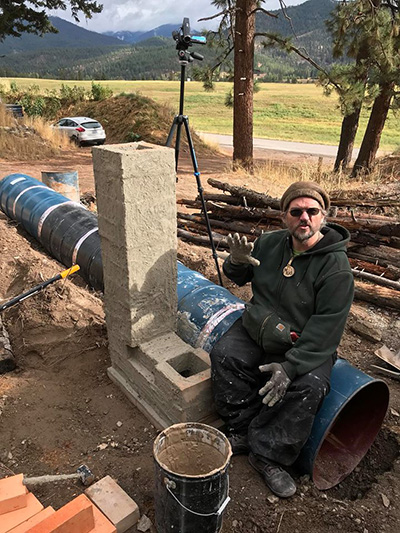 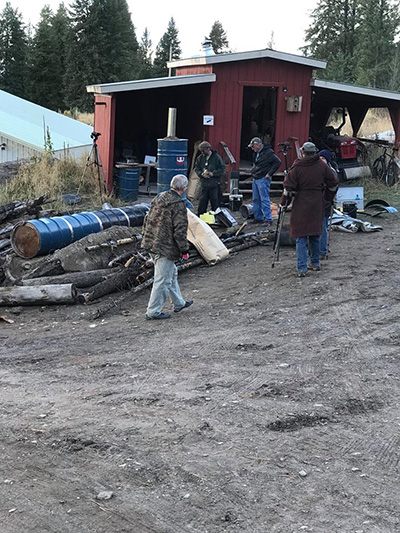 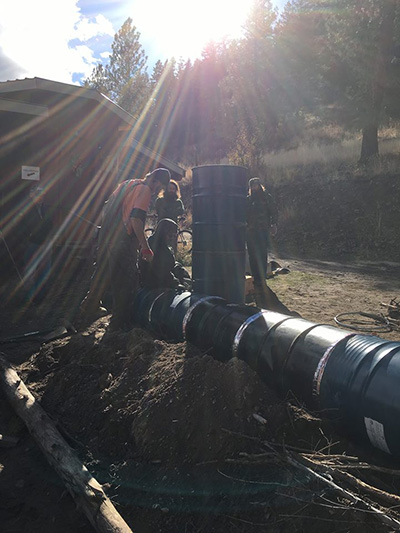 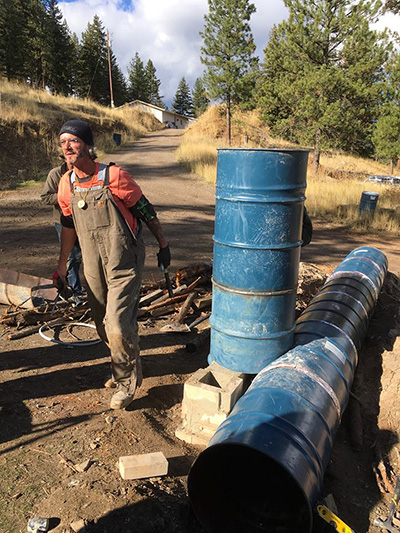 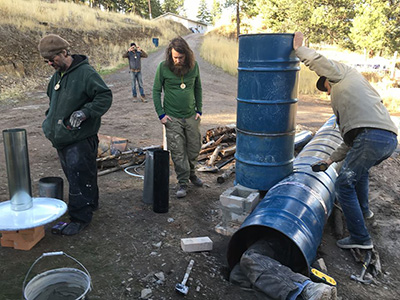 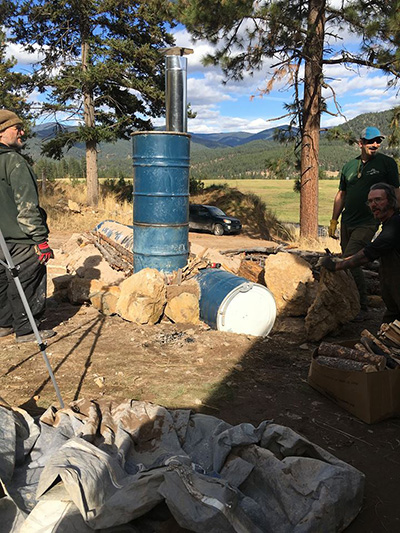 Chris McClellan
pollinator
Posts: 216
85
posted 3 years ago
This was really fun to build. We really stretched the limit with six drums in the underground bell (stratification chamber). If I did it again I would cut it down to 5 barrels so there is more heat left in the chimney at the end. The chimney going up through the vertical barrel and being heated really makes a difference in pulling that big plug of cold air out of the bell. I envision this being used in a greenhouse embedded in the floor or in a pebble mass bench so you can water seedlings on it. That doesn't work with a cob bench.

I have built a similar one in a cob bench in a straw bale schoolhouse near Cleveland Ohio and a smaller one in my house. The bell provides a nice even heat and costs a lot less time, money and hassle to build than the pipe in the cob bench thermal mass.--Uncle Mud
IMG_20171009_163404248.jpg 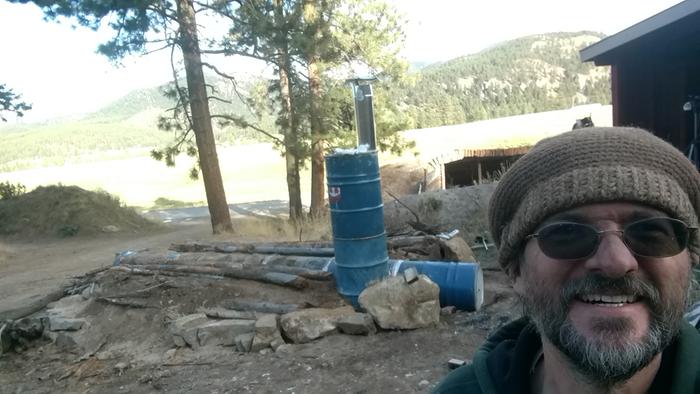 posted 3 years ago
So cool.
The transition,did you just notch out the horizontal barrel and then pack cob into the gaps?

I know in ground RMH are often said to lose too much heat to the surrounding earth, a mound subverts that some. Any concerns about pyrolizing the wood in the mound?

posted 3 years ago
A very complete description with uncle mud

Chris McClellan
pollinator
Posts: 216
85
posted 3 years ago
William the buried portions don't get hot enough to melt anything. They are pretty evenly about 105 deg F.