Matching tractor needs to your land
Cole,   The 524 loader is the same one I have on my L3200.  We don't have the same 'tippy' concerns on your property that you do, but my wife likes the more stable wheel-base and spacing on the L3200 than our smaller tractors.  Can't recall if it came up in an earlier post, but your 524 loader of course has the same quick-attach function and configuration as that for skid-steer equipment, so you have all of that skid-steer array of attachments at your disposal (to a certain extent, that is; -- the powered attachments may require some modifications for their use).   Our land is really flat so I haven't had to be too concerned about roll-overs.  Nevertheless, it occurs to me that perhaps in addition to what Eric mentioned with the wheel extenders, one could ..... as a sort of 'training wheels solution'.... use a pallet fork on the front loader with a very sturdy long piece of lumber (or telephone pole) afixed so that the ends stuck out equally in both directions.  If, while traveling on a tippy slope, the loader were in a low enough position, the down-hill end of the pole might prevent a roll-over...?.....anyone ever see this being done just as a means to get used to a machine or otherwise?
show more
3 days ago
gear
Renewable energy implementation law I was unaware of....?

S Bengi wrote:
Also if the person was trying to get an occupancy permit for the barn then they might be told that they have to get it connected to the grid. But if they had told the government official that they will need a few solar panels on the barn roof for some LED lights for the chickens. The city official/inspector will probably allow it. At other times it might be better to just get a permit for say just two solar panel for the carport and then install the other 20 after that gets inspected and allowed.  Because if you ask you ask to put 20 panels on a carport they might ask you why you need so much and then when you say your grand-daughter and her mom is moving back in, then a human element kicks in and they might say it has to be connected to the grid.

At this point, I've read nothing on the intended desires for the barn that would indicate it might be or become a dwelling of any kind for people,.....just a new, well thought-out, and self-sustaining barn for animals.  I mean, if I were to finally install solar on my own property I would probably go for a bit of overkill on the panels simply to compensate for the location not far south of the Canadian border.  But that overkill still would not be so much that it would put a dent in the power coop's monthly sales and generation.  And all of this would agree to the terms of the coop if I *did* decide to intertie with their system.

And unfortunately, I don't know what kind of mess would ensue if one were to hook up only a few panels to the grid and leave the others as stand-alone.  For the property owners in question, the real stunner is the price tag on 400 - 500 ft of installation fee from Excel energy for powering the barn.....even before solar is added!

If I find any new information on this that clarifies the issue, I will post here again as the situation develops.  Thanks!
show more
1 week ago
solar
Renewable energy implementation law I was unaware of....?

John, is it possible that either of these scenarios is the reason for your difficulty?  There may be ways around but I suspect there is some red tape to go through.

I hope things work out,

Thanks, Eric, and others who have responded to this thread.   The barn in question is about 400 - 500 ft from the other 'main' buildings and home on the property and appears from their social network posts that it is being erected at this time.  As it is a pole building, I suspect completion of the building by the end of this week with any incidentals to go in over the weeks following.  Again, I totally understand the safety issues *if* the building solar is to be inter-tied with the power feeding the other buildings on the property.  But their intention was to have stand-alone power with inverters and battery banks for powering the barn.  This would include a new well and pump for the well.  From the verbiage, however, it does not seem to be coming down to a safety issue with the zoning people....rather an issue with "who is providing the power".  But I will continue to try to gather additional information to clarify.
show more
1 week ago
solar
Renewable energy implementation law I was unaware of....?

James Whitelaw wrote:
Perhaps the worry is that a powerful enough solar system on an accessory building could potentially be DIY’ed to connect back to the grid tied structures, perhaps to provide power during a blackout and possibly causing a serious safety issue with back feed to the utility pole and electrocute those working to restore power.


I'll just start some responses with another update from the property owner who lives near Hugo MN in Washington County (just north of the St. Paul/Minneapolis suburbs).  I *assume* that they are outside of the Hugo city limits but don't know this for sure.....would suspect so by the size of the property>>>

"UPDATE: we have to get electricity to the barn to be able to add solar. It's illegal to run off-grid when you live in an area that has utility service. Still thinking of adding solar, but electric to the barn is definitely more important asap!" -- Property Owner of solar installation in question.

As an aside, I looked up the County Code for Clay County MN where I live and it *seems* pretty clear that there would be no problem with installing a non-grid-intertied (i.e stand-alone) solar system for 'personal' use ( https://claycountymn.gov/DocumentCenter/View/8659/Renewable-Energy-Ordinance-2018-02-PDF  and note in particular item #6 under subdivision 2). It did not elaborate on what constituted this level of use, but I suspect the zoning board commission would let me know if I were sizing too large a system for their comfort level.  I do see your point about the safety aspect and have always had that in mind if we were to go that route in the future.....since our own local power coop would make that a priority for any system intertied with their grid, understandably.
show more
1 week ago
solar
Renewable energy implementation law I was unaware of....?
Although I haven't drilled down into the law any further to see, quantitatively, at *what* point one is considered having an impact on interstate commerce, as a concept I'm left wondering just when a home garden is beginning to produce a quantity or type of food that interferes with interstate commerce.  When it comes to energy production that is NOT grid-intertied, at what point does one's self-consumed power production become something that interferes with or impacts interstate commerce?  Seems terribly arbitrary......
show more
1 week ago
solar
Renewable energy implementation law I was unaware of....?
So we are rural (Minnesota) and grid-connected without a renewable source of electricity although I continue to think about adding such in the future.  My wife was conversing with another from the same state with other person stating that they were now told that they could not have their new barn powered as stand-alone (off-grid) solar since they already have *other* buildings on the same property connected to the main commercial electric grid.  Their new barn is several hundred feet away from their grid-tied main buildings and they were hoping to install off-grid solar to power lights and other light-duty power implementation in that structure.  The conclusion at this point is that it would be illegal to do so.....they were told they would need to have the power company install connection to the barn, and *then* they could install solar on the barn with grid-intertie along with Minnesota PUC's reimbursement schedule.  I was baffled at the legal reasoning here, summarized by my wife's friend (a lawyer) as an issue pertaining to the Interstate Commerce Clause (..???..):


"......basically running solar off grid would take business away from an already established energy business (Xcel Energy), the idea is that if everyone went off-grid it would hurt interstate commerce and therefore isn't allowed. There's a lovely case out there about a farmer who grew too much wheat for himself and wasn't allowed because it could hurt interstate commerce. Great video in this article (all very confusing, just know the government can control anything they consider interstate commerce): https://abaforlawstudents.com/2018/08/31/quimbee-wickard-v-filburn/   ...."

Has this been discussed on this forum before?  Has anyone else wanting to implement stand-alone renewable on an otherwise grid-intertied property run up against this issue?  Thanks!
show more
1 week ago
solar 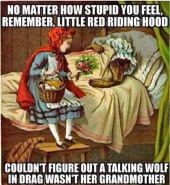 Incredibly stupid things we have done
The wild plums are past their prime now, but a few good ones remain in the trees along the fence line. Can’t find a bowl to bring with...everything filled with tomatoes and peppers this time of year...so I grabbed the wire-mesh colander as I headed out the door. I was merrily picking plums from either side of the fence when the basket touched the very well-functioning electric fence wire!  Would have been a hoot to witness...the jolt caused my arm to fly upward sending my plums in all directions!

On hands and knees, half laughing and half swearing, I was able to recover most of them. Maybe they’re already half cooked on the way to jam...? 😎
show more
2 weeks ago
homestead

Dennis Bangham wrote: Figured I may end up paying more for medical than for the equipped tractor.


OMG!.....Here in the States, I never thought of this argument!  It's so simple, it's brilliant!


Can't wait to start thinking up some new tractor attachments to propose needing for the homestead......   (and let's hope the tractor dealerships don't become wise to this calculation!)

How to breed peppers (Video)
This is an old thread, but my question seems relevant here.  Somehow in the past we got very lucky and never planted two pepper varieties next to each other.

This year, we accidentally planted a few *hot* Hungarian Wax peppers in the middle of our thick-walled mild 'Sweet Round' pepper variety.  It's possibly worth mentioning that the reciprocal is NOT the case----our patch of Hungarian Wax this year only has that variety in it.  What I can't recall is if the 'heat' of the Hungarian Wax can be used to confirm if any of the Round Sweet peppers arose through cross-pollination by the hot Wax peppers..?  The Sweet Rounds traditionally have no heat whatsoever, but would they have *some* heat if pollen from the Hun-Wax had initiated a pepper fruit on the Round Sweet plant?  If it's that simple, then I could just taste the Round Sweet pepper and save the seeds from only the mild ones to confirm that it will (hopefully?) remain true-breeding for 'Round Sweet'.  Thoughts?
show more
2 weeks ago
plants
ways to seperate tomato seeds

Jennie Little wrote:I scoop them out and spread them as thinly as I can on paper towels. The towels can then be planted when needed. No printing on the towels, just white or brown ones.

We do the same but using cut-out squares from brown paper bags, the material of which is a bit rigid, especially after the seeds and paper are dry.  The paper sheets are then stored upright in a metal container to keep them from nibblers throughout the winter.  Although we pick the seeds off in the spring for planting, like Jennie here we don't mind the paper sticking to a few as it does not hurt seed germination.
show more
2 weeks ago
plants