posted 6 years ago
I've been moithering my other half for a bike trailer for a while now, and he finally decided that he was going to build me one.  We have a couple of crates in fairly standard sizes which are easy to replace if necessary, so he wanted to design a light frame to carry them, with wheels suitable for carrying weight on our rough tracks.  He found a suitable pair of wheels, fitted with bearings, and a supply of 20mm steel tubing that fitted them perfectly and was strong enough to make the axle, the frame and the tow-bar.  Then started to fiddle about to see how they might all fit together. 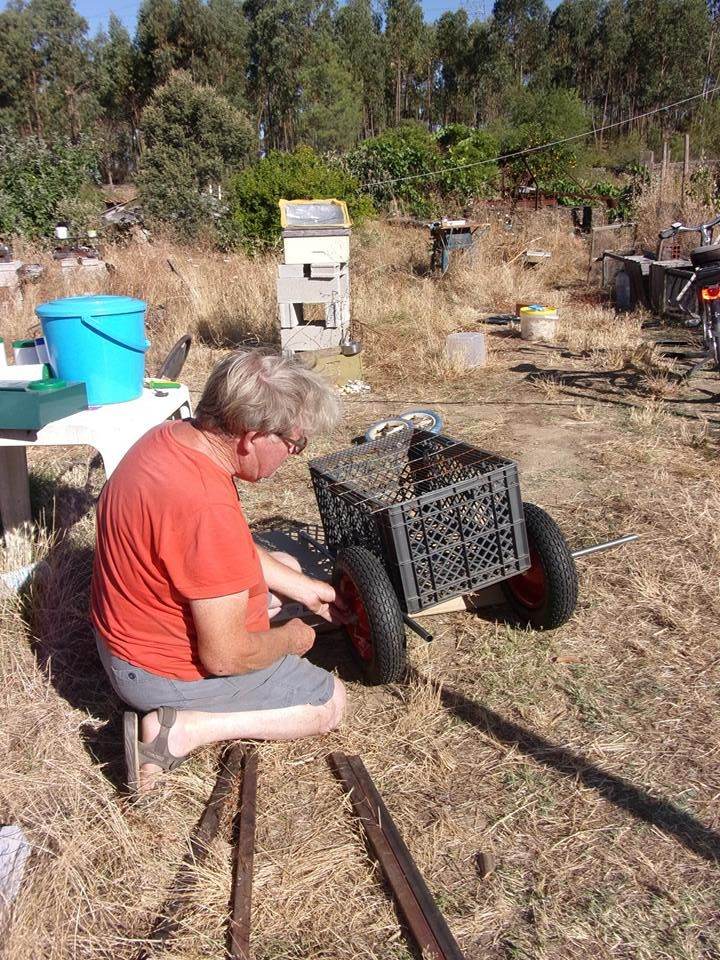 He's pinned a bit of tubing into a wheel to create an axle, choosing the appropriate width to fit both crates, and is starting to get the frame sized up. 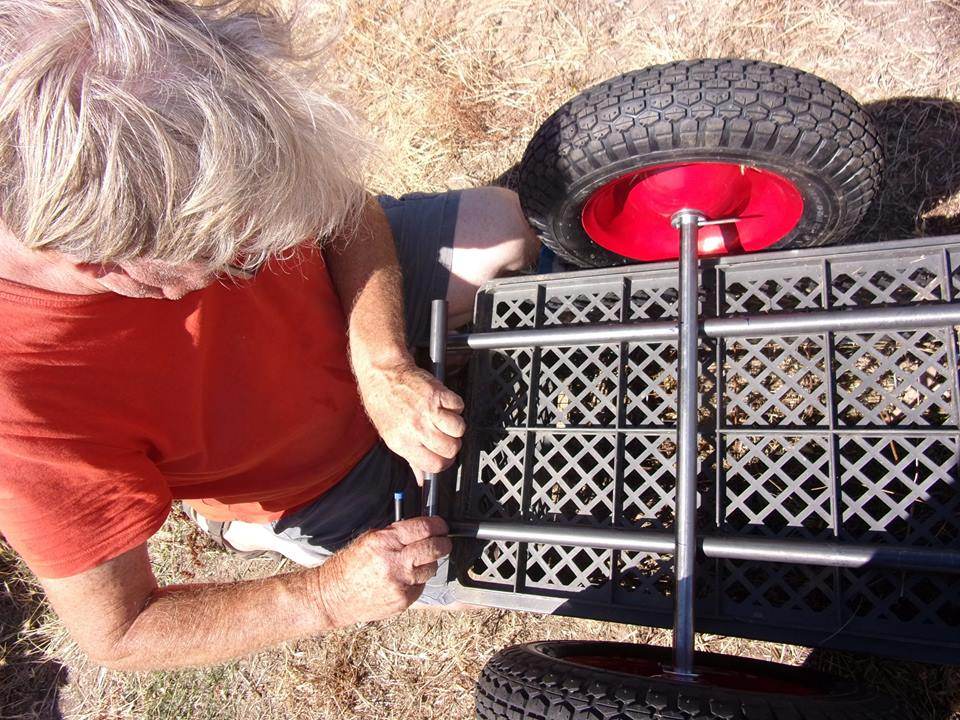 We drilled a few holes and then he started to bolt the frame together. 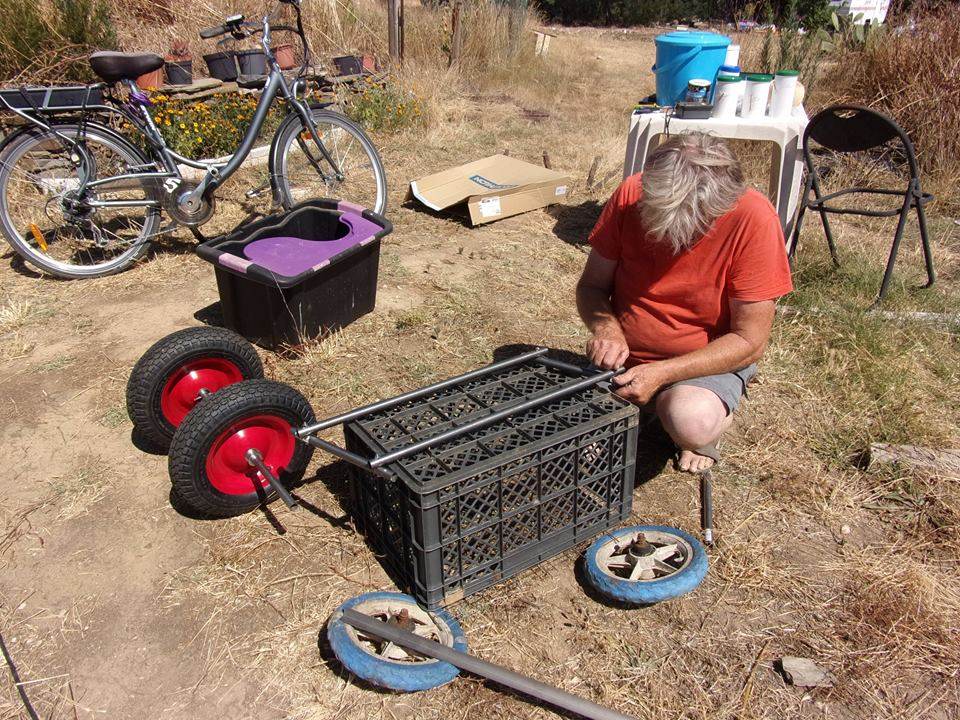 He bolted the axle on and then started on the tow bar.  There's a diagonal brace to keep the thing in shape. 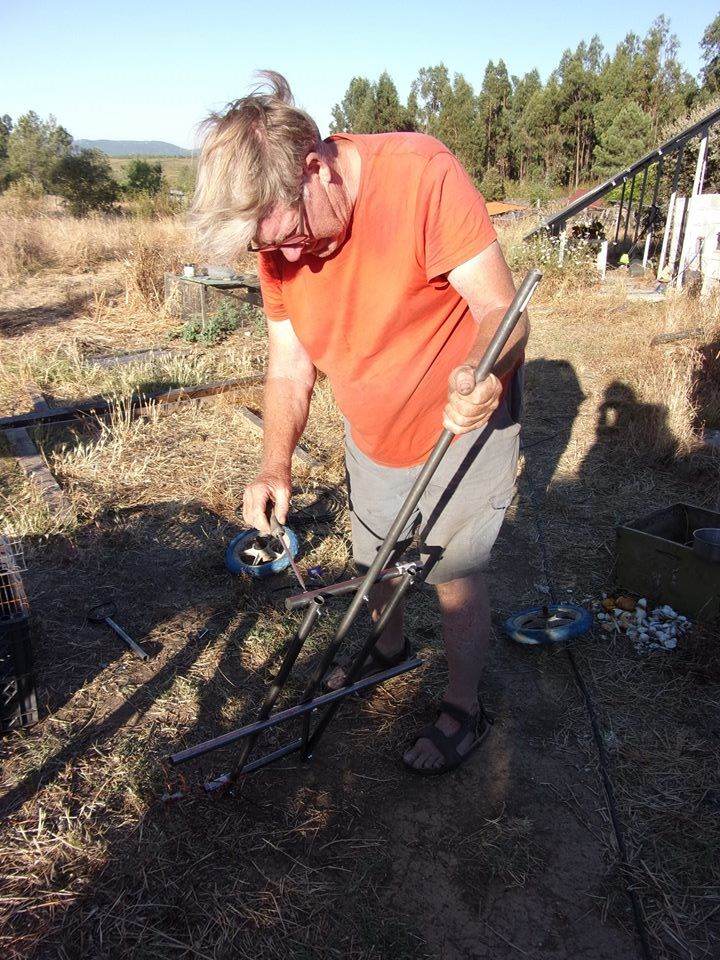 We fitted the wheels into place. 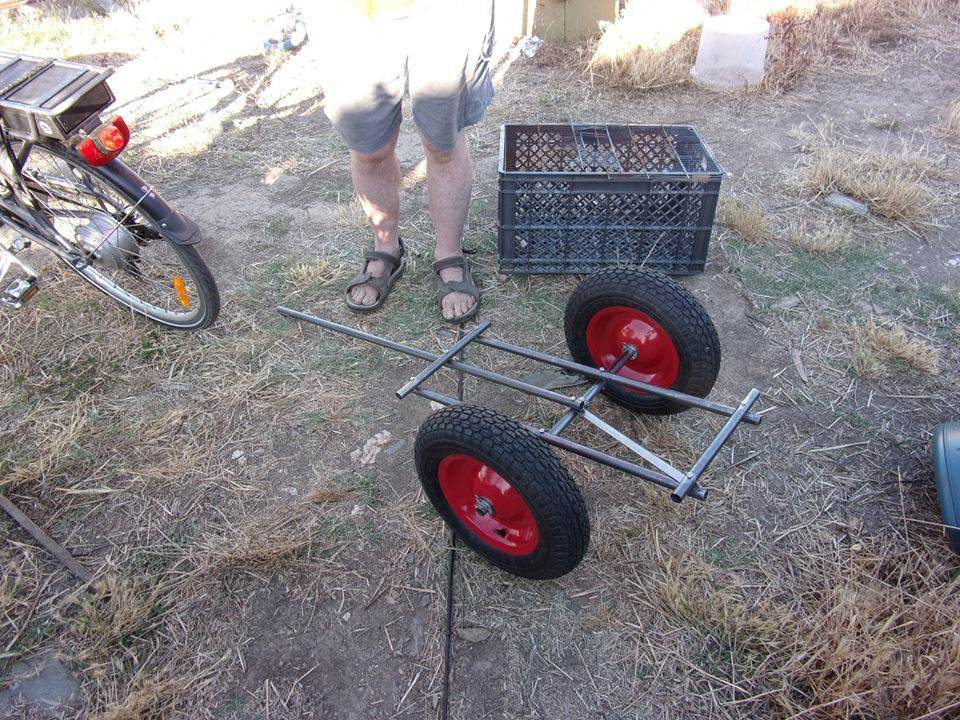 The heads of the bolts stick up a bit, and we thought it might prove to be a problem in case it damaged the underside of the crate, but it turned out not to be a problem. 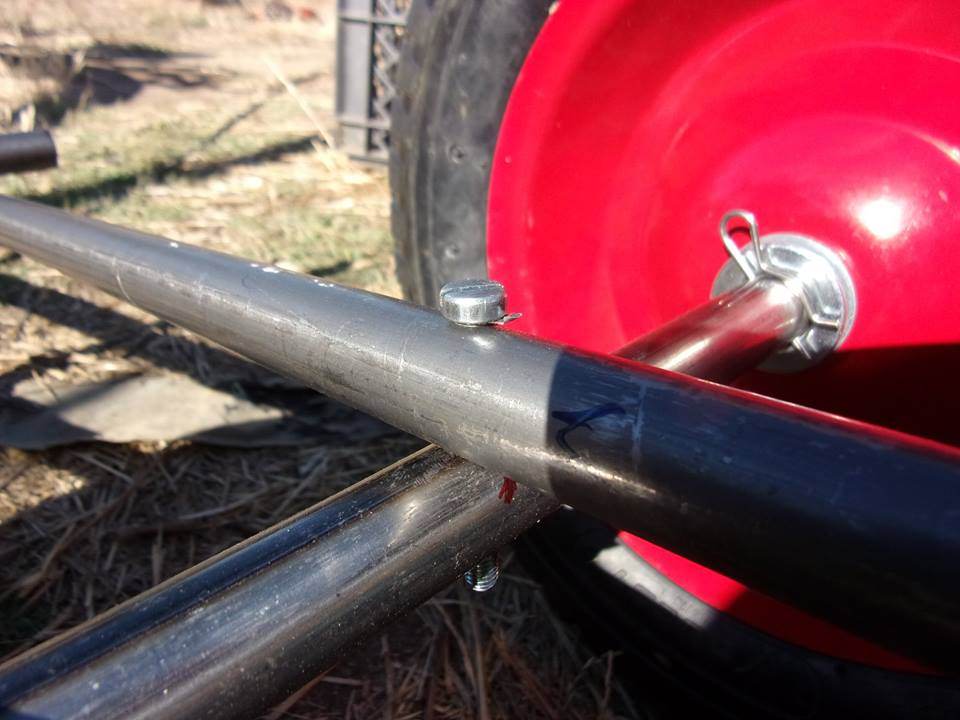 Time to figure out the hitch, which has to fit on here somehow. 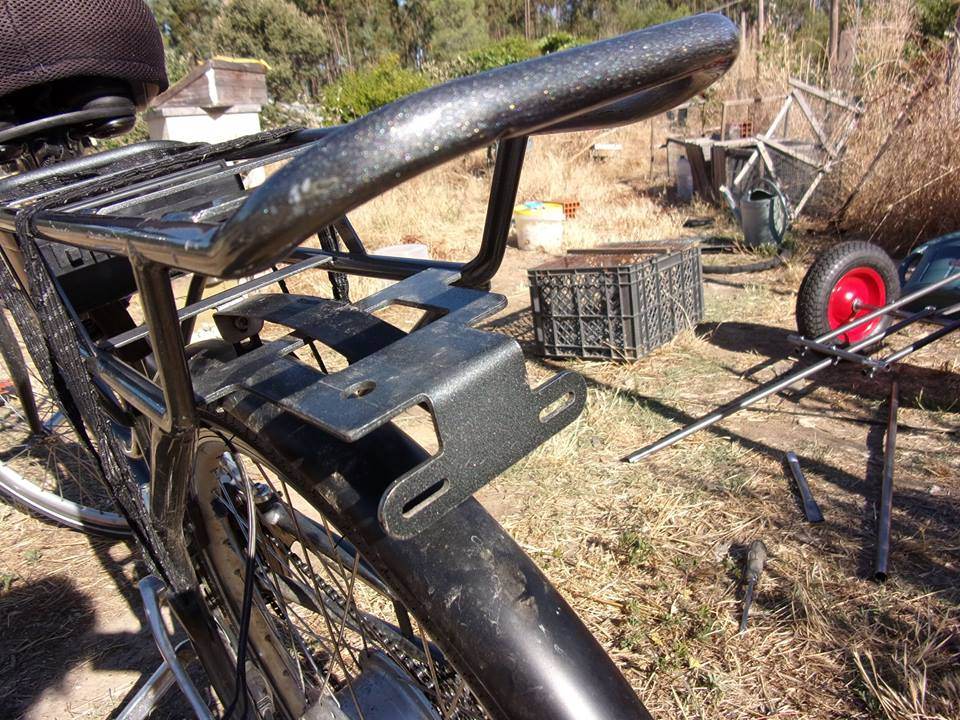 It's gonna need the tow bar to be shaped a bit, and we don't have a pipe-bender so it's going to have to be joined. 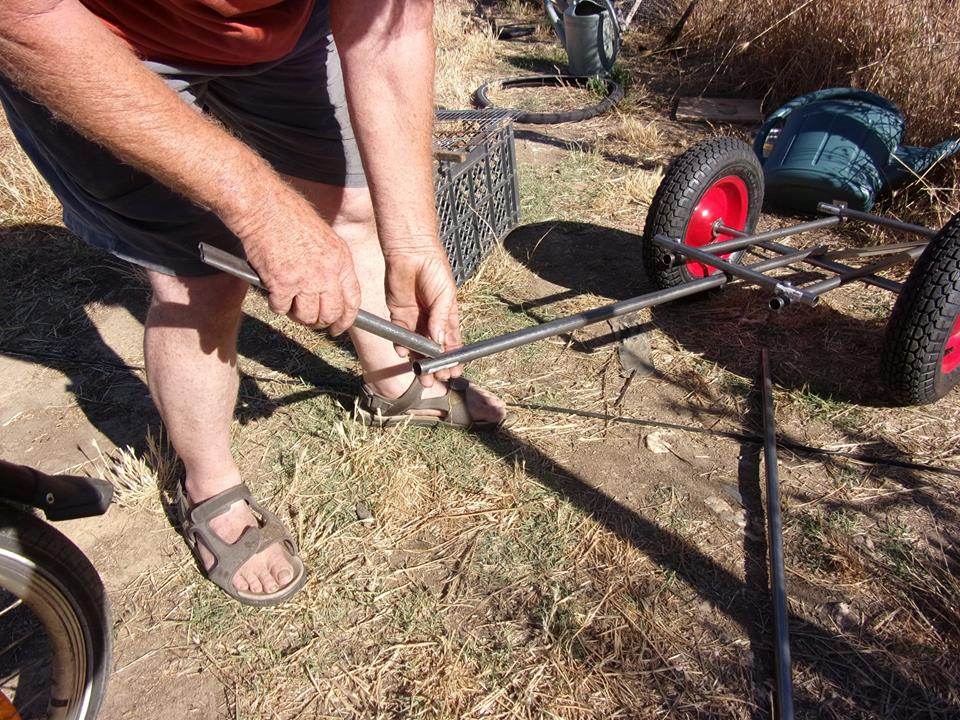 This should allow for a bit of movement in the trailer without it tipping the bike over. 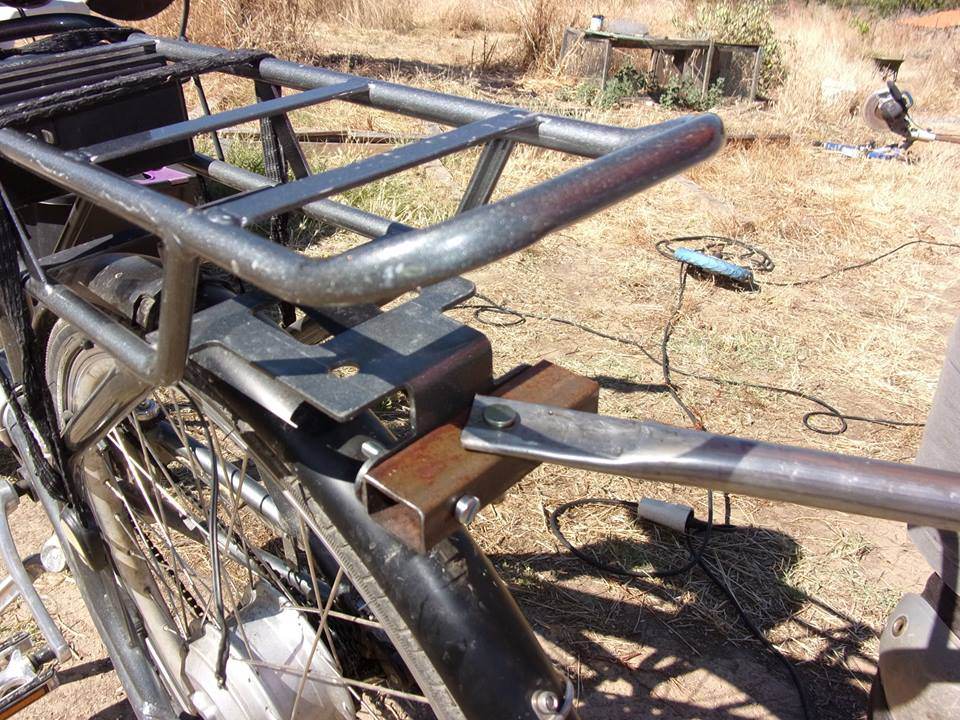 And it's starting to look like a real trailer!  It still needs a lick of paint and some braces to support the angles in the tow bar, then I can take it for a test ride. 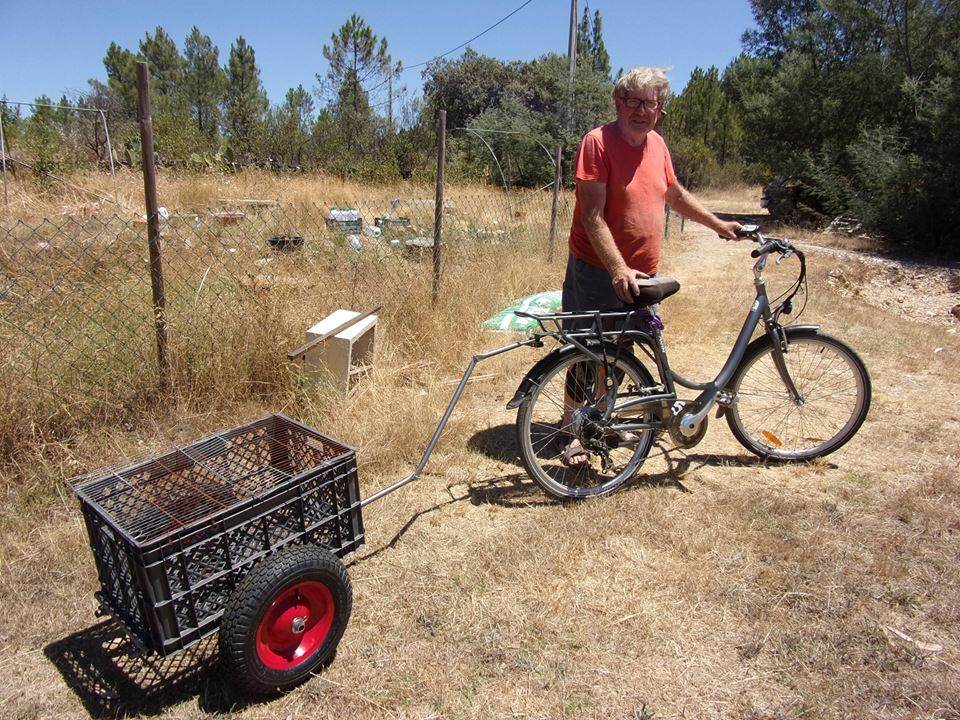 The test track was a bit bumpy, and I soon realised that we needed locking nuts to hold the bolts in place.  We'd just used ordinary ones in case we needed to alter anything.  My other half came to the rescue with his spanners and a pack of lock-nuts and soon put the tow bar back together again. 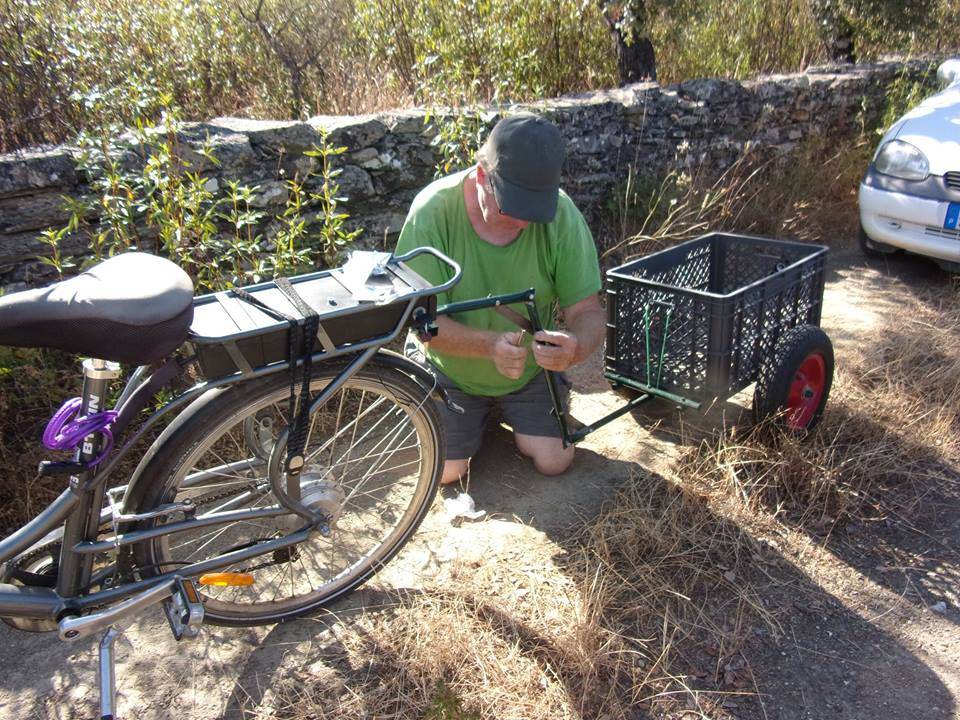 And here's the finished trailer, being loaded up with pine cones as winter kindling.  I managed to lose half of them on the way home as they bounced out going over all the bumps, so in future they'll be inside a large bag and held down with a cargo net.

I hope some of you are inspired to make something similar! 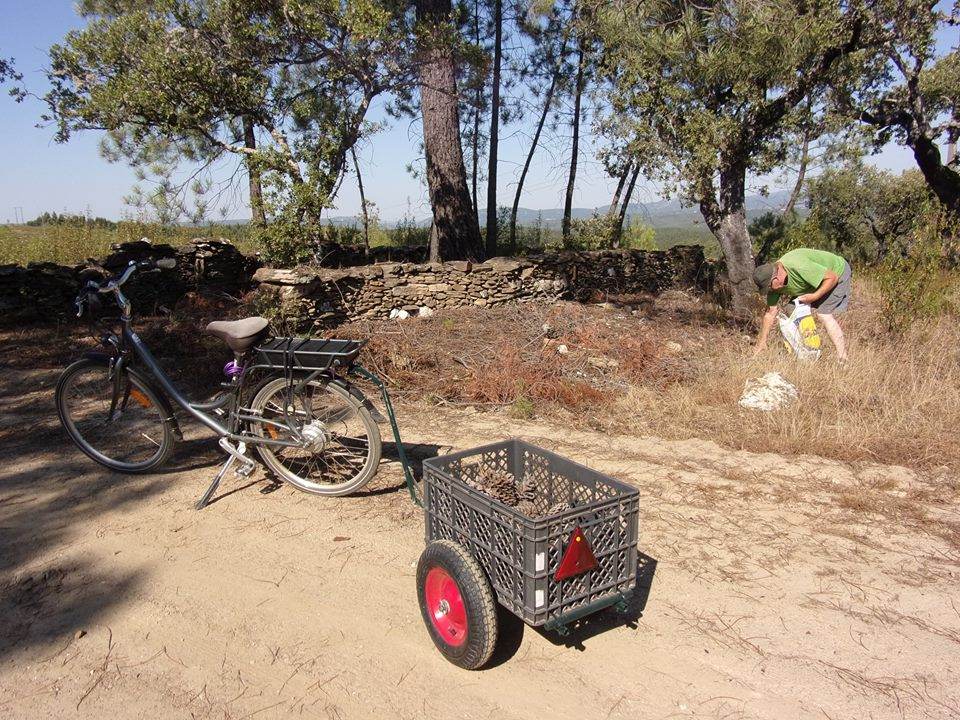 posted 6 years ago
That will come in handy. Nice job