Sophie Gell
Posts: 34
16
posted 1 year ago
Hey yall.
So i'm developing a plan for an outdoor kitchen: (barrel oven, rocket stove, and a griddle bbq setup of some sort. At first I was wondering if all could be powered by one J-tube. hot air going up riser, into one end of oven chamber around and out into a tunnel with an opening for a stove, a griddle, and finally a looong chimney at the end. Now I don't feel too confident that exhaust would be hot enough to be of much use after going through the oven system.

So now I think I will give each feature a separate core, but I'd like to keep them aesthetically part of the same cob "form". I know that most rocket ovens have a metal outer layer, which makes sense bc of contraction and expansion. I've been looking at this oven https://www.firespeaking.com/videos/wood-fired-barrel-oven-video/ , it's not powered by a rocket core but other wise seems like a similar idea. If I built a brick cavity or was able to make the outer cavity of just cob somehow, is it likely that this thermal mass would affect the technology in some other way?

I expect a cob surround similar to that would work fine. It would not lose heat any faster than a metal outer skin, and after some heating it would probably retain heat and help keep the oven warm.
Douglas Alpenstock
master pollinator
Posts: 2799
Location: Canadian Prairies - Zone 3b
737
posted 1 year ago
Offhand, I wonder if the expansion/contraction of the metal in the barrel would mess up the bond with the cob and interrupt the heat transfer. It's still way better than naked steel though.

I have seen quick-and-dirty cob-and-barrel ovens, but the cob was stuffed on the inside of the barrel with a heavy duty expanded steel mesh to hold it in place.

Edit: I just watched the video. It's a different approach from what I visualized, but I like it.

posted 1 year ago
Hi Sophie;
Here are a few photo's of my Rocket powered all brick Black or White oven.
Construction is ongoing and I will have photo's of the build itself later.

I smoked several chunks of white cheddar cheese in this oven yesterday as its first meal produced.
20210627_100339.jpg 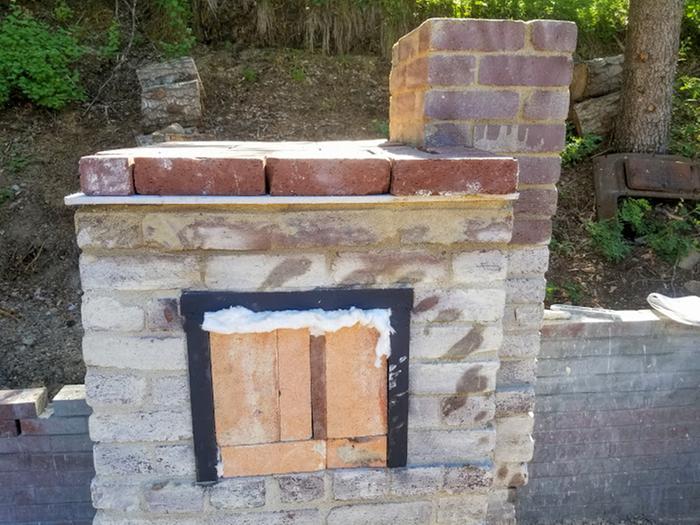 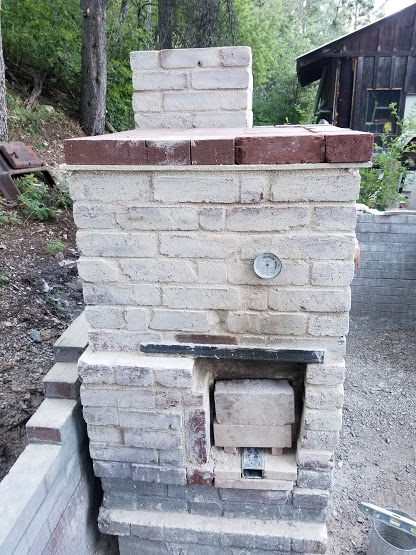 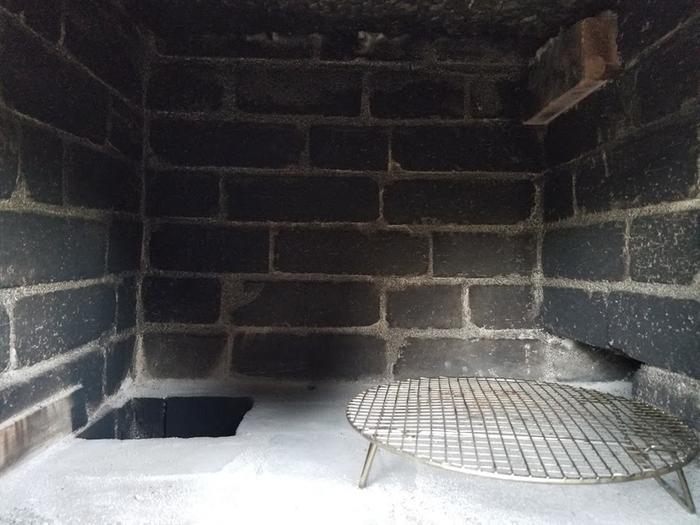 posted 1 year ago
Well my preferred wood is Hickory , but it does not grow here. So I can only get it when someone brings chunks back for me.
However we do have plenty of mountain maple (vine maple)
I use it almost exclusively with cheese.
I have apple and cherry on hand as well.

Sophie Gell
Posts: 34
16
posted 1 year ago
Thanks all! I will have to make a temporary frame for the cob or brick out of willow, or plywood. It seems that, understandably, the expansion of the metal frame causes the masonry to crack/shift over time. Do you tend to use high refractory materials for the j-tube as you would on an RMH? It seems most people are just going with regular brick. What did you use Thomas?

Additionally, I've been binging a lot of youtube videos of wood cookstoves like this:
I am surprised that the fire would come out of multiple places and still remain strong enough to heat the pans. Do you buy it?

posted 1 year ago
Hi Sophie;
There are over 300 plain clay bricks in my build.
There are also apx 40 split fire brick, that are needed in the core area.
No refractory cement was used at all.
The lowest levels of the clay brick surround are concrete mortared and all the upper levels are fireclay/sand mortar.

Nice video.  That is an L tube design.
As the holes are covered it sends more heat down the line, heating the chimney stack and creating a solid draft.

L tubes require steady attention to keep the fire hot.
A J tube design is the same but is self feeding with vertical wood.

Sophie Gell
Posts: 34
16
posted 10 months ago
Wanted to post an update on this project!

We got very far, then a set back. Looking forward to finishing in the spring.

It's a 6.5" J tube powered rocket oven, but as stated in the title, we used cob as the shell. For the metal fabrication of the inner barrel, I followed the permies plans exactly. The J tube dimensions are somewhat unique, as they have to be so that the oven is not too high.

Fabricating the metal frame to hold the barrel 2" above the riser was rather tricky. Constructing the armature to support the cob out of Luan, was easier than expected and seems to have worked well.

Once it was cob time, it was pretty much smooth sailing. Until the rainstorm. I was planning to do a 'smoothing coat' of just sand and clay to set the tiles into. Then come back in the spring to plaster when it warmed up again. Well I did that, and then a very windy thunderstorm blew the tarp off and set me back quite a bit. Lost a good amount of material, it just slid right off under the weight of the water and gravity. I threw what I could back on, expedited the roof. And now we are on hold until spring. Will update.

I did get to fire the oven a couple times, got it to 350 without trying too hard, and it was still wet. I am hoping for much higher temps. The exhaust was very hot, so I installed a damper but haven't tried it out since. Felt like walking a fine line between wanting to fire to dry up the cob shell, but not wanting to burn out the armature before cob could support itself. In the end not sure it mattered much.
Sophie Gell
Posts: 34
16
posted 10 months ago
pics!
Barrel-Oven.png
grinding-toxic-waste-out-of-barrel.jpg
metal-fab.jpg
wood-base.jpg
cobbing-in-j-tubes.jpg
frame-for-barrel.jpg
-manifold-.jpg
barrel-set.jpg
building-up-manifold.jpg
frame-for-cob.jpg
hardibacker-o.jpg
making-prgress.jpg
getting-somewhere.jpg
cobbing.jpg
getting-somewhere-two.jpg
smooth-coat-and-tikles.jpg
Frost-on-Oven.jpg
from-the-back.jpg 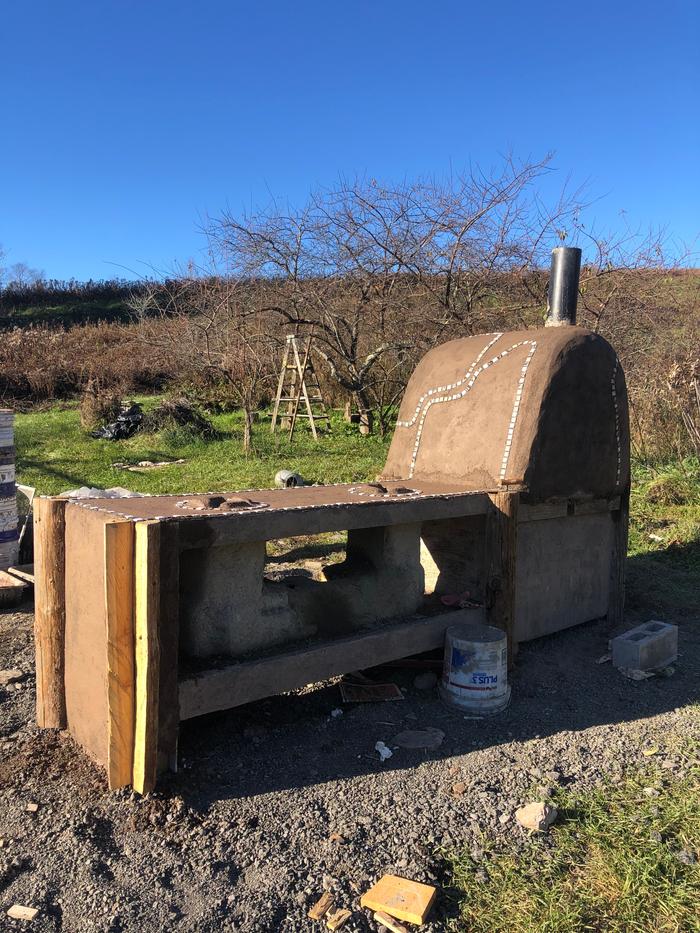 posted 10 months ago
What a shame that storm set back your beautiful work, Sophie! It will be wonderful when it's finished.