The Flies that You Actually Want to Have

posted 4 months ago
I know I commonly think of flies as being really dirty and annoying....and some are.

However there are tons of different harmless types of flies, some that prey on smaller insects, and others that are great pollinators. These are the ones I get excited to see!

Do you have any types of flies that you get excited when you see them?

posted 4 months ago
I'm learning about hoverflies. There are so many critters that look a bit bee-like in their colouring; it's hard to tell them all apart until you look closer. Hoverflies look like bees with fly eyes and fly wings. They do a lot of pollination, because the adults eat pollen and nectar. The immature ones feed on aphids and things like that. So these are definitely good guys. :)

posted 3 months ago
I saw these guys flying around everywhere in my food forest and wondered what they were?

They are super fast and pretty tiny. I managed to get a photo of one, and in the next photo was just a flash.

They appear to be long legged flies, which from what I've read, seem to be super welcome!

Here's a description of them from Wikipedia


Dolichopodidae generally are small flies with large, prominent eyes and a metallic cast to their appearance, though there is considerable variation among the species. Most have long legs, though some do not.

Dolichopodidae are a family of flies ranging in size from minute to medium-sized (1mm to 9mm). They have characteristically long and slender legs, though their leg length is not as striking as in families such as the Tipulidae. Their posture often is stilt-like standing high on their legs, with the body almost erect. In colour most species have a green-to-blue metallic lustre, but various other species are dull yellow, brown or black.

Adults of the Dolichopodidae live largely in grassy places and shrubbery. The flies occur in a wide range of habitats, near water or in meadows, woodland edges and in gardens.

The adults are predators, feeding on small invertebrates including Collembola, aphids, and the larvae of Oligochaeta. Species of the genus Dolichopus commonly prey on the larvae of mosquitoes.

The larvae occupy a wide range of habitats. Many are predators of small invertebrates and generally live in moist environments such as soil, moist sand, or rotting organic matter. Genera such as Medetera live as predators under tree bark or in the tunnels of bark beetles.

It amazes me how the smallest creatures can sometimes have a huge beneficial impact, and help to keep nature in balance! 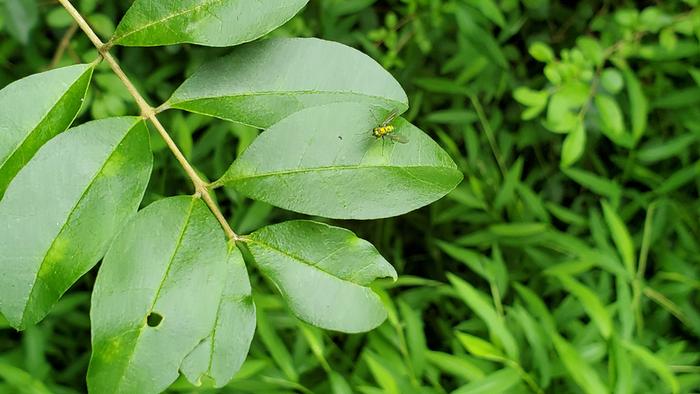 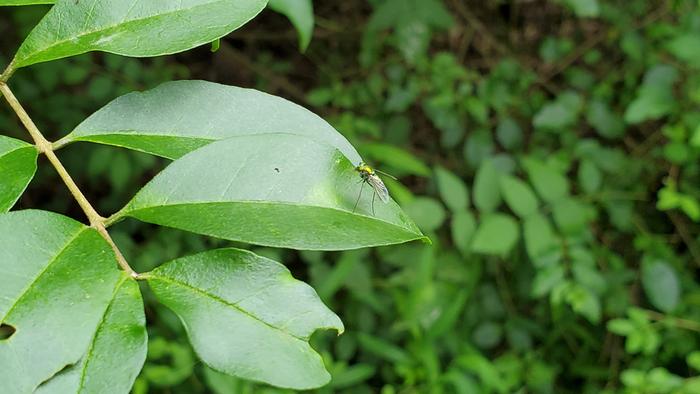 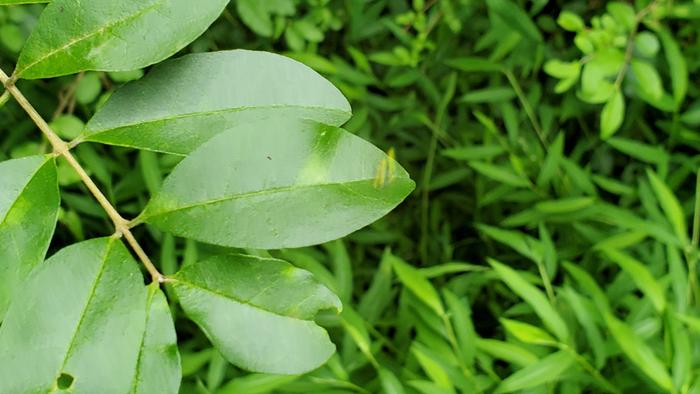 May Lotito
pollinator
Posts: 171
Location: Missouri. USA. Zone 6b
109
posted 3 months ago
Robber flies
They are good predators. I'd like to get a picture of robber fly preying next time.
robberfly.JPG

Quote from the page:

The predatory habits of robber flies, both as adults and larvae, tend to put them into the same “beneficial” category as lady beetles, lacewings, mantises, and assassin bugs, since they devour many pest insects, including insects that damage crops. One species is known to prey on Japanese beetles. Some, however, eat honey bees, as well as wasps and bumble bees.


I would like to have the one that preys on japanese beetles.