posted 2 years ago
Not finding those winter photos, but here are a couple of videos:


And yet another blizzard - pretty sure this was the january 4th storm where we got another 20". Warning - I think I swore in this one, so no sensitive child ears

I know I had some pictures of the ice storms from december and the other blizzards we got, but can't seem to find them tonight.

At some point, I'll be putting together a video of my backwoods, thrown together maple sap boiling setup...but not tonight. Video's only been sitting there screaming for attention since late march or early april, so it has at least a couple more months to sit and stew before I get to it

posted 2 years ago
Ducklings, goslings and chicks, oh my!

10 Grimaud Hybrid Pekin ducklings, 3 French Toulouse goslings, and 25 Rollin S chicks. They had a very rough journey, arriving a day late and very weak (especially the chicks). Sad to report we've lost 6 chicks and 2 ducklings. One more duckling is still pretty weak, and is quite underweight, but has hung in there so far. Everyone else seems strong and active so far, and they've been happily guzzling water and gobbling up the starter feed.
ducklings-and-goslings-1.JPG 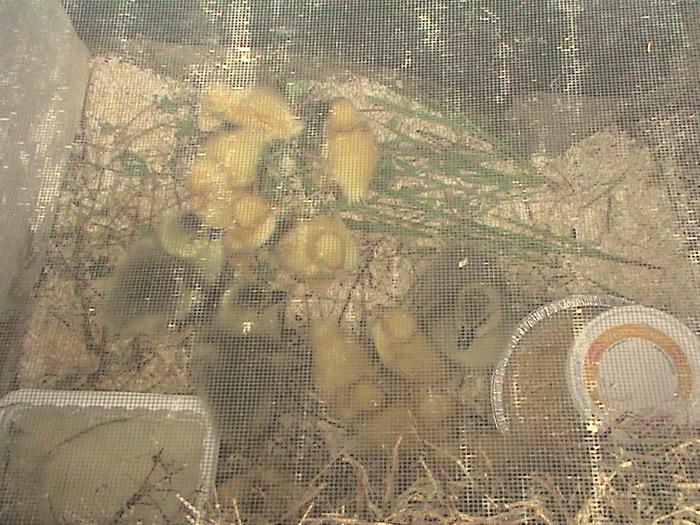 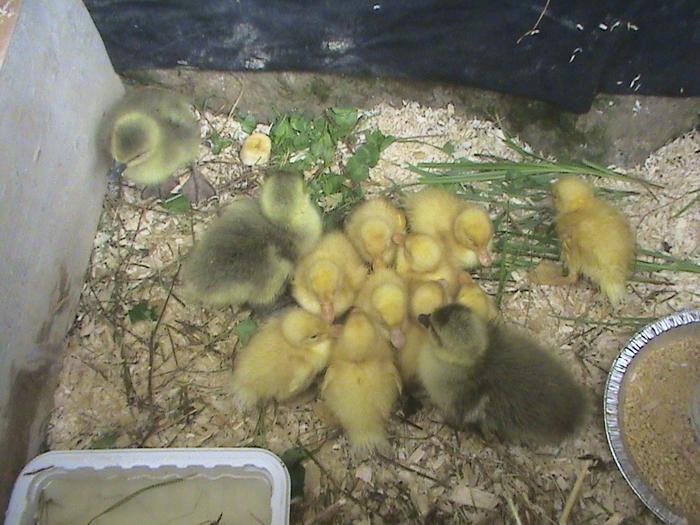 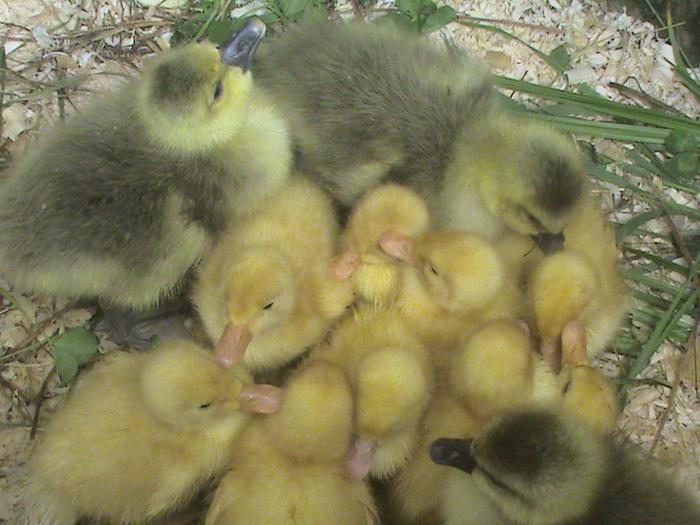 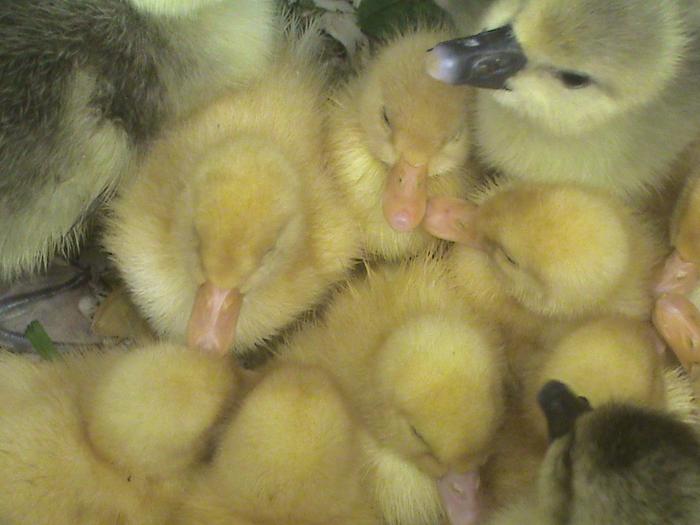 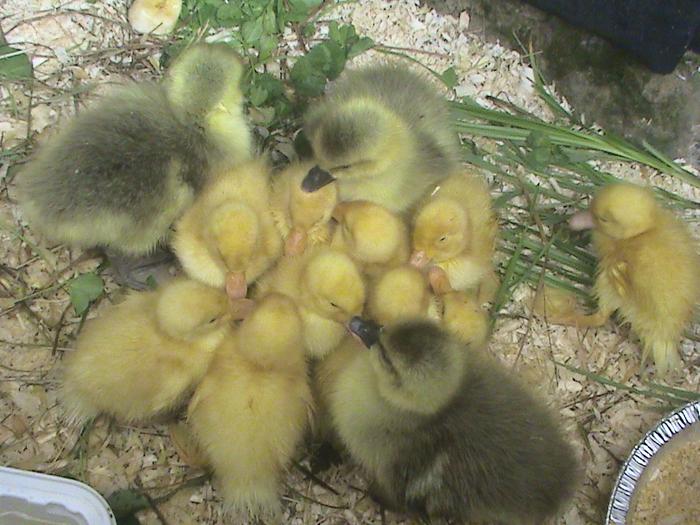 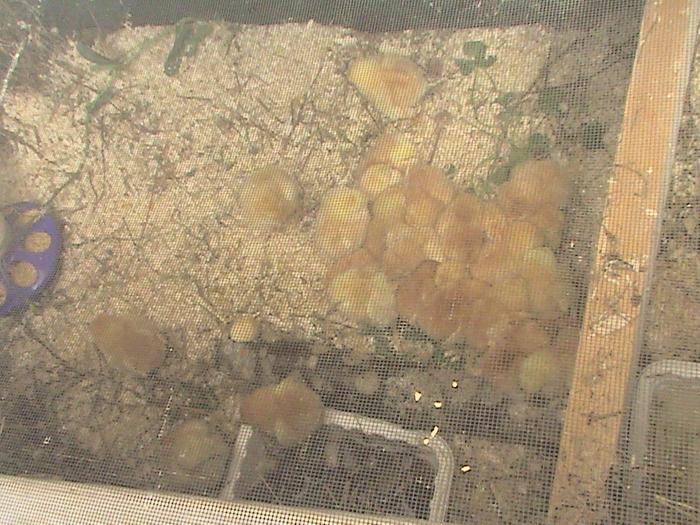 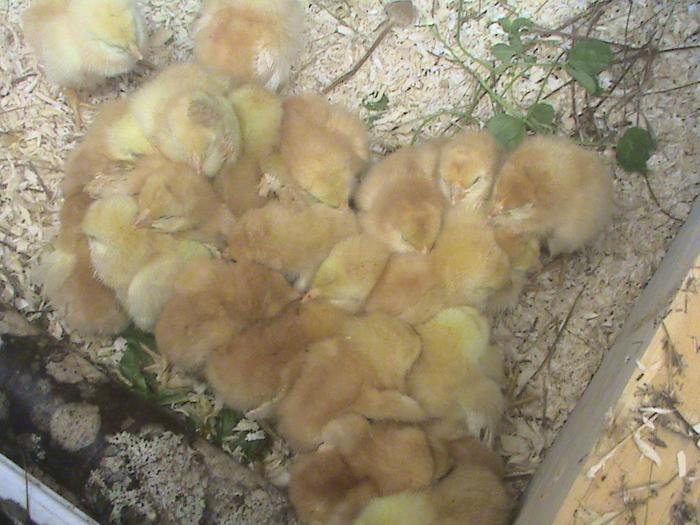 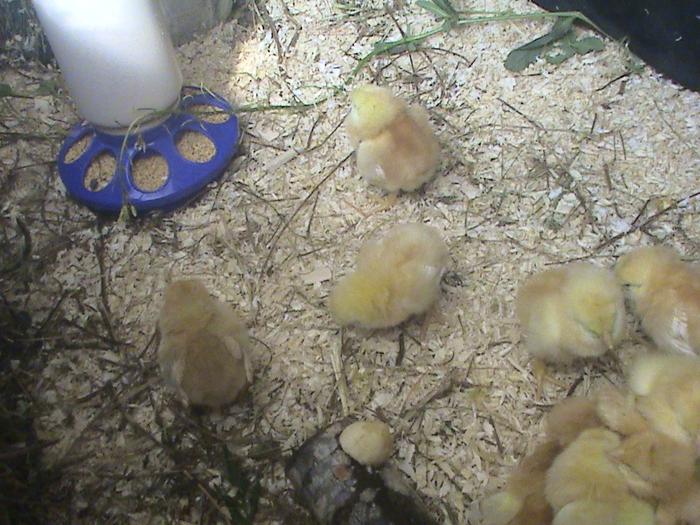 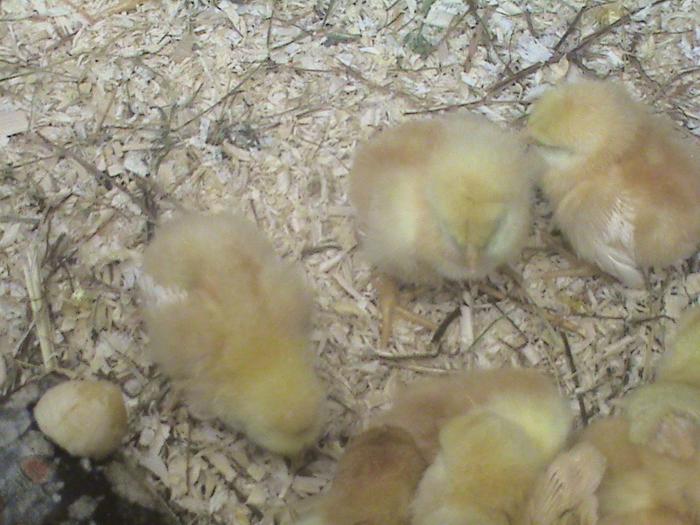 posted 2 years ago
Hay Tristan, thanks for the update! Looks like you have made a lot of progress. Good stuff!

Miles Flansburg wrote:Hay Tristan, thanks for the update! Looks like you have made a lot of progress. Good stuff!

Slow progress, but progress nonetheless :)  Thanks for following things in the thread - knowing people actually view it does inspire me to keep up with it as much as I can. Back before I got started with everything, it was always threads like this that had me thinking "maybe, just maybe, even I can do something like that". For anyone else out there that happens upon this one and is thinking the same thing, it's easier than it sounds but harder than it looks :D

posted 2 years ago
More picture updates for tonight before I get caught up in everything else going on again. First off, here are the chooks doing their thing in their enormous (for such tiny things) house and run
happy-little-chooks-1.JPG 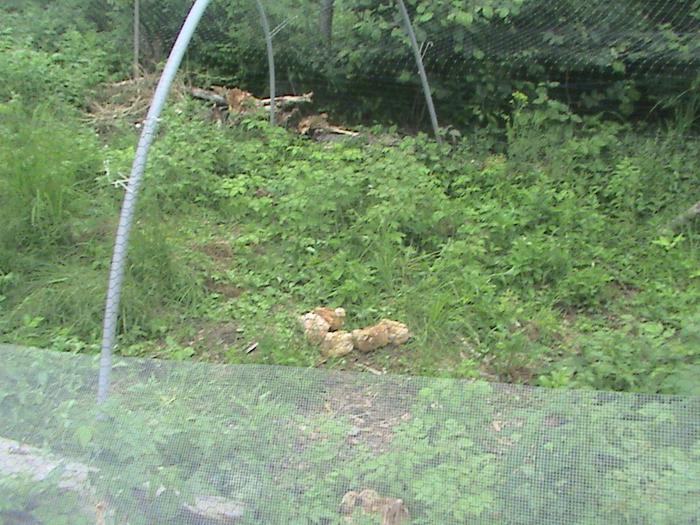 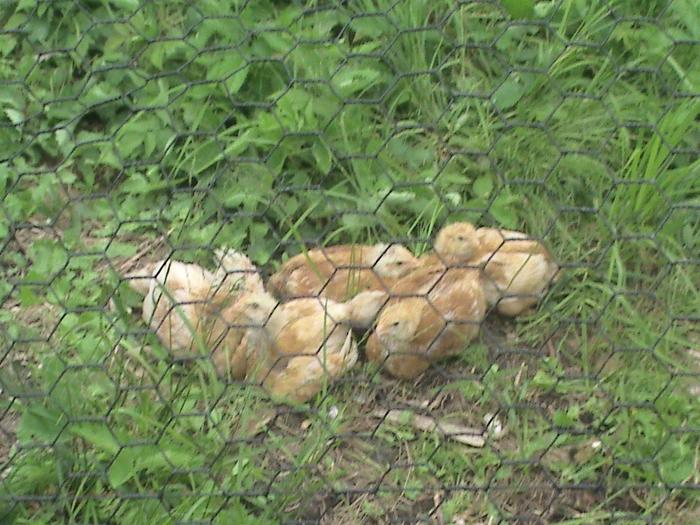 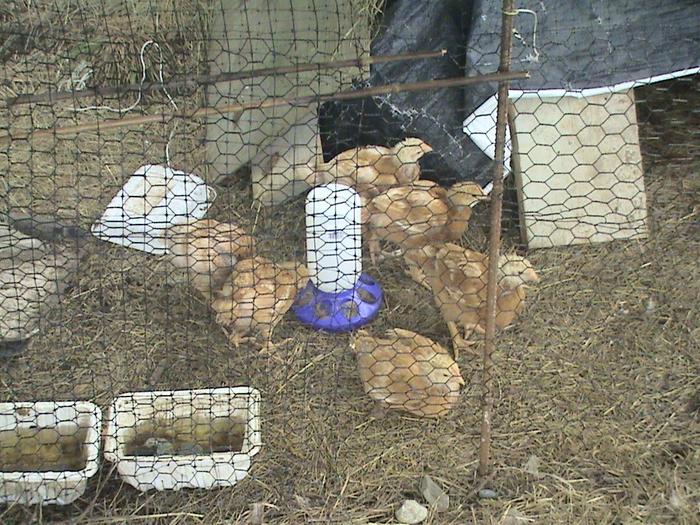 posted 2 years ago
Here's a couple of the aptly named Monster sitting on her nest from just over a week ago. She hatched 7, of which she lost one that night. She then promptly adopted the pekin ducklings and the goslings, abandoned her ducklings and hasn't bothered with them much since. The golden 300 layer that we let sit this year adopted them and abandoned her nest, but was so mean to everyone else, and noisy, we had to kick her out to the summer house. The 6 poor week-old ducklings are now being looked after by Surrogate (who's a week overdue already) and the "whitehead" while Monster spends all her time looking after her new favorites.

The third picture is of Surrogate today when we noticed a broken shell in her nest, as if she hatched a duckling finally. After searching around I did find it on the floor behind her nest, alive but barely. Seems she rejected the duckling and kicked it out of the nest after it hatched. I tried warming it up and putting it back in her nest, but she rejected it again a while later. That little one is in here for the night with a warm water bottle to see how it does. It might have paralysis on one side, or it might be a broken leg from being kicked out of the nest today - it can't stand up or move around without dragging itself and the one leg seems completely limp...but it's certainly a fiesty, lively and talkative little duckling now that it's warmed up and rested. It'll be sad if it does turn out to be a permanent issue as this little guy wants to survive.

The last one is Monster's ducklings - the lighting in the duck house is terrible, but you can at least see the lighter colored ones in there

They don't spend much time outside since nobody's watching out for them, but they've been out a few times already. Adorable little guys, too 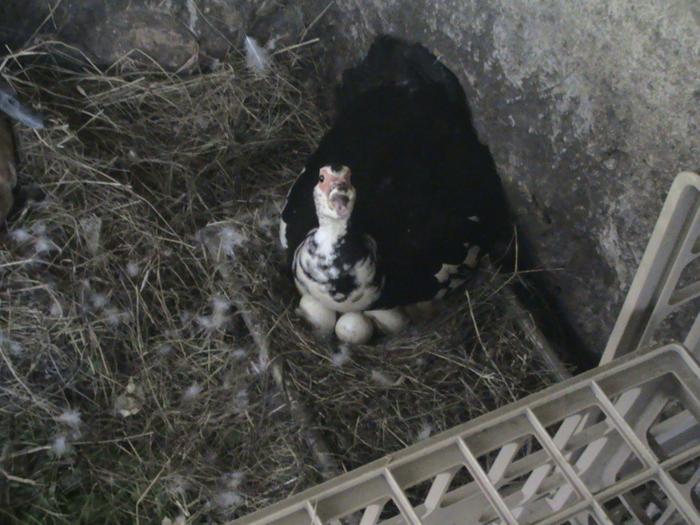 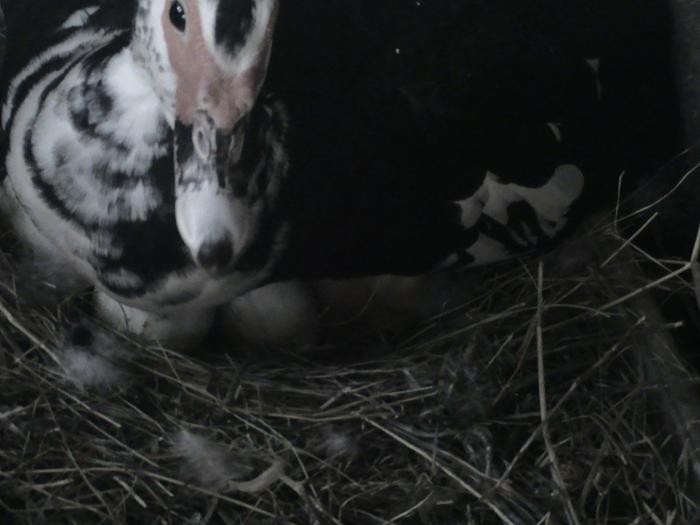 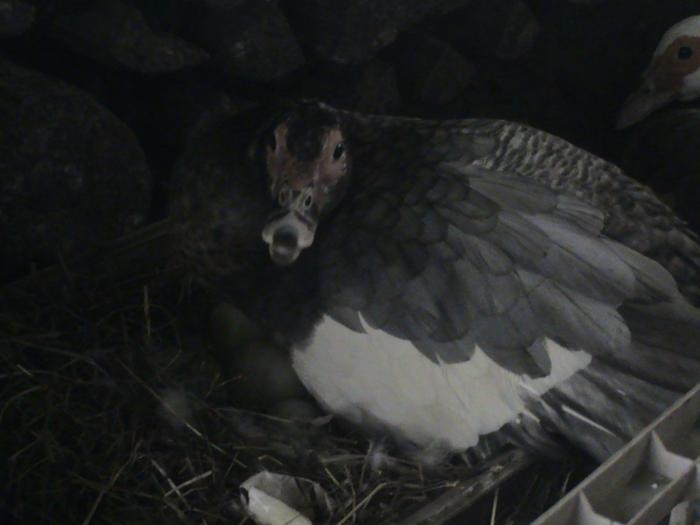 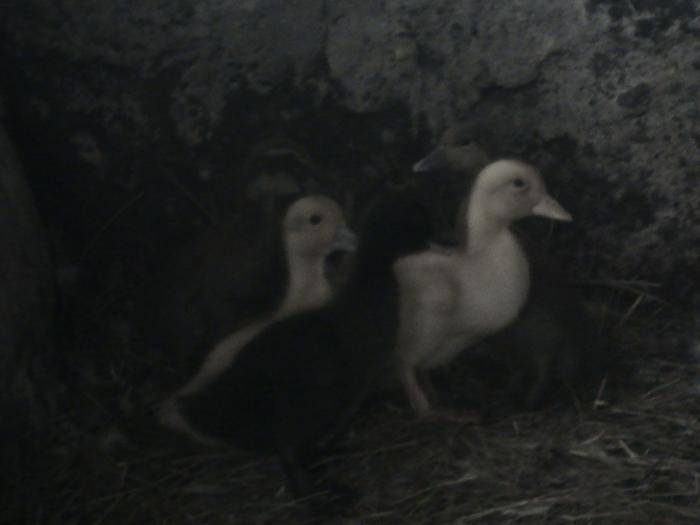 posted 2 years ago
The (pekin) ducklings and (french toulouse) goslings from the previous posts have settled in nicely. Here's some pictures of their first day under blue skies. Need to split this into two posts as it wont go through with too many photos attached.
ducklings-and-goslings-first-day-out-1.JPG 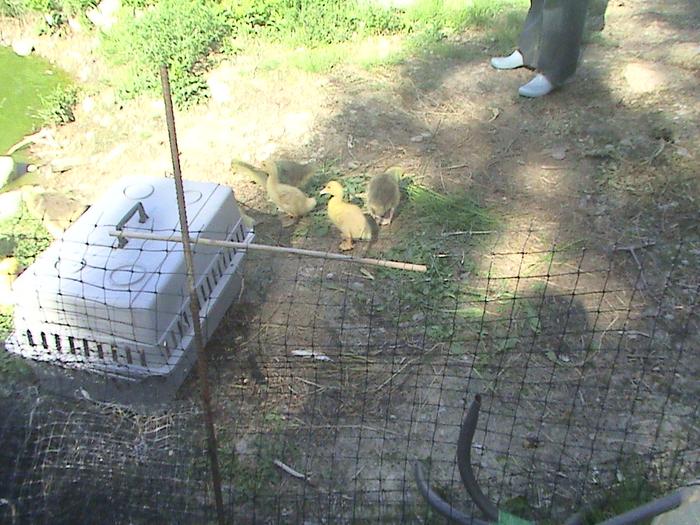 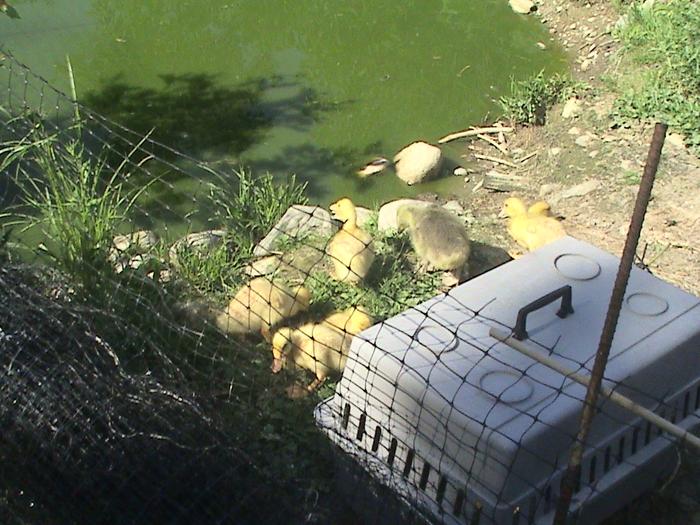 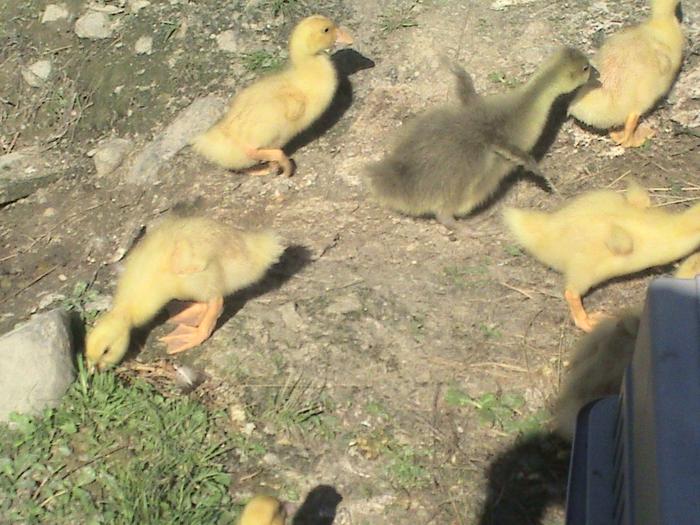 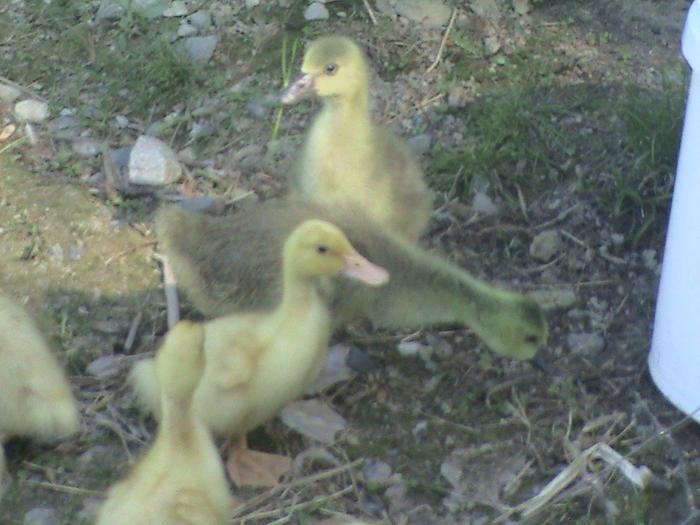 posted 2 years ago
Here's the rest of the gosling/duckling pictures
ducklings-and-goslings-first-day-out-8.JPG 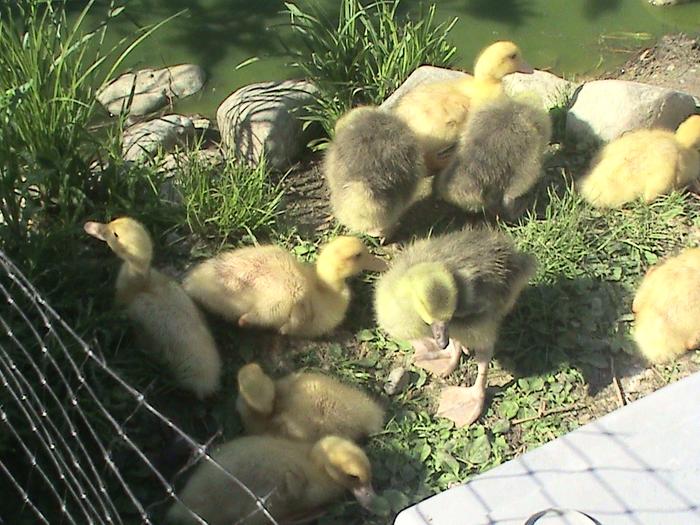 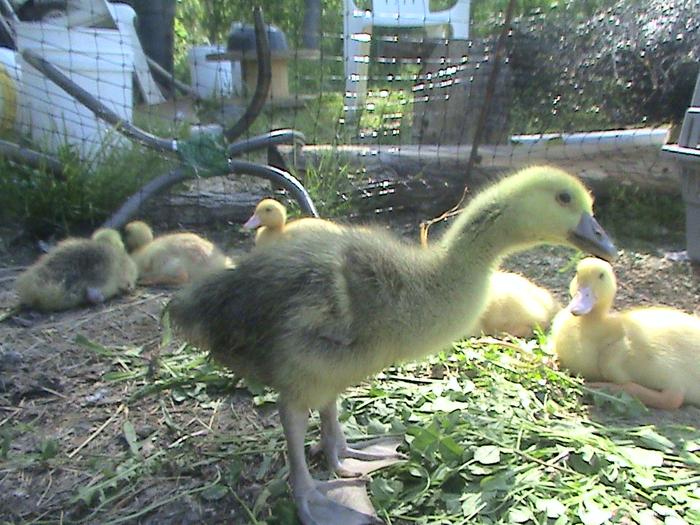 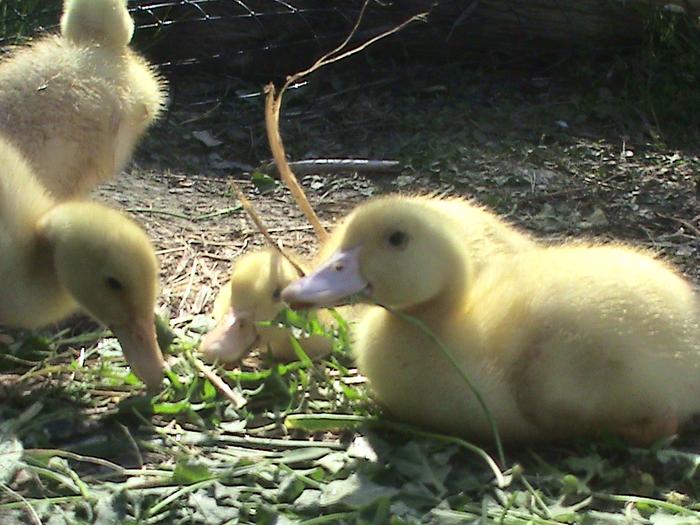 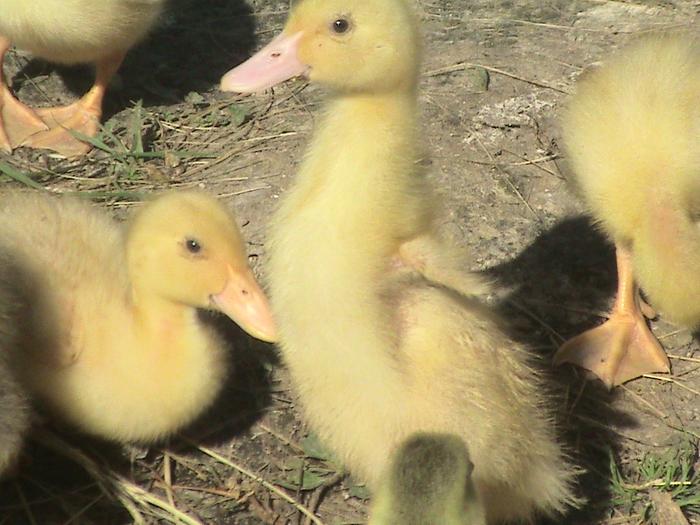 posted 2 years ago
And here's an update on tomatoes directed seeded with bottle clotches - these are the black cherry tomatoes. As you can see, I haven't thinned them yet. I'll probably leave two plants per so they can be trellised out in opposite directions 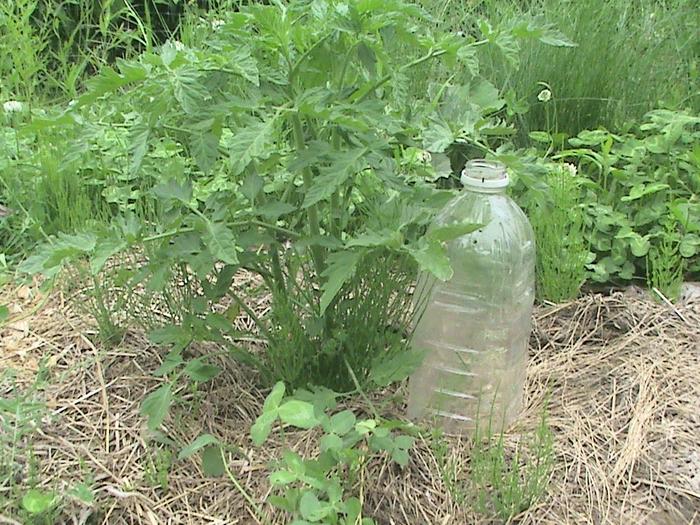 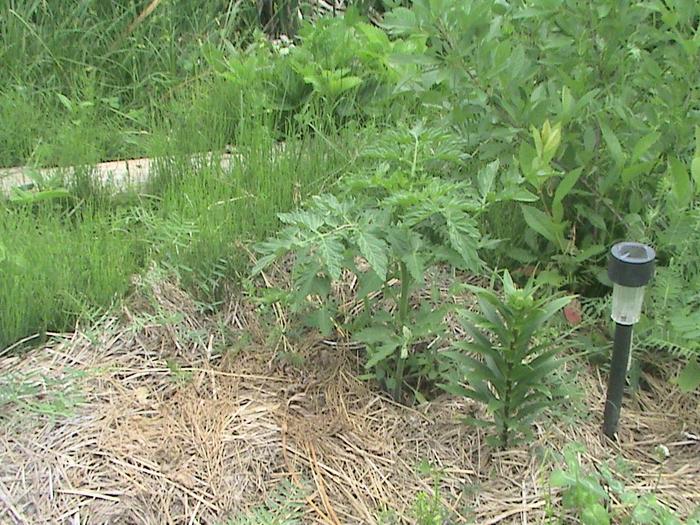 posted 2 years ago
I did take more pictures today, but I'll have to leave it with this for tonight...strawberries

Also, there's a shot of the garlic putting on scapes, peonies in bloom, comfrey (there's three clumps, two of which have been harvested for mulch) and you might be able to spot some of the roma tomatoes mixed in with mint under the garlic or along the bottom of the hill with that single line of garlic.

Strawberries and garlic scapes...who could ask for more, right? 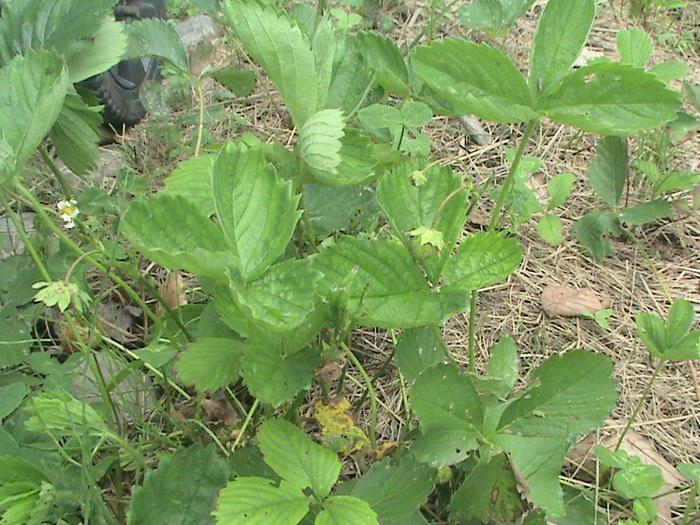 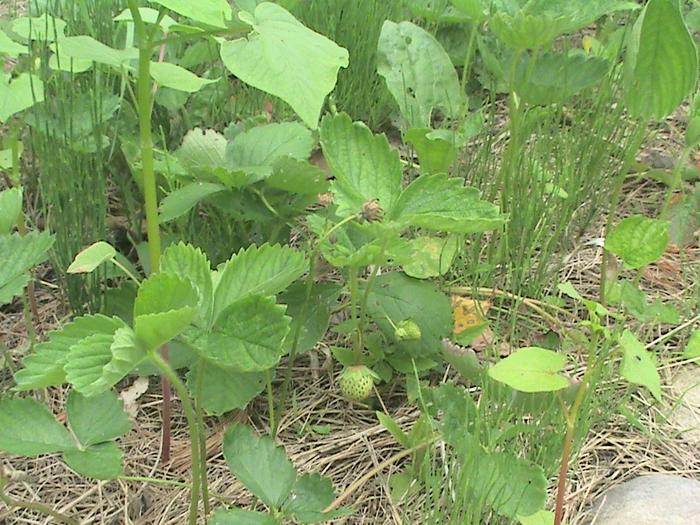 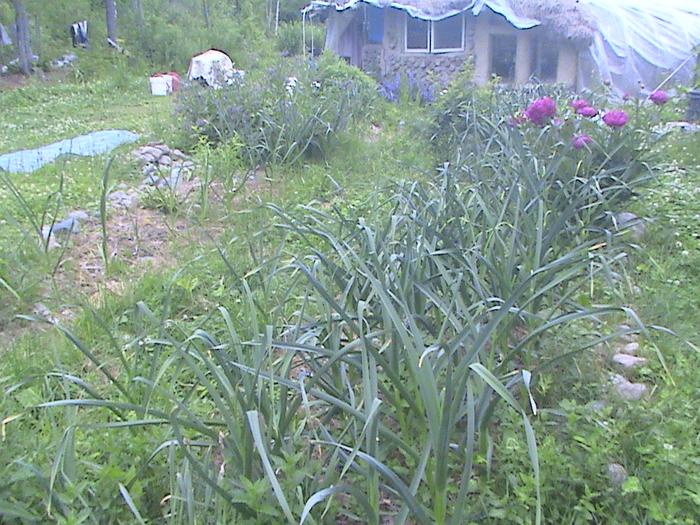 Ghislaine de Lessines
pollinator
Posts: 261
Location: Vermont, annual average precipitation is 39.87 Inches
43
posted 2 years ago
This is a great thread!  Thank you so much for posting updates.  I have gotten a lot out of it, especially the pond work you have done.