Mission
The Open Source Seed Initiative (OSSI) is dedicated to maintaining fair and open access to plant genetic resources worldwide in order to ensure the availability of germplasm to farmers, gardeners, breeders, and communities of this and future generations.
Vision
The Open Source Seed Initiative (OSSI) engages in education and outreach that promotes sharing rather than restricting access to plant germplasm, recognizes and supports the work of plant breeders of all kinds, and supports a diversified and decentralized seed industry. The core strategy for achieving these goals is the dissemination and propagation of the OSSI Pledge and of OSSI-Pledged varieties, both of which preserve the rights of farmers, gardeners, and breeders to freely use, save, replant, and improve seed of OSSI-Pledged material.

I found out about this initiative when I interviewed Don Tipping of Siskiyou Seeds for the Story Connective podcast Seeds of Inspiration. Don is one of the first members as a plant breeder & as a seed company. He has pledged about 30 varieties that he has bred to the Open Source Seed Initiative to put the seeds into the "public domain" as an alternative to patents & restrictive licensing.

Don explains why he joined & is supportive of the Open Source Seed Initiative:

Seeds -like air, water, & soil- are part of the commons; they are part of something we all own. You can own the physical seed, but you can't own the genetics behind it because, as Gary Nabhan says, '99% of the improvement on our food crops was done 300 years ago. And what we've done in the last 300 years amounts to less than 1%. Because our ancestors took tomatoes from some crazy little weed to these heirlooms; they took corn from some inedible little hard rock-type grain into all the myriads of all it is. What we've done is just polish it up.' I can't patent something that is part of the Creative Commons. These are our genetic resources; these are things we share in common. ...
One of the challenges:
Biopiracy: "Biotech giants are going into forests (eg. The Amazon) & obtaining utility patents on native wild plants, or constituents of them, or some process or trait. They are even going into traditional heirloom varieties & getting utility patents like an iPhone or a carburetor as if they invented a concept like heat tolerance in broccoli. And this is happening at breakneck speed. Heat tolerance in broccoli is currently an owned utility patent! Nobody invented that! Broccoli has had to deal with heat for centuries! Somebody just wrote it down & spent the money & attorney fees to get it filed with the patent office."
Part of the role of those of us engaged in commerce is to educate the consumers about the kind of things that we face. As a plant breeder, I could get a knock on my door -or more likely an email- someday saying, 'You're in violation of this patent. You owe us royalties right now.' That could happen with a variety that I breed a unique trait of; because if I don't patent it then it's wide open for somebody else to. So that's why putting it in the public domain through the Open Source Seed Initiative at least gives us a base line, saying 'I've pledged this to open source. Genetics are stewarded by community...'

The philosophical & legal foundation is based on the open-source software model:

...a decentralized software development model that encourages open collaboration. A main principle of open-source software development is peer production, with products such as source code, blueprints, and documentation freely available to the public. The open-source movement in software began as a response to the limitations of proprietary code. ...
Open source promotes universal access via an open-source or free license to a product's design or blueprint, and universal redistribution of that design or blueprint. ... The open-source software movement arose to clarify copyright, licensing, domain, and consumer issues.
Generally, open source refers to a computer program in which the source code is available to the general public for use or modification from its original design. Open-source code is meant to be a collaborative effort, where programmers improve upon the source code and share the changes within the community. Code is released under the terms of a software license. Depending on the license terms, others may then download, modify, and publish their version (fork) back to the community.

Andrew Barney
Posts: 135
Location: Northern Colorado
37
posted 4 years ago
I'm in the process of pledging a red-podded pea variety to the Open Source Seed Initiative. Trying to be the first before some seed company tries to patent it as there are no commercially available red-podded peas yet.

red-podded peas were originally discovered by Rebsie Fairholm in the UK in 2008. The particular strain i have was first crossed by Joseph Lofthouse in Utah, and i have continued selecting and growing it since, even after Joseph's crop died out and he had a seed failure. Since i neither discovered the cross, nor did the original breeding of it i don't feel like i could have any claim on it anyway and feel it has already been in the public domain really. With Josephs consent i am in the process of pledging it and plan to send seed samples to Baker Creek and Alan Kapuler (Peace Seeds) for them to grow and offer down the line. Both Joseph and Rebsie were inspired by the breeding work of Carol Deppe and Alan Kapuler, and Alan Kapuler has been pledging his vegetable varieties to the public domain for years.

P.s. I have used Firefox in the past, currently use Ubuntu/Debian Linux as my main OS. Use LibreOffice as my main Office suite. Use a variety of other Open Source softwares such as Gimp, Inkscape, Gparted, 7zip, Clonezilla, Arduino (software & hardware), CURA open source 3d printer software, and use the Lulzbot Mini Open Hardware 3D printer. So one could say i love Open Source.

posted 4 years ago
Cool, thanks for your contribution to the commons Andrew!
What kinds of things do you like to 3D print?
I've been a GNU/Linux user & proponent myself since 2007 & the automated veggie system on my truck uses an open-source hardware "brain"

posted 4 years ago
Another Linux user here. All of the computers on my network are Ubuntu Linux.

Your Donation Gives Back: We want to give back to the projects whose stories we've shared. So, if you donate to the Story Connective, you will get to vote on which one of the projects we've told a story about over the past 6 months that you want to support. Whichever project gets the most votes by our donors will receive a portion of our donation money from this fundraiser. We will send you your ballot after you donate.

You can support us & participate in voting in the following ways:

1) BECOME A SUSTAINING SUPPORTER: For as little as $1 per month you will become our patron! You will be invited into our creative process & our inner community, with special updates, stories, & some special perks.
Sign up to be a sustainer at whatever tier you choose by clicking here: Patreon.com/StoryConnective - our membership-sustainer crowdfunding site.

Thank you so much for your support!

Loxley Clovis wrote:Cool, thanks for your contribution to the commons Andrew!
What kinds of things do you like to 3D print?
I've been a GNU/Linux user & proponent myself since 2007 & the automated veggie system on my truck uses an open-source hardware "brain"

Lots of stuff. I'm tinkering with all kinds. Recently i printed a bracket with a thread in it to fix a lamp. Might post that on Thingiverse sometime.

Currently i working on building a primitive PFC "Personal Food Computer" basically a large t-slot based grow box with led lights. For growing things indoors. Its over on the MIT OpenAg forum!

Following the Organic Seed Growers Conference, the Open Source Seed Initiative will be hosting casual breakfast roundtable conversation event. If you are a current OSSI partner, connect with other plant breeder and seed company partners. If you are new to OSSI, come learn more about what we do and how you can join our efforts to build a decentralized and open source plant breeding and seed system. Meet and talk with the plant breeders, seed companies and thinkers that make up the Open Source Seed Initiative community as well as representatives from international sister organizations in India, Zimbabwe, and Thailand.

The following OSSI partners and board members will be around to talk and answer your questions between 8:45am-11am (confirmed participants, more to come):

Andrew Barney
Posts: 135
Location: Northern Colorado
37
posted 3 years ago
There is a new plant breeding forum for those who didn't know. It is being hosted and supported by OSSI.

http://opensourceplantbreeding.org/
Mike Brunt
Posts: 11
2
posted 2 years ago
This is great to read as we have been involved in the open source software field for many years and in fact host a modified version of farmOS which is a open-source farm/garden ledger system.  We named our version Permaledger and would be delighted to add any information which might help the OSSI programme.  If interested you can check it out here https://perma-ledger.com/ uname guest pw 123456789
Kelly Bell
Posts: 9
I like...

posted 2 years ago
I say, the more parts of society we can model on the Open Source Software model, the better! Count me in! 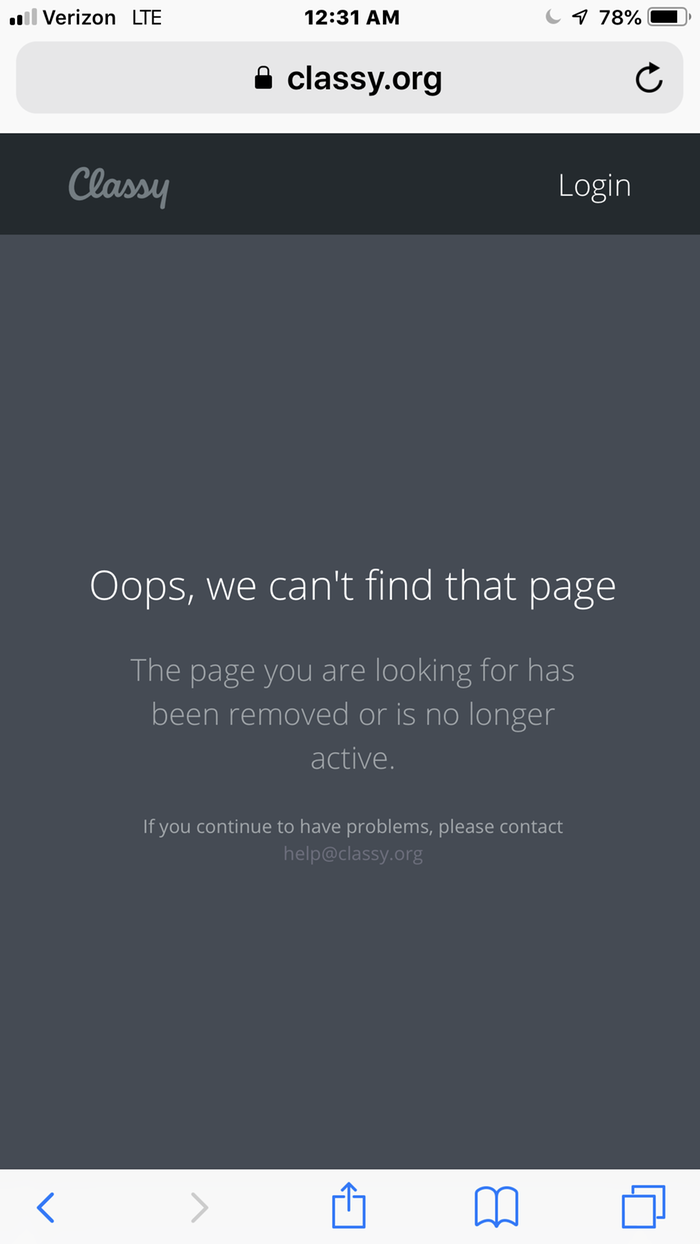