Farm For All - A Journal Of Sorts

posted 1 week ago
Finished planting garlic today and started on the favas. The garlic was a mix of a little over 200 cloves of standard garlic and 40-50 cloves of elephant garlic, many of which I want to establish as perennial leeks. Total favas will be a little over 300, which is only a 50% increase over what I grew this year. Ultimately I'd like to be planting significantly more than that, but that's the number of seeds I had that met my selection criteria. Hopefully yield improves this season just on the basis of improvements to my seed stock alone, since 200 plants (minus the ones that didn't survive), after having a few meals of fresh beans and removing seeds for planting, only yielded enough for a handful of meals, a far cry from a significant contributor to my overall diet. If I can increase the number of plants to at least 1,000 next year, I think that would start to actually look like a dietary staple.

In other news, I decided to test the aforementioned popcorn kernel idea by dropping a few kernels into a mason jar with some black beans and running them through the pressure cooker. They did hold their shape and were distinguishable fun the beans, though but at distinguishable as they would have been from fava beans, and not as easy to find in a jar full of beans versus a jar with only 4-8 favas.

The problem with using even half pint mason jars is that I can't very efficiently use the space in the pressure cooker. I might be able to fit 3-4 half pints; possibly 6-8 if I can fit a second layer. So it struck me that a more ideal vessel would be baby food jars which I already had a stash of after rescuing them from a friend's recycling. I'm now running as second test with 9 baby food jars, though I could easily fit at least 18, which means I could test the entirety of my 300 plants in 17 or fewer cycles (i.e. a decent contribution to at least a meal a day for a couple weeks or so.)

posted 1 week ago
Welp. Of all the things I expected to go wrong with that experiment, this wasn't it.

They must use something to hold the lids on in the factory. Or there just want enough headspace maybe?

I wonder if I can weigh them down and get them to behave. Or I might have to use another container. Or maybe something natural, like corn husk, would be a better vessel? 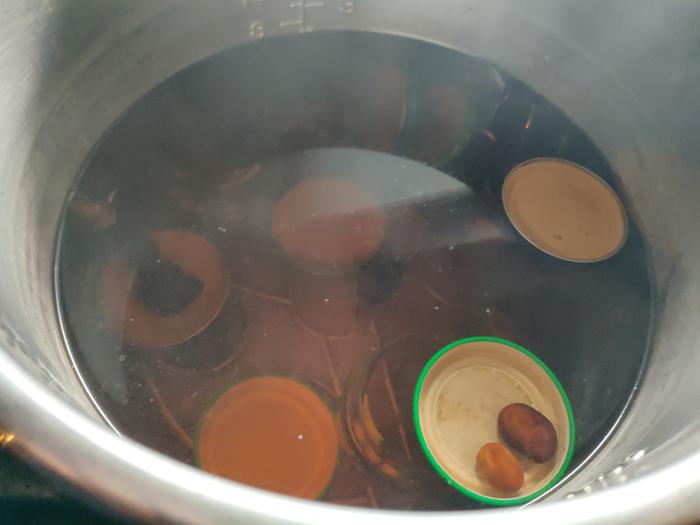 posted 5 days ago
Here's the last of the seeds for the season. This is about a month later than I've ever planted and actually gotten a useable yield. But, in this case, I'm really just planting with seed production as the goal, so at long as they make it through winter, it's all good. I reserved half for planting in spring, so if this ends up being a little too late I can always fridge some of the spring sown root crops for a few weeks to induce flowering. Not ideal, but I'll figure it out as I go. Hopefully they size up enough that I can make at least an educated guess about what I'm selecting for, but I may just be increasing the diversity this year and then doing selection in successive seasons.

I am pretty excited about the wasabi radishes, which were the freebie seed from Baker Creek. Theoretically I can grow real wasabi here, but it's not cheap and the increasing drought makes it more questionable. I liked the flavor of wasabi arugula, but it always got barely big enough to eat before it bolted.

We got our first light frost on Tuesday. The achira was pretty much the only thing tender enough to care and I pulled part of them. The drought was not good to them and I'm definitely yielding less than I planted. I'll replant everything where it can get irrigation next year and hope for better results, but I'm not sure if they'll make sense long-term. I left some in the ground to see if they pull down any more energy. They still have some healthy tissue above ground that wasn't damaged by the frost. Definitely not great overall, though.

Tomorrow there will be high temps near 70. From frost to that in the same week. I don't even know what to do with that mess... 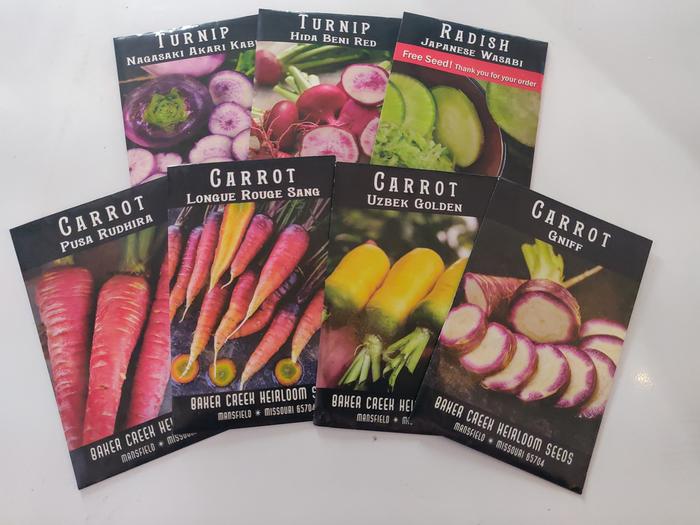 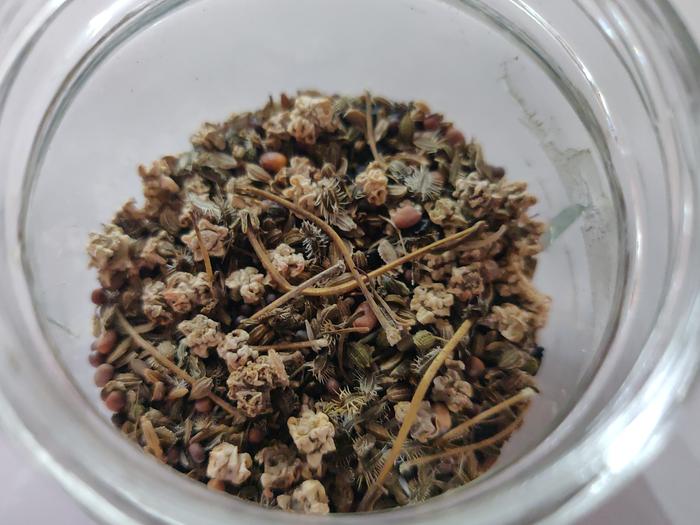 posted 4 days ago
I planted some parsnips and some more carrots yesterday, mostly cause I found the seeds and thought it would be fun to see what happens. Probably nothing but who knows?


Mathew Trotter wrote:Here's the last of the seeds for the season.
Tomorrow there will be high temps near 70. From frost to that in the same week. I don't even know what to do with that mess...


Wouldn't even bat an eye at that here. Wait till you go weeks in the 70s and no frost at all and then bam, minus 10 for a couple of nights. Hardy things that used to shrug off cold, back when it got cold and stayed cold just say, screw it and croak. That's why I'm excited about that brassica project. Those (surviving) plants slowly grew through a winter with barely any frost but with two short spells below zero. In my previous attempts none survived but I think it is because I planted too late and they weren't big enough going into winter.

I used to think it would be relatively easy to adapt to changing weather patterns. Hotter, drier summer but longer milder fall and spring, I though I would just have two growing periods in fall and spring with off seasons being mid winter, too cold and mid summer, too hot. That is working to some degree but it depends on a gradual change from one state too another. The extreme swings happening in one season, one month, one week or even one day took me by surprise.

My new plan as far as breeding includes the above but with an intense focus on the shortest maturity time for any species. I figure that gives the highest chance of a harvest between the extremes.
Mathew Trotter
pioneer
Posts: 509
Location: Oregon 8b
134
I like...

Mark Reed wrote:I planted some parsnips and some more carrots yesterday, mostly cause I found the seeds and thought it would be fun to see what happens. Probably nothing but who knows...

Yeah. My September planted carrots were a mixed bag. A handful flowered right away in spring and became woody, but most of them were good eating throughout the year. I don't know if that's down to them not getting enough cold, being too small going into winter to trigger flowering, actually not germinating until spring, or what. Could be any number of factors.

My big concern with planting them this late is that they won't be big enough to survive the real cold. And I'm bracing for a bad winter. The past two winters have been relatively mild, and with as heinous as the summer was, I'm expecting a swing in the other direction. Not that I'd complain if we're just trending toward increasingly mild winters. Summers have become such a mess that I wouldn't mind have a worry free growing season this time of year.

Scattering seeds and waiting to see what survives definitely takes a lot of the stress out of it. More seeds means more chances for success and less preoccupation with how individual plants are doing. Not that I'm not getting attached to plants that are doing particularly well just in time for something to eat them. But hopefully we'll have cats out here again sooner rather than later and that will help keep the smaller critters out of the garden.

This was an early frost for us, by about a month. Which corroborates my expectation that it'll be a rough winter. But we'll see. If it is, that just means it's helping me select for the toughest stuff. Cold, heat, drought, pests, disease. It can survive it all. But hopefully there will actually be something worth eating to come out of it all.

posted 4 days ago
I remembered that I was waiting for more radish seeds to mature and went to check out the old bed where I have them growing. Damn things are still flowering. Not that I'm complaining. Just means more seeds for me.

Also noticed that all of the mustard that dropped off before I managed to getting around to collecting seeds is taking off. And it is, again, further ahead than anything I planted on purpose. Granted, there's probably still lots of fertility left in this bed, as opposed to what's in the new garden area that I've only just started to amend. These guys likely also germinated earlier since they were already in the ground waiting. Who knows. We'll see how the two different areas develop over time.
IMG_20211015_165045.jpg 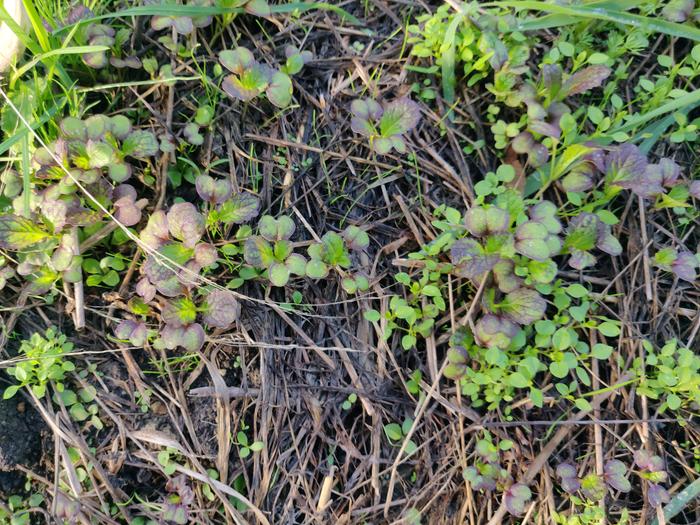 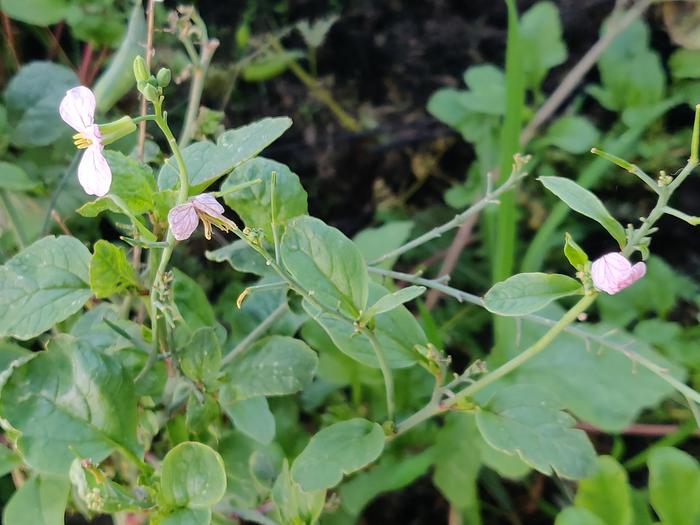 posted 6 hours ago
Finally got write ups done for carrots over on the site.

Gonna try to bang out a lettuce page and a page for turnip accessions today, but we'll see how it goes.