Blake Lenoir
Posts: 225
6
posted 2 months ago
Shalom and welcome dear friends. I wanna address the historical range and use of this wild bean which is related to the Lima. Since there were archaeological sightings of these wild beans being found in Arkansas and Oklahoma today, is it true that all native tribes use the beans back then? Is it also true that the wild beans use to be widespread throughout the eastern half of the U.S in pre-Columbian or prehistoric times. Could you all bring me some documentation or historic records of its former range in the U.S before we go any farther. I'm also looking for its historic use from the tribes. Please let me know if you all found anything before I consider growing it in my gardens for next year. Out!
Mark Reed
pollinator
Posts: 306
Location: SE Indiana
171
I like...

posted 2 months ago
Are you talking about Phaseolus polystachios, sometimes called thicket bean? If so it is still relatively wide spread in my area. There is a patch not far from my house that runs a 1/2 mile or more on both sides of a road. I also know of a least two other patches.

I have a small patch established by my garden gate that has been here five years or so but I have not tried eating the beans.

Gardening in Montreal (indoors, urban, 6b) and the Laurentians (sandy to sandy loam, boreal forest, 4a)

Joylynn Hardesty
master pollinator
Posts: 3612
Location: Officially Zone 7b, according to personal obsevations I live in 7a, SW Tennessee
1394
3
I like...

posted 2 months ago
Hmmm.... What growing zone are they in? Lots of items, including this, are out of stock. They have some other stuff listed that I've been thinking about getting next year, so I look forward to when they have their seeds again.

posted 2 months ago
we’ll see if i get my act together to collect some this fall. i think i’ve got a half of a pint jar full of cleaned seed from a couple years ago too if i can find it.

all that to say i may have some on offer in a couple months.

Blake Lenoir
Posts: 225
6
posted 2 months ago
I'd like to see some pictures of the wild beans if you have some on you. What do the young plants look like?
greg mosser
gardener

posted 2 months ago
i don’t but i’ll try to take some. the plants are very thin twining vines - there won’t be any young ones out there by now but i’ll see what i can find.
greg mosser
gardener

posted 2 months ago
here’s a couple pics. in the first pic there are two vines climbing each other off the top of a weed that i forget the name of at the moment.

in the second one there’s a wild bean climbing up a jewelweed on the right and crossing to the left at about midway. fairly normal-ish if slight bean leaves, on very thin vines. not yet blooming here. 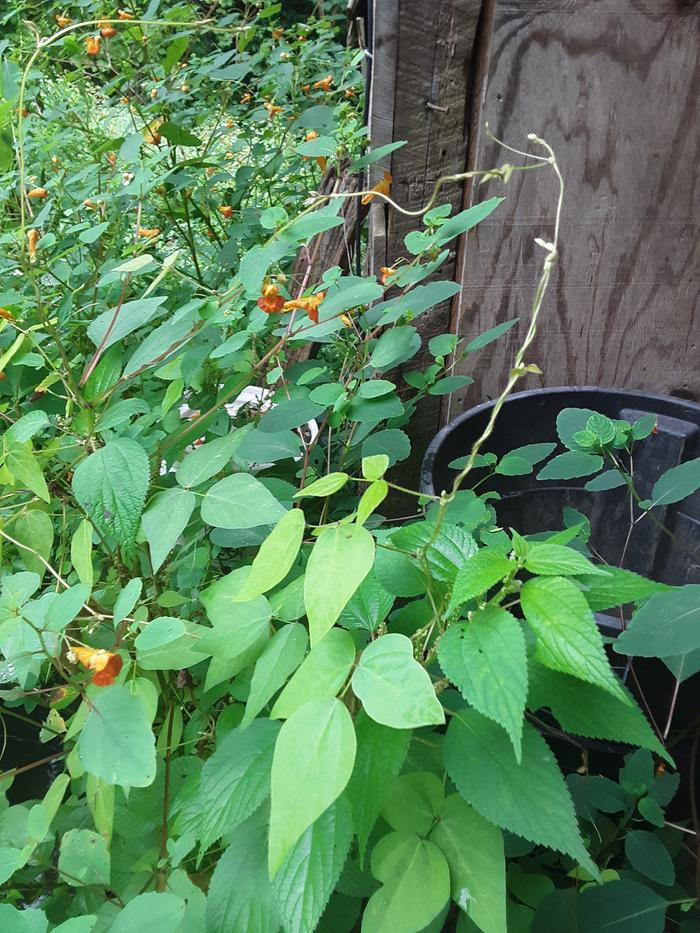 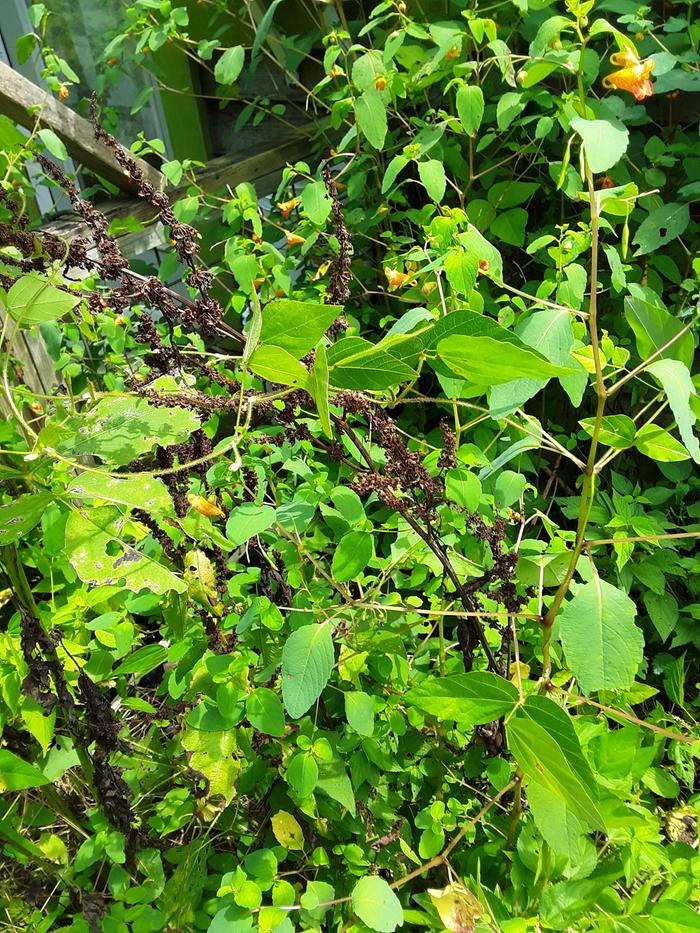 Blake Lenoir
Posts: 225
6
posted 2 months ago
Is your yard in the U.S or up in Canada? If you're from Canada, were them beans once native to that country years ago?
greg mosser
gardener

posted 2 weeks ago
In my garden these beans mature quite late, pods are just now filling out. Most of mine are descended from some I was gifted from a friend in N Carolina. Those in the wild patches tend to be a little earlier so they may be ready about now. I'll drive or hike over there this weekend and see.
greg mosser
gardener

posted 2 weeks ago
i think i was that friend in nc. through the homegrown goodness forum? the ones i’ve got here have flowered and made pods. about 1/4 are turning yellow now, and should be plenty old enough to be viable.
Mark Reed
pollinator
Posts: 306
Location: SE Indiana
171
I like...

greg mosser wrote:i think i was that friend in nc. through the homegrown goodness forum? the ones i’ve got here have flowered and made pods. about 1/4 are turning yellow now, and should be plenty old enough to be viable.

Yep, I think it was. It's weird that the NC ones mature a little later than the IN ones do. Or maybe it's environmental as the ones in the garden are in full sun and the wild ones are in mostly in pretty dense shade.  The wild IN ones are also a little larger and lighter color. If I'm able to catch them at the right time I could send you some if you want.

Actually I have an 8oz bottle full of them somewhere but haven't been able to locate it. I think that might mean that even though I've used some as cover crops, fed some to critters, sold some and given given away, I still have toooo many seeds.

Blake Lenoir
Posts: 225
6
posted 2 weeks ago
Mark! I'd like to have some of them beans if you got them available. E-mail me to let me know cause I wanna grow those for my Native American pre-Columbian edible garden.