Fenugreek
I grow it for an indian food delivery, they love it. I interplant with my summer cabbages. The seeds were from a spice packet:)
show more
3 days ago
plants

Designing around a new pest
Hervé covez, agronomist in France found that the aphid predators also eat drosophila suzukii. His answer is to make sure you always have a aphid host plant for every period of the year for continuous food supply and to provide overwintering space for predators such as lacewing, hover fly, spiders etc.
De will kill all of them! It might be natural, but it is still a pesticide.
Among the plants he named were yarrow and elder.
show more
2 months ago
permaculture design
High school gardens - do you teach permaculture at high school?
I've found a charity starting school allotments at secondary schools in England:
http://www.thepapillonproject.com/about-the-project/
show more
2 months ago
teachers' lounge 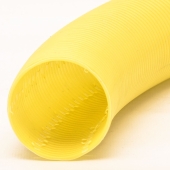 Underfloor watering and climate battery combined- will it work?
I've got a 21m2 high tunnel (3x7m) I want to grow tomatoes in. This tunnel has a ventilation problem, it gets way too hot in the middle of summer.

I've also got ducks that will need their 0.8 m3 pond cleaning out weekly in the summer.

I've been thinking of putting in two drain pipes like these buried underneath the two paths running lengthwise :

The ends of these I'd have poking out. This is where I could drain the duck water into. Also, I could make a  tube with a solar powered computer fan at one end, pushing hot air down the drainpipes for cooling in the soil.

show more
2 months ago
greenhouses
Quick question about directing heat from compost pile.
Look into the Biomeiler technology.
show more
2 months ago
composting
Organic vs. "Conventional" Seeds
The main advantage of organic seeds is the epigenetics. Basically, when the parent was stressed (disease, drought) the child is more resistant. Also, less pampering = more selection for robust offspring. the scientific argument.

Additionally, the land that is under organic cultivation benefits, the soil, the ecosystem, and the farmer. That's an ethical argument.

A seed is a seed. That is, a conventional seed grown organically will not be "damaged" because the parent plant was not grown organically. So if you can't get organic, use conventional seed. Better still, keep some seed produced by your own crop and in 3 years you'll get a landrace adapted to your environment. See Joseph Lofthouse's excellent threads on this subject.

Only exception, "enrobed" seeds may have been treated with pesticides or fungicides. Avoid those.
show more
2 months ago
seeds and breeding

My honeyberry and seaberry propagation experiment
I had success with honeyberry cuttings stuck straight into the soil in autumn. To suppress weeds I put down cardboard, poke a hole into it with a bit of rebar, stick the cutting in, and cover with woodchips.
show more
2 months ago
propagation

Ammonia smell in my quail pen
I tried different deep litters in my quail setup and the best was the following:

I had big planters I grew tomatoes in during the summer. In the winter, I'd let them dry out, then sieve out the bits larger than 1 cm or so. This used soil I put in the quail pen. They love the dry soil. They don't scratch as much as chickens do. I'd take out the "pooped" soil when it got too full, back into the tomato planters for next year!

During the summer, I used sawdust and ashes with a bit of compost.

If I get quail again though, I'd make a quail tractor that I can move around the lawn. They eat a lot of grass when they get the chance. I'd make a dry space part of the pen, with deep litter of compost.
show more
2 months ago
chickens 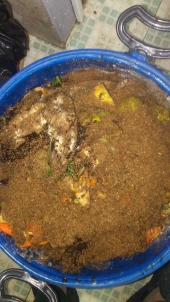 In my mind, the main advantage of bokashi is that you can  "pre-digest" meat and fat, which can't be processed in a worm bin. I once bakashi-pickled a whole Christmas Turkey carcass, the bones went soft! Put in the bottom of a tomato planter, covered with potting soil, no bones were to be found after the season was over. However, you can't add bokashi straight to a worm bin as it is too sour.
So if you have lots of meat/bones and fat to process, this might be a solution. I have chickens so I don't need to do this, sometimes I make up a bucket if I have a lot of bones at once.
show more
2 months ago
asian natural farming