posted 5 years ago
NEW plan set from Ernie and Erica!

Rocket Canner Fryer and Forge - Draft Plans
Buy access to this content
PURCHASE
or, purchase with 3 slices of PIE 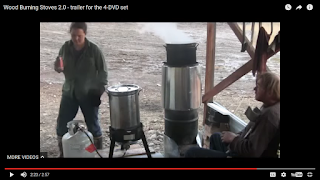 This canner/fryer experiment started out with this dare, to see if we could beat a propane turkey fryer by boiling water in less time, using wood.
(Afterwards, Ernie and I realized that although we had cooked on propane camp stoves a lot, we had not realized that a propane turkey fryer is its own thing, more like a jet engine.  Our ears rang after turning it off.
It took us several tries to beat it, and we 'cheated' by modifying the pot as well as the stove for the wood-fired version.)

In the process, we built the hottest rocket cooker either of us had ever yet experienced.
It had to be scandalized down with bricks or vents to cook 'normal' food like 4-gallon pots of soup. 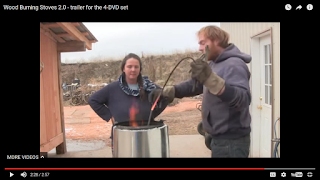 After finishing the fryer cook-off, we discovered the upper part of the stove reached blacksmithing and possibly forge-welding temperatures pretty easily.
I'm told it was carried away after that workshop by a master woodsman, who keeps it in his truck as a portable forge. 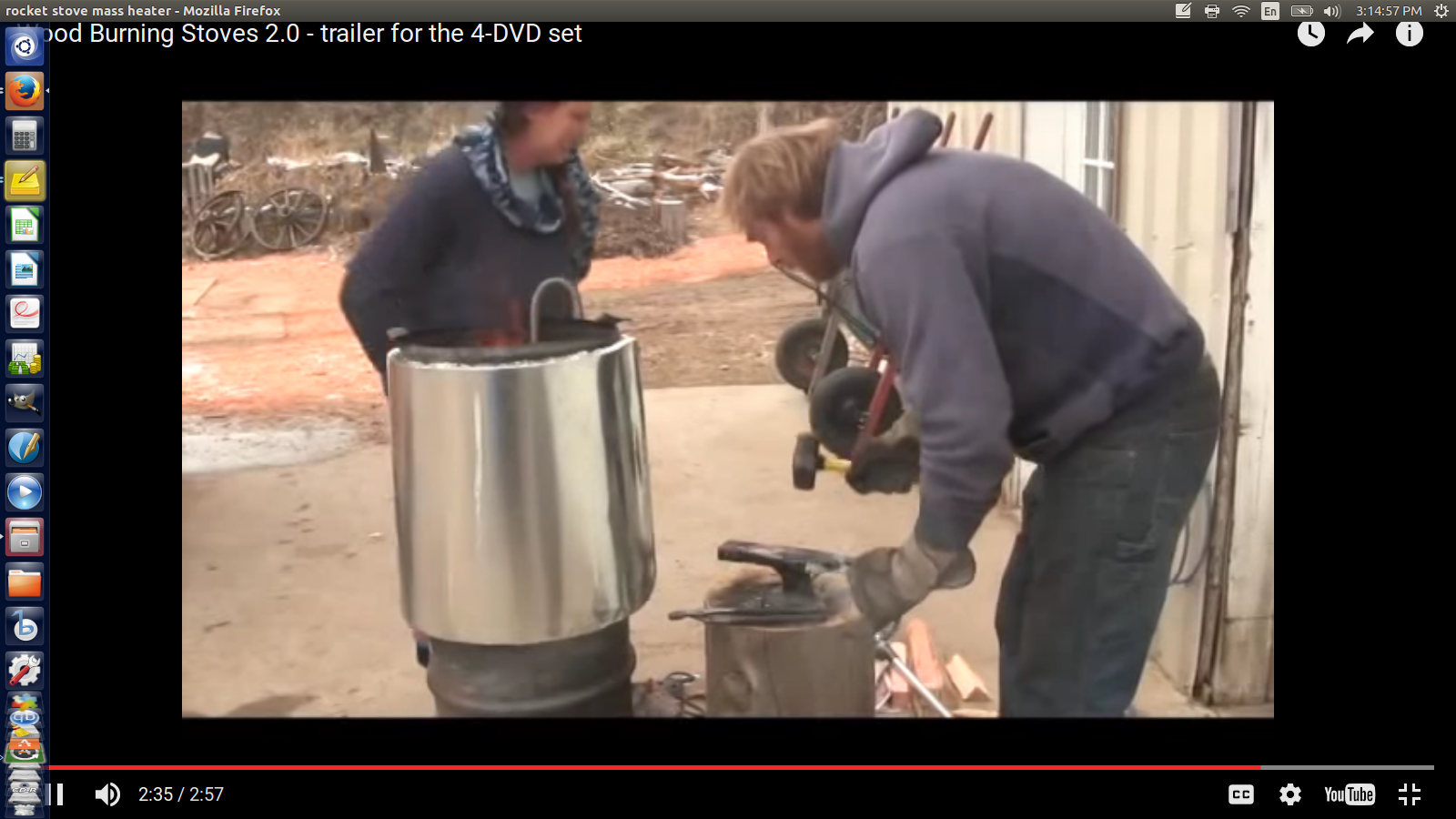 So if you'd like to duplicate our prototype, or keep working from there, here are the draft plans.  (Please note this is only a 3-page summary, not as detailed as some of our rocket mass heater plans.)

This item is NOT currently listed in most of our combo packages (it's a draft/prototype, and other reasons).

Please reply with questions about these plans, or how we built our prototype, or pictures of your own prototypes.
We'll answer as we can, and update the plans if needed.
(and as always, let us know if you'd be willing to share your project reports and pictures for future plan sets.)

Frank Lee
Posts: 20
1
7
posted 5 years ago
What are "flatters" (wide-mouth bending tool) and where can I get one?
Joylynn Hardesty
master pollinator
Posts: 3964
Location: Officially Zone 7b, according to personal obsevations I live in 7a, SW Tennessee
1594
4
I like...

Frank Lee wrote:What are "flatters" (wide-mouth bending tool) and where can I get one?

I was wondering that too. Google search:

Flatters have flat faces with sharp or rounded edges and are positioned on the work piece and struck with a sledge hammer or other hammer. The set hammer is most often used for setting in shoulders, while the flatter is a good finishing tool and should be used specifically to leave a good finish on flat surfaces.
http://www.piehtoolco.com/contents/en-us/d1383.html

Huh. I'd need a video to understand how it works. Apparently they are a very specialized tool. It won't find it's way in my tool box at that price!

Disclaimer: I have no experience with this tool company.

posted 5 years ago
I really had to chuckle because of the "insulted pot sleeve". What did you do? Poor thing!
Erica Wisner
gardener

Frank Lee wrote:What are "flatters" (wide-mouth bending tool) and where can I get one?

I think we picked ours up at the building supply.  They would be in the same general area as tin snips, crimpers, and other tools used for working with flat and round ducting / sheet metal.
The "big mamma" version is a Bending Brake, which I usually improvise from 2-4 pieces of angle iron, some clamps, and a REALLY sturdy table.

posted 4 years ago
I've also seen a few enterprising tool-users modify a pair of vice grips by welding some plate onto the jaws, to make a sort of duck-billed clamp that you can really crank down on.
(It is not an easy life for the former vice-grips.)

You could do almost the same thing with clamps and flat blocks, for a bit more control and force, but less speed.

Have you considered designing a stove specifically for a pressure cooker? Difference being you would have to be able to regulate temperature to maintain proper pressures. I would think this cou!ld be done with some type of diverter or heat shield possibly.

I pressure can meat every fall. A propane turkey fryer burner works well for this for a large American pressure cooker. Would love to get away from propane and use stick fuel.
Gene Locke
Posts: 10
Location: Southeast Texas 30 N by 093W Zone 9A
I like...

posted 3 years ago
I have watched the video of the contest between your rocked stove and the propane cooker.  I was impressed with the results.  I have wondered
every since how to build one.  I was glad to see you offer some plans for sale.  I hoped I was getting a set of plans with step by step illustrations
and material list. I need more information before I can build one.

📦Buy this as a gift!
Boost this thread!
permies Affiliates Program
Click here to learn how to be an affiliate for "Rocket Canner Fryer and Forge - Draft Plans", and start earning 50% of the sales it makes!
Similar Threads
More...