Sean Banks
Posts: 157
6
posted 8 years ago
Looking for plans for an electric bike.....something that can be made as cheaply as possible ( perhaps out of used parts ) while still being functional.....my goals are to use this as a commuter with long range and I would also like it to go pretty fast around 30mph.I am a complete novice so I need plans that aren't too technical. Any help would be appreciated.
Dave Burton
steward

posted 8 years ago
To start off, I think WikiHow, Electric Bike Guide, and Instructables are good resources for diy e-bikes. If you do not want to do everything yourself, there are many e-bike kits out there, and there are reviews of them.

There is also a nice playlist on YouTube explaining how to build your own ebike:

Dale Hodgins
Posts: 9002
Location: Victoria British Columbia-Canada
699
posted 7 years ago
I'm exploring the idea of powering a mountain bike with my cordless electric chainsaw. Many bikes have used chainsaws in the past. Noisy, stinky, gas guzzlers. My saw delivers amazing power for a cordless. 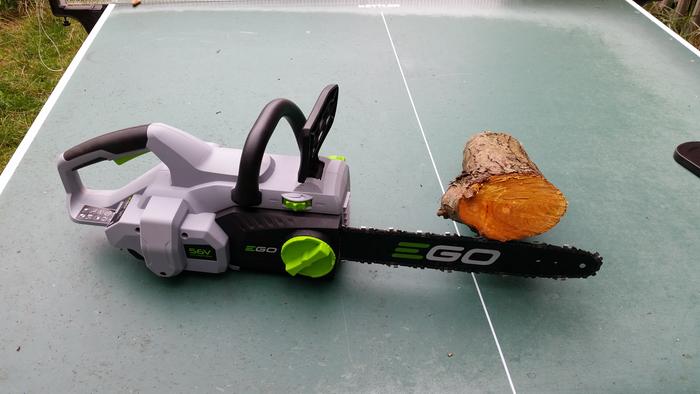 posted 7 years ago
As a working bike mechanic I have seen a lot of motorized bicycles come to the shop, both diy and manufactured. Many of the electric systems will not go over 15 mph, and many of them have battery problems from the start.

Of all the people using motors the only really happy electric cyclists I have seen have been ones that have The bosch mid-drive system or ones using small gas motors.
A few people have been disappointed enough with their e zip or whatever cheap chinese electric That they bring it in for a repair and then abandon it when the cost of the repair is too high to be worth it to them. Keep in mind the company you are buying from, warranty, and parts availability before you spend any dollars. Small companies come and go and if no one is around to sell you the part or battery when you need it then your expensive investment has turned into a cheaply made bike with a useless boat anchor of a motor strapped to it.

I know that things will be changing a lot in this segment of the manufacturing industry because big brands like felt, trek, and specialized are taking fresh cracks at the electric bike market in 2015. While they offer products that are more costly, And not ideal for most people considering a diy. the upside will be that batteries and parts for the systems they use will be readily available.
Until that time I would stick to a gas motor for diy personally, especially if my goal was 30 mph.
Dale Hodgins
Posts: 9002
Location: Victoria British Columbia-Canada
699
posted 7 years ago
I have used several electric bikes and I know a few people who use them as their primary transportation.

I would never consider adding another gas powered bike to the world. I've never seen a good one.

The equipment is already mine and more is on order. Ultimately, my landscaping customers pay for it.

I started a new topic.

posted 7 years ago
Dale et al : Amongst other crimes against god and man, I collect cast off bikes and with a couple of neighbors dole them back out to the neighbor hood kids !

I am no expert but I have some friends who come close ! For my money The Folks at Atomiczombie.com ( I know, great way to hide you light under a
basket, Right !) are really great and they have excellent tutorials I find easy to follow, and a pretty active Forum, plus some bike swapping that is better
than 90% of the crap on the street!

Instructables comes in 2nd only because their forums and their sign in process and authentication links does not pat well with my 'MAC'! their are various ways
to become pro instructors that bother me with there obvious commercial bent, but to an infrequent visitor should be a non event !


OK, I tried it three times. Can't link from the cell phone.

Got it. You can't cut and paste address. It gives the option to copy the url. Somebody should tell Al about this.

I would never consider adding another gas powered bike to the world. I've never seen a good one.

The equipment is already mine and more is on order. Ultimately, my landscaping customers pay for it.

I started a new topic.

I wouldn't either, I prefer to keep my bike human powered only for now, and keep fit enough to ride all over town every day.
But at the same time I realize that charging a battery with grid power is going to add the same or more greenhouse gasses through the combustion of coal that would be added with extracting, refining and combusting gas. I don't have any renewable infrastructure of my own so any electricity I use is really just coal combusting in disguise, it's important to me to keep this in perspective for myself and not give false glory to my use of new electric toys. If I had a renewable electric source I would most likely be all over it though.

I saw your new topic dale, and I look forward to seeing some action videos of you riding your new cycle around!

Allen refurbishing old "trash " bikes is some of the most noble work there is. I have personally pulled upwards of twenty bikes out of ditches, garbage dumps, alley ways and put them to good use as gifts. It's simply amazing what people throw out.
Dale Hodgins
Posts: 9002
Location: Victoria British Columbia-Canada
699
posted 7 years ago
I made use of both cordless hedge cutters and the chainsaw on a pruning job today. It took 5 hours with about 1 1/2 hours of machine time. All was accomplished with about 3 cents worth of electricity. This is not at all comparable to the cost of running gas equipment. My friend has a Nissan Leaf, electric car. It costs about 1 cent per kilometer ( 2 cents per mile) for the power. Not even close to gas. It has regenerative brakes.

posted 7 years ago
one might ask the question where is /are pollution controls most likely to be effective, on a stationary power plant that basically runs at a steady speed all day long,
or added on as an after thought to mobile units designed to be run erratically !

When carbon capture can be made to work, do we want it in one location and stored as a resource or the reason small I.C.E.s are banned entirely !

Just my two cents worth !For the Good of the Crafts ! Big AL

posted 7 years ago
That is a good question Allen, I know the department of environmental quality in my state keeps tight controls on what the refineries and power plants are doing. They are constantly demanding and enforcing the laws about emissions etc. meanwhile private residence are pouring all manor of pollutants into the environment and there isn't much that can be done legally.

It's hard to say because of all the details involved but dale spends 3 cents on electricity and gets the best deal but coal is burned, while another guy spends 2 dollars on gas that lasts a few hours of machine time, and then another person gets 2 dollars worth of gas and spills a quarter of it into the soil. Which scenario had a more extreme net effect in energy and pollution?

I really don't know where I am going with any of that other than just to point out if everyone had electric stuff and charged it on grid than it would probably be about the same problem as everyone having gas powered stuff and fueling up at the gas station. Don't you think?
I am not implying that electric isn't more efficient and a better way to go, just thinking about the source. And of course I am responding to my own surroundings here in the city, where I see a lot of upper class individuals embracing new Eco electric stuff and not even considering where the electricity is coming from.

I am looking at solar, wind, and water power for the future of my electricity, but right now it's just a lump of coal.

posted 7 years ago
Zach,
I love your post about electric bikes and the advice about which ones work well, from an actual bike mechanic.

I think your point about using electricity is a valid one. However, merely by using less energy, the electric is saving over gas. It's a more efficient system. In addition, the idea of an electric bike isn't just that your using electricity all the time. It's just when you need it. It will end up using way way less energy than a car.

Where I am thinking about getting an electric bike is for my wife. She is a theoretical bike rider and a theoretical musician. (She doesn't actually do either one). She only drives places. If she had an electric assist on her bike, I think she would actually ride with me, pedaling a lot of the way, but using the assist other parts of the way. Having the bike doesn't save energy. Using it instead of the car saves energy.

Here is part of my oddball strategy. One of the ways that people are using too many resources is by demanding your way all the time in relationships, that leads to divorce, and highly inefficient one person households. I am improving efficiency by staying married!

Zach Muller wrote:I really don't know where I am going with any of that other than just to point out if everyone had electric stuff and charged it on grid than it would probably be about the same problem as everyone having gas powered stuff and fueling up at the gas station. Don't you think?

...my own surroundings here in the city, where I see a lot of upper class individuals embracing new Eco electric stuff and not even considering where the electricity is coming from.

Let me just add one thought here: Inertia is a powerful force in commerce. The more gas-powered vehicles and appliances there are, then the more gas stations, gas refineries, and all the other related infrastructure and accessories there will be. So the switch to a renewable liquid fuel will be... there's the problem. There ISN'T a good renewable liquid fuel.

On the other hand, the more electric vehicles and appliances there are, then the more electric charge stations, service shops, and all the other related infrastructure and accessories there will be. So the switch to renewable electricity (solar et al), becomes more and more realistic for utility companies, homeowners, and everybody else who is willing to make a living serving either format and doesn't care which one. If there are gas vehicles, they'll sell gas. If there are electric vehicles, they'll sell electricity.

So short-term, your local yuppies aren't doing nearly as much environmental good as they think they are by switching to electric, but long-term, it's really important that they do.

I always recommend Tom Murphy's blog, Do The Math. He has spent a few years outlining what is and isn't realistic in terms of energy (spoiler: only solar can replace worldwide energy demand). Pure gold.