I'm a first year chicken keeper. One of our 1 year old hens has a bare and maybe swollen fluff area. It feels like a water balloon. Is this ascitis? I'm not familiar enough with chickens to know if this is what the skin under the fluff feathers normally looks and feels like. If it's not ascitis why else would the feather be missing from this area?

Thanks for any help Permies. 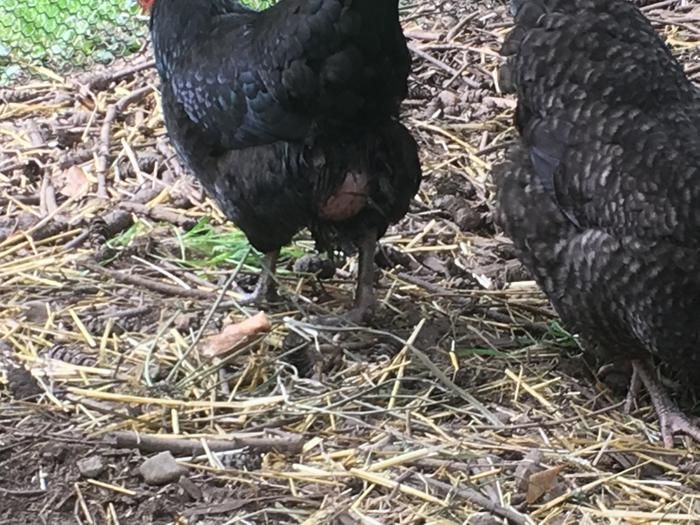 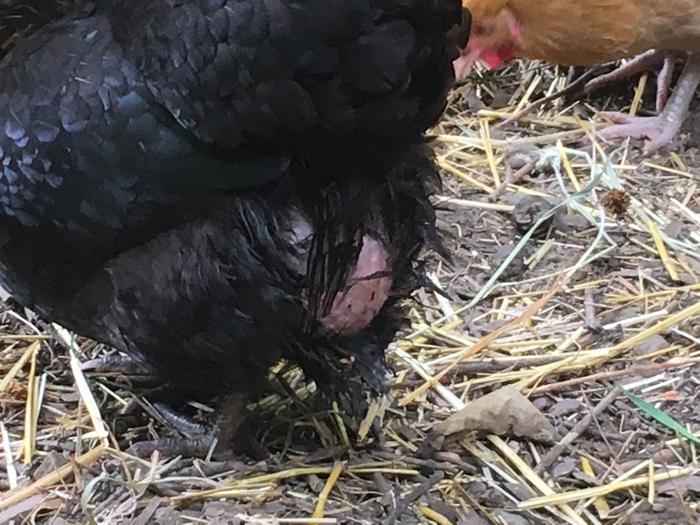 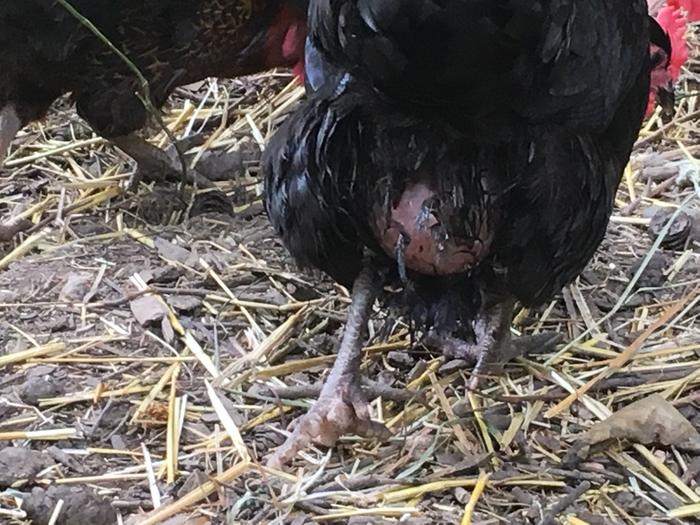 posted 1 year ago
Egg binding? Get her checked out quick.
Jen Fan
pollinator
Posts: 391
Location: NW Montana, USA
126
I like...

posted 1 year ago
Looks like classic internal laying to me.  IL is when there are perforations in the hen's reproductive tract and some eggs (yolk and fluids) start to fall through the perforations into the abdomen.  A distended, squishy abdomen is your biggest tell-tale sign, aside from poops that smell like or contain yolk.

IL doesn't kill a hen, but the organic matter in her abdomen will eventually go septic and she will die from it.  I've lost quite a few hens to IL over the years, probably 12-15, and it seems like the factory production breeds I've had had a 50-70% chance of dying from it.  I've only lost 1 or 2 non-production birds to it.  If/when the hen dies, a necropsy that shows a yolk-filled abdomen will confirm that's what's going on.  There are folks who have tried to nurse their birds through it by literally sucking out the egg material with a syringe and medication the bird heavily, but the bird will die sooner or later.
I've had hens die from IL before they even laid their first egg (6~ m/o, every new egg was leaking into her abdomen), I've had hens live up to 4 years with it.  I've had hens decline slowly over months from it and I've had hens literally drop dead from it.  There's a lot going on in the body when a hen is internally laying and every case and body is different.  Hens laying internally may even be laying you eggs, though not every single day, as now and again the egg mass drops down instead of coming out.

Anyway.  That's just been my experience.  For no other reason have I ever seen a squishy, distended abdomen, out of raising hundreds (maybe thousands) of chickens.

edit; the fact that her bum is pecked clean also eludes to IL.  She probably has eggy-turds that are sticking to her bum and she or another bird are eating the crusty egg goo off.  That often happens.

David G James
Posts: 2
Location: Chehalis, WA
posted 1 year ago
We think she is still laying. If it's binding or internal laying would she still be laying?
Phil Stevens
pollinator
Posts: 772
Location: Ashhurst New Zealand
213
I like...

posted 1 year ago
Yes, in both cases the affected area may be allowing some eggs to slip past and leave normally.