Greenhouse overhead irrigation
I have seen misting systems, rather than droplet systems.
They are automatic and involved a device that looks like a fly swat covered in a fine mesh.
Water flows when the mesh dries out and as the mists settles on the mesh again, it sinks and tips the switch for water flow off.
The mesh then starts to dry out again and so on.
show more
2 hours ago
greenhouses
Pricing for sustainability and resilience
I have been making and selling stuff for 40 years.
I learned a few things;
- have a point of difference
- dont join the race to the bottom on pricing
- if its not profitable change something
- dont complain about poor sales, do something
- many people expect somebody else to do promotion etc and you get a benefit, it does not work.
- add value to you product,

SOME BRIGHT IDEAS I WOULD TRY
- selling eggs find some odd recipes to share one at a time with a dozen eggs
- selling mats for photos and pictures sell coloured ones
- try running a course to teach others
- dont sit at any stall looking at your phone, engage with potential buyers
- Have photos of your chooks at the egg stall
- brain storm ideas

Dexter Bull Dilemma
I think I will come back as a good bull next time!
show more
4 days ago
cattle
An interview with Jasmine Dale, co-builder of the Hobbit House
Sorry to hear of the fire, heartbreaking!
But still, it was inspiring to many people.
show more
4 days ago
natural building 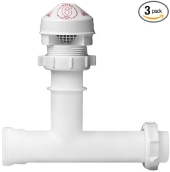 plumbing venting in a wofati
`I have never seen a valve like that. What is the primary use of them, and where would thry be used?
show more
5 days ago
plumbing

plumbing venting in a wofati
Sealing glands can be used or created.

show more
5 days ago
plumbing
zero synthetic chemical bee keeping?
TRhey look to be an interesting bee.
From Wikipedia;
It is favored among beekeepers for several reasons, not the least being its ability to defend itself successfully against insect pests while at the same time being extremely gentle in its behavior toward beekeepers.
These bees are particularly adept at adjusting worker population to nectar availability. It relies on these rapid adjustments of population levels to rapidly expand worker bee populations after nectar becomes available
in the spring, and, again, to rapidly cut off brood production when nectar ceases to be available in quantity. It meets periods of high nectar with high worker populations and consequently stores
large quantities of honey and pollen during those periods. They are resistant to some diseases and parasites that can debilitate hives of other subspecies.

I also see they are gentle and non aggressive.
As a bee keeper I never use chemicals and I doubt any do.
But not using smoke is new to me, it may work.
Good luck with them.

show more
1 week ago
honey bees
Limecrete floor
Usually a slab style, 100mm thick minimum.
You may be looking for a lime mortar
show more
1 week ago
natural building
What to use on top of two coats of old chipped house paint? any non toxic choices?
Paint from the 1950's probally has lead in it.
Sanding and scraping will certainly increase the chances of inhaling lead.
THAT IS UNWISE
In Australia we have a system whereby paint stripper is painted to the surface and hen a layer of absorbent paper is applied to the surface.
After time, the paper is pulled away and the congealed paint comes with it.
NO DUST, and put it directly into a plastic bag for disposal.

Heat guns are dangerouse because spiderwebs inside the walls may catch fire and create another problem. Its happened to me
show more
1 week ago
finishes