Do you cook Claytonia?
Interesting question!   I was turned on to stirfrying lettuce by a family friend & I am sure it would taste great with Miner's lettuce.  Miner's lettuce can be a bit astringent at times and stir-frying should mellow it out.  People in the US  like crunchy foods so that is why I am guessing this practice is not super common.
show more
1 month ago
cooking 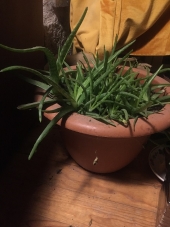 Uses for Aloe Vera? Looking for suggestions.
Add it to a smoothie!  it is very healthy and a great binder.
show more
2 months ago
plants
Economically feasible permaculture system for northern prairies.
Nuts like Hazelnuts and Chestnuts are a part of the permaculture business model for some farms.  Rotation of different animals can reduce pests and certain work.  If you followed bison with chickens or turkeys they could break up manure for example.  Perrenial grains are not very available however the land institute has had some success with their kernza and there is perrenial rye grain (Secale montanum).  good luck!
show more
4 months ago
permaculture
Natural solutions for clogged drains
I have just been thinking about this after unclogging a drain.  I would try using peroxide full strength off the shelf.  This should break up the biofilms & weaken the hair. It will produce bubbles that help break up the junk.  After that baking soda and vinegar- hot water might be able to finish the job
show more
10 months ago
home care

Deep well - No Electricity - Remote Country – What are my options?
Water pumping windmills can be expensive however have been widely used in No electricity remote country.  Since they only pump when there is wind storage is important
show more
11 months ago
wells and springs 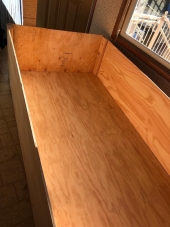 Urban market for duck eggs?
I once had muscovies and found a couple of hidden nests with a full clutch of eggs in them.  I set up in a part of town with a lot of foot traffic and sold them for $0.50 each, or $5 a dozen, now this was years ago in Olympia.  I did not have too many after that.  I am guessing you will find people interested in duck eggs by the time you have too many and between eating like a king and sharing you will not have too many.  Enjoy your ducks, they are great
show more
1 year ago
cascadia
School me on peppers please
Hi Andrew,  I am sure you can have success with peppers like like cayenne and a small sweet pepper variety.  There are a lot of sweet snacking pepper varieties now that are very productive. In the past, I grew Hungarian wax peppers, Not the hot ones.  If you want to try something interesting Rocoto or Manzano (Capsicum pubescens)might overwinter well in your area, they like cool weather, so they would do well in a protected spot.
show more
1 year ago
gardening for beginners

Forest Fire Mitigation Strategies (Mediterranean Climate)?
I have been thinking about a lot of these concepts as well.  I have been reading Tending the Wild by Kat Anderson, and what I will reference is that the book provides a lot of evidence of the management of land by indigenous/native Californians creating an environment with open views, such that early western accounts of California describe it as being very "Park-like".  I have had goats and they help with clearing but they do not remove brush and you need to clear areas for fencing, even electric fencing.  I am hoping to get approval through the city of Oakland, adopt a spot, to do some removal of scotch broom and clearing of brush into hugel like mounds in a nearby park that had burnt 3 times in the mid 1900s.  Thornless noples (prickly pear) and some agaves are all I think will stick before the buried wood mounds are ready to plant.  Live oaks and chaparral plants are tolerant of some fire or fire adapted.  The book talks about the native Californian managed fires as being slow moving and close to the ground with isolated more intense fire, which served a very positive purpose.  Imagining keeping a landscape in a way where a fire would behave this way is a more positive vision to work toward which I think is helpful
show more
1 year ago
homestead
Finger Lime
I recommend The Citrus Clonal Protection Program, http://ccpp.ucr.edu/  I just got bud wood for red flesh finger lime.  They are really professional and you know the budwood is clean.
show more
1 year ago
seed saving / exchange / plant breeding
Will air-layering a grafted tree above the graft produce genes of the rootstock, scion, or both?
It will be a clone of the scion/graft.  This makes sense right, the grafted part of the tree is creating roots from its own cells.
show more
2 years ago
fruit trees