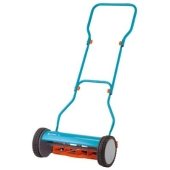 good non-gas mowers
I want one of these!
show more
10 years ago
lawn
Land ownership and permaculture
mos6507, I think you maybe struggling over the fact that the land you are living on is not owned by you. Your parents probably don't care about the sustainability of the land as much as the dollar it (the land) will bring to the closing table. I think you should look into affordable land in the vicinity. Build your food forest there. And when it comes time to sell, include in the sale the stipulation of trust that the land will be tended to as a food forest and not some urban construct. Part of ownership of land is the freedom to utilize it as you see fit, and to see that it is maintained into the future. The type of land trust that you speak of is already inherent in the real estate laws, at least here in the US. The founders of this nation had great foresight when they implemented the tenets of landownership. You can stipulate in the sale of land, the future use and means of use of said land. Any deviance from that agreement is a breach of contract in which the seller can file suit. You could also create a NPO or LLC and entrust the land to it and remain in control of it, even though you have physically moved onto greener pastures..
show more
11 years ago
intentional community
oh I just love this job..NOT
Brenda, have you tried getting greenwood cuttings to root in soil?
show more
11 years ago
meaningless drivel

Alcohol Can Be a Gas!
One word: Biodiesel. Diesel that is processed from vegetable oil instead of petroleum. The energy content of diesel is much higher (read as more fuel efficient.) That is why diesel vehicles get better mpgs. You can usually scrounge the needed oil from restaurants and such. The other two main ingredients are methanol and lye. As long as you are comfortable handling these potentially dangerous chemicals, the process is mostly self fueled, albeit with a little added heat and agitation. Nowhere near the energy input that is needed for distillation.
show more
12 years ago
biodiesel
starting gardening- need tips
Probably the easiest and most sure fire way to turn your lawn into a garden would be the lasagna method. While it takes time to build an optimum soil with this method, you can start planting in it before that point. Now by lawn, there can be different definitions around the world. I'm assuming you mean a grass sod that is mowed on a regular basis. In this case, I'd recommend letting the area you plan on converting to a garden bed get very overgrown, (at least 1 foot, or 1/3 meter; preferably more.) The cut the grass down and use it as the first layer in your lasagna bed. Cut the grass as close to the soil level as possible. I'd cover that with some compost and then some fallen leaves if available. If not, the grass alone will do just fine to start with. The cut grass should initially form a layer several inches (10cm or so) thick. This will initially mat down and form a layer that should be able to keep most weeds from sprouting and the heat from the grasses initial decomposition may be enough to kill or at least send most weed seeds into a deep dormancy.  You can also use discarded newspaper, cardboard and such but there are issues with that such as chemicals in the inks and glues that I won't get into here. You do some research on that use them to your own comfort level. If you don't have a grass sod lawn, you could also plant a cover crop such as any grain or legume or mixed cover crop. Just let it grow up and then cut it down as described above. I hope this will get you started. I'm sure others on here can provide some other excellent advice, and I'll check back on this thread later. Converting lawn to garden is a topic I'm interested in and have been learning as much as I can about it in the past few years.

Also: see this thread https://permies.com/permaculture-forums/3618_0/permaculture/nodig-straw-mulch-gardening-ruth-stout-video-series The video there can give you some great ideas for starting.

Plankl wrote:
How deep was your layer and what was it exactly? Straw or hay?

More mature the meadow is, longer the hay is. That's what you want with this method.

I was also thinking of using leaves the same way as i did it with hay. At least 20+ cm deep layer of leaves. A nice layer of soil and leaf mold in a year time + leaf mulch.

Also, if you bring leaves or hay on a place full of living plants you win. More soil in less time. Of course you could also add fresh om.

I heard buckwheat grows better in poor soil. Cowpeas being to good to his neighbor?

Sorry it took awhile to get back. The layer left over from the cowpeas and buckwheat was only about an inch/2-3 cm. Roughly chopped by the mower. I estimate it would have been about 4 inches or so if I had a scythe. I spread the leaves on top of that. Then the straw that I bought. I don't know of a good source of hay around here and the straw is good, not chemically killed. I live on a small plot, so I have to do some outsourcing of amendments. At least for the meantime until I get a better system set up. I plan on planting some grains and such. The spent plants in my veggie garden get cut down and left to lie where they fall. Much of what I do is limited due to neighborhood codes, and only 1/4 acre with a house on it..

The soil was poor to begin with, so the buckwheat did fine. I just didn't get to harvest as much as I wanted to because it was rather tedious due to the interplanting. I plan on doing separate plantings in the future.
show more
12 years ago
organic

masanobu fukuoka
I can't say that I've actually done it yet, but I am setting aside a few hundred square feet for planting a cereal this year. No till, grass sod that will be mowed down and left as mulch and possibly some straw on top of that.

I haven't decided whether to seed ball yet. I did an experiment with cowpeas and buckwheat last year on 500 sqft. 1/2 was seed ball, 1/2 was plain seed. Both halves seemed to do equally well.
show more
12 years ago
masanobu fukuoka
Alternatives to a wood chipper? Or plans for making one?
What about just burying the tree trimmings for hugelkultur? You can make easy raised beds by piling wood then dumping soil on top. Or you can dig a pit, dump in the trimmings and then put the soil back. Or you can pile leaves on top of a pile of logs... or compost or start a new compost pile on it or whatever.

I bought a tiller and a chipper last year thinking I'd use them to make mulch and incorporate OM into my soil. I don't even use the tiller to break ground anymore. I've had good enough success just planting into sod and mulching with straw for far less work. For incorporating woody stuff, I dig a hole and bury it whole.

I agree with soil on renting gear. If I absolutely needed to chip up a bunch of wood, I'd look into renting a machine. Even though I'm a bit of a gear head, I plan on selling off some of my equipment due to lack of use.
show more
12 years ago
gear

No-till hay method
I tried this last year. I wish I had a scythe, but I used my rotary mower to create a similar effect. I interplanted buckwheat and cowpeas in the same patch. The cowpeas were a fairly good success, but the buckwheat was kind of a wash. I plan on trying this again this year without interplanting. I think the interplanting would be okay if my goal was purely soil improvement without crop expectations. I have some winter rye that I plan on working into rotation this fall.

The rotary mower cuts the straw into finer bits, which I just left lay where they were. When I planted, I hand tossed the seeds and raked them down below the mowed grass. Both the cowpeas and buckwheat liked crowding from like plants. I will try planting them denser this year. I plan on buying a few small square bales of straw to supplement last year's residue. I also have a good pile of leaves that I gathered last fall that will go into the mix.

I didn't take pics last year, but I plan on posting some from this year's crop.
show more
12 years ago
organic
Manual food processor?
I never used a saladmaster, but I've used a crank slicer in several restaurants that I've worked in. I can't seem to fine one online, but they were similar in concept to the saladmaster. There were one or two blades radially mounted on a round plate, kind of like the mandolin blade of a food processor. The depth of cut was adjustable with a screw. You placed the food to be sliced in a V-shaped table and pushed it into the blades with sliding block. You could probably find one on Ebay for a reasonable price. Or check restaurant auctions.

I'm with Joel on knife work, but I tend to use my knuckles or side of my hand. This is also safer than it sounds. I think it provides much better tactile feedback. The side of the knife rides against your skin thus your nerves can better sense the position of the knife. Just be sure to tuck your fingers back away from the blade.
show more
12 years ago
cooking