A touch too much

Heather Staas wrote: I think I put adult-adult touching into the "extremely intimate/erotic" category almost exclusively.   Maybe that's why I don't like it "casually" so much.   It feels invasive and restrictive.   .

I agree with this.  I think this is why I am so put off by dating profiles that say someone is very tactile, or loves cuddling up on the sofa.  It feels like they will launch themselves at me on the first date before we know each other.  When someone says they enjoy cuddles on the sofa, it makes me wonder if they are talking about something they did with their last partner, which i don't particularly want to know about at this stage without knowing the context as to why that relationship ended, or if it's something they habitually do even though they are single, and it confuses me.


K Kaba wrote:I personally need a lot of casual touch. And, if I'm not getting that from my environment, I need to be actively making sure my touch needs are being met. Spend time with a snuggle-loving dog, friends who like to hug in greeting, a contact sport, maybe schedule a massage.

But I get this too.  I like hugging my kids and animals, and close friends, and my favourite guitar player.  So it must be very confusing for the "tactile" ones.
show more
1 week ago
permaculture singles 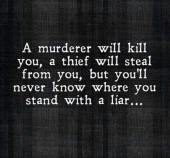 Red flags & Dealbreakers
I have a dealbreaker which I'm surprised I didn't mention the first time around, and it is this.

The guy who says "I would never do anything to hurt you".  Sometimes observed from the flip side of "he'd never hurt me".  Apologies, I have not heard this expressed in a same-sex situation or said by a woman about not hurting a man, but it may well occur.

It's difficult to explain exactly why this sets such huge alarm bells ringing, besides the fact it was once said to me by someone who in fact was very very bad for me.  It's something about him accepting that there are OTHER people he might hurt, he's the sort of guy who hurts people, but somehow he thinks he can control himself around you.  People make mistakes.  People sometimes hurt other people, even though they don't want to.  If he can't admit that that might happen, he will probably not admit that it's his mistake if he DOES end up hurting you.  He may well even blame you - he didn't want to hurt you but you provoked him or put him in an impossible position.

If he says he'll never hurt you - run, girl.

Questions you've always had for the ladies but never asked.

T Blankinship wrote:Any issues with dating a guy who is a non militant vegan?

I would avoid anyone part of any “militant” diet cult.
Prefer a health conscious omnivore; conscious also of soil and creature welfare.

It is simpler than that, for me.  if someone doesn't eat meat because they think it is wrong or disgusting, it follows they would think I am also "wrong" or "disgusting" to do so.  So I don't believe anyone who says they don't mind if I don't share their dietary principles.  I dated one such person.  "Sure, you can eat meat, just don't bring it into my house or put it in my fridge, or expect me to kiss you until you've brushed your teeth, and if you choose meat when we're eating out I'll arrange the menu so I can't see what you're eating, but hey, I'm tolerant, it's your choice what you eat".  If someone is willing to compromise their principles in order to date me, a person they consider to have reprehensible morals/disgusting habits, actually I respect them less for it, and I don't want to date them.

Post Cool Bug Pics
I noticed I put up a photo of a hornet mimic hoverfly three years ago, so here is a real hornet I met in my mothers garden...  About the size of a large queen wasp, but lots of chestnut brown about it.  Took absolutely no notice of me, but bickered amongst themselves a fair bit if one approached a flower another was feeding from!
show more
1 month ago
bugs
tree leaves to wrap cheese

When nettles are used on the Cornish cheese Yarg, they kind of become part of the rind and are eaten along with the rest.  The OP said  a shop had asked for leaves to be supplied, which sounds more like a decorative/display purpose or for buyers to transport their cheese home.  So I think there are two different properties of leaf being suggested?  Tough and maybe aromatic for wrapping, or thin and edible.  I wouldn't want to eat a chestnut leaf!
show more
1 month ago
charcuterie
Creating British style hedgerows with American native plants.

Blake Lenoir wrote: I haven't seen any young shoots yet since I pruned it down. What conditions I need to guarentee any future growth to build a sustainable population?

It depends when you did it.  I would cut elder right down to ground level in the winter - the harder you prune the more strongly it will come back.  When farmers are laying a hedge they will tend to pull elder right out as there will always be seedlings coming along to replace it sooner or later.  If I had several elder bushes I would coppice them down to ground level in winter, in rotation doing one every year, and give it some manure.
show more
1 month ago
wildlife
Creating British style hedgerows with American native plants.

Blake Lenoir wrote: I had to prune down my elderberry bush cause it hasn't produced the way it should. What should I do to help my elderberries grow back to a healthier state so they can produce at a higher level?

What has it done since you pruned it down?  They are very much like a lot of soft fruit bushes, they fruit best on young wood.  In my experience if pruned right back to ground level every few years they will fruit beautifully for a couple of years and then the heads get smaller.  A top dressing of manure wouldn't hurt either.

The other thing elders are very good for is that they are the preferred host for jelly ear fungus - yum!
show more
1 month ago
wildlife
Creating British style hedgerows with American native plants.

Blake Lenoir wrote: I wanna find out if I can grow shrubs from seed to create a hedgerow, has anybody done so from seed?

Yes definitely.  That's the best way to get strong young whips about a foot tall with a good root system that you can transplant bareroot in winter.

Elder is not great as a structural plant in hedges as it doesn't lay well (see Michael Cox's earlier post describing laying).  Elder is too brittle, open and leggy, but it does shoot strongly and flower and fruit on first-year wood, so a bit in a hedge is OK.  You just have to be quite harsh with it.  Hazel will give you a stronger framework and is pleasant to work with as it has no thorns.  But Hawthorn is the best as it branches well and the thorns deter livestock whilst helping the whole hedge to knit together.  I'm not that familiar with sumac, we do have it here as a garden plant but I feel it is quite brittle like elder.  The other things you mention are mostly climbers?  So you've got to give them something to climb on.  Hawthorn, blackthorn, holly, hazel, field maple are a good mix you can't go far wrong with to actually make a hedge, even though they are not the most productive edibles.
For clarity: Crataegus monogyna or laevigata, Prunus spinosa, Ilex europaeus, Corylus avellana, Acer campestre.  There are presumably North American relatives of similar habit!
Willow probably not stiff enough.  I have never seen willow in any quantity in a good hedge.  We increasingly see wolfberries in hedges but I'm not impressed with their growing habit, again lots of thin whippy straight shoots.

What are some things you find attractive/cute/sexy/etc. that others likely don't?
Musicians and dancers.  Specifically, morris dancers and preferably long rangy Border dancers, and relevant instruments such as melodeon or drum.  When someone is unconsciously absorbed in the physicality of playing or dancing and has that relaxed power and grace...  Are links allowed?

These guys - oh wow.  When you're watching a dance and your eye is constantly drawn to one link in the chain... (well, either the dancer in the bottom left or the drummer in the middle...)

show more
1 month ago
permaculture singles
Matchmaking.. why DONT they?

Heather Staas wrote:  but I've never had a SINGLE friend suggest or mention this to me.

I think this has caused some confusion - Heather did you mean "not a SINGLE one of my married friends has ever tried matchmaking" or "none of my SINGLE friends"?

If the former, I can only suggest maybe we should be more open about the fact that we are open to finding someone.  I recently said something to my team leader that made him say "oh, I didn't realise you were in the market for a person" and I've known him nearly two years.
show more
1 month ago
permaculture singles