What did I plant?
I had to post a similar plea on Facebook this morning. The package said radish. 4 radishes grew, and about 100 of something else.

Final conclusion was spinach :)
show more
12 hours ago
gardening for beginners
best practice for putting out the fire in the rocket stove when done?
My understanding is that they should be allowed to burn out completely, and the air supply closed after that to stop the mass continuing to draw warm air out from the room.

Others may have different views.
show more
1 day ago
rocket stoves
Biochar in PEP?

John Suavecito wrote:This whole forum is about different questions that people are asking about making and using biochar.
John S
PDX OR

I understand that there is a lot within the forum about biochar. But my question is about the PEP badges. Is it included in any of those?
show more
1 day ago
pep
Minimal Meat Sheep Breeding
I’d keep it even more simple in year 1.

Get two lambs, just past weaning. Keep them alive for the year. Get them butchered.

Learn from the experience.

Then figure out if you want to breed them, and what breeds you want.
show more
2 days ago
goats, sheep and llamas
Biochar in PEP?
Is there biochar making/using tucked away somewhere? I don’t recall seeing it anywhere.
show more
4 days ago
pep 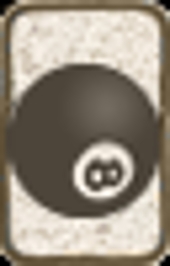 PEP Badge: Oddball
Here is my submission for an Oddball.

We want to start regular selling of eggs from our driveway, and periodically other things like plants, garden produce etc... we wanted a weatherproof box to do this from. I had hoped to do this entirely from scrap we already had, but we didn’t have quite the right mix of materials. We reached out on Facebook and were able to salvage three pallets in good condition from a near neighbour.

With pallets in hand we roughly planned what we wanted and made a start. Busting apart 3 pallets carefully, and pulling every nail for reuse took quite a while. Probably an hour alone in just preparing the wood. The nails were really tough, annular rings that were nearly impossible to pull.

The roof is pitched slightly to allow rain water run off, and topped with a scrap of roofing felt.

The vast majority of fastenings were reused nails from the pallets. I did have to use some screws from my stash in a few places, and a few short nails for the felt.

Tools were hammer, Stanley knife, battery drill, battery chainsaw, a couple of pieces of 2 by 4 to use as a lever to pry the pallets apart.

I have not made something like this before from a salvaged pallet, so there was a fair learning curve, but I’m very please with how it worked out.

EDIT: it took me about 7 hours with my “helpers” joining in. Longer if you included sourcing the materials. Likely 4 hours for someone a bit more proficient and not distracted by little people.
show more
4 days ago
pep oddball
Things you never thought you'd have say. Then you had kids.
Did you just wee in mummies boot?
show more
4 days ago
parenting

Winecap spawn not growing too well
There was a comment above about inoculating woodchip beds in April, and not seeing spawn developing for months. Our new bed stalled out like this for a while, but I have since given it two thorough soakings to make sure the chips were moist through the whole depth of the bed. Seasonal summer rains were only penetrating an inch or two, and the inside of the bed was dry.

After watering the spawn took off like crazy, and has spread through the whole bed.

I definitely recommend a couple of good soakings to get wine cap spawn going.
show more
4 days ago
fungi

PEP BB commerce.sand.selling - sell "goods" (something you made, grew, or foraged)
How about small regular sales? We are starting to sell our eggs. £1 for eggs. But obviously we don’t sell £20 in one go.

Can we accumulate sales? Can I mix and match? A few plants and some eggs?
show more
4 days ago
pep commerce

finally figured out what to do with BIG zucchini !!
I just enjoyed the first taste of my experimental fermented courgettes. With fennel seeds and a pinch of chilli. Very good. I cut long thin strips for this.
show more
5 days ago
urban