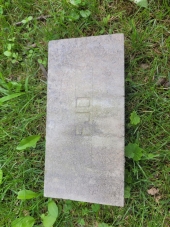 Fire rated brick? Found these in my backyard
I acquired an identical blend of bricks when a 60-ish year old chimney was removed from an old bakery where I am. I didn't see it in situ, but I assume the bricks were arranged much the same way as in the above photos. Congratulations Matt!
show more
1 day ago
rocket stoves

Denise Cares wrote:I think the tin can is one way of protecting the trunk from chewing animals or from sunburn when trunk is thin.  However it should be removed at some point to allow for proper growth.  Not easy to remove however....

This method dates back to the 1800s, so I guess that was the best option for avoiding girdling. Today, I think it'd be reasonable to use wire mesh or something like it that can be removed easily.
show more
1 day ago
fruit trees 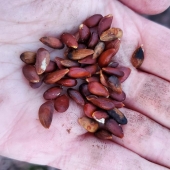 Steve Thorn wrote:It's about 3 feet tall now, and has gotten severely eaten back to the ground by rabbits twice now, so it's doing pretty good despite that. And Honeycrisp is a super slow grower here, so it's definitely not the most vigorous grower, like it's parent. It may be a natural dwarf.

It's been remarkably happy though despite its poor location and twice defoliation, and there is almost no sign of any disease issues at all. The leaves are super dark green and healthy!

I just reread my question above your post and realized it may have sounded like I was unimpressed by the amount of growth in your seedling. The opposite actually. I am in a harsh climate for apples, so I really can't relate to what most of you consider normal growth. I'm only slightly exaggerating when I say that, where I am, non-death over the course of a season is considered celebration-worthy. The fact that your seedling was eaten back by rabbits and still put on that much growth is tough for me to comprehend.
show more
2 days ago
apples 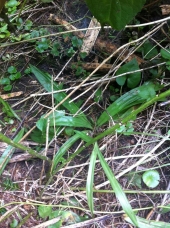 ID help-who is this plant?

Michael Helmersson wrote:Blue Bead Lily? I'm about a million zones north of you but we have those growing in the same setting you mentioned.


Maybe? That would be cool, the berries are beautiful! That was the only thing I saw that looked remotely like it in my field guide, but then it's all black and white line drawings. The pictures I see of it on the internet look like the leaves are kind of thick, almost succulent. Does that jive with what you know of that plant? Cause this one, the leaves seem fairly thin and like they flop or bend easily.

Here are a few pics. I wouldn't call the leaves succulent, but they are somewhat thick. I'm not sure they are the same plant, now that I'm comparing your pictures to mine. Yours has too many leaves, I believe.
show more
5 days ago
plants

ID help-who is this plant?
Blue Bead Lily? I'm about a million zones north of you but we have those growing in the same setting you mentioned.
show more
5 days ago
plants

Great Words for Everyday Use

I haven't watched The Simpsons for at least ten years, but I routinely hear Kent Brockman's voice asking "Poppycock or Argle-Bargle?" whenever I encounter something absurd.

"Caterwaul" is one of my favourites, too.
show more
6 days ago
communication 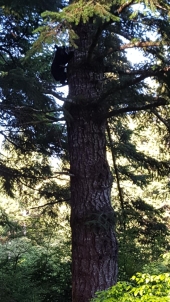 Bear in my yard and it's clearly not scared of people

Unfortunately, odds are that it will be back. A bear never forgets a food source. This is now a "fed bear."

I agree with you. Our neighbours have gone to the city today to acquire an electric fence. There are a lot of other security issues that they need to deal with but I'm hoping they figure these out without me having to preach.
show more
1 week ago
predators

Bear in my yard and it's clearly not scared of people
I used a bear banger for the first time recently and was impressed with how effective it was at helping a bear decide to leave. Yesterday, I lent it to my neighbour who had a bear break into his chicken coop and take two birds. Within hours, the bear returned and squeezed into the coop through the flimsy little door that separated coop and pen. Apparently, he fired off the banger and the bear squeezed back out, the way he entered and hasn't returned, even 24 hours later.
show more
1 week ago
predators
Root cellar
I assumed that you were going to use the manhole as a top access only. That would be more insulative but less convenient. We have top only access but our yurt is on top, so it's actually more of a basement than a stand-alone root cellar.
show more
1 week ago
homestead
Root cellar
I like the logic you're using. I just wonder if it would be to well-sealed in terms of condensation. If you could have drain holes that didn't weaken it structurally and adequate ventilation, I guess that would solve that problem.
We love our root cellar but it is still being "fine-tuned" to be more useful in the warmer months.
show more
1 week ago
homestead