How do you keep track of your plants?
Sharing plants or seeds from my garden happens regularly and I think it’s important to tell my recipients what exactly they’re getting. At the same time, I really like knowing the names of what I grow.

To keep track, I simply write in a notebook the genus, species, and common name of plants I acquire, and the date each is acquired.  I also find some way to label the plant itself. Eventually I memorize the name and the loss of the label doesn’t matter.

One day, someone else will own my property and I want that person to know what they are getting. Ignorance can lead a person to uselessly buy a plant they already have on their property. I’ve done this myself.  Also, visitors to my garden often ask “what’s this it that”, not to be polite but because they really want to know.
show more
4 months ago
fruit trees
Tolerates Seasonal Flooding?
I’ve a place in my garden where I’d like to put a small fruit tree.  This area is in a low spot where, during the winter rains, the soil stays quite wet. During a lengthy storm there is standing water for a time.  Would a dwarf persimmon or mulberry put up with this?

I get an average of 40” of rain per year and it’s dry as a bone from June through November. I live in Northern California, on the western slope of the Sierra Nevada’s, in USDA zone 9a, heat zone 7.

What other fruit trees are supposedly tolerant of seasonal flooding?
show more
5 months ago
fruit trees

All the Great Things about Wood Chips
I’m glad this post was revived. It reminds me to lay on more chips.  Sheesh! 4 inches. I was content with 2” but I’ll bump it up. I have the chips to do it but I have to hand carry them in 5-gallon buckets.

I have a fairly young garden and am in a Mediterranean type of climate. I don’t notice much composting at the soil surface.  I suppose over time it will become more apparent?  But I AM sure the chips are helping hold in moisture, else half my plants would suffer badly from the combined heat and dryness (101 degrees F. and 3 percent humidity yesterday).
show more
5 months ago
soil

No fruit set on Santa Rosa plum
It's heartening to know others are having the same experience, with positive results. Thank you all.
show more
6 months ago
fruit trees

No fruit set on Santa Rosa plum
My four-year old plum ought to have given me some fruit this year. I pruned correctly, leaving plenty of last year's wood, and there were a lot of blossoms. The native bees were out and I did a bit of pollinating myself. Not one fruit set.

The tree gets adequate water and occasional fertilizer. It appears quite vigorous.

What are possible causes of this?
show more
6 months ago
fruit trees
Orchard Design Impasse
Elsewhere on this site I have read, several times, that birds often prefer mulberry fruit to others. Perhaps a full size mulberry reserved for the birds might help. Also, birds, I am told, prefer to feed in taller trees since being closer to the ground is more dangerous to them.
show more
8 months ago
fruit trees 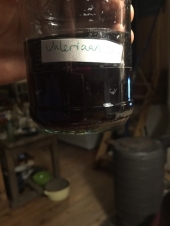 A sceptic willing to change
John, a slower glycemic response doesn’t mitigate the harm of total insulin release in a person who has insulin resistance. I don’t know if insulin resistance is the problem in this case; it might be or might not be. For a sensitive person, it’s possible very small amounts of simple carbohydrates are problematic.

As for nutrition, I don’t believe the nutrition in a bowl of oatmeal can’t be found elsewhere.  Many whole foods including oatmeal, contain a variety of vitamins and minerals.  For the case in question, a seemingly intractable condition, why not test out a diet different to what he has been consuming to date?  Complete nutrition can be found in foods other than wheat or carbs or whatever.  The poor guy needs alternatives and a change in diet, whatever it might look like for him, may be useful, if he hasn’t given single food (or class of foods) elimination a try.

Mrs. skeptic was looking for ideas and I don’t believe mine is radical.  What do you suggest for this case, other than a criticism of my idea?
show more
11 months ago
food as medicine

A sceptic willing to change
The infusion and decoction ideas are worth trying, but how about subtracting some things.

I know of many people who are sensitive to wheat, dairy, and other foods, although it’s not obvious. By reducing or eliminating the target foods, over time their physical problems subside. Myself, when I gave up wheat, my mucus problem virtually disappeared. It had me coughing all my waking hours due to the tickle of post nasal drip into the back of the throat.  Sugar is another possible problem, whether from the sugar bowl or fruit or starchy vegetables. A potatoes raises blood almost as quickly and as much as table sugar. It never hurt anyone to go 30 days without sweets or starchy foods as an experiment.

I may be preaching to the choir here. I never thought I was eating too much sugar until I realized how much sugar (carbohydrate) was in my “healthy” diet. Good luck.
show more
11 months ago
food as medicine
Fruit trees in yard that has full shade in early Sept
My nurseryman says that trees are on the "decline" as the year wanes.  They are getting ready to go dormant so don't require the amount of sun they did when in active growth.

I say, try at least one "full sun" tree and see what happens. One you grow from seed won't cost you anything.
show more
1 year ago
tips for awkward spots