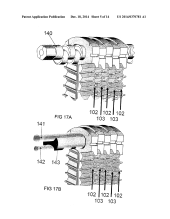 Flow(TM) Hive may be the innovation that finally gets me (and you) into beekeeping!

Robert Overturf wrote:With these frames, they can be harvested without removal and the channel for the honey to flow is at the back of the cell out of reach of the bees so there is zero risk of crushing bees while harvesting honey.

zero risk? I disagree. the only way to assure zero risk of adult bees being crushed would be to remove the frame to inspect it ahead of time. at that point, the major selling point is rendered moot. there is always a chance, though perhaps rather small, that a bee is inside a cell of the frame to be harvested. could be eating honey, could be cleaning, could be making bee bread, could be doing any number of things.

and the only way to assure zero risk of brood being destroyed would be to use a queen excluder, which creates a number of other problems and is not generally considered appropriate for bee-centric beekeeping.

My understanding, which I will admit is limited, is that the risk of crushing comes in the removal and replacement of the frame when the hive is opened. When harvesting from a flow hive, where would the risk of crushing come from exactly since you don't have to open the frame? There s a channel at the back of the cell where the honey is drained from. There is no mechanical action inside the cell if I understand correctly.

I don't think anybody is claiming that beekeeping is a simple process, but maybe harvesting honey can be, and at the same time less impactful to the bees if not over-harvested and if proper respect is given to the needs of the bees along the way but I think that goes without saying for most people who will be successful.

Let's look at the idea of people getting bees and then many of them dying off from poor care. Doesn't that still mean that if there would be a small percent of a large number of people that are successful, that that would still have a positive impact on the overall population?

No doubt people are going to fuck it up, people fuck everything up, but a few will be the exception to that rule. Those are the people I am interested in.
show more
5 years ago
honey bees

Flow(TM) Hive may be the innovation that finally gets me (and you) into beekeeping!
I have not noticed too many concerns with the flow hive that are not also concerns of traditional hives. Most of the concerns seem to denote a lack of understanding for how it works. I would suggest that anyone with concerns ask questions, or better yet, read the patent. No doubt there is room for improvement but this thing is going to do amazing things for the bee population based on how much attention it is stirring up. I like it. This particular type of hive, or frame really, would open up more options for how you can care for the bees and collect their honey. It doesn't limit much in the way of options you had before, it just has a few added bells and whistles. You can still open the hive whenever you need to. You can harvest in smaller increments with less disruption to the hive. You can partially harvest a particular frame, leaving the bees plenty to eat as well and when the frame gets too low the bees will uncap the cells and refill them. There is more risk with a traditional hive in relation to crushing bees. With these frames, they can be harvested without removal and the channel for the honey to flow is at the back of the cell out of reach of the bees so there is zero risk of crushing bees while harvesting honey.
show more
5 years ago
honey bees

mushrooms for hugelkultur
I had the thought to try this a couple of years ago with morel mushrooms. At the time I was very inexperienced and had built my hugelkultur all wrong. It was pretty much hollow and too dry. There were lots of wild mushrooms that grew on it before I tore it down, but no morels. I would like to try again one day soon. It's kind of my subtle, slow-rolling mission to establish a methodology for growing morels consistently and in a potentially commercially viable manner.
show more
5 years ago
hugelkultur
my real motivations behind the stretch goals
I believe you are well within your rights to pay yourself and to do so well. I think that when considering the principle of return of surplus back into the system, that you would do well to consider yourself as at least an equal co-beneficiary of said system's surplus. That being said, it sounds like you have great things planned for the future and I can't imagine a better way to re-invest in the growth of the system. I look forward to what permaculture dreams may come.

Cassie's Weekly Permies.com Video Blog Updates!
I am already missing the video updates and wondering if anyone has noticed any correlation between forum participation and these updates, and specifically, if it has dropped off at all since the last video? My guess would be that there is a spike in traffic to permies right after each video is made available and then a gradual decline until the next video. Of course there are a lot of other factors to consider including another potential recent spike in traffic with the release of the more recent kickstarter. Are there metrics that can be looked at that might show exactly what the results have been? Just curious. Thanks.
show more
5 years ago
tinkering with this site 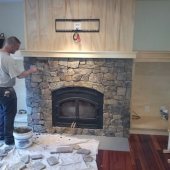 New rocket mass heater kickstarter
I love it! I was originally thinking to myself that I had already spent the money on the first kickstarter, so I would sit this one out, but after seeing the video I am very excited to squeeze the funds out of the budget and make it happen.
show more
5 years ago
tinkering with this site

looking for pics/video of winter chicken coops
In thinking about how a chicken chooses to go sleep at night out there in nature I wanted to kind of re-think the idea of the chicken coop. What I wanted was something that they would hop up into, the way they would into a tree in the woods when they go to roost at night. I think that out there in nature, cold isn't as much of an issue for them because they originate from a jungle fowl so out there in nature there wouldn't be as much of a concern for cold. That's where I have to admit that I can't absolutely 100% conform to nature's standards because I do have to compensate for cold in my climate if I want to eat eggs and chicken.

What I ended up coming up with was a completely open-air coop, with the exception of the West wall which is solid, and surrounded with wire mesh. The wall is just to block the prevailing wind which comes from that direction. Just on the inside of that wall is, hanging from the ceiling is what I am calling a roost box. It has roughly solid walls on it's four sides, with cracks between boards intentionally not well sealed for air quality purposes. At the top there is a vent, but it remains closed for the winter. There is not a lot of room in there and the idea is that they will go up in there in the winter and huddle together. Their body heat will warm the small space and be trapped within the roost box. In the summer open up the vent and get a thermosyphon effect that draws cool air up and through to keep them cold.

I have not done a good job at documenting with pictures but the few that I do have shows the framework before the walls go on the roost box and gives a decent concept model I think. I am in Des Moines, Iowa which is about Zone 5B. I have barred rock laying hens. A couple of weeks ago when it was quite cold out, I went out to the coop and one of the hens was inside the roost box I assumed to try and stay warm, so I opened up the vent door to peak inside and check on her. My face was met with a plume of warm air confirming for me a successful system.

Here is one of the pics. I was difficult to get it in a picture since there's not a lot of room inside the coop.

The lower exterior walls in the picture are also no longer there, replaced with just wire mesh. (hardware cloth)
show more
5 years ago
chickens

Cassie's Weekly Permies.com Video Blog Updates!
Please keep the videos coming even if it is just for us permies. That just makes the grass that much greener on this side of the fence, and THAT WILL draw more people in. When non-permie folk see us permie folk all happy and giddy and excited about gardening and permaculture in the middle of winter when it could be the furthest thing from possible in their minds. We gotta have a way to get through the off-season and your videos have certainly helped to ease the effect of winter stir-craziness. It's a way for all of us permies to stray connected to things happening at base-camp. It's a tie-back to the daily-ish email and gives a visual to go along with what's been read. Even though I haven't actively participated as much (actually this post here might dis-prove that idea) I have been visiting the forums more especially when something comes across as really exciting, which is an effect not quite as well translated in text form.

It could be argued that building the experience within permies does help to build the empire. It's part of what makes it great to be a permie.