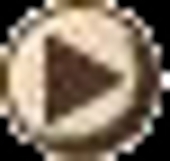 Soylent - I am lost for words, and not in a good way.
I just stumbled upon something that horrifies me, I am almost speechless. I have so much to say, that I feel like I could never firmly establish my stance, that my words would read more like a rant of mindless drivel fueled by negativity and confusion. I guess that I can manage to say that if you look at it in an all encompassing view, that it stands against my logic and understanding in every desire and value in life. So what has me "sick to my stomach"?

To summarize, it is a powdered concoction which - in theory - contains everything required for a human being to sustain life, with the ultimate goal of solving world hunger.

It costs $65 per person, per week. In this video it is made from 'chemical suppliers' in an old garment factory with mice running around. The interviewer which lived off it for 30 days also had issues with mold and "green stuff".


The creator has said that;

Just because something comes from nature, doesn't mean that it's going to be the best. It's usually the opposite way, things that we design are the most useful things


in a stroke of genius he said;

maybe someday we can make these nutrients from water, sun and air... Just like the plants do

So I would just like to say, that you know, a lot of people are scared of things in agriculture, and things like additives in food. Honestly I think things like this is completely safe and that food is just going to continue to improve.

My quotes may not be verbatim, but you get the point. As a side note, if I am to be completely honest... even though he has quite a god complex, he also seems devoid of a soul.

None of these things frighten me! What really scares me is that people support it with an almost cult like devotion. Just reading some comments on youtube, anyone who dare say how ludicrous this concoction is becomes weighed down by nonsense, insane logic, and hatred from devotees. Soylent was backed by more than 20,000 people with over $2.1 Million in funding.

I have lost nearly all faith in humanity over some enriched oats and conola oil made into a smoothie.
show more
8 years ago
food choices

Will Paul do a Ted Talk? The answer is yes, and the details are here.
We need a linkady linky link for the video!

show more
8 years ago
tinkering with this site

I would have been very impressed, if you had...

I ask because one of the paleo-diet books I read mentioned this (Primal Body, Primal Mind. Gedgaudas). Fruits and veggies today, for the most-part, are bred for primarily for high sugar, low fiber, and low acidity/tannin levels.

I certainly wouldn't deny that statement, as seems logical and fairly obvious.

I will say that I believe that cultivating plants and animals as a whole, is a very, very, good thing. The apple been selected and grafted to yield more, taste better (usually higher sugar content), disease resistant, pest tolerant, yadayadayada... So eat less apples if the sugar worries you, point is it's still much less of a workload on the orchardist.

Compairing true wild verities against cultivated shows that toxins are reduced/eliminated, yield is one, ten, sometimes a hundred fold increase, less fungal issues, etc - I know that sounds like a broken record of my last paragraph but I guess I really wanna drive home that things like broccoli and corn were basically a weed not that long ago. Bananas weren't bananas as you know them, and I know from firsthand experience that out of the 50-60 wild apple trees on my property only 3 are even considered to be palatable and none of them yield worth a crap and they all get cedar-apple rust like crazy.

Now Paleo era vs 1882 era cultivars is obviously incomparable, but what existed in 1882 compared to today probably isn't too shabby... it might actually have been a golden era in horticulture now that I reminded myself of a great english show from the 1980's called The Victoran Kitchen Garden which is a hoot to watch.

You could theorize that mineral uptake could be a slow process, and even possilby the development of vitamins, and that modern verities of vegetables which are quick to harvest could theoretically contain more cellulose and less mineral and vitamin content than older 'heirloom' cultivars.

Maybe I'll stick with 1882 being strict, even though that would mean that I'm not following the diet myself it until I plant and live off all heirloom verities.
show more
8 years ago
paul wheaton's permaculture podcasts

Does this include cultivars?


But then again I'd rather eat 1882 than 1981. Maybe I should make a provision for "natural advancement and breeding of both plant and animal"

Podcast 269 - Review of don't Eat Anything with a Face Part 1
Oh and I began writing before any comments were here, and now that I've posted it appears the discussion is more about eco systems and sustainability than it is about human nutrition, which is what I thought was the dominate subject from Paul's email.

Sorry if I seemed to be a bit off topic.
show more
8 years ago
paul wheaton's permaculture podcasts

Podcast 269 - Review of don't Eat Anything with a Face Part 1
Without listening to the discussion, I'll give my (undeterminably but probably undereducated) opinion on the matter... Cause this is definitely a lamb chopping discussion.


Once upon a time there was a fat little kid, teenager actually but 'kid' just sounds better - he was quite overweight and very unathletic, one day he started to eat less processed food and he started feeling better... And then he became a vegetarian, and then vegan, and finally he ate mostly raw. And closely paid attention to what he ate. After a year went from 214lbs to 145lbs, he looked and felt great!

(this is where you expect the plot twist) Yeah, he pretty much was doing great.

Only once did a massage therapist say that his ligaments were undersized, but what does she know anyway? ...However that comment left enough of an impression (more like planted a seed of concern) that maybe this kid (now in his 20's) should reintroduce animal products into his diet... So he did, and here's where the story thickens...

With bone broth and stews. Still, nothing changed. I feel the same.

So what is the moral of MY story? That we can and have survived on a wide verity of foods, and that we thrive on anything *well balanced and varied* that your great-great-grandparents would have eaten. It's what we've developed in the last 100 years that is making people sick.

But if you were to ask me "what diet do you believe is ideal?" I would introduce you to my own, which is what wannabe eccentric people like myself do...

If it didn't exist in 1882, don't eat it. Then I use those numbers again and say eat approximately 18% fauna product, and 82% floria product by mass.

I'll leave it at that, and listen to the podcast.
show more
8 years ago
paul wheaton's permaculture podcasts
PVC for rooftop collection?
PVC will become extremely brittle when subjected to UV rays for extended periods of time.

I'm willing to bet that in those conditions, regardless of pipe diameter a 5ft drop would break even schedule 40 after 2 years of exposure.


What are your other options? Obviously there are better materials available but we're not sure what is available to you, aside from tin which seems to be a good choice. (aluminum is bad for drinking water, research links it to alzheimer's decease)
show more
9 years ago
rainwater catchment
use wood pile in function stacking?
I remember when I was a child our dogs were in a stacked wood 'pen' next to the house...

I was all of 3 or 4 years old, so I don't remember the exact details but I would imagine that wood was seasoned for 3 years as there was 3 walls with the 4th being the house. I don't remember if there was a fence, but I assume there was cause otherwise the dogs would get out mid winter!

Logically the whole purpose of the woodfence would be to get good airflow to the wood, while keeping the cold air off the dogs.
show more
9 years ago
woodland
Mathematical quiz, in the form of a consistent shade roof design...
It's a hard knock life, lemme tell ya!

I had to wake up at 9am to get our farmers market to buy affordable, local, organic, free range, raw dairy products before everybody else that got up at 10am bought it all up. Takes a lot of work to stay alive around here!

I sometimes wonder if bored people with tireless minds such as myself were the kind of people who invented internal combustion engines and cellular phones... Or did we invent trivial things such as Snuggies and Corndogs.