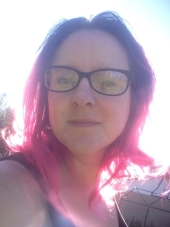 38 DWF in NE WA state looking for the Hawkeye to my Cora
Well - I met my Hawkeye in my local area - my perfect match. Thanks for playing, everyone! Closing this thread now.
show more
2 months ago
permaculture singles


LOLOLOL you forgot to mention your sense of humor.  You're a dream come true and I hope someone in your area realizes that soon.

Thanks! I mean really my sense of humor is quite... well, it's something. I do inadvertently take liberties and tease/joke around with people when I probably shouldn't... lol.
show more
2 months ago
permaculture singles

Bryan Perry wrote:Hey my name's Bryan. Do you know anyone in the area looking for a land or farm kind of caretaker position? I'm currently in Florida looking to get away from all the craziness lol. I'm a veteran and have monthly income and I also fished out of Dutch Harbor AK for a while. I love the cold so no worries there.

Hey Bryan - no I don't, not really. If you're looking to get out of craziness I'm not sure I'd recommend WA state! LOL. Depends on your politics. Washington is becoming more and more freedom encumbering as time goes along. My particular area is great but there's been a lot of people moving to the area so not a ton of available places to move. Good luck!
show more
2 months ago
permaculture singles

38 DWF in NE WA state looking for the Hawkeye to my Cora
Recent-ish pics. I will say though I'm kinda thinking there's GOT to be someone local to me. Isn't it weird how we often live in areas where there are tons of likeminded people yet we have a hard time finding those other single folks because we're all too busy up on our mountain (or whatever) homesteading? LOL.
show more
2 months ago
permaculture singles

Haha girl. I'm not a man so not looking to fill out that application but this responses makes me wanna be your friend! lol

There is an omen here somewhere. I clicked on your Uncle Dutch link, and You Tube took me to "Custers Last Stand". Be careful, this is 2020.

That's super weird - it just took me to my channel page. But yeah... 2020.
show more
2 months ago
homestead

John F Dean wrote:I find that life rarely travels in a straight line.  I suppose if it did it wouldn't be so interesting. But, sometimes I could use a little less excitement.

LOL ain't that the truth! Ultimately though I just try to think of everything as a learning experience and take what I can from it.
show more
2 months ago
homestead

How are things now?

Life sure changes a lot :) How do I even sum up?

I got divorced in 2015. My ex really was not, in practice, as on board with this life as he thought and ended up going in a completely opposite direction, so after two years I finally cut things off and let him go. There's a whole other thread on that topic here LOL!

Family relations are okay. I still don't entirely trust people except my parents, I think. I will be honest - a huge part of the issues that some family members had with me/us were actually due to my ex's, let's say, less than responsible behaviors and I got lumped in with that, and since the split I think relationships have gotten a little better. My parents also have consistently held their boundaries with others and reiterated that they are fully capable of helping me or anyone without being taken advantage of as if they are enfeebled, senile, or don't know what they are doing. Siblings dropped the issue. Maybe they just got used to things, I don't know... or maybe my parents finally told them to stfu 😂

I was off grid until last year when I brought power up and finished the house - it was a long road to finish it myself but ultimately I got it done. Then this year I took out an equity loan and paid a local guy to build an addition so now it's like I have a regular house which is pretty awesome, since the room I was in before is basically the pantry and we really have the space we need.

So at this point the dynamic is pretty good. I don't know that I'll ever really fully be able to trust some people again but I suppose that's life, isn't it?
show more
2 months ago
homestead 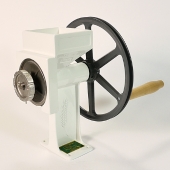 Anyone own or recommend a grain mill?
I have a Mockmill 100 and I really like it a lot. My old mill was a Vitalmill which (I think similar to the nutrimill?) had an attached grain container below the mill. I presume, to keep things from getting dusty but it also trapped moisture and then I had to clean all these nooks and crannies each time I milled.

When I got the Mockmill I got it because I wanted one that had a spout I could just put a bowl under and be done with it, and I didn't like how warm the flour got with the Vitalmill too. The Mockmill seems to do a good job not heating the flour up too much. It's adjustable, you can do fine flour with it or even coarse grits type textures.

The only thing where the Vitalmill was better was with grinding corn. With the Mockmill I have to feed the corn slowly and carefully or it will jam up, and I often have to do a coarse grind and a second pass on a finer grind. The vitalmill just chewed through it no matter what. I don't use a ton of cornmeal so this isn't a big deal but it is annoying when I have to do it LOL!
show more
7 months ago
bread 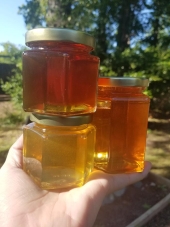 Marketing treatment free honey
I just got started this year but I've also been thinking about this. I do have a marketing background though so there's that. I think - I would start with something like "from naturally kept bees" and then either put a little asterisk by it and more wording on the back, or have it all together where you say something like "our bees live as naturally as we can help them - we don't feed them HFCS, we don't transport them around, and we never use chemical treatments in our hives" or something to that effect. There's also a Facebook group for TF beekeeping, there might be some threads in there about it.
show more
7 months ago
honey bees