Keystone XL- Why I Don't Care
As a Libertarian , my beef is eminent domain being used to foster this project. If it is such a great thing let them use persuasion , not coercion. That's a lot of persuading to do.
show more
7 years ago
politics 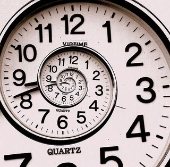 Quote of the day
"Molecular evidence suggests that our common ancestor with chimpanzees lived, in Africa, between five and seven million years ago, say half a million generations ago. This is not long by evolutionary standards … in your left hand you hold the right hand of your mother. In turn she holds the hand of her mother, your grandmother. Your grandmother holds her mother's hand, and so on … How far do we have to go until we reach our common ancestor with the chimpanzees? It is a surprisingly short way. Allowing one yard per person, we arrive at the ancestor we share with chimpanzees in under 300 miles." - Richard Dawkins

How do brain germs work and why should permies care?
Memes ( in the Dawkins/Darwinian sense ) are subject to random mutation and natural selection just as genes are. I would rather see the meme of permaculture prove itself "fittest" as opposed to fast. Game theory could be utilized to find the Evolutionary Stable Strategies. The angry memes scenario reminds me of the Hawks/Dove/Retaliator scenarios .


Some become ESS and some don't. I think Retaliating Doves would be a good strategy for permies. Hope this makes sense.
show more
7 years ago
meaningless drivel

Quote of the day
A Bertrand Russell quote about mathematics. It's in jest , I think :

"Pure mathematics consists entirely of assertions to the effect that, if such and such a proposition is true of anything, then such and such another proposition is true of that thing. It is essential not to discuss whether the first proposition is really true, and not to mention what the anything is, of which it is supposed to be true. Both these points would belong to applied mathematics. We start, in pure mathematics, from certain rules of inference, by which we can infer that if one proposition is true, then so is some other proposition. These rules of inference constitute the major part of the principles of formal logic. We then take any hypothesis that seems amusing, and deduce its consequences. If our hypothesis is about anything, and not about some one or more particular things, then our deductions constitute mathematics. Thus mathematics may be defined as the subject in which we never know what we are talking about, nor whether what we are saying is true. People who have been puzzled by the beginnings of mathematics will, I hope, find comfort in this definition, and will probably agree that it is accurate."
show more
7 years ago
meaningless drivel

Yes it's another silly quiz!
Warrior ? What , me? I did have a vision of myself once as a noble youth galloping his white steed through his fathers castle . Up staircases and through the dining halls surrounded by his trusty hounds. Lately though , I keep seeing myself as the Italian barber who gets machined gunned while shaving the snitch in the barbers chair. Funny how life is . Past , present , or future.
show more
7 years ago
meaningless drivel

Chemical-Free Hand-in-Hand Combat with Wasps
Seasonal Update : Spring is approaching and now is a good time for some clean-up. I am scouting the eaves , walls , rafters , etc. of my home and outbuildings for last years nests. Knocking them down. This way I know when a queen is settling in to her new home. I am sure that the wasps are already busy in the southwest U.S. ?
show more
7 years ago
bugs

Quote of the day
“As a reader, I could put on someone else's shoes and live through his adventures, borrow his individuality and make choices that I didn't have at home.”― Ayaan Hirsi Ali
show more
7 years ago
meaningless drivel
On organizing
Even thousands of disorganized and politically opposite permies can battle CAFOs by making them redundant.
show more
7 years ago
politics