Let me say I am no expert on pigs. Im new to this....but I believe the better winter pigs for Nova Scotia are either Berkshire or Tamworth. I've heard Berkshires are friendlier. These are big pigs

hunter holman
Posts: 100
posted 7 years ago
how much grain would they need

Walter Jeffries
Posts: 1114
Location: Mountains of Vermont, USDA Zone 3
66
posted 7 years ago
We are in USDA Zone 3 in the central mountains of northern Vermont which is probably a similar climate. We raise Yorkshires, Berkshires, Large Blacks, Tamworths and our cross lines year round outdoors. It is important to select within the breeds for lines that do well in the winter. It is not so much a breed characteristic as a line characteristic. A pig that puts on fat well helps - the Large Blacks and Berkshire are better than the Tamworth in this regard. Our Yorkshire and cross lines are both highly selected over the past 13 years for wintering. If you can avoid it, I would suggest not farrowing in the winter as it is far harder than warm season farrowing. May to October are our golden months with easy farrowing out on pasture.

In the warm months we do managed rotational grazing. This is key to our farming. We do hay to replace pasture in the winter. Hay's not as good as fresh pasture but it gets us through the winter. That makes up about 80% of their diet. We supplement with up to 7% dairy (mostly whey), apples, pears, pumpkins, turnips, beets, sunflowers, sunchokes, etc. See: http://SugarMtnFarm.com and follow the diet and feed links for details on how we do it in our cold northern climate.

We don't do a grain feed or commercial hog feed although I would suggest starting with those so you have someone else figuring out diet for you in the beginning. In the winter I would suggest boosting the calories.

Best thing to do is get pigs, no matter the breed. Even better is to get pigs who are already being raised in a similar climate the way you want to do it. Look around in Nova Scotia and you'll find other people pasturing. Get feeders from them and do that for a few years before trying breeders.

Larson Parson
Posts: 1
posted 2 years ago
Whatever you get give them a spot where they can stay dry.
Jen Fan
pollinator
Posts: 391
Location: NW Montana, USA
128
I like...

posted 2 years ago
We are in a very cold location and we have Mangalitsas.  Their wool makes them "cold proof", as far as I am convinced.  It'll be -10 and they'll be out running and frolicking in the snow.  They eat snow happily as their water source.  Very, very pleased with their cold hardiness.  They shed in the warm weather, so no need to worry about them over heating in the summer.  We're also raising Kunekunes, which do decently in the cold but need deep, dry litter and bury under, and other pigs to snuggle with the stay warm.  The Mangalitsas don't need that, although they do have it anyway :)
52EEE5BE-BB9B-4838-B3E7-C32A936C64B9.jpg 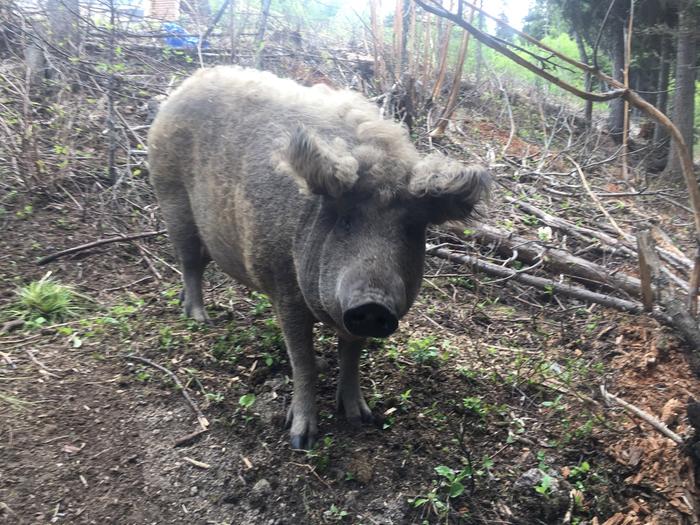 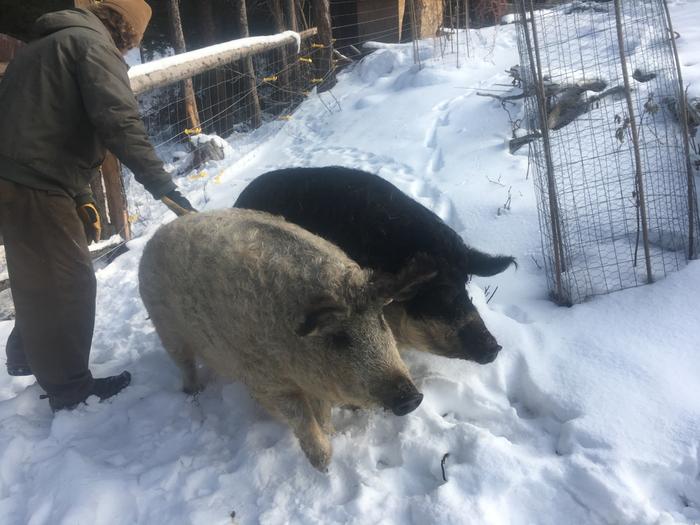 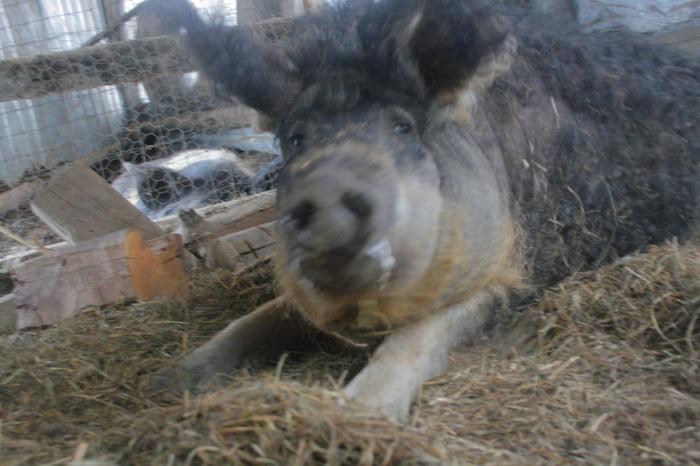 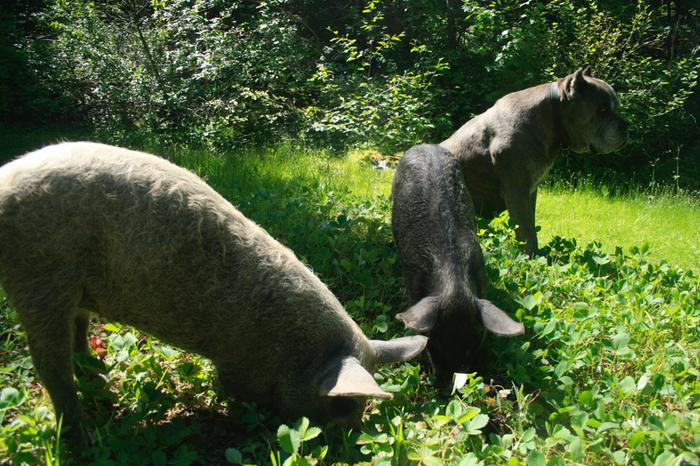 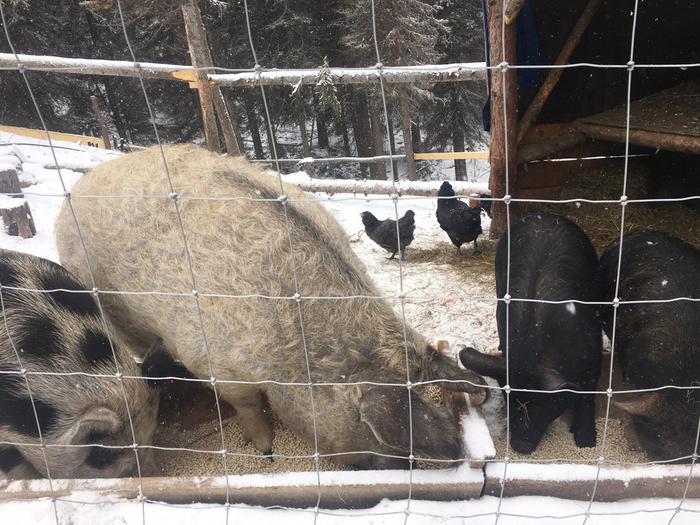