Mindless Bureaucratic Controls: An Insult to the poor all over the world!

Timothy Hewitt-Coleman
Posts: 160
Location: Port Elizabeth, South Africa (34 degrees south)
33
posted 4 years ago
So many small farmers are intimidated out of supporting themselves by barrages of land use controls, but this is not just a rural phenomenon. I wrote this piece for The Herald (Port Elizabeth's daily Newspaper) on Friday about the mindlessness of Urban Land Use Controls. Please comment and argue with me to help me find the truth.

I posted of copy of the piece to My Blog

I took a drive out to the countryside this morning. The rolling green pasture and forest to the west of Port Elizabeth is an incredibly beautiful an peaceful place and today I had good reason to drive out this way, rather than through Walmer, to my office in Central. You see, as I write this, Walmer is completely closed down by large groups of angry people disrupting traffic with burning barricades. To make matters worse, thieves and thugs are taking advantage of the opportunity to carry out smash and grab attacks on motorists stuck in the traffic jam. It’s not pretty.
My drive out toward Colleen Glen takes me past the Georgiou Hotel. Some of you may have seen it. It’s a sprawling , gaudy complex along Kragga Kamma road. You can’t miss it with its vulgar fleet of white stretch limos parked outside enticing the aspirational classes to indulge in some expensive massage or just generally pretend to be The Kardashians for a few hours. No I don’t really like kitsch and pretentious places that much. They are not to my taste. But the fact is that the Georgiou’s, whom I have not yet met, have gotten off their backsides and invested big money in the region. They have created jobs. They are attracting visitors to our city and generally contributing to the economy. Those of you have been following the story of the Georgious would know though that our “system” has just ordered this massive investment demolished. (The Story was on the front page of the Herald on Thursday 13 August 2015)
I am not able to find fault with the judge who ruled in this matter. I am not able to find fault with the municipal officials or with the neighbours who may or may not have objected. All of the individuals who have worked to crush this initiative have just been “doing their job”. All of these people have been working within the framework of the legislation laid down by our constitutional empowered and democratically elected parliament. But I do find fault with the system that we have designed that is fully capable of standing in the way of ordinary citizens creating jobs and building the economy with their own money on their own land.
It is clear to me that the angry people who have today shut down Walmer are angry and frustrated because “the system” is not working for them. The sad truth is that the economy does not value them highly enough to employ them gainfully. Yes, the angry residents of Gqebera will express specific grievances against the housing delivery process or against the lack of free electricity, but these are the details that obscure the sad reality that these angry people are too poor to look after themselves.
I am not arguing for a second that we will solve all our cities problems by allowing the Georgious to continue running their controversial Hotel, but I am very concerned that a minefield of mindless land use controls are stifling billions of rands worth of property development. I am not arguing that, by removing these, we will create the kind of economy that will absorb the poor and desperate of Walmer Township. In fact, I don’t know of what plethora of mindless controls may be destroying jobs and slowing the economy in other industries. But I do know about property and I do know about land and I can tell you right now that our legislators have it in their power to make all the changes needed to unblock this part of our struggling economy. Will it be a complicated knot for our legislators to unravel? Absolutely! But we are living in a country where the super duper complicated knot of Apartheid was undone. Our leaders in 1994 had a strong, unwavering political will do undo that knot. In fact the political will to disband the Scorpions (An elite an highly effective anti-corruption unit) after the 2007 Polokwane ANC conference was so strong and unwavering that it took only a matter of months for legislators to draft and approve legislation that very quickly made the Scorpions an curious relic of our democracy’s short history.
But please, let’s not descend into political or ideological debate about this matter. I am not arguing against the system we currently have that defends the poor from the homelessness, hunger and disease that results from poverty. I am saying that the state must do its bit. My appeal rather is that, at the highest levels of leadership in this country, we need to prioritise the removal of any and all unnecessary controls and restrictions on economic activity. Sure, we need to have laws that ensure that the environment (including people in it) is protected from harm. But that’s it! Any other control on the economy is a luxury we just can’t afford right now. Any other control on the economy is an insult to the poor and desperate people of Walmer Township and others trapped in poverty across the length and breadth of this beautiful country. 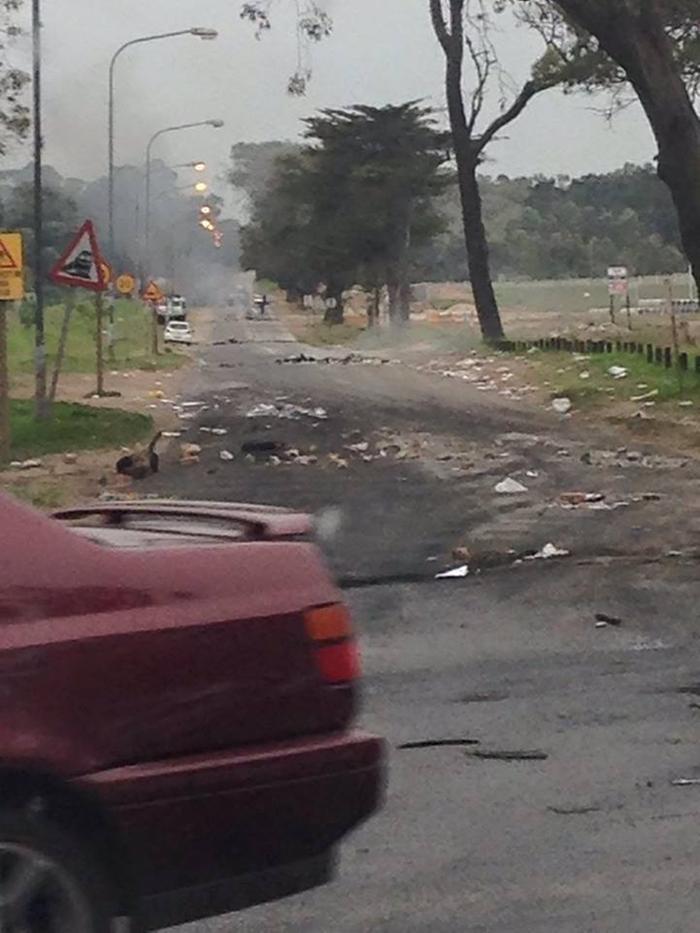 Please sign up for our really cool Newsletter http://eepurl.com/cDBshL