What was growing on my plum tree branch? 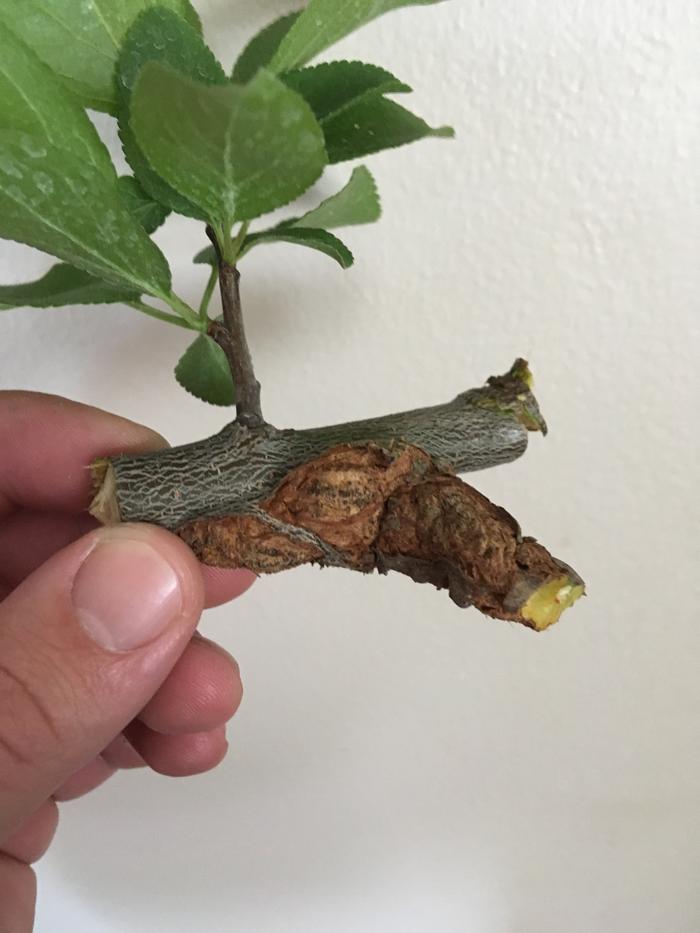 Mark Seasigh
Posts: 28
2
posted 1 year ago
So, does anybody know what this growth is?

posted 1 year ago
It looks a lot like what my family calls 'black knot'.  I don't know what the normal name for it is.

We cut it off back to the trunk and dispose of the branches off-site as it's contagious.  burning is a possible way to get rid of it, but it needs to be done right away.  Clean the cutters with rubbing alcohol.  After about three years of vigilant cutting out, it should be gone.

If you're pruning your trees, always leave the ones with a history of black knot to last to prevent spread.

Mark Seasigh
Posts: 28
2
posted 1 year ago
Hey, thanks for the help and advice; I appreciate you. 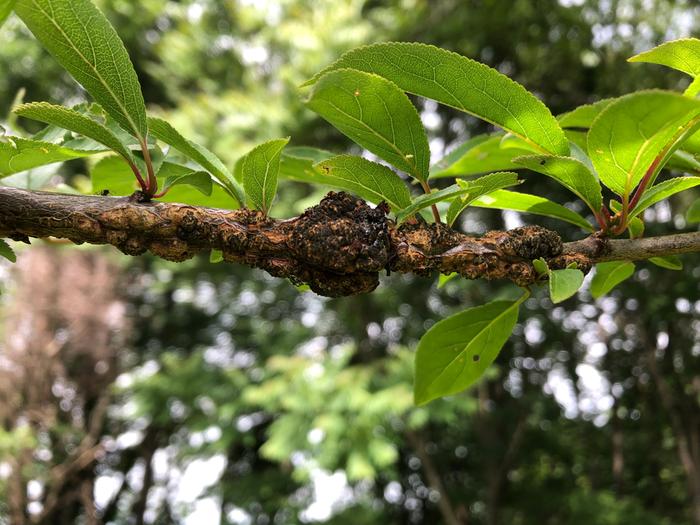 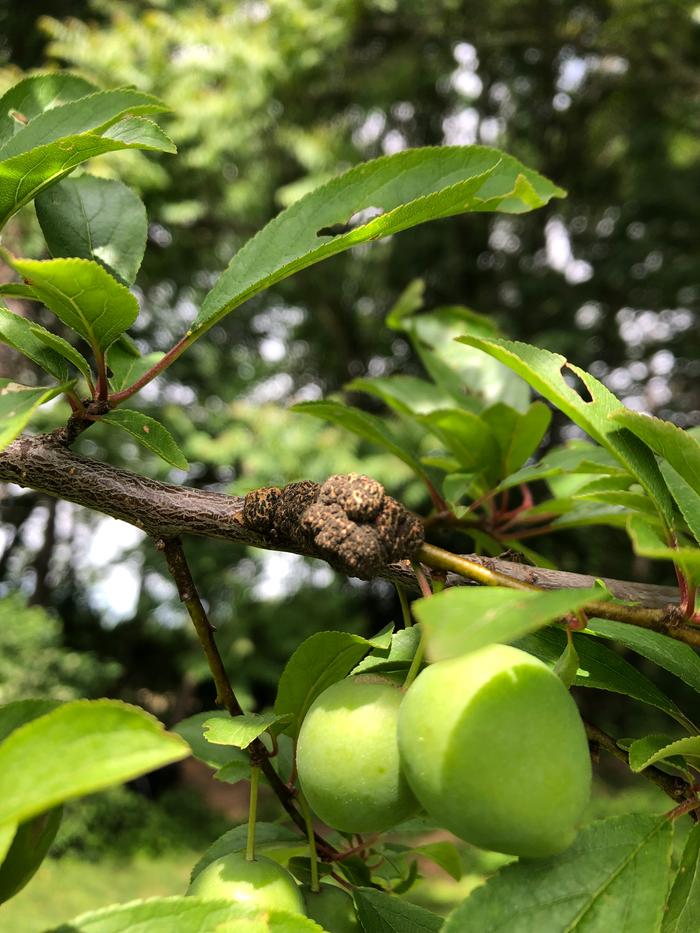 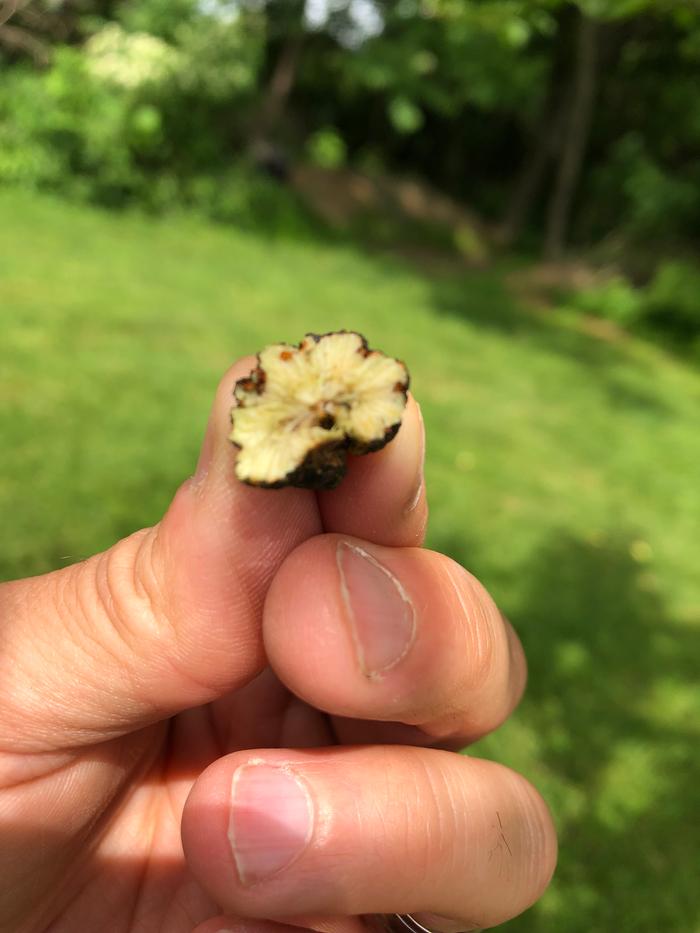 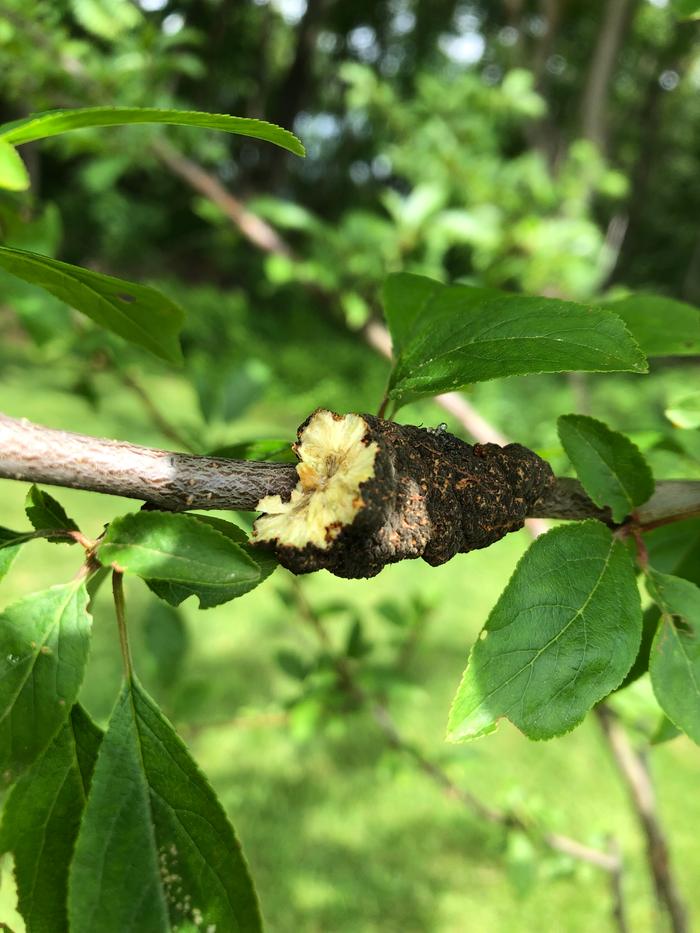 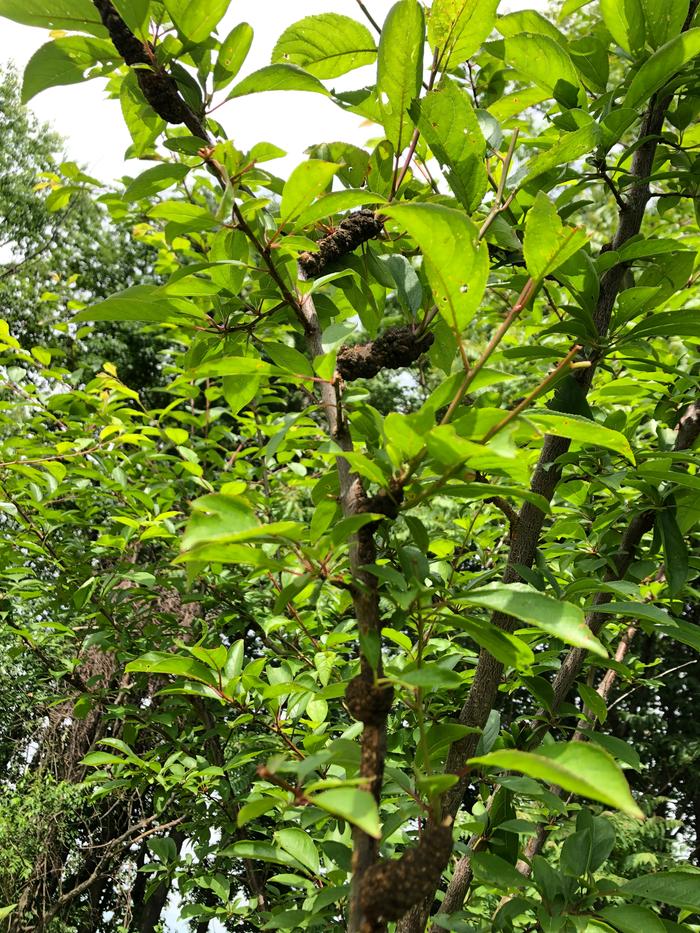 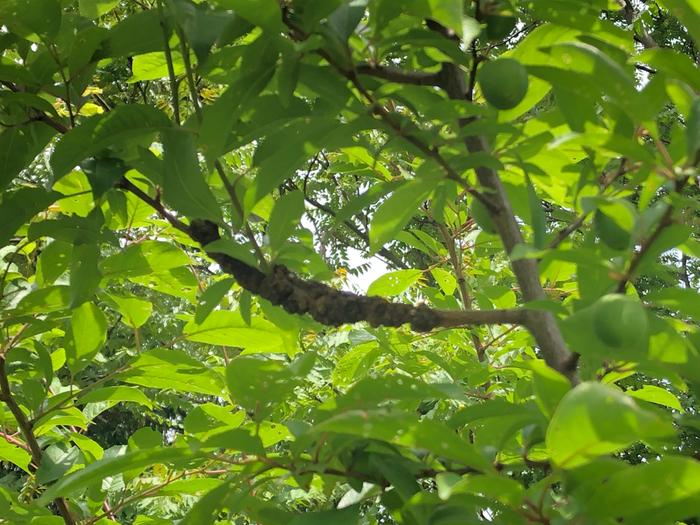 posted 1 year ago
Black knot is endemic on our land and mostly grows on the pin cherry trees, which make up about 30% of the species mix in certain areas of the property, and nearly every one I've seen has black knot.  In our clearing I have asked my husband to leave any trees that he sees that don't have black knot in case it's because they have developed resistance.  I'm really worried about when we start bringing in other susceptible food forest species how we will ever prevent it because it is so prevalent.  In choosing trees, we will have to look for strains that are listed as black knot resistant.  My dad had a few fruit trees (plum, cherry, peach) and wasn't vigilant in removing the black knot and almost all stopped producing and died.

(edited to add link)
Mark Seasigh
Posts: 28
2
posted 1 year ago
Wow! Those knots look scary!
Nice pics though...
I hope this one is the only one I ever see again. I cut back 8” so I hope that takes care of it: plus, I’m going to try a tea spray that fights this bacteria...
Praying here!

=M=
Tim Lutz
Posts: 21
Location: Jonesboro, United States
3
posted 1 year ago
Had Ag extension look at ours. Identified as plumknot. Have finally gotten ahead of it.
Cut off dispose off property.
We landfilled ours. But would burning do the trick?
Chris Kott
pollinator
Posts: 3557
Location: Toronto, Ontario
480
I like...

posted 1 year ago
I would remove and dispose of it. Burning will work, but I personally would stay away from the smoke, and keep it from other plum trees. I think a hot compost would work, but it would have to be hot.

I think I would probably treat this like I would something like a cedar rust on apple.

I would remove the affected branches and dispose of them, and then mix up some aerated compost extract and douse the tree and all around it for as long as the extract held out.

Then I would mix up some more and get all the rest of the trees that could potentially harbour the contagion.

Then I would mix up some more and start from the beginning, all over again. At least twice in a season.

I know that some contagions, like mosaic virus, are easily spread downwind by the smoke of burning infected plants.

Glad to hear you've gotten ahead of it, Tim. Please keep us posted, and good luck in the future.

posted 1 year ago
burning works so long as you do it immediately.  Don't let the knot sit in the burn pile for months.

M. Korsz
Posts: 42
3
posted 1 year ago
I cut all of the infected branches off except for one which has a graft that I want to keep. I’m not sure if I’m going to keep it on there until next spring then cut the graft off and re-graft it then cut off the infected branch. Does anyone think wrapping the knots in a grafting type plastic would contain the spores? I really want to keep this one branch till next spring to move the graft.

I also mixed up a batch of bonide fruit tree spray with some added neem  oil and sprayed down the entire tree. I’m hoping that will help kill any of the remaining contagion.

I went from having a huge first crop of plums down to about three plums.  This is very disappointing. It was the first year the tree actually produced fruit.

Does anyone know of a spray that takes care of this type of infection for sure?