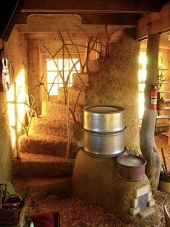 Barbara Manning wrote:I would love to install on of these in my house but I would have to import all y'all to make it for me. Sigh. 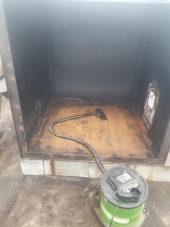 Huge batch box rocket stove
Eric, you managed where i failed few years back. My attempts at top load weren't up to my expectations.

And if you want to see my workshop heater, in case it gives you ideas

How to transform our fireplace
Again,

I would rather do bells, than multi channel stoves. Multi channel stoves are more finicky due to boundary layers. Ok, they have more ISA But the bricks in the channels release their heat in the flue path. That Also means that  there is heat released to the outside, and keeps draft until cold. But when cold, the boundary layer, dampens the ease of starting up. 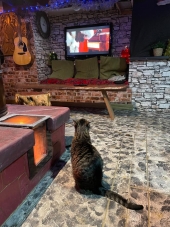 Advice on a RMH build in Hokkaido Japan

Top of my lift a fortnight ago. It is a smidge better now, but barely!
show more
1 year ago
rocket mass heaters

Advice on a RMH build in Hokkaido Japan
I wished we had a dump of snow! 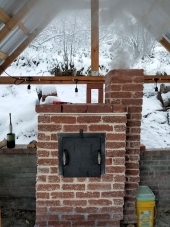 Lighting a Walker riserless core
Thomas, try that one day!

Douglas Alpenstock wrote:Fresnel lenses are fun! And I'm keeping my eyes open for a big one to play with.

They don't offer an energy freebie though. They can concentrate solar energy, but it's exactly the same amount of energy that falls on a simple pane of glass of the same physical dimensions.

Douglas, i hadn't thought about this for a while. But i see two advantages now. Fresnel lenses can  increase the size of the window in front of the trombe wall.

I mean, instead of having a huge low temp wall behind the window, it could help heat a smaller wall at a higher temperature. We're far from reaching the limit of heat storage of a big wall, with a normal window.  And a higher delta of temperature means that the efficiency is better.  Also, redirection of sun rays in the fresnel lens could increase the efficiency. The sun right, up or left of the window would barely heat the wall, with the lens redirecting the rays onto the wall, the system might function better.
show more
1 year ago
solar 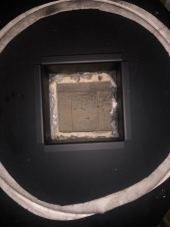 Glenn Herbert wrote:The OP said on her facebook thread that there is 4' of chimney above the nearly flat roof. It is not tall, but would be adequate in otherwise good conditions.
She also said that the wood (a few sticks) burned fine for ten minutes, then finished burning, went to coals, and started reversing and smoking back.

I think there was insufficient fuel to heat up the system, and when the flames making the draft went away, the heat from the coals took the easy way straight up out of the feed.

That's quite à possibility.  What other cause i could see, with such a short chimney. Opening a door, where hot air escapes by the door as well as the chimney. The csa of the door being bigger, it might reverse the draft, with that stubby tube out of the roof.

Lack of mass or insulation in the chimney might make the system more prone to reverting too. If it can't sustain it's own draft, because the chimney is cooling too rapidly.
show more
1 year ago
rocket stoves

Gerry Parent wrote:For a fan forced draft in a pellet stove, 5” would work just fine. For a passive draft RMH, no way. This manifold area needs to be quite large as it is the transition area where the exhaust gasses are switching directions. Too much friction in this area will definitely slow or even stall the stove.
A 10” (or 8” min) diameter pipe outlet reduced down to your 6” would work much better.

Gerry, i'm sorry to contradict you. But, in this case, there is plenty of space between heat riser and wall of the barrel. It is narrow, but should function. 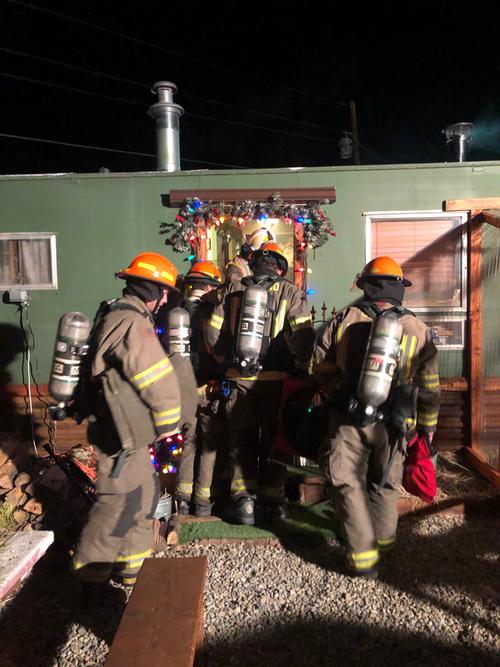 In  this pic, a short stubby chimney on the right, with smoke coming out.

That chimney is uninsulated and way too short.

Close locker's metal louvres?
Thanks a lot Thomas and Fox.


Well, i want to use it as a "chassis" for the bricks. I want the mass outside, not inside. The one i have is a smidge more recent than the one on the pic. It sure would be good to have a cleanout. But i would really like to cover the whole thing with bricks.

Flattening the louvres, and brazing these. I don't have a tig or mig. Just modern stick inverter. And an oxy acetylene torch. IIRC the door has a metal ledge to rest on. But i just thought, i could make a brick wall behind the door. To support the top, and leave a space at one end of the wall, for the cleanout.

The top could also be dry stacked bricks, if i made a frame of angle iron of the right dimension,  tacked to the locker's metal. 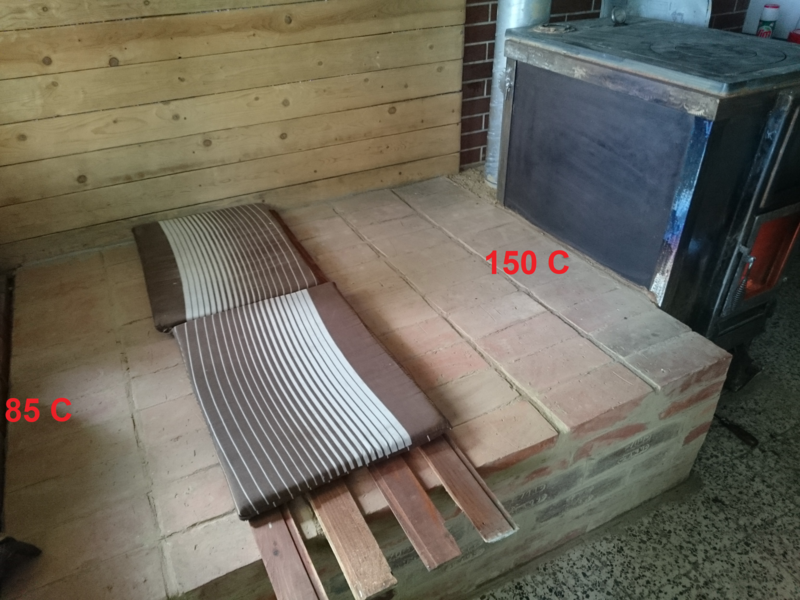