Recent posts by A Philipsen

Best fabrics for outdoors
Like Linda, I find the synthetic fabrics get smelly fast and hold onto the smell, they’re hard to get clean. Besides, they don’t compost well... my favorite for sweaty work is light, woven (not knit t-shirts) short sleeved (or long sleeves that I can roll up or roll down when I end up in the blackberry vines) cotton or linen. Loose enough that the air circulates freely, not so loose that it gets in my way. It’s what most of the old guys I know wear, it definitely gets you a farmer’s tan, but that and a straw hat keeps me in the garden.
show more
1 year ago
homestead

How not to lose your gear...
My friend painted hers all bright purple or blue. It does make them easier to spot from a distance.
show more
1 year ago
gear
What can I plant for goat browse that they will especially like?
“I was wondering about willows, brambles, and other heavier browse for them.”

Yes. Heavier browse is usually a good idea. If you can keep goats eating above knee level, you’ll have way less parasite problems. I read an article a while back (and of course I can’t find it now to link here) about a study done on black locust as goat feed. It’s good quality forage, high in protein, being a legume, and the authors suggested that, since bl is high in tannins, it ought to have at least some anti-parasite function as well, though they hadn’t evaluated that in this particular study. I’m trying it, but this is the first year my tree is big enough to feed to goats so we’ll see. From personal experience, I can say that roses/berries/fruit trees are extremely palatable to goats, as are scotch broom and hawthorn.

A good rule of thumb for goats though, is if deer browse it, and it has near-invasive growing characteristics in your area, it’s probably good goat forage.
show more
1 year ago
goats, sheep and llamas
Real-life Experiences with Goat Fencing
My second apple, yay 😁

You said, “What about circling trees with electric netting?  Would that work?”

Yes, probably, for a while. Personally, I would use netting only as temporary fencing, preferring plain wire for anything that will be there for a while. I think it’s sturdier. Training them to it first is a great idea.

Also, someone mentioned tethering. A lot of goat people disapprove of it, for good reasons. It’s the main way I keep the outsides of my fence clean though. Important things are - tame goats that are ok being walked on a lead (and untangled on occasion), regular supervision, no trees within range (or you’ll be untangling constantly, and a swivel clip at both ends of the rope.
show more
1 year ago
goats, sheep and llamas
Real-life Experiences with Goat Fencing
Electric wire is your friend. The problem with goats is that they're born to climb so anything you put up, they will use for a ladder which over time can destroy nearly anything. My goats stay inside 36" woven wire with an electric line at the top and one near the bottom. The electric wires keep them from leaning over or crawling under the woven wire. When I have tried to use just electric wire, they scooted through too quickly to get shocked. If you want portable, electric netting is pretty cool, though it's not cheap and I wouldn't trust it as a permanent fence. If you don't have an electric option, then something sturdy - wood or livestock panels, maybe, so it doesn't bend when they stand on it. Keeping them off select trees is a tough one since anything you put around the tree they will use for a step stool to reach higher in the tree. I've never come up with anything truly effective. On the other hand, if it's mature enough to have branches out of reach, something solid around the base (pallets? Panels?) to keep them from girdling it, will at least keep it alive if not pretty. My own compromise is that I keep them out of my trees during the winter - during the summer they are happy enough with leaves and weeds, it's in the winter that I notice that they start in on the bark. Probably the most important thing with fencing, is to do it right (or as right as possible) the first time. The worst goats on fencing that I've dealt with are the ones who started out in inadequate fencing so they learned that getting out is possible. They try a lot harder if they think they might succeed.

Dry and well ventilated is important for goats. My own shelter is just a lean-to on the south side of my barn. My climate (Pac NW) is a lot warmer than yours though. But they are pretty cold-tolerant assuming they are locally adapted and well-fed. And dry. They are apparently made of sugar, or something else that melts when it gets wet, judging from the drama that ensues in my field every time it starts to rain... Goats also have comparatively high mineral requirements. If they are only eating brush, probably a block is ok but if they are making babies or milk, you want a loose, goat-specific mineral. They also do not generally have great parasite resistance. Their natural eating habits work well to prevent over-infestation, as long as they have plenty of browse they rarely eat close enough to the ground to pick much up but it's something to be aware of, when you're feeding hay in the winter, for instance.
show more
1 year ago
goats, sheep and llamas 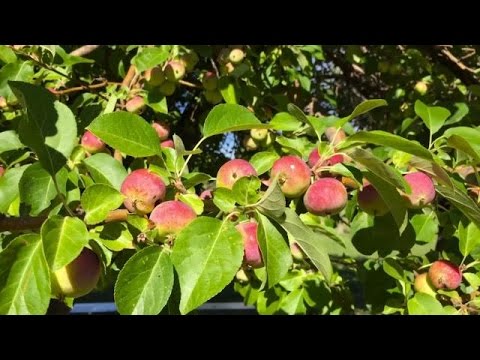 The Wyoming apple project.
The Home Orchard Society and Agrarian Sharing Network both do a great job of promoting fruit diversity and the preservation of antique varieties here in Oregon. Every late winter/early spring there are propagation fairs - a handful of smaller local ones (ASN) and a big one up near Portland (HOS) - with scion, rootstock, and grafting assistance available. I don't know if this happens in other states too but if so, it's an amazing resource and well worth seeking out.
show more
3 years ago
fruit trees

Ducks vs Chickens For Starting Out

Although, I've got to throw this out there.

If you want an easy animal to start out with, you want geese.


Then how about this - a duck flock for eggs with a pair of geese in the mix for protection from predators (and making more geese for the freezer)?
Like so many other people have said, it's pretty subjective. In my yard, the ducks are much better foragers most of the year than the chickens. There's no comparison. They are also easier on my flower beds (except for the hostas) and do less damage if they accidentally get in the garden which almost never happens because they don't fly. My chickens don't either but only because I clip the little devils' wings. On the other hand, chickens can dig up a dormant garden like pros and leave it nearly weed and pest free for spring (and fertilize it in the process). However, if and when I have to pen them up, ducks are disgusting. I swear they can take one cupful of water and use it to turn an entire 10' x 20' run into a stinking, soggy mess. Even their poo is watery which, if they are free-ranging is great because it disappears into the grass but if they are penned, just contributes to the general sogginess. So, if you want them loose and you have a place to put a pond (and what has worked the best for me is a low, 20 gallon trough that we empty and move to a different spot around the orchard every few days), ducks are great. If you want to coop them up, maybe chickens are better, but either one has plusses and minuses so in the end, go with what appeals to you the most.
show more
4 years ago
ducks and geese
multiple rabbit poo uses?

rabbits are not efficient at deriving nourishment from what they eat; they often eat their own poo at least one time through for that reason. I think that rabbit poo is likely, for that reason, to contain a lot of broken down but unabsorbed nutrients that are superior plant food.

No, not exactly. They make two different kinds of pellets. The one they eat after their food goes through the first time is soft and green - like a goat's cud, not like poop. Their poo pellets are just poo and they do not re-eat them. I find it to be pretty equivalent to goat poo as far as the effect it has on my plants, no better, no worse.
show more
7 years ago
rabbits

I wonder if it were possibly to legally raise a couple of wild rabbits and then breed them with a larger, domesticated rabbit? Still, that does not give one the thrill of the hunt.

Probably not, apparently most strains of wild (American) rabbit are not closely related enough to domestic (developed from European) rabbits to crossbreed. Though don't quote me on that, it's from reading on the 'net, not personal observation. Interestingly, My father insists that the wild buns in our brush are descended from some that a neighbor released that went feral.


How much work is it to raise rabbits? I have never raised them for meat so cannot speak from first hand experience. I know of people who do raise them.

Easy enough. I keep my buns in my garden, makes it easy to give them cuttings and I don't have to haul their poo. A couple does and a buck can produce all a person would care to eat in a year, plus some for the dog. You do have to get outside input for your gene pool now and again, but there are lots of bun raisers out there, it's not so hard to find someone to swap with. If you want to pasture them, there's more work involved in setting up, you either have to invest in a way to keep them in an area or keep them out of your garden (assuming you have one), but then they pretty much feed and raise themselves. Personally I wouldn't bother with wild ones at all unless you're worried about introducing an invasive species. Just get a non-white color and the domestic buns will probably adapt fine to being outside. They haven't completely had survivability bred out of them, but they grow much bigger and faster then the wild buns.
show more
7 years ago
rabbits

Small animals for small farm plowing...
The trouble with using your milk cow for plowing is, even my fat little Dexter drops weight pretty dramatically if I'm milking her. She drops less if she only has to feed her calf, but still, putting her to work in the field would be asking a lot, and there can't be much power in a skinny Jersey butt. If you have that small of an acreage that you're worried about feeding something big enough to work, I'd try pigs or chickens or just mulching and not tilling first. Not saying that you couldn't make it work by factoring in planting times to your calving schedule, adapting the work load somehow for their reduced capacity, whatever, but it would be complicated. And slow.
show more
7 years ago
small farm