Jeanine's permaculture projects
Jeanine, you're already harvesting garlic? Wow. I live in Nova Scotia and we have a great climate for garlic, but it doesn't become ready until the end of July or thereabouts.

I was just reading that elephant garlic is not really garlic at all. It's a variant of leek. I didn't know that.
show more
9 years ago
projects

Keep Deer Out Of A Garden?
Kota, that's crazy. Around here when one hunter gets mad at another hunter, he sprinkles wolf urine around his deer stand and deer are not seen in that area again for quite a long time.

Although I should say that we do have a dog who roams freely around the property. The deer don't seem to give two figs for her.

Anyway I just wanted to put in a plug for the Plantskydd again (and no, I don't work for them, nor do I sell it.) I had some unknown plants growing near my tomatoes, tall and succulent. I had decided to just leave them, because I thought they were interesting and they weren't hurting anything. A deer ate them last night, but completely avoided the numerous tomato plants that were growing less than two feet away. I had sprayed them with Plantskydd a few weeks earlier. It works, it takes two seconds to apply, and that's all you have to do. You guys can do what works for you, but I will never bother with anything else.

show more
9 years ago
nibblers
mini hugel beds..
I have one hugul bed about fifteen feet long, maybe 2.5 feet high or so, with pretty steep sides. I was wondering about the angle too when I first put it in. What I did for the first planting was to sprinkle some daikon and clover seeds on the top ridge and let those that wanted to stay there, stay there, and the others kind of roll down the slope and stop where they would. This seemed to work out okay. I will try to take a picture tomorrow and post it here. In fact, I was going to do that anyway because so far I am thrilled with how this bed has worked out. The daikons growing there are twice as tall as they are in other non-hugul parts of my garden, even though they spend a good part of the day in shade. This jibes with what Sepp pointed out about one of his neighbors, who planted hugulkultur beds on her property and has done very very well with them, even though her entire acreage is north-facing and north-sloped.

The soil itself seemed to stay put as long as I didn't mess around with it. We've had several heavy rains since I put it in last year and it hasn't eroded. I can't really explain why not. Obviously now that I have some plants established they are doing a great deal to help deflect and absorb rainfall.

I find this whole thing fascinating, and I wish I had known about it ten years ago when I started my gardens, because I would have done the whole thing completely differently.
show more
9 years ago
permaculture
Key Hole Huglekultur with a Cold Trap and Herb Spiral Center ;-)
Love it, man. Pics like this make me really happy.

soil building with daikon radish
I could not find seeds in my area, so I ordered some online from a company that markets them as grow-your-own sprouts. I planted a whole whackload of them and still had a whackload left over, so I sprouted them in a jar in my kitchen and after three days they were ready to eat. Wow, were they good.
show more
10 years ago
plants

Tamera and their Water Retention Landscape
I'm not able to see these pictures! Is it just me?
show more
10 years ago
permaculture

millionaire amish farmer
I have been curious lately as to what kind of seed Amish farmers use. This seems like a good thread to ask this question. Do they save their seed from year to year, or do they buy it commercially? Do they favor heirloom seeds? I wonder what their rules are regarding GMO crops.
show more
10 years ago
farm income 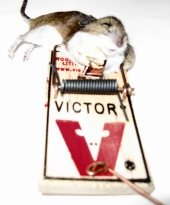 Will the scent of human urine keep deer away?
I've got some great repellent made of deer blood that works very well, actually. But it gets pricey and I wondered if I could get by without it.
show more
10 years ago
nibblers

Will the scent of human urine keep deer away?
I have decided to try putting a little urine in a watering can to give a nitrogen boost to my plants. Deer are a big problem around here, and this is the first year I've used urine as a fertilizer. Just wondering--will it keep deer away, given that I am watering the roots and not the leaves? Will I still need to take other precautions, or is the scent likely to last for a while?
show more
10 years ago
nibblers
Sepp Holzer seed mix
Roxanne, your sunflower idea is so brilliant I bought a big bag of seeds today. I was just telling my wife this morning that I really wanted to plant some sunflowers in greater numbers this year. It never occurred to me that the seeds in those massive bags would actually germinate.
show more
10 years ago
plants