the many flavors of science
I am not saying that it's wrong for your site, I'm saying that it doesn't fit with the broader reality.

Science is not adversarial, thought the practice of it does involve some harsh scrutiny. I am not advocating for adversarial relationships, when you let go of positions and do not make them personal then someone pointing to a flaw in your position is not an act of an adversarial nature, it's an act of working together, which is why I'm here, to work together to explore the topic of sustainable agriculture. I bring a lot of information not just about what science has found, but also about the way that science is done, the way that we should do science, and the ways that we fool ourselves. This information is valuable, and according to my email and PM box it is valued, though the public reception in the open feels kinda like that scene from Blazing saddles at times.
show more
11 years ago
tinkering with this site

the many flavors of science

paul wheaton wrote:
As for the tone of science on this site.   For every moment I see of what I think of as "good science", I have seen two where science was used as an inappropriate weapon.  And I have probably only deleted about half of it.

Frankly, maybe the site could use a healthy dose of woo woo to help set a better pace and I should ban more of the science-as-weapon folks.

I am assuming that I am the biggest offender of "science as a weapon" so I'm guessing that my words aren't going to count for much here, but I think that you are viewing it wrong. Science is a tool, just like math is a tool (you like math don't you?). If Bob the poster makes an empirically testable claim part of his identity, say that chickens will die with out soy in their diet, and Alan the poster comes along with an anecdote that shows that chickens can survive with out soy (and this is the sort of question that can be answered pretty conclusively with an anecdote) or Steve the poster brings a science study of chickens on various diets either way Bob is going to feel like he has been attacked. It's not what Steve or Alan have done, it's the fact that Bob invested too heavily in something he shouldn't have.

If you reject science, you hand over the public perception of the truth not to the people who are yielding to reality, but to the people who make open honest discussion most difficult. A good conversation should be about finding what is right, not who is right, if everyone has an open mind then no one gets in trouble for bringing evidence to bare on the situation.
show more
11 years ago
tinkering with this site

paul wheaton wrote:
One person's kooky is another person's gold.

My gold is testing things and removing those things that do not work, my gold is not what other people consider gold.

What makes you think that Brian gets less rain?

the belingham area got rain in the summer of 2010, or at least some parts of it did, if he didn't then that is a factor that is different.

I have now read your analysis of Brain's stuff.  I have gobs to say.  More than I care to convey in a post.  The quick summary is:  I'm 100% with Brian on this one.

Well that was an off the cuff idea, there isn't enough data for me to do an analysis, and with what you have presented I don't see any evidence that he has done an analysis beyond "I sprayed the spray and after that I got no mildew. No mildew happened after I sprayed... after this there for because of this.... Post hoc ergo propter hoc." That suggests very strongly that some connection is there, but it does not establish it.

There could be a million other things going on that would confound the data. There is observational bias, which all humans have, there could be a difference in the night time temps he experiences, or the daytime temps, or the humidity could spike or plummet based on some fact about his specific geography and microclimate. He could have a fungus in his soil that sustains a colony of mites that eat the spores from the powdery mildew and leaves him with clean leaves. I just don't want to accept that that is the cause until someone can be seen to have done something, even the most basic of experiments, that would be able to separate out if it is the spray or something else.

It's not that Steiner had kooky ideas that upsets me, Newton was an alchemist and I'm not against gravity because of it, it's the fact that he immunized his philosophy against testing, when you do that you also immunize your self against progress.
show more
11 years ago
biodynamic
French Study on Feeding 9 Billion People
I can't seem to find the study itself... was it actually a study or a report?
show more
11 years ago
permaculture

Biodynamic vs permaculture?
According to Steiner you already have that ability. According to steiner you have the ability to intuit the absolute truth about the world around you independently of any sort of observation or experimentation.
show more
11 years ago
biodynamic

The canon of biodynamic has some wonderful common sense practices involved, and some kooky stuff, my primary objection is the metaphysics of biodynamics which expressly forbid weeding the kooky bits from the good bits.

The fact that he says that it's the biodynamic mix doesn't mean that it is, I'd like to know what Brian did to determine that the biodynamic mix is what freed him from powdery mildew. As I understand it he doesn't get as much rain as other people in the area, which means less water in the air, which means less powdery mildew, if he has some other factor taking out his mildew problem then the mixture might be just time and effort he didn't need to put it. In a scientific scheme of gardening we could test and check and see if the spray really is responsible. In the Biodynamic way of gardening you are supposed to know through supernatural means and you are not allowed to question.

the many flavors of science
Based on what I have written elsewhere you can guess how I feel about it, and I'll leave it at that for now in the interest of diplomacy.
show more
11 years ago
tinkering with this site

Biodynamic vs permaculture?
I could explain that to you (It is known to science) but I am not sure it would be a productive use of time, you can research it your self. The point is that we can use science to study things like DNA replication and UV light very readily because they are part of the natural world, where as something like the spirits or astrology doesn't seem to follow natural laws and as a result those would be supernatural. Since there can be no repeated controlled observation of the supernatural science cannot examine it.

Science is not my hobby; it is my profession.
show more
11 years ago
biodynamic 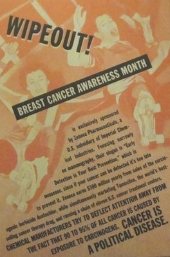 reports of beating cancer in a week
Lots of people who aren't elderly have always gotten cancer. I had to great great great grand uncles (un related to each other) who died from cancer back in the late 1800's at the ages of 10 and 12. Has anyone bothered to look up the disease prevalence figures?
show more
11 years ago
food as medicine
heavy metal detox
Yes, Mercury is demethylated by the liver and kicked out the bile duct, then remethylated by gut flora and reabsorbed through the large intestine. Methyl and inorganic mercury it not easy to get rid of. Only ethyl-mercury is cleared through the kidneys, and it is cleared pretty rapidly.
show more
11 years ago
medicinal herbs