Merit Badge profile
Worked as an electronic tech in the Navy which led to computers and networking. I'm about to fully retire and make a go at a homestead while the wife still works from home. 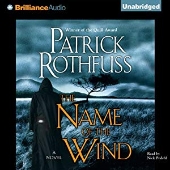 What Are You All Reading?
One Second After by William R. Forstchen

It's the tale of the journey of a NC town after an EMP takes out all electronics. Very scary stuff and a must read!!
show more
26 minutes ago
meaningless drivel
the first 100 Otises
Not sure at all how the laws are outside the US.
show more
4 hours ago
skills to inherit property
the first 100 Otises
Probably the easiest thing to do which would be the hardest to contest legally would be to put the entire estate in a trust.
Then, the estate can be turned over to a designated trustee(s). Any real property, equipment, implements and just about anything else can be added or removed from the trust by the trustee(s). The successor(s) are designated and the estate moves from generation to generation and it's very difficult to break a trust legally. You gotta have a damn good reason.
If you go the will route there will be probate court to deal with after the fact and that'll cost some skin. There could be challenges in court by other heirs. It gets nasty.
With a trust, the legal fees are paid up front. The estate can be turned over before the fact. "Because I want it" wouldn't hold up as a justification to break the trust. I guess the courts figure the new trustee(s) is(are) designated before the fact and any challenges should be heard then.
With a trust conditions can be made such as...no mortgage can made on the real property, or none of the real property in the trust can be sold.
Now, having said all that I'm sure there are details I omitted or just plain screwed up, but this is pretty much how I understand it.
Please, do your own research because these rules vary from state to state. I'm neither a lawyer nor a financial advisor and have no standing for giving advice. Additionally, I do not have a trust for my estate yet, but it's on the list. Buyer beware!
show more
7 hours ago
skills to inherit property
Small engine repair

The carburetor is a'carbing...
The crankshaft is a'cranking...
And the pistons, well they're working, too!😁
show more
14 hours ago
gear 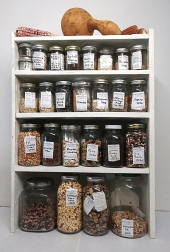 Where to start with seed saving?
The medical marijuana stores here sell their product in small aluminum bowls with lids. They're perfect for storing seeds. I Sharpee the name, planting depth...on the outside so I have all the info at my fingertips.
I have one of those burial vault models. It's about 2 feet long, a foot deep and a foot wide. It's made of concrete and is heavy. Like the real thing, it has a heavy lid.They were built as display models for funeral homes. That is going to be my seed storage vault. Those bowls will stack in there just fine. I could even put a DIY inner tube rubber seal under the lid.
The vault will be kept in my shop, in the corner, in the dark! Ain't no seed eating critter gonna git in there!
show more
15 hours ago
seeds and breeding 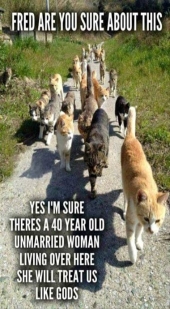 Crazy Things that Cat Lovers Do

Anne Miller wrote:I know alcohol works but I don't think you will want to try that.

Crazy Things that Cat Lovers Do
I'm not a cat person. Just never got attached. We did have a house cat that lived for 18 years, but she liked me a heck of a lot more than I liked her. Recently, a couple of cats have adopted me. They have determined I'm the one who will feed and care for them. I finally got the bigger cat to come get his ears scratched, now I can't get he bugger off me. I leave a little milk from my cereal for him. It's taken days to get him to understand I come first. After me, he's first.
So, this morning I put his milk down for him and as he's lapping it up I spy a dark spot on his bung hole. On closer investigation I discover it's a tick. One of those big bastards with the white spot on it's back. Isn't that called the Lone Star tick or something like that?
Being the empath I am, it bothers me to see a tick on a critter, especially where it had attached itself. I couldn't imagine trying to pull a tick from there with naught but my teeth, so I needed to get it off him.
I got my hemostats from my tackle box, started giving him a good scratch and readied my tool. Cats don't stand still for scratching. They move and twist trying to get more scratching done. The hemostats hovered over the tick for a second and I went in for the grab. Apparently I got a little bit too deep and musta found cat meat. He screamed and took off running. He stopped occasionally to swat at the hemostats but that hurt him and he took off again.
He came back a while ago. The hemostats are gone, but the tick is still there. He eyed me pretty hard, I guess, wondering if I had done that to him. I won't fess up, either! I think I'll let the tick fill up a bit more to get a better grip on him and I'll have help!!! I might only get one more shot at this!!!
show more
21 hours ago
meaningless drivel

Where to start with seed saving?

Lauren Ritz wrote:The "miles for pollination," in my opinion, is another myth made up by those selling seeds.

I've had my doubts about those miles myself. I haven't done any research into it, but 2 miles to maintain species integrity? I just have my doubts...
show more
1 day ago
seeds and breeding
Small engine repair
I've always been a hands on kinda learner. Gimme some tools, a repair manual and let me go at it. That being said, there's a huge advantage to having an expert who will help you with a raise of your hand.
All gas internal combustion engines work basically the same, even the ones that have computers hooked up to monitor and adjust settings. Once you have that basic premise loaded into your main brain housing unit working on small or large engines is a breeze.
As far as answering your question, there are pros and cons to a professor/professional led course as there are pros and cons to my method of just do it. So I have to ask you, what kind of learner are you? Hands on, book smart or a combination of both?
show more
1 day ago
gear

jokes
An elderly gentleman had been admitted to an old folks home and he was none too pleased about it, but determined to make the best of things and keep in good humor.
When presented with those special frilly, paper panties by the cute nurse he gave her a sly smile.
"There's only two reasons I'll wear a diaper", he exclaimed. "Number one.....and number two!"
show more
1 day ago
meaningless drivel