Aug 2021 PDC for Military Veterans in Western Washington
Sounds amazing....maybe in the future ( if they have it in later years when we could make it). Will definitely pass the info along to someone else I know here who’s retiring soon and is planning on getting into land stewarding.

Mentioned it to husband and his response was “a bunch of veterans ‘bonding’? Won’t the salt ruin the soil?” 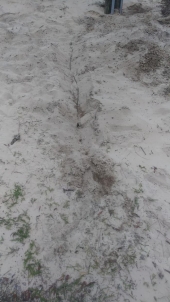 What are you using for fert
If you’re worried about nitrogen deficiency, you might try this and get a badge bit in the process. :)

Know of any uses for Pine and Spruce Bark?
You got me curious, so I poked around a bit online and found some neat things. :)

Next, a spruce bark canoe! This would suggest to me that if it can be used in lieu of birch for that, it might also work for the roof idea.

Apparently it’s also used for tanning? I think I found a new someday-project.... 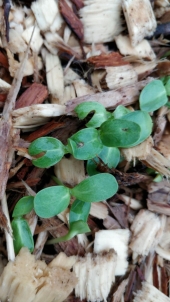 Strange sturdy/thick weed growing through/from woodchips?
What a fun mystery! Those look very much like the sunflower microgreens I grow, which also have super sturdy stems. Any chance this pot was near a bird feeder at some point?
show more
3 months ago
plants
Grain seed
It’s a special strain raised by Sepp Holzer over years and years. :) This thread has lots of good info on it: 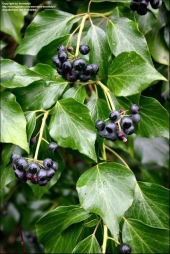 Unknown bush
Looks like a mature English ivy plant to me. The leaves tend to lose the iconic lobe shape once the plant hits fruiting age (~10 years)

show more
3 months ago
berries
why line clothing? why did we stop?

Mk Neal wrote:I recently read a book about nineteenth century Japan that focused a lot on clothing.  The robes then were designed to be actually taken apart at the seem for washing, then sewn together again. (clearly people were not washing their clothes between each wear.) I expect with a lined robed you could have a lingin of a fabric which could take harsher wash conditions that the more showy outer layer. Or maybe the other way around?

The idea of deconstructing certain garments for cleaning or for salvage to turn into new garments makes sense when the cloth itself is more precious than the work of sewing it. I wonder if it also helped the seam strength (and thus stress on the fabric) to have it refreshed regularly too.

Planned deconstruction is one of the theories behind the very rectangle/triangle patterning in early European clothing, especially work clothes like tunics - along with less lost to waste in initial construction, you have nice large panels you can mix and match.

I always think of the scene in Louisa May Alcott’s An Old-Fashioned Girl, a favorite novel growing up, where the main character helps her once-rich but not-so-rich-now friend who is freaking out about the upcoming social season by deconstructing and reworking one of her silk gowns into a trendy style because the fabric still had “plenty of life” in it.
show more
3 months ago
sewing


Sooo for me, I was in at $65 (the Permaculture Voices series was what made me up to that, I think) and for the extra money the $100 level was enticing with the other book/cards swap, but the thing that made me take the plunge was the Bootcamp fee. It’s $100 by itself, and even though I’m currently halfway around the world and have no idea when I can feasibly make it out there, I know I’d like to, eventually. Seems like anyone who is even toying with the idea of a bootcamp stint would be better off getting all the awesome Kickstarter stuff along with their fee - and if you’re already at $65 and don’t care about the other $100 perks, upping to $100 just for the bootcamp fee is still a 65% discount!
show more
3 months ago
crowdfunding