Nutrient cycling in biomass gassification
I’m new to this stuff, but one of the things I was hearing about the digester/reactor method is that the sludge left over retains pretty much all of the nutrients and could be used as fertilizer. What happens to the nutrients or minerals in the gasification process. I assume nitrogen might be escaping but idk. Probably someone more knowledgeable than me out there.
show more
1 month ago
biogas 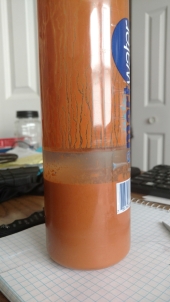 Cob Building in the Ozarks
I don’t think ste Genevieve counts as the ozarks, but they used the French wattle and daub technique called bousillage (hope that spelling is correct) during the colonial period and those buildings are still standing to this day. It is very humid there and they also receive some heavy rains each year as well they are along a river. The temperatures throughout the year are pretty much Identical to the ozarks. The ste Genevieve homes use wide verandas around the whole house to prevent heat gain on the walls of the house and keep the bousillage walls from getting wet. The houses also have tall(ish) attics to allow heat to rise up away from living spaces. If you are building in the Missouri area I would as general advice suggest building in either Georgian Colonial Style or the ste Genevieve or creole cottage style, they are not only time tested but harken back to a time when people had to make do without modern day industrialized construction materials.
show more
3 months ago
cob
Mold in Cob
I was eight when this was posted, sorry it took me a bit

I don’t know if this is still relevant to the OP but for those who may end up reading this thread, I’m not going to discredit any of the proposed solutions, however, assuming I didn’t miss anything, I think something critical in the original post has been completely ignored.

Wood stoves heat a home via convection, which heats the air and moves it throughout the room. When the warm air hits a cold surface, like cob or stone in the winter, the water in the warm air condenses against that surface. The problem I’m seeing here is the way that wood stoves heat rooms, unless the surfaces of the house are insulated from the drastic heat difference outside the house, you will always have water condensing on said surfaces.

I’m proposing that this problem could be mostly or partly caused by the use of a convective heat source instead of a radiant heat source (like a rocket mass heater which anyone who has spent any time on this site would have some idea about). I would suggest finding some way to heat the cabin (or whatever space the inquiring viewer wants to heat) using some sort of radiant heat source in contrast to convection.
show more
3 months ago
cob
rabbit fur uses and processing
Another, possibly odd or not very applicable use for your hides, if you are still checking this thread, is to take the hides and process them down into hide glue. I don't know too much on the process, but SkillCult on YouTube has one or two videos about it. While looking at the hide glue wikipedia page, I happened upon a very very very short mention of rabbit hide glue saying: "Rabbit-skin glue is more flexible when dry than typical hide glues. It is used in the sizing or priming of oil painters' canvases. It also is used in bookbinding and as the adhesive component of some recipes for gesso and compo."
This is pretty interesting to me, especially the bookbinding part and the gesso (Orthodox Christian Icons are traditionally prepared on wooden boards prepared with Gesso). This might not be of much use to you but there might be a market for bookbinders that want this product. Who knows, your effort might start a bookbindng page on permies which ould be awesome.

show more
9 months ago
rabbits
Black Soldier Fly Concern (of sorts)
What should somebody do with humanure that gets black soldier fly larvae into. I’ve read on other posts that this could cause a pathogenic problem if you feed it to livestock. However, I think that this problem could potentially be worse if mishandled. If you don’t kill the larvae or something else they could become flies and spread the pathogens to other locations as well. This concerns me and is the number one thing I would be worried about with adding black soldier flies into any system. Any suggestions.
show more
1 year ago
bugs
Guinea pigs
Didn’t know where to put this so I thought rabbits were close enough.

Does anybody have resources or experience they are willing to share with raising guinea pigs for meat.
show more
1 year ago
rabbits
Soldier fly chicken feed question
Green shortz DIY, living food webs, and “nature’s always right” are YouTube channels that have some pretty extensive information on black soldier flies. As well, the site”Galveston county master gardeners” has a page on black soldier flies with plenty of info. The general feeling I’ve been getting from my black soldier fly research is that they do not generate problems. When they turn into flies they don’t have mouths so they don’t land or lay eggs on food. The worst problem I’ve seen is that there is a slight pathogen problem in the larval stage but they don’t travel too far and all you need to do if you touch them is wash your hands. As well you can control the population by only letting a certain number reach fly stage (you do this by placing them in the ground away from the compost). Just don’t let the larvae reach soil until your feeding them to water you are feeding them to to limit those that continue to the next stage. But permaculture is all about sustainable cycles so do keep them breeding.

Though, I’m also still in high school and haven’t done any gardening outside of pepper plants so take what I say with a grain of salt.
show more
1 year ago
chickens

Pigs and No till

Eliot Mason wrote:Might we connect this to something less abstract?

No. A lot of what I think about is in the abstract/theoretical realm as I’m still in high school. What prompted me to ask this was a lot of no till sources seemed to make anything that disturbs soil more than a broad fork was quite destructive to the soil and being that pigs have the quite disruptive tendency to root around, I was curious how pigs would fit in to the environment as most things seem to have a clearly defined job within their ecosystems.
show more
1 year ago
pigs
Types of insect “cultures”
Im aware of “cultures” like sericulture, apiculture, vermiculite and whatever is going on with soldier flies and maggots, but I’m curious about other, if any, permaculture or agricultural(?) insect breeding systems that involve other things. Does anybody know of any other systems like these.
show more
1 year ago
bugs
Nutrient cycle on the global scale
https://www.sciencedirect.com/science/article/pii/S0960982215015547

This article says that certain species did but extinction and modern ag has caused this cycle to be greatly reduced.

Didn’t know about the sucking egg quote though.
show more
1 year ago
soil