Let's talk about "Barnyard Mix" chickens!
I haven't been at this long enough to have any interesting results to share, but I plan on hatching my own eggs going forward maybe adding a new breed here or there. The first two years I bought chicks in an assortment of pure breeds, usually larger birds to withstand cold winters and make a decent meal. I don't have the time right now to do careful selective breeding so I just pick eggs I like and let a broody hatch them. Last year my "breeding project" was to create some olive eggers, and I was pretty excited about that. I currently love the rainbow of egg colours I have. All my mixes have been brown (and a couple grey) feathering, and I think they're pretty.

(If you're curious, the breeds I have currently are: Speckled Sussex, Silver Laced Wyandotte, Buff Brahma, Barnvelder, Welsummer, Easter Egger, Delaware, Buff Chantceler. Roos are a Barnvelder and Oliver Egger. And the mixes are Barnvelder x Sussex and Easter Eggers)

Where I am, colouration for camouflage changes on the time of year. White chickens are great in winter, the buff colours blend into the dry spring grass, etc.
show more
9 months ago
chickens
Between 300-600 chickens without quota?
Hey Ashley, in Ontario the non-meat bird limit is 100! So better if they're registered as broilers anyway :P
show more
10 months ago
ontario
Becoming an ethical omnivore
I also strive to be an ethical omnivore and am comfortable with my decisions and reasoning.

I don't expect everyone to share my view, nor do I think there is one correct way to feed yourself. I think that the human race has a relationship with food that simply does not mirror that of the other animals on our planet, for better and worse. Populations all over the world have developed different food cultures over the millennia primarily stemming from geographic realities, but also from the complex social and political way we organize ourselves.

I take some issue with vegans who conflate their moral standing with a wider ethical one. In north america when I see wealthy white individuals taking a hard stance against animal consumption, it reminds of a very collonial mindset, as First Nations and Inuit have traditionally had meat-based and omnivore diets. Obviously, I personally see a glaring difference between traditional hunting and factory farms.  When I think about my food choices it goes beyond a black and white, killing=bad, and instead look at the many other factors of sustainable growth, social and community impacts, environmental degradation, economics, and the innumerable links and additional factors among those. This billboard was making the rounds several years ago and I think it tries to address some of Floras points from a vegan or vegetarian perspective: 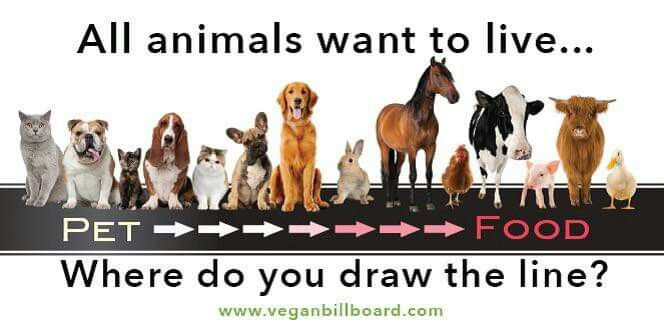 My argument is that as a society and individual, you draw the line the same way you draw the line for other equally ethically challenging questions. For some people that line may be no animals, for others it may be some of those. It's ok to pick and choose. You do it with people. No one is friends with everyone; you have a family you may treat differently then your friends, verses your very good friends, vs coworkers, vs a stranger on the street, etc. This isn't good or bad, it's just how we all navigate through life. Absolutely it's possible to take a shining to a pig that you were raising for slaughter, and either choose to keep it alive on the farm for companionship, or continue with the planned butchering. There will likely be a mix of emotions regardless of your decision, and you will come to it by reflecting on the implications that matter to you. I have spent time saving birds that we will eventually kill. I think that most farmers on small farms have done this with their animals, because having a relationship with your food, whether it is plant or animal leads to a feeling of being more connected to the life sustaining world around you.

I am not saying I think that anything goes. I have my own moral lines and I'd say they align pretty well with the larger socially acceptable norms around me. I'm boring that way.

I think that no matter what your eating preference is, if people are able think more deeply about those choices and be open to change we are all better off. I like to assume that most people want to be kind, and thoughtful, and live in a way that is less damaging to others. Being an ethical eater is not simple or straightforward but I believe it's worth striving for.

show more
10 months ago
ethics and philosophy
Between 300-600 chickens without quota?
You're permitted to raise the chickens in different batches; they keep track of your numbers by how many chicks you buy.

If you're hatching your own you need to self-report. There's more steps involved if you're in the Artisinal program.


(I did a lot of research before I got my chickens! I only have a small flock now, but I have the room to expand if I wanted)


The big grey area for me was where dual purpose chickens fit in (i.e. a heritage slow growing breed raised for meat). But I think if you have a hen up to egg laying age, then it's considered an egg layer. Which I suppose makes sense, since we like to butcher our extra roos by that time anyway.
show more
10 months ago
ontario

Spring Time Tapping
I just wanted to add that we tapped the trees yesterday!

I only have 8 trees, but I was out after sundown tonight, collecting sap and got almost 40L.

It's a lot of walking, the system isn't particularly efficient, but I love it anyway. Making your own sugar (liquid or otherwise) is great :).
Hopefully our little homemade evaporator still works well this season.
Here's an old photo: 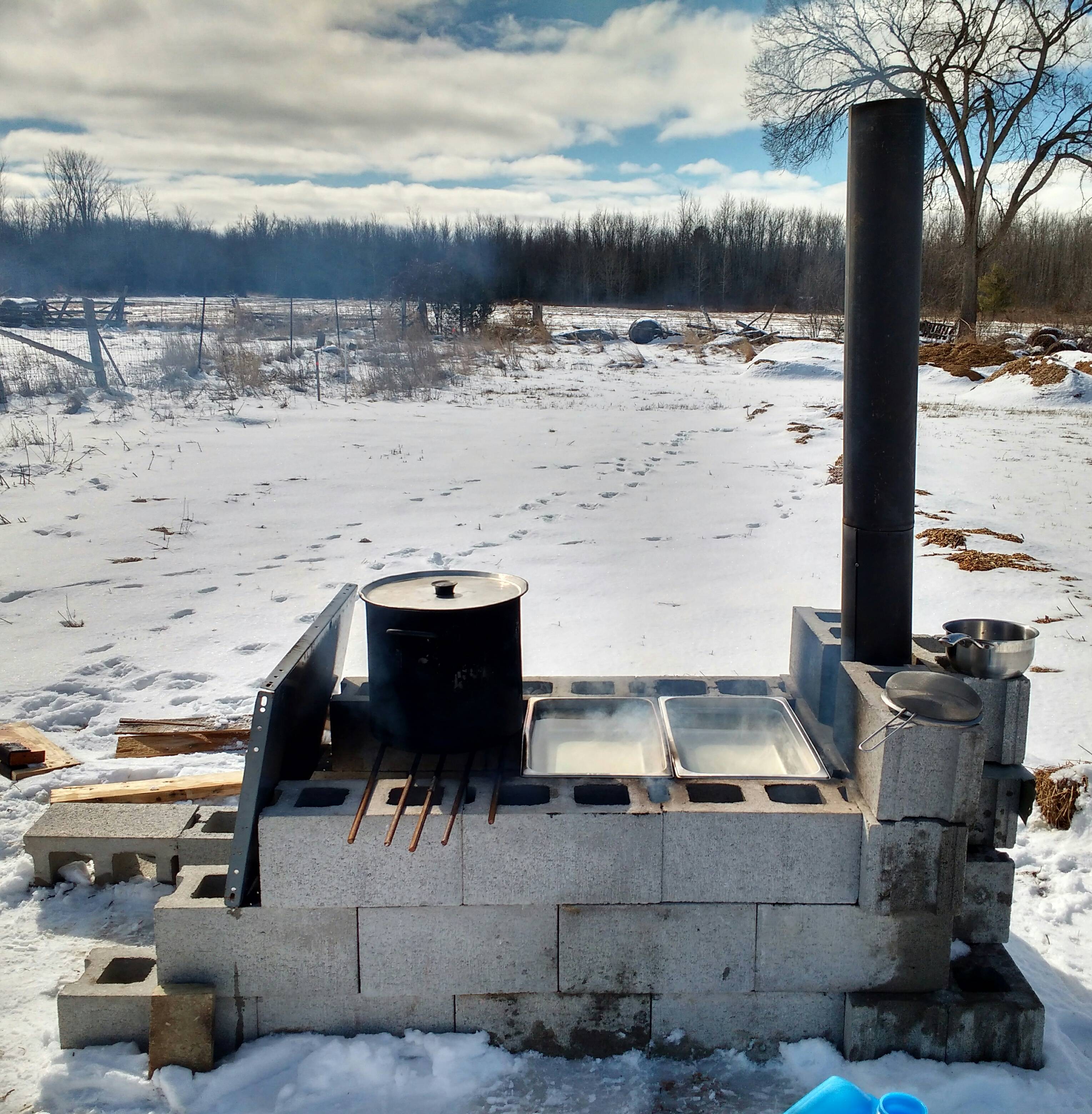 We completely buggered up our first attempt at apple trees (clay soil). Hoping to do better at a second attempt sometime.

And there's other articles out there as well. Cheers.
show more
10 months ago
trees 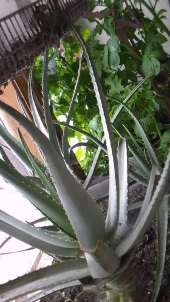 Indoor Plants for Old Cold Farmhouse
I'm excited :). I'm going to carry a list of plant names so I can snag something if I see it!


Rebecca, that reminds me about years ago when I was in uni, I had a pepper plant in a pot and it got left in our sun porch. Figured it was dead, but noticed leaves sprouting in February lol. Brought it inside and it flowered, I pollinated it myself and it grew some peppers...though I don't remember if they got big enough to eat.

show more
10 months ago
gardening for beginners
Between 300-600 chickens without quota?
Hey Mikey,

Don't take what I'm about to say as gospel, since I have not gone through the program myself and I could be wrong.


Before the Artisinal Chicken program, that "no mans land" was 300-quota (~90,000 chickens?). Maybe some farmers had less then that but probably not given the fortune you need to have quota. Essentially, your operations need to accommodate the minimum output, regardless of how many birds you put through.
The reason for the 300-600 gap is to make a clear regulatory distinction as to what program you belong. Having too many chickens will result in a fine (and possibly other penalties), I don't know if there are consequences for having too few...but if you have between 300-600 you would have to be registered under the Artisinal program and all that entails.


I'm guessing you're not ready for more then 300 meaties any time soon? The regs could even change by the time you are; just make sure you follow everything to the letter. Those chicken and egg boards are not to be messed with :( (unfortunately).
show more
10 months ago
ontario