Merit Badge info
My current fever dream is to make an earthbag dome house somewhere in North Carolina which meets code (or gets an occupancy permit somehow.) I love to exert myself building things under the sun then relax later in the home I've created.
Durham, NC
Apples and Likes
Apples
Total received
134
In last 30 days
76
Total given
57
Likes
Total received
492
Received in last 30 days
247
Total given
195
Given in last 30 days
104
Forums and Threads
Scavenger Hunt

Best place in the US to start a homestead

John F Dean wrote:I did like western North Caroina, western Virginia, and neighboring states until I realized they got their annual rainfall in one weekend.

You're in luck, John! Now we get our annual rainfall every weekend!
show more
7 hours ago
homestead

Best place in the US to start a homestead
You might want to factor this into any homesteading location decisions.  It's based on a paper in PNAS, which is one of the top three general-science journals in the world.

show more
1 day ago
homestead
Insomniac--anyone else up at this hour?
As it happens I do have sleep problems.  For example, parasomnias. Not ghosts, but weird stuff. Like sometimes I don't have the GABA and glycine muscle inhibition that prevents me from acting out my nightmares.   That's real bad.

Did you know that the word nightmare comes from paralysis that sometimes comes when one wakes up? You can't move anything except your eyes.  Its terrifying.  People assumed that an invisible horse was sitting on them to keep them still.   Anyway, I've had that too.  And sleepwalking, sleeptalking, sleep driving.

But the worst is circadian rhythm disorder.  Left to my own natural schedule I'd go to bed around 6am and wake up around 3 in the afternoon.  That doesn't fit too well with modern society and has led to a whole host of problems.  Ive compromised and I go to sleep at 2am and wake up at 9am.

But im not here to talk about that.  Rather, to discuss bifurcated sleep.  In preindustrial times it was common to have tea and snacks around 1am.  Neighbors would light a candle to let others know it was ok to come over.  You'd stop by for a chat in your nightdress, have some tea and a chat, then amble on back home for the rest of your sleep.  This is also a brain chemistry thing called hypnagogic  state.  It is where your alpha and beta patterns are both active so you oscillate between wake and sleep states.  If you surge past hypnagogia into wakefulness, you go out for tea or read a book or something. Get out of bed.   Low lights. In a half hour or so your beta waves will assert themselves again and you can fall back asleep.  It's a thing.  Normal.   So hop out of bed and wait for the next sleep train.
show more
1 day ago
meaningless drivel

PEP BB animal.sand.pile - Make a Brush Pile
Hello, I have brushed a pile! 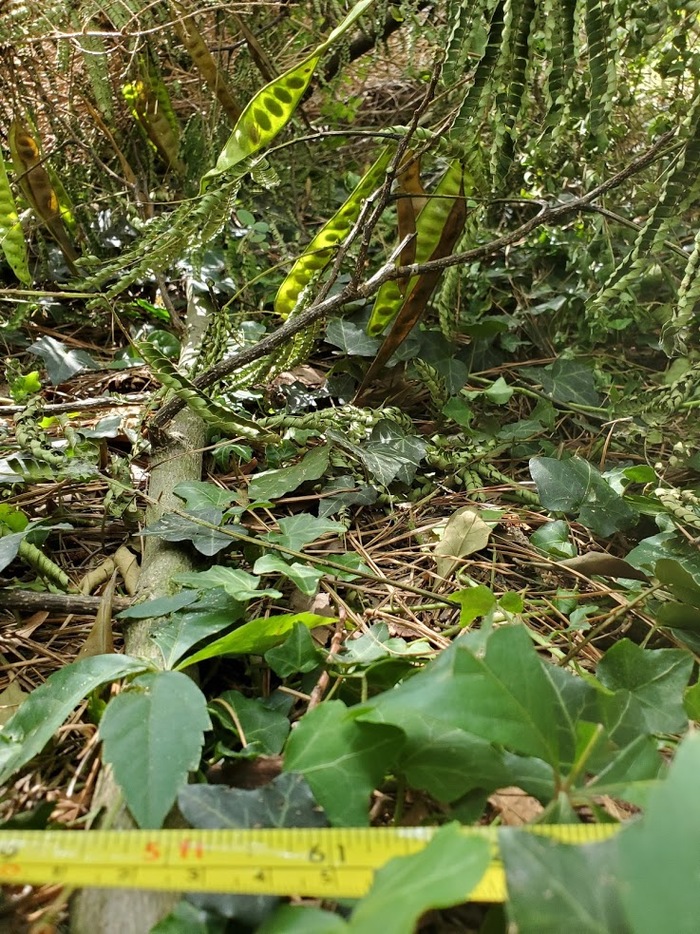 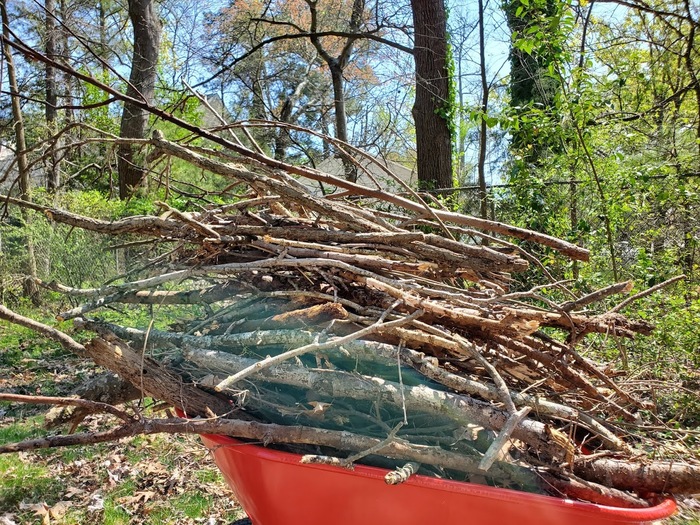 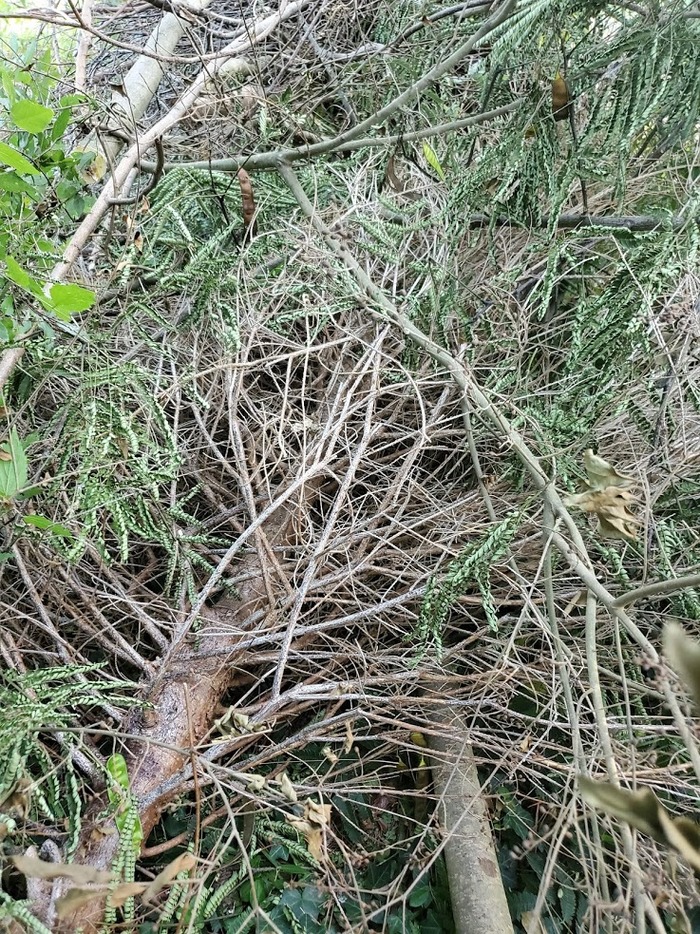 Hand for scale? Or me?  I'm 5'9" and it goes up past my shoulder. I also attempted the measuring tape. 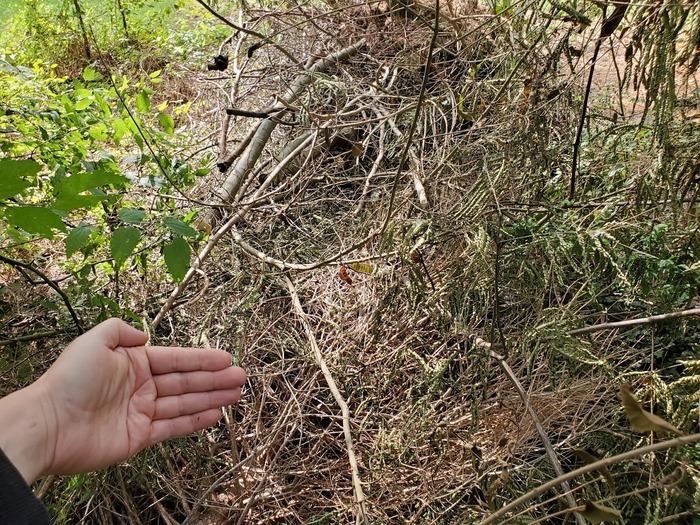 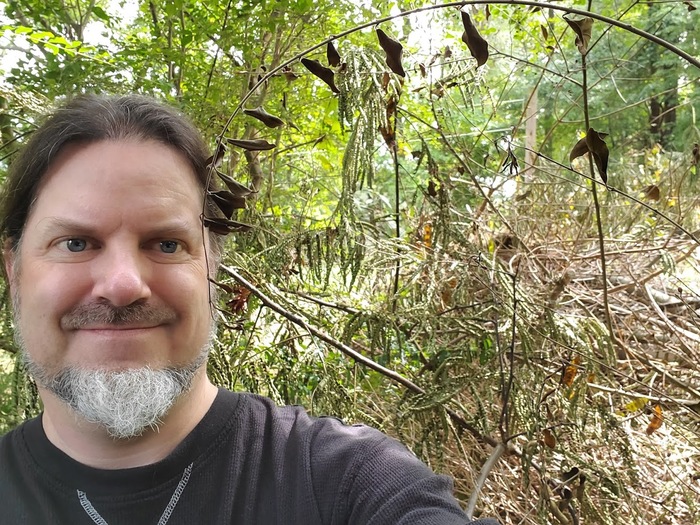 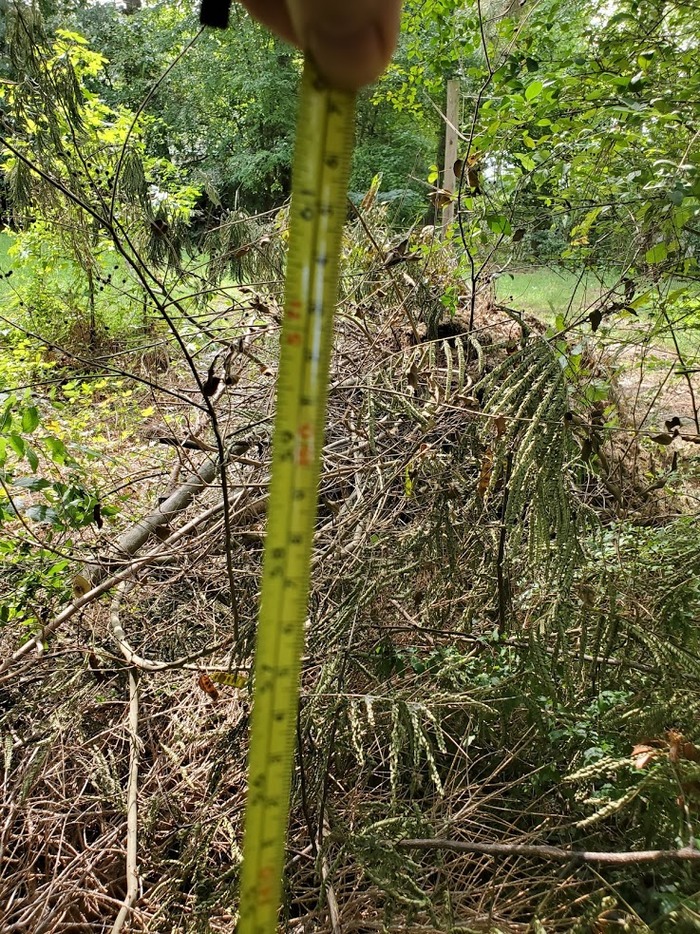 favourite sad songs
ABBA's "The Winner Takes it All" pretty regularly finds itself in the lists of top breakup/loss songs, and it's hard to argue.


In my opinion, "Number One Blind" by Veruca Salt is about being so paralyzed by depression that you can't tell if it's night or day, and don't even care about the answer:


MIKA's "Happy Ending" is despondency in a bottle.


But I am more interested in songs whose upbeat tempo belies the abject despair of the content. Take ABBA again.  "If it Wasn't for the Nights"  has one of the catchiest disco hooks ever. But every word of the song is about succumbing to despair and loneliness.

"Whispering Bells" by The Del-Vikings is plaintive and poppy but its one of the purest expressions of loss ever:
https://www.youtube.com/watch?v=oDrjIW91Qh0 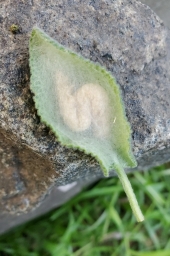 What is this squiggly cocooned inside my sage plant?

I am of 2 minds in the removal and disposal of such creatures. I don't

One of them fell off but there are others still nestled in the sage leaves.  I figure they already ate the plants.
show more
2 days ago
bugs

What is this squiggly cocooned inside my sage plant?
My sage plants have been chewed up bad.  No slugs as far as i know.  Yesterday I found a dozen of these among the leaves.  Any idea what they are?

Leigh Tate wrote:I included a link in a post using the URL button in the post editor, but it displays as code instead of the link. I tried it twice, with the same result. Here's a screenshot showing the post editor and the preview.

As far as I know, I filled in the URL dialog boxes correctly (i.e the same way I always have), so is this a glitch in the behind-the-scenes software? Or is there something else I could have done? I can't figure out how to fix it on my own.

(I removed the sentence from the post, since it wasn't essential anyway.)

Can you post a link to the forum post having the problem?  It is difficult to diagnose from a picture.  You can do that by right-clicking on the gold post-it icon next to the purple timestamp on the post and copying the link location.  You can post it as plain text is you want.  :)
show more
3 days ago
tinkering with this site 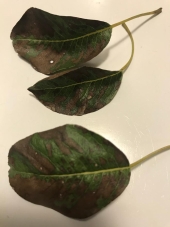 Help my Pear Trees please!
Lots of compost and lots of woodchips might help.
show more
3 days ago
fruit trees 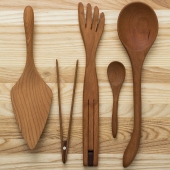 Oil Wooden Kitchen Utensils - PEP BB nest.sand.utensils
It was time for this.  Ordinarily I use a homemade blend of beeswax and mineral oil, But that is lost to the basement.  So it was coconut oil this time. 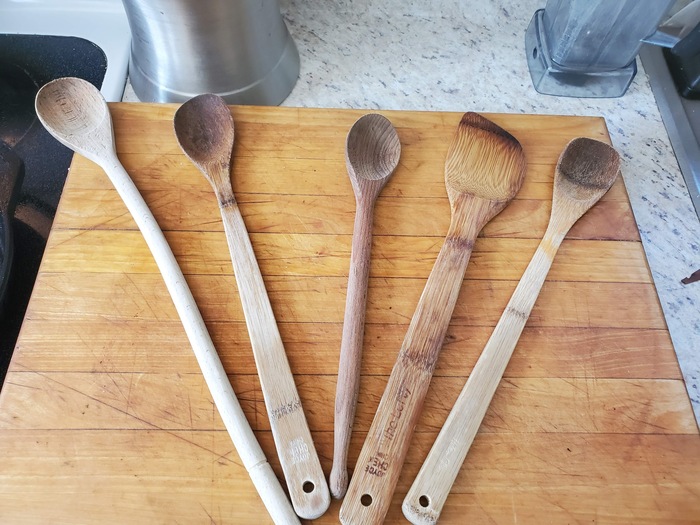 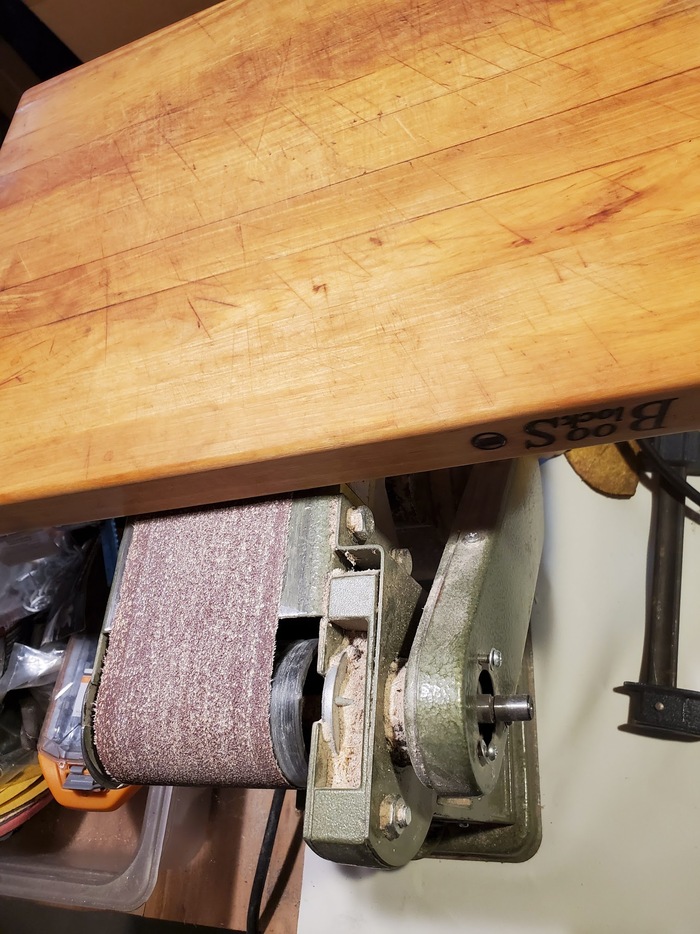 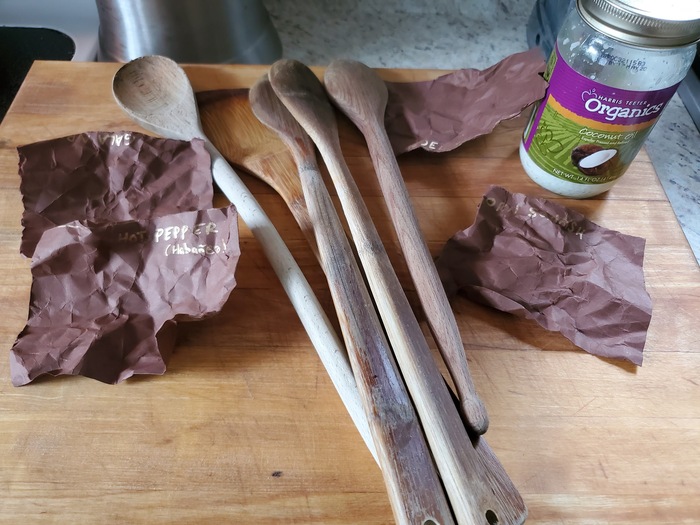 This looks like a lot of oil, but it's for all the stuff. 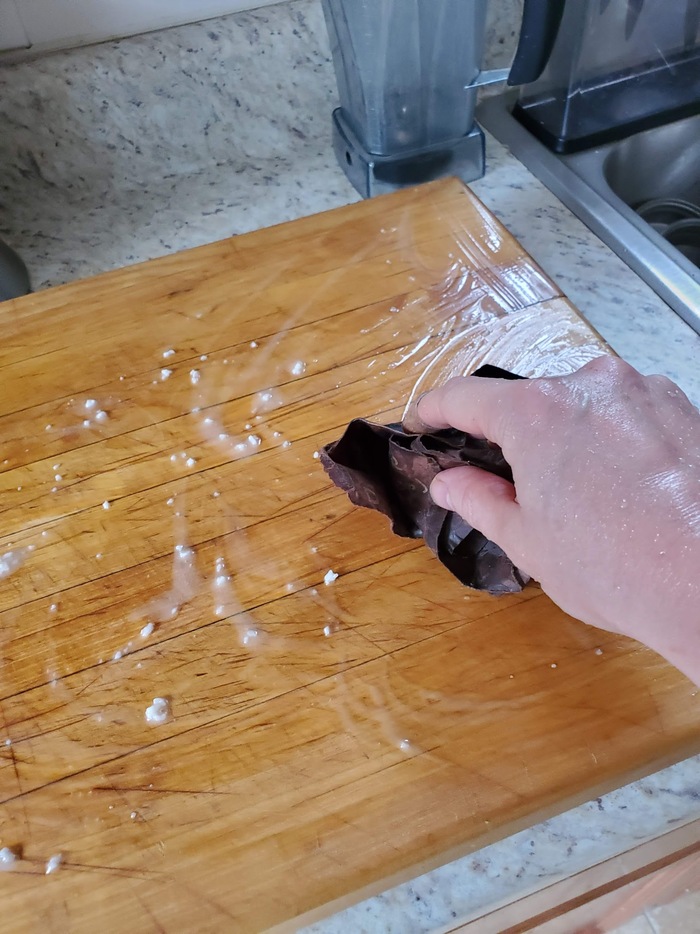 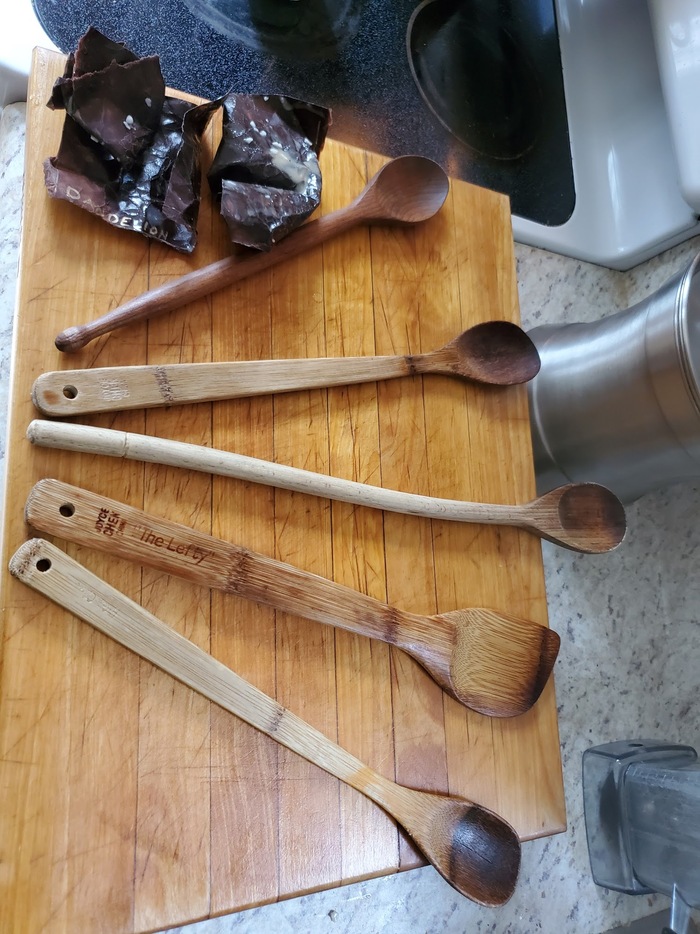