Nichole Rock wrote:
How did you attach them to the bottom/each other? My first thought is soldering.

Nope, I just place them on the bottom.  I found that a combo of wide mouth rings and a couple of regular size rings allow the entire bottom of the pot to be covered snugly but not so tight as to push them up anywhere.  I place the jars to be canned in such a way as to not have them stay nice and upright and not fall over sideways a bit into the center of the rings.

The tip on putting them together with some wire is brilliant!  May try that.  Just picked another 10 gallons of tomatoes yesterday so I'll be at this a while and want to make this as easy as possible.
show more
1 month ago
food preservation

what have you been crafting in the time of COVID

Phil Swindler wrote:I use the machine my mom got in 1949 as a high school graduation present.

I used to sew a lot.  I'm almost 6' tall and when I was younger there was literally no place for me to buy clothing that fit.  I learned on my mother's Singer machine that was about from the same time-frame as your mom's machine.  Had that machine forever but eventually it got to the point of being unrepairable.  Sad when it went, but surprisingly the modest price replacement I got about 15 years ago works fine.  Big 'however' is I no longer sew nearly as much as I used to.  And almost never make coats, jeans, and other really heavy hard to sew fabrics like I used to on the old Singer.
show more
1 month ago
sewing

I got a wonderful huge aluminum pot that looks commercial grade on Freecycle that I use for water-bath canning.  I wouldn't use aluminum for cooking but for processing the jars, it's no worries.  I bought a lid for it at a restaurant supply store but to rig up a grate for the bottom, I use some extra rings from the mason jars on the pot's bottom.  Works great (pun intended) and provides good use for some of the rustier, nastier old rings while keeping the jars off the bottom.
show more
1 month ago
food preservation

Carla Burke wrote:I'll not say what he said about people who didn't bother to even check on how much the recommended amount was, because it falls into the 'very not nice' category.

Thanks for the clarification.  I've always said that although I'm not the sharpest tool in the shed, my superpower is that I read and follow directions.  So I've never understood the aversion to doing so.
show more
2 months ago
home care

Leigh Tate wrote:
We added an outdoor laundry facility when we fixed and expanded our carport.

Wow, that's a beautiful set up.  Where's the washer from?  Looks like you mounted a bought wringer on a galvanized tub and built the set-up.  Have you posted about it?
show more
2 months ago
home care

Carla Burke wrote:A washing machine repairman once told me to only use 1/3 - 1/2 the amount of laundry soap recommended, too. He said more than that is not only unnecessary, but speeds deterioration of the washer and your clothes, by about the same difference.

That's because most people never bother checking to see what the recommended amount of detergent is in the first place.  Whatever "measuring cap" comes with it gets filled, and often then some, for each wash.
Usually that's triple the recommended amount.  When I was in college back in the 80's, my lab instructor for organic chemistry was a former chemist for Proctor and Gamble.  Nice guy and we were often chit-chatting. This was one of his pet peeves. He assured us that using extra detergent not only didn't get clothes cleaner but made them dirtier from residue.  His professional advice was that it's better to use less detergent and more time.  Time spent soaking is the far more efficient way to get clothes clean.  According to him, they actually worked out optimal amounts to use but "made their money on the people who thought that more equalled cleaner."
show more
2 months ago
home care 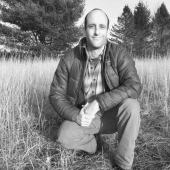 Owen Wormser wrote:An area the size of Washington State is mowed turf in the US and the adverse impact of all that lawn is enormous.

I'm most amazed when owners of a larger suburban property will have what looks like 2 acres of lawn.  My thought has always been "if I'm spending that much time and money on land, it better feed me or at least provide some beautiful flowers for my house!"
show more
4 months ago
lawn

We're in the wet northeast and have water table issues too.  If we build this we'll be building at ground level and using fill to cover.  Fortunately we're planning to build several ponds.  So there's our source of dirt to cover.  If my understanding is correct, none of Paul's earth-sheltered buildings are "underground" in the sense of below grade level.  I believe they're all built into the slope using dirt from the excavation to cover.  So none of this should become a giant swimming pool.
show more
4 months ago
crowdfunding

june 2020 kickstarter for wofati greenhouse
So I had my non-permie husband watch the video and critique it.  I thought it would be better to get input from someone who wasn't already "in the loop".  My thought is that you'll need to walk the line between appealing to the choir, and converting non-believers.

His comments are that he's not really sure of the problem you're trying to solve.  Is it greywater?  What's the problem with greywater in Montana?  Then you go on to talk about the greenhouse but don't explain how the greenhouse is going to fix the greywater problem.  He thinks you need to tie it all together at the end.

I showed him the point in the video where you go into that (0.34) but it was still meaningless to him because you didn't explain how greywater systems work so the bulletpoints weren't helpful.
show more
4 months ago
crowdfunding