podcast 405 - Review of Wild Wild Country
Oh! Sorry Paul, bit of a newbie to the thread system. Thanks I'll check it out. 👍
show more
2 years ago
paul wheaton's permaculture podcasts

podcast 405 - Review of Wild Wild Country
Just listened to the podcast, haven't seen the series, but just wanted to respond a little. I'd like to start by saying that I am a lighthearted though sometimes sarcastic person, but that everything I'm about to write is meant in the most sincere, gentle, thoughtful, compassionate, helpful way possible, and none of it is meant to be hurtful or marginalizing in any way. (I say this because the internet is a scary angry place, and I want no part of that.)

I am a Christian (in Canada) and wanted to chime in on the topic. I think that largely a lot of what Paul and Jocelyn said in response to this story is right about Christians and largely north american Christianity. Everything the people of that town did (as described) was unthinkable. And knowing what the Bible actually says makes it amazing to me that anyone could ever respond to different lifestyles the way those people did, and call themselves Christians. The irony being that much of America was founded by people trying to escape religious persecution from their governments and their communities. It turns out it only takes about a generation to forget why you're doing what you're doing and this is a great example of what can happen when a system of beliefs is handed down by blood and not by brain.

I say all this just to confirm that you are right in your assessment that Jesus life was characterized by going precisely to the people who were marginalized and on the fringes and sitting to eat with them, and though he called them to follow him and away from the life they were in, the harshest words he had were for the spiritual/political leaders of the time.

There is a difference between a cultural Christian and a Christian, and I think knowing the distinction might help interpret these things a little better. And although Paul's comment about "Jesus was a Buddhist" is totally absurd, I understand that by comparison, Jesus was a lot more like practicing modern Buddhists than he was like this particular, insular, closed minded, selfish, unforgiving, unloving, blindly hateful (culty???) Variety of Christianity displayed by those towns propel and government officials.

I hope this is all taken in the way it's intended. I am not saying I think all religions do the same thing or lead up the same mount or whatever popular rhetoric is on these days, but I am saying that I am happy to see new religious buildings go up even in my neighborhood because it means that where we live is a safe and inclusive place that protects those rights.

Thanks for all the podcasts, I hope this is helpful. 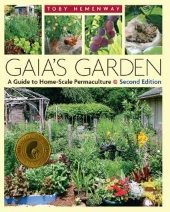 Gaia's Garden by Toby Hemenway
I am a bit over half way through this book and am quite enjoying it, I do find he spends a fair amount of time on what feels a little poetic or philosophical rather than the practical principles, but as the book progresses the more substantial the information gets. I find the tables the most helpful, and likely the things I'll reference the most in the future. Good stuff!
show more
4 years ago
books

Get Crown land in Canada
It's not free but I think there are 235 acres in mid-northern BC for like 50 grand. If I could convince my wife to go that far I'd be there right now.
show more
4 years ago
permaculture real estate