Is a gun necessary on a homestead? Is there any other solutions?
Police response time where I live is about 45 minutes. Theft is common. Although home invasions are rare, they aren't exactly unheard of. While I wouldn't shoot anyone over a TV, if someone attempts to come in my house whilst I'm at home, I must assume that it is more than my TV at risk.

show more
5 years ago
homestead
Is a gun necessary on a homestead? Is there any other solutions?
I think that presence is more important to deter human intrusion than a gun. If you aren't home, it won't matter if you have a gun. Dogs help, and so do visible cameras. A thief who is looking for a few bucks to score some drugs is looking for soft targets. Things sitting outside are more likely to go missing, gas cans, RE batteries - assuming you keep those outside -, copper pipes, wires, etc. Anyone who comes into your house while you are at home is a whole other category of intruder. Dogs help. My dogs let me know when anyone gets too close to the property. They wouldn't hurt anyone. They'd be as likely to run from an intruder as anything else, but folks don't know that.

I have a shotgun, long rifle, and a revolver. I spent twenty years in the Navy, so am comfortable around firearms. The shotgun was a gift, the rifle was to help me get my marksmanship scores up for work. I had some wild dogs come at me once, so picked up the revolver because I don't like to look like I'm on patrol when taking a walk around the property. I don't like to kill things, so hopefully the sound will be sufficient to deter the buggers should I see them again. We also have coyotes on the property that get pretty brave at times, going through trash, and worrying my animals.

I did have a frank discussion with the people who were suspected of doing most of the thieving around here. I explained, in no uncertain terms, my stance on crime and firearms, as well as the castle doctrine as it applies in our state. I haven't had many of the problems that some of my neighbors have with things turning up missing. I'd much rather people think I'm trigger happy than that they make a poor decision regarding unauthorized entry into my home.
show more
5 years ago
homestead

LED vs CFL vs halogen
I replaced all of my lights with LEDs. I can turn on every light in the house, and only draw 0.86 amps, 120 volt here in the U.S. My two oldest globes produce light of questionable quality. The more recent purchases are as good as an incandescent bulb. I dig 'em. 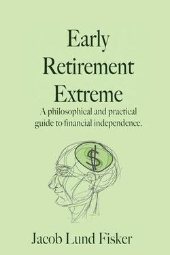 Early Retirement Extreme by Jacob Lund Fisker
I believe I'll give this book a read. I'm retired navy, did two years working in Afghanistan afterwards. My wife and I picked up some land after I returned, and I planned to take a year off before going back to work, in order to get the place livable. We found that without a mortgage, and one old car, we were able to hold our expenses at under $1 k per month. OTher than some occasional freelance writing jobs, we've decided that I'm not going to do the traditional job thing, after all.

With more effort and sustability improvements, paid for mainly in sweat and effort, we ought to be able to bring our expenses down quite a bit. I'm a minimalist by nature, my wife isn't, so figuring out the best way ahead isn't always easy. It is always good to see what solutions others have come up with.

I hope everything is going well up there. I'm just the other side of Clay county from you, out in the woods from Lizemores. My wife and I picked up 26 hectares, most of which has been logged recently, but we got it for inexpensive. Eventually, we plan to build a cob/strawbale house of some sort just up the hill from where we are staying now. We are moving fairly slowly, and enjoying the learning process.