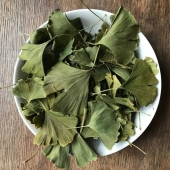 Ginko query
Wikipedia:
"Although Ginkgo biloba and other species of the genus were once widespread throughout the world, its range shrank until by two million years ago, it was restricted to a small area of China.

For centuries, it was thought to be extinct in the wild, but is now known to grow in at least two small areas in Zhejiang province in eastern China, in the Tianmushan Reserve. However, high genetic uniformity exists among ginkgo trees from these areas, arguing against a natural origin of these populations and suggesting the ginkgo trees in these areas may have been planted and preserved by Chinese monks over a period of about 1,000 years. This study demonstrates a greater genetic diversity in Southwestern China populations, supporting glacial refugia in mountains surrounding eastern Tibetan Plateau, where several old-growth candidates for wild populations have been reported. Whether native ginkgo populations still exist has not been demonstrated unequivocally, but evidence grows favouring these Southwestern populations as wild, from genetic data but also from history of those territories, with bigger Ginkgo biloba trees being older than surrounding human settlements.

Where it occurs in the wild, it is found infrequently in deciduous forests and valleys on acidic loess (i.e. fine, silty soil) with good drainage. The soil it inhabits is typically in the pH range of 5.0 to 5.5."

Also, this is a pretty concise lil pdf treatise as well:
https://www.google.com/url?sa=t&source=web&rct=j&url=https://nph.onlinelibrary.wiley.com/doi/pdf/10.1002/ppp3.7&ved=2ahUKEwip_fmMr_zpAhWoCTQIHRX-DEsQFjASegQIBBAB&usg=AOvVaw0RO1qBx5hr_1pvTnRRub8m

Seems like Anne is spot on though, if it like a low pH like that, it would likely appreciate a good amount of organic material, i.e. an established forest. There are lots of black locusts around here, maybe I'll find an existing grove and plunk a couple seeds down in the fall. Hot tips, y'all! Thanks!
show more
1 year ago
forest garden

Ginko query
Probably definitely over thinking it, but I like going deep on this shiz.
show more
1 year ago
forest garden

Ginko query
Anne, do you happen to know anything about ginko's origins? The area of the world where it comes from? I've heard that it's sort of a living fossil, that most trees and plants like it died out during the ice age. Kind of wondering if there are clues to it's preferences in where it survived the cold time...
show more
1 year ago
forest garden

greg mosser wrote:i've done it a number of times without much issue, stratifying in a pot outside over winter with fresh seed - my standard tree seed germination technique.

Dammit Greg! Some of us are trying to over think this!
show more
1 year ago
forest garden

Ginko query
Hey all. It's been a while since I got on here, I love that this place continues to thrive. Im wondering if any of you (Ms Stobart, mayhaps?...) have any experience growing ginko from seed? I've attempted several times to sprout the lil buggers indoors and out, tried soaking them in a super light solution of kelp extract, even tried cold stratification in bags of good forest soil in the fridge, but no luck yet. Any input or suggestions are heartily encouraged, and new methods will be pursued in the order in which they are received. Thankee kindly.
show more
1 year ago
forest garden
Question for Peter McCoy- remediation of heavy metals
Hey, Peter. I like your vid on cigarette butt remediation, and I'm wondering if there are any chemicals that you can think of to act as a precursor to train oyster mushrooms to remediate inherent pesticide and chemical buildup on old orchard sites? There are a lot of old orchards around this area, and its hard to trust fruit from a tree that is old enough to have most likely been sprayed or dusted with things like lead arsenide and calcium arsenate. What are your thoughts on heavy metal remediation?
show more
5 years ago
fungi

Community production of iron
I've helped out with a bloomery smelt and two crucible steel smelts, all of which involved electric blowers, industrial firebrick, beer, and lots and lots and lots of burning carbon (coke). I enjoyed myself, but felt a little greasy after taking part in such dirty, industrial processes. In my mind's eye, I'm seeing the whole process revamped to include more community involvement, as well as removing the fire in favor of solar heat from a parabolic mirror/ Fresnel lens combo. I think I'll still include the beer, though... DIY organic free-range beer? A community of like-minded individuals with the clean production of iron and steel, either forged into tools and such onsite or sold as a raw material to eco-savvy blacksmiths, as a common goal. Nail-making, iron gates, etc., with a forest garden backdrop. Can I get an A-men, bothers and sisters? 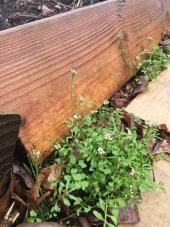 New edgy plant has appeared - can you ID it?