Rake hoe
This is my new favorite tool!  (Technically it is called a 4 tine cultivator, but we prefer rake hoe.  😂).  My daughter in law found a used/ antique one and I used it to clear sunflower row, a long 2 foot wide raised bed that had been overrun with creeping Charlie, dandelion and grass.  It made the job so easy!  I bought my own, but the tines are not sharp, as hers was.  I may have to rework it.  It comes to the garden every day now along with the hori hori and primers.
show more
2 weeks ago
gear

* Welcome back Yury Smirnov, of Ecominded.net, for Fokin hoe giveaway!!
Yay!  You are back!!!
show more
2 weeks ago
gear 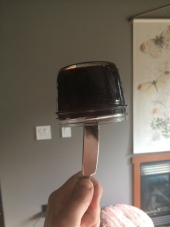 Mary Cook wrote:
Others' story reminded me of my squash bug problem, particularly my first year here. It got kinda bad by the end of the year, but I still had decent harvests. I left the mulch in place, figuring cold would kill the bugs. The following spring the squash bugs completely killed my winter squash, summer squash and melons. The next year I waited till July first to plant squash in that garden and never saw a bug. Maybe the little cucumber beetles, which don't do significant damage but one year they brought in mosaic disease that ruined my zucchini. I don't use foil and get good squash nearly every year--I just spend a little time, as much as every other day, investigating each leaf of my plants and removing egg patches. I squash any nymphs or adults I find. And throw the leaf bits with eggs into the wood stove.


Help me understand squash bug failure.  Last year was the first we saw them and they quickly decimated our squash that was lush and lovely one day and brown and dead the next.  I did not pay attention earlier as I had never had this problem with squashes...only powdery mildew for which we swapped for resistant varieties.  Now that they are here, will they attack all curcubits?  What to look for?  When to plant?  I was almost tempted to grow none.

On a more hilarious fail, I found what I told my coworkers looked like a femur in my hot compost that had been recently delivered.  It was hot, so it was covered in a gray white dusty ash.  I was thinking cow femur, but my coworkers convinced me since I live in a pretty high crime area that I should call the police.  I had dreams about the guy who lost his femur.  Thankfully, it rained and when I went out to get the " femur" assuring it was still there before I called police, it became apparent that it was just a stick.  My coworkers were highly amused and left me this note with a scrap of mulch on it the next day.  😂
show more
2 weeks ago
gardening for beginners

How to Make a Face Mask
As a nurse, I really thought wearing masks in public was silly but then I read a well researched article on the statistics of mask wearing cultures versus non such as our own.  Mask wearing cultures are doing FAR better.  Since Covid19 is thought to spread by droplet and contact, an N95 mask is not required.  Any comfortable mask with at least a double layer, preferably with a pocket for a filter, will be useful in stopping spread.  Gloves in public are not a good idea unless you plan on taking them off, sanitizing hands and putting new ones back on every time you get in and out of the car.  Carry a pocket sized hand sanitizer and a disposable paper towel for hands and cart handles instead.  Our hospital has posted a mask pattern so I know that wearing a home sewn mask may soon be a possibility, but nursing homes and home health workers need them now.
show more
1 month ago
sewing

Prevention and treatment for novel coronavirus COVID 19
Nice quick reference from Matthew Wood/ Phyllis Light respiratory class yesterday regarding current respiratory issue: Preventive stage = 1/3 adaptogen (herbs that aid the body in adapting to various stressors)/ immune support herbs, 1/3 warming herbs, 1/3 demulcents (moisturizing mucus membrane protective herbs).  As plan for early stages of illness add herbs per symptom and stop adaptogen herbs after a few days if it continues to progress (this is where we stop elderberry and such).  In early stages amp up heating herbs and demulcents.  If early stage has clear thin nasal fluids, okay to use drying herbs as long as still balanced with demulcents.  And lots of talk of Angelica.  :)
show more
1 month ago
medicinal herbs 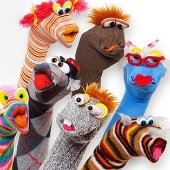 Upcycling mismatched socks
I only buy wool or cotton.  So if one is dead, it goes to the compost heap.
show more
2 months ago
upcycling 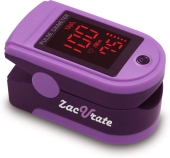 Corona virus (covid-19) prepping
I am today going to stock up on ginger root.  Juiced it is a good first line defense used early in viral illnesses.  Elderberry and Reishi already on hand.  Licorice tea also very useful.  I work at a hospital ER so contact is likely inevitable...mostly from coworkers unfortunately.  We suit up for potential cases but when one of our own starts spreading things around, it takes off.
show more
2 months ago
survival

Wearing wool in the summer

I have found some wonderful brand new wool socks, I think the brand is "darn tough" or somehting like that, made by a small privately owned company inVermont, I think.  Their long socks stay up the calf ALL DAY.  I don't have to pull them up several times every hour.

I wear them summer and winter.

Darn Tough are my favorite!  I have 4 pairs of their good witch crew.  They are guaranteed for a lifetime but even though that is pretty much all I wear, they show no signs of deterioration.  I wear them all year too...that is if I am wearing shoes!
show more
2 months ago
animal fibers