Permaculture Playing Cards by Paul Wheaton and Alexander Ojeda
They are indeed beautiful.  Being a bit of a board game aficionado, I've been casually trying to figure out how they might fit into a permie-based board game.  Sophisticated games these days have cool mechanics like engine-building, which is.. well.. pretty much like starting a system.  It's also reasonably easy to simulate weather using modified dice rolls.
show more
4 years ago
digital market 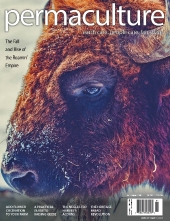 Cassie Langstraat wrote:THE SECRET IS OUT FOLKY FOLKS! Here is what I left permies.com for, I have been SOOOO anxious/excited to share it with all of you!

Well done and congrats. Anyway to subscribe to just an electronic edition?

Hi Mike.. I think this is a good question to answer here. On the site, she mentions an electronic-only subscription will be available in June after the first print edition goes out.
show more
4 years ago
web sites
Building a Water Sensor
This sort of product is great, and it seems the market is about to take off..

I guess the question I'd have is what makes Sprout differ from the other 7 products in that article or linked from it?
show more
5 years ago
projects

forest gardening with martin crawford
I imagine this isn't the most appropriate place for this question, but the video reminded me to ask again..

Are there common techniques for developing firm boundaries around forest gardens? I'm talking about places where you've got a fence (maybe even chain-link) with neighbors on the other side who may not be thrilled about your garden poking into their property. The best I could come up with so far is to establish a path around that perimeter to act as a buffer between the vegetation and the fence. Plantings that trespass that space could be pruned back. Of course, the downside is it leaves a good chunk of space where you otherwise would have been able to plant.

Anyway.. any thoughts would be appreciated.
show more
5 years ago
forest garden 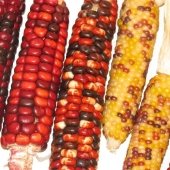 Permaculture Tonight Podcast - dialectic learning with experts
Do you happen to have an RSS feed? Or did I just completely miss it?
show more
5 years ago
teachers' lounge
URBAN DEATH - a new response to death and dying
Along these lines, I'm sure many here have already considered these measures.. but if you believe strongly in a natural burial (or at least no embalming), it's important to state so in your will (or other pertinent legal documentation). It may be that your family doesn't know of your wishes, or they might succumb to the hard sell of the funeral industry in the midst of grief. Making your wishes explicitly clear can really, really help. Sorry if I'm just stating the obvious here.

After listening to these and thinking a bit, there's a question I want to run past you. Would it be fair to identify all this in another way, as "the problem is permaculture for permaculture's sake"?

If so, I think that's a resounding human flaw in general.. The tendency to glorify one's niche at the expense of all others. Just look at religion (I say this as an Orthodox Christian). But, back in the world of soil.. I think it's the big reason why permaculture principles don't get a lot of traction in the ag world. Not that polyculture doesn't work (the chicken-egg of soy, corn, and wheat demand worldwide is another topic altogether), but it's easy to see people dancing in mud and ignore Mark Shepard. It's why Jack has a subset of his audience that is tired of him talking about permaculture, and another that can't get enough of it, but don't want to hear about guns. Frankly, it rears its head around these forums sometimes too.. among people who are supposed to be interested in the same thing! I think this might be what you're getting at when you talk about some declaring "It's not Permaculture enough!" when presented with a design or project.

What I'm hearing you say is we all need to take a deep breath, have a little humility, and, well, remember it's "people care", not "dogma care".
show more
5 years ago
permaculture voices
Podcast episodes 100-101
And, continuing on this theme, Diego has introduced Episode 102

Any new thoughts, y'all?
show more
5 years ago
permaculture voices