Yeah, I'll add as well, and after the fact, but hey, I found the thread just now, so maybe others will find it remains useful too.

Best leech remover I ever met was a duck named "Fluffy Quacker" who used to join us kids when we went for a swim in the brook (in Maine too). He'd dive down, come up with several leeches on his breast, eat them all off, and dive for another course of "leech de canard".

I guess now we might label him as a trap species, or a leech predator. Back then he was just our buddy at the swimming hole.
show more
2 months ago
ponds

Screaming hot spot in the garden where nothing can grow. Cheap/free suggestions anyone?
Been scrolling through the replies to this question, and reflecting on likely candidates for surviving the rock desert conditions.
Were it my spot, I think I would approach it by fattening the margins provided close to the rocky space; using the established zones as pioneers to change adjacent conditions. Think of them as leaning into the sun and casting a bit more shade, ideally also creating soil in that shadow zone.

I'd be seeding natives that have proven themselves, especially legumes, and with an emphasis on deciduous, because in this situation, "messy" leaf drop is what I'm after if I want to build soil.  And for sure, I'd be berming and making micro-catchments with stones for every single plant I add. You can see some good examples by googling "micro catchments". It's been a standard technique for reclaiming eroding hill sides and hostile environments for a long time, especially in places like Africa where funding is scarce and needs are high. The images show it works well. And a longer project discussion that might give you further inspiration: Greening the Desert-The Sequel

I wouldn't mind how these native soil builders and shade makers actually look, because the primary function is to serve as "nurse plants". They create conditions where others can establish themselves. You can decide in a few years which to keep and which have done the job and can be chipped. I'd plant in mutualistic 'guilds' of shrubs, trees, herbs, bulbs, etc.

Species that cast less shade, such as Mesquite or Palo Verde still offer tons of ecological value, and maybe could support native vines that add to the shade they cast.

Around here (Spain), I have seen boulder-strewn hillsides with no irrigation happily occupied by Carob trees, which while not native, are well adapted. They make soil, cast good shade, provide sweet pods, and break apart the rocks with their roots. I'd try them in Sedona. From the looks of the climate data I just saw, they should do well. Same for date palms and figs, which also go wild here in difficult landscapes such as you have. I also wouldn't be waiting to budget for apricot trees. I'd save all my pits and plant them on my walks. Some will sprout. Some will do better than others. Some may actually thrive. They fruit in just a few years.
show more
2 months ago
greening the desert

Screaming hot spot in the garden where nothing can grow. Cheap/free suggestions anyone?

Debbie Ann wrote: Everything in my gardens were covered in pill bugs and earwigs and lots of other bugs. They never stopped at the compost! They ate everything and multiplied like crazy.

I'm not sure if this would help, but my mallard-type ducks LOVE pillbugs/rollypollies/isopods/potato bugs/what-ever-they're-called-regionally. Sluggo also works on them. Mallard ducks probably wouldn't care for the super-hot heat in your hot spot (mine were unhappy when we got to 110ish last year), but maybe muscovies ducks can handle the heat better?

Maybe lizards would work better than ducks there? What other local critters munch bugs? How to make them feel welcome?
show more
2 months ago
greening the desert
what about landrace beans?

I’m not sure if they ship to Europe, but if you are looking for non Japanese source of kombu, Maine Coast Sea Vegetables is a U.S company sustainably harvesting kelp from North Atlantic waters.

Thanks for the tip. I imagine there will be shipping and import costs that make it unaffordable, but I'll check them out in case they have a European distributor.
show more
3 months ago
beans 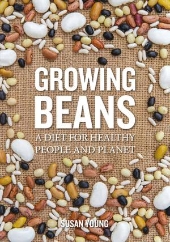 Sat Atma Khalsa wrote:To make beans easier to digest, you can add epazote, a Mexican herb. There is a European herb as well, what is it called in english? Bean herb?  Aah, no, it is called savory.

I love epazote (Dysphania ambrosioides) ! Beans cooked without it are lacking something. Oh wait a moment..... they are lacking epazote!
And yeah, the Savory comes in two kinds, Summer Savory which is an annual, and Winter Savory which is a shrubby perennial like thyme.
I learned to call the annual plant 'Bean Herb' as well when I lived in the Netherlands.
show more
3 months ago
beans
what about landrace beans?

Gina Capri wrote: You also cook beans with potassium, per my sister-in-law’s advice, so they give you less gas.

Sounds really tasty, Gina! What form of potassium does your sister-in-law recommend ?

Also, I like to allow my beans to just barely sprout before cooking, as I understand this converts some of the unedible sugars into edible forms. It's the oligosaccharides causing gas, because we lack the enzyme to digest them.

Searching around just now I did find a number of articles with suggestions for increasing digestibility, including soaking at least 48 hours, slow cooking and cooking with Kombu (a seaweed available in dried form). Personally, I'm concerned about where the Kombu is farmed, as some of the seaweed farms in Japan were bathed in the radioactive water dumped from Fukushima, and still leaking into the sea to this day.

As I posted somewhere else here, I now freeze my soaked beans before cooking them to save cooking time and fuel (and thus CO2). I haven't really compared the 'fart-factor' on this strategy, but I do sprout them before freezing.

I'm sure there's a lot more to this than I know, so please, if anyone has more information, chime in!
show more
3 months ago
beans

Help me fix this land, what would you do?

My new strategy idea was to dig trenches on the sides from the road downward to the low end, and make two pools/ponds on both sides so that the water goes there instead of flowing to the middle and low end where I made the rectangle last year which is now flooded. And also elevate it with wood chips maybe

I'd have to see how the trenches/ditches and ponds work out to keep the water away first I think.

And some inspiration- https://www.youtube.com/watch?v=86gyW0vUmVs
Chinampas
show more
3 months ago
hugelkultur

Help me fix this land, what would you do?
Just throwing in my 2 cents, after reading through this thread.

Thanks for posting the 'problem', it has inspired some very interesting exchange! (Thus already productive)

Were it my patch, I would dig the cat tail bog deeper and make an actual pond there. Since it's a relatively small area in total, I would use the drier time over the summer to regrade the whole field while digging the pond, and create a stronger slope towards the pond, while spreading the soil removed to make it deeper back over the surrounding field.

That would enable me to have a nice biodiversity focus while planting something like arrowroot on the margins...I could leave or dig and eat the roots as I chose later. I would make at least part of the pond margin into a boggy zone that I would then plant with cranberries and blueberries. Maybe some elderberries.

I'd also get a few dumps of wood chips to mix into the clay while the regrading operation was happening.

If I removed the willow, I would be sure to chip it so the pieces dry and die faster. I would not put any logs or branches into my hugel beds until they were definitely dry enough not to resprout.


Kris Nelson wrote:I have two small fields. The soil is quite heavy in clay. 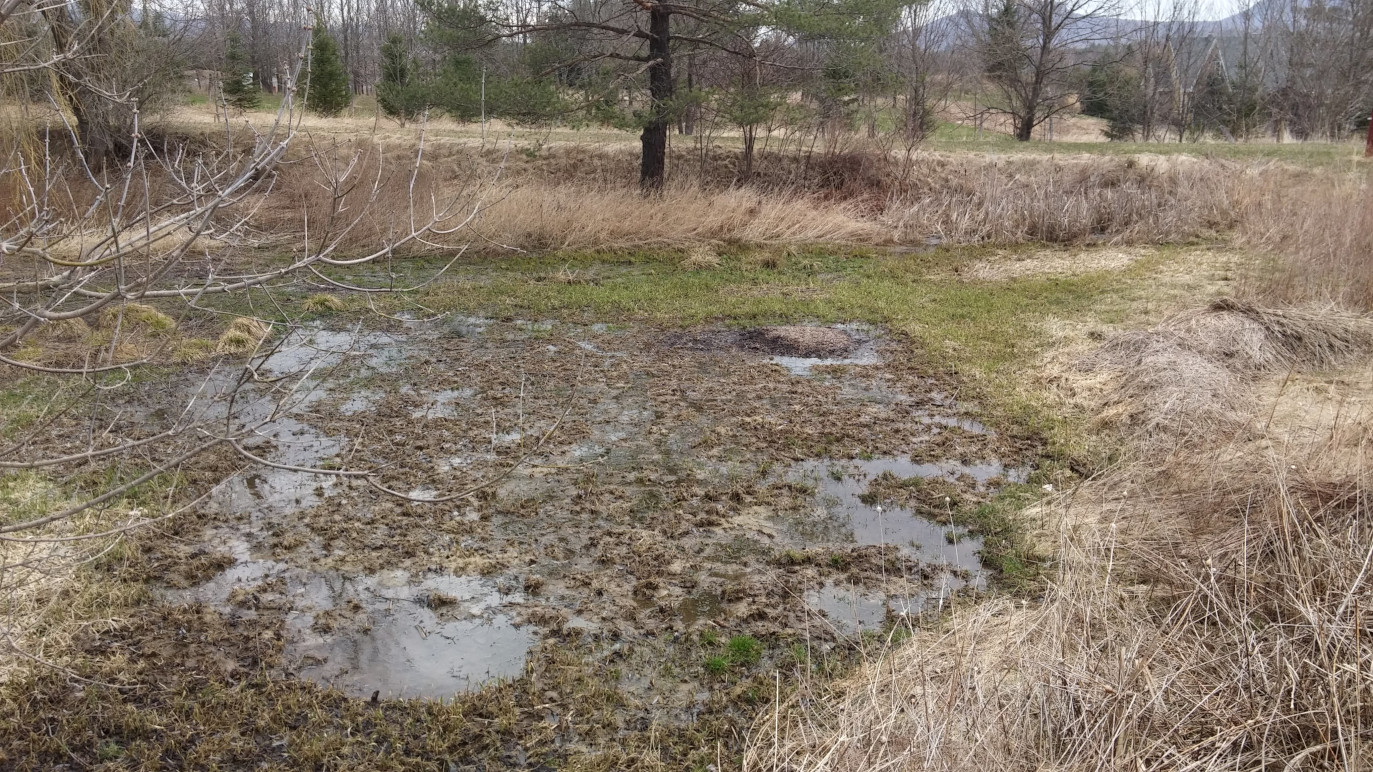 Harvesting seeds from your groceries
The actual issues around avocados from pits are that 2 slightly different varieties planted near one-another cross pollinate and thus produce more heavily. There are very few varieties in commerce, so better to sprout a wrinkly skin plus a smooth one, and plant both.

You can always graft for earlier bearing, or tastier fruit. I'd graft rather than wait.


Beth Bauer wrote:On avocados:
My kids love sprouting the seed with toothpicks over water, but that’s as far as any I’ve ever started got. Then I read somewhere on the Internet (so you know it’s true) that most seeds from grocery store avocados will never produce a plant that bears fruit.  Has anyone had any luck ever sprouting their own fruitful avocado tree?

What's your favorite color? (Poll)
I don't know as I have an absolute fave, but there are some colors that consistently awe, uplift and occasionally stun me with their beauty.
I lived many years in central Vermont. Around dusk the sky turned a luminous blue. Just before full dark, it grew into an intense pre-indigo tone. The 1920s and 1930s artist Maxfield Parrish captured light beautifully. Before living there, I thought his colors surreal. After living there, I understood he had captured reality on canvas. 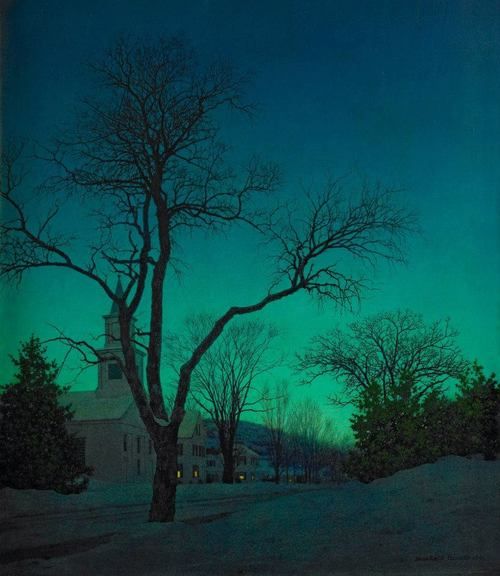 Another 'spirit color' for me is what I would call "New Beech Leaves". It's the shade of green that saturates the soul when you step into a beech forest early in the Spring. 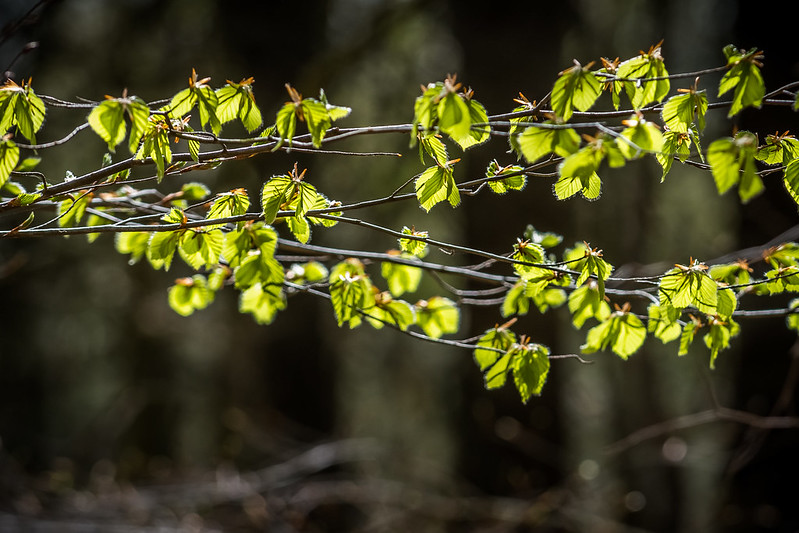 Both of my choices rely on luminosity. They are expressions of Life.

Nicole Alderman wrote:I had the random thought today: "I wonder if permies favorite colors are different than the general population's average?"
[applepoll]
And, of course, feel free to discus why you think your favorite color is the best, or to suggest a color you want added to the poll! (And, if you don't have an apple and therefore cannot vote, ask, and I'll probably give you one